Editor’s note: In the coming weeks and months, Worcester Sun will chronicle the trials, tribulations and triumphs of Sun contributor — and aspiring small business owner — Giselle Rivera-Flores as she explores ways to help her daughter and other Worcester families find affordable educational support and assistance. This is the first in an occasional series in which we plan to illuminate the acute struggles of families with limited resources, and how families and entrepreneurs alike can navigate the political landmines and red tape to start their own business — and make a difference.

The words, “We recommend Brooklyn repeats the second grade,” ran through my mind for hours after the meeting I had scheduled with faculty and staff at my daughter’s Worcester public school. It was seven weeks prior to the end of the academic year, and here I was facing the toughest decision of my life.

Do I let my 7-year-old repeat second grade despite all of her exceptional progress?

It was now 4 a.m., the day after my meeting, and I was no longer overwhelmed by worry. Instead, I felt an abrasive feeling of frustration.

How can a teacher decide the future of a child based on a few observations that do not showcase her full potential? How can a teacher tell her she has been an excellent student all year and then recommend she repeat the second grade less than two months before completion? I must be the only parent in a constant state of confusion over my daughter’s academic success, I wondered to myself as I sat at my kitchen table reviewing a year’s worth of Brooklyn’s A-graded work.

The sun was rising, a new day was beginning, and I was still baffled by the decision of the school. Still in the kitchen, Brooklyn’s work still spread across the dining room table, I stood in total silence and at a loss for words. I would have to break the news to my daughter about the recommendation made by her teacher and I didn’t even know where to start. I better toughen up, I thought.

Brooklyn was now waking up with the biggest smile on her face, in high spirits to start her day at school like every other morning. 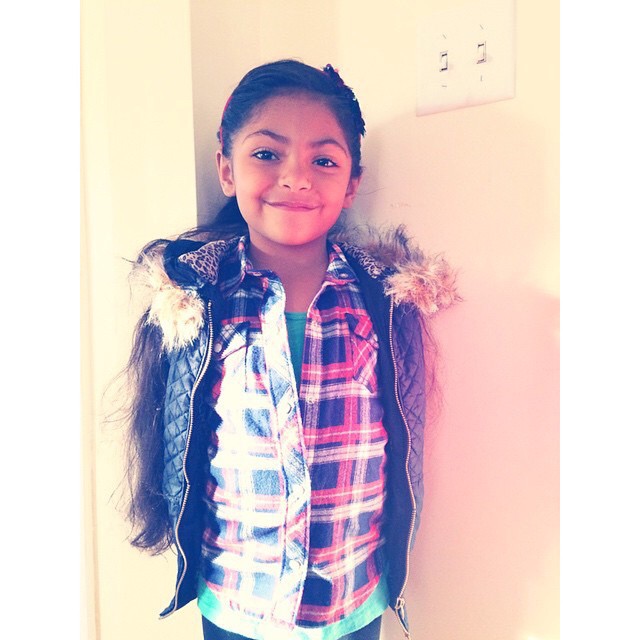 She ran into the kitchen to eat her breakfast and sat with a smile, describing to me the day ahead of her. “We have art today, mom. That’s one of [my] favorite classes,” she said through a mouthful of waffles. I smiled and realized I had to hold my tongue. I refused to be the messenger of bad news and have this haunt her day at school as it had haunted my entire night. So I decided not to. I wanted to think things over more before telling her.

Now, let me give you a bit of history on my daughter and her experience in the Worcester Public Schools. Since kindergarten, Brooklyn had been observed by myself, my husband and her pediatrician to have difficulties in maintaining attention and focus for long periods of time. A bright child with advanced skill sets, according to pediatric assessments, Brooklyn started to show signs of Attention Deficit and Hyperactivity Disorder, commonly known as ADHD.

After an initial meeting with her pediatrician of five years, I did what any other parent would do, and I began to research and educate myself on the condition. If I was going to help Brooklyn, then I would have to understand what makes her tick, how her thought process works, and most importantly how this impacts her everyday life. Coupled with the research I gathered over countless nights and with the help of the pediatrician, we formulated a plan to help Brooklyn early on, as this was already posing difficulties for her kindergarten teacher.

I approached the school with forms from her pediatrician to be filled out. If we were going to help Brooklyn, we needed to have the school join us in our mission. Unfortunately, the kindergarten teacher failed to return my forms within the academic year after several attempts, on my part, to have them completed.

This was the beginning of my long battle of advocacy for my daughter. This was the moment I realized that this would be a harder transition than I initially expected. 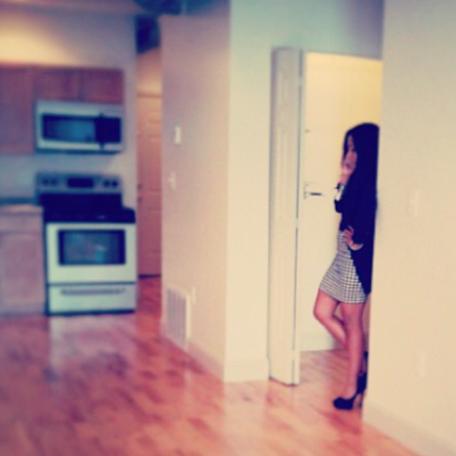 Giselle works the phone, trying to find solutions to her and her daughter’s problems.

Although Brooklyn was experiencing issues with her ability to concentrate and focus on her work, the teacher did not recommend Brooklyn repeat the year, nor did the school indicate she was in need of additional help. So I took that as a good sign for Brooklyn, and we moved along to first grade.

It was now three months away from the end of first grade, and I was in another parent-teacher conference. I sat quietly listening to the teachers explain that Brooklyn was experiencing problems with focusing and completing her work in a timely manner. I expressed my equal concern, and explained how I had attempted to elicit help from a teacher the year before but was unsuccessful.

I was thrilled. It was finally happening, and she finally was going to receive the proper course of treatment, additional help and support from the school, the pediatrician and her family. But once again I was wrong.

I reiterated to the school that I would need the teacher evaluation forms completed in order to seek additional help through her pediatrician and other outlets, like one-on-one tutoring. This time, I also asked the school to complete a psychological evaluation within 30 days – a timeline given by the state, not my own personal request – but I was faced with disappointment yet again. A hundred phone calls later and upon the 90th day of my pursuit to complete the evaluation and teacher forms, I finally received a call back from the school informing me of the date she would be evaluated.

I was thrilled. It was finally happening, and she finally was going to receive the proper course of treatment, additional help and support from the school, the pediatrician and her family.

But once again I was wrong. After an evaluation and a meeting with the teachers and staff to discuss Brooklyn’s learning needs, she was denied a 504 plan due to her high ability to comprehend and her understanding of her grade level course work. In other words, she was smart and the teachers did not feel she needed extra help. For those who are unaware, a 504 plan — derived from the federal anti-discrimination legislation, Section 504 — is a structured learning model based on the needs of a child with learning difficulties. It is student-specific, and for Brooklyn it would have meant more time on exams, being separated from her classmates during work time, eliminating as many distractions as possible, and allowing her additional one-on-one help on topics with which she struggled.

At the end of this meeting, the school recommended Brooklyn repeat the first grade because she was one reading level behind her grade level. With three months left in this school year, I requested tutoring services and one-on-one assistance for Brooklyn to allow her the extra time she needed to boost her progress, but school officials stated that they did not offer such opportunities.

We refused their recommendation and advanced her to second grade, an option parents have until a child reaches a grade level where standardized tests are the determination of students’ advancement. I began to seek other outlets for help. If the school wouldn’t help my daughter, then I was determined to find an organization that would.

[Editor’s note: Eventually, during second grade the school decided a 504 plan would be appropriate for Brooklyn, who started third grade this fall.]

Once I began to speak with representatives of each center, though, I learned that placing Brooklyn in tutoring would place my family in a financial quagmire.

Over this past summer, after I left my portfolio management job, I searched and searched different organizations. I reached out to the Board of Education, which indicated there was nothing the school could provide for her to ensure that her ADHD did not cripple her chances of academic success.

I reached out to tutoring services in the city, hoping they could provide the additional time she needed to reach her appropriate reading level. I spoke with the three leading tutoring services in Worcester: Sylvan Learning Center, Kumon Math and Reading Center and Knowledge Quest. With great testimonials on the websites, I was excited to get Brooklyn set up with a tutor that understood her needs.

Once I began to speak with representatives of each center, though, I learned that placing Brooklyn in tutoring would place my family in a financial quagmire.

All three learning centers listed their exceptional services at exceptional prices, starting at $50 per hour. They all estimated Brooklyn could use anywhere from 2 to 4 hours a week — a total average range between $400 and $800 a month. I was speechless. 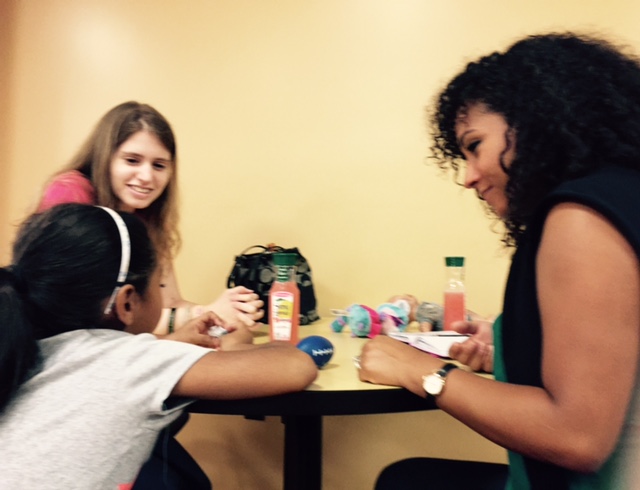 Brooklyn and Giselle, right, work with a tutor they recently found through universitytutor.com. They pay her $15 per hour for MCAS guidance.

With an average annual household income of about $80,000 — an income significantly reduced at the time by my decision to leave my career and fully focus on helping Brooklyn after school with reading and homework — how could my family afford an additional $800 per month? I started to feel as if I failed my daughter. The help was there but I was unable to provide it due to financial constraints.

It was another sleepless night for me as I paced my home, searching online for a cheaper solution. How can a parent provide a better education for their children in the city of Worcester with limited options for additional help and resources? With a high range of low-income households in Worcester, how many other children and families were facing the same financial burdens posed by tutoring and better education like I was?

It was a moment of clarity for me.

Maybe, just maybe, I can fill that void in Worcester by launching a tutoring business that caters to all learning styles and offers flexible, low-cost services. Perhaps even with scholarships for families experiencing extreme financial hardship. The concept made sense and it ignited  a fire of determination within me.

“I’m going to open a tutoring service,” I said to my husband with excitement at 2:30 on a Monday morning.