The war in Sierra Leone lasted for 11 years, 1991 to 2002. Within these years many people lost everything.

Some lost their lives, others were maimed by rebels. It was a spillover from Charles Taylor’s war against his people of Liberia just for power and wealth. Sierra Leoneans embraced the war because they were disgruntled with very poor governance that had lasted for decades. In fact there was a one-party state with no opposition. The days were dark and empty, with nothing to look forward to.

Augustine Kanjia, a student then after the attack on his home, decided to go see his grandmother. On his way a lot happened, as he retells in the beginning to this incredible story below. 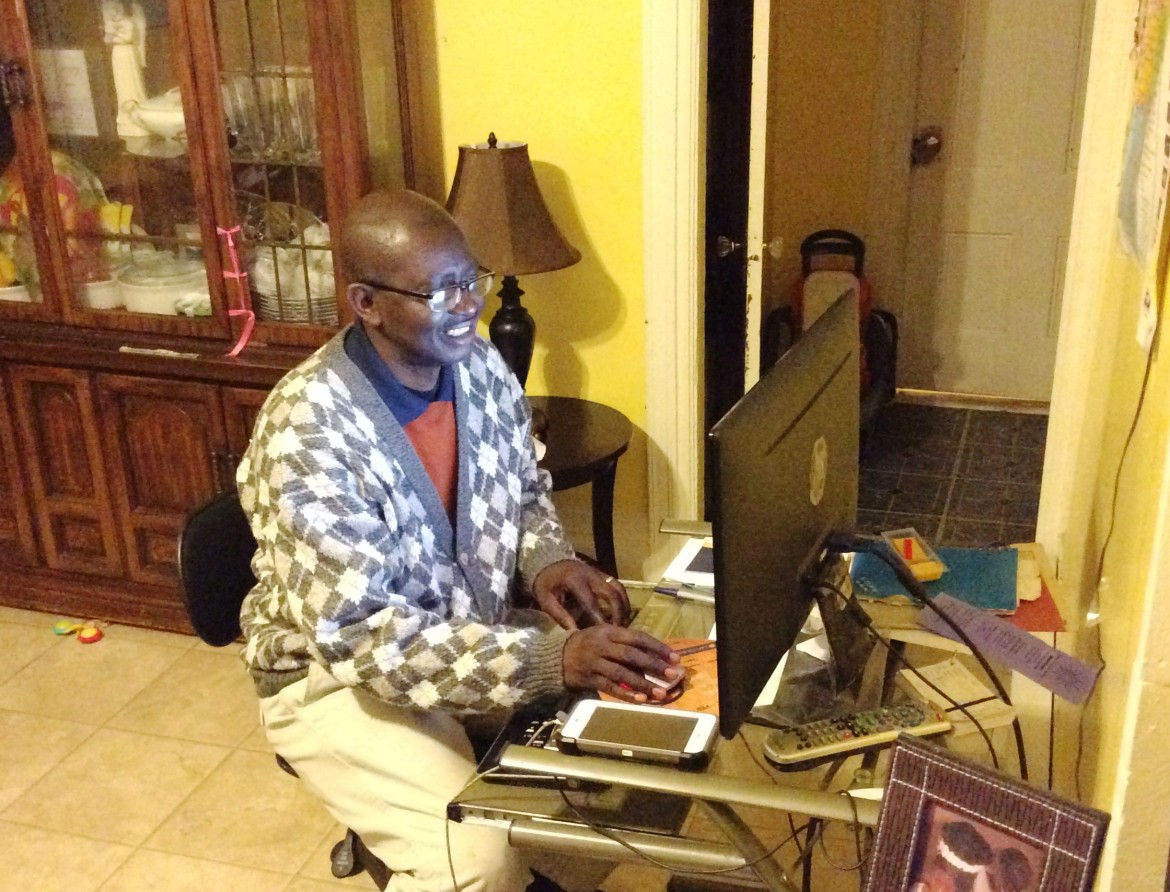 The roads to Motema, my home village, from the capital were all closed for three weeks due to the rebel insurgence. After a month, there was an announcement by the then-minister of defense saying the rebels had been beaten back appropriately, and that it was then safe to move around. Cars moved up country in convoys, men and women walked on foot to their villages.

After one to two weeks, the rebels resurfaced in pockets along the roads to main towns and cities. They were mostly bandits that had left the mainstream army to become rebels, thus nicknamed, “Sobels.” This was a mixture of soldier and rebel, a new word. My grandmother wanted to see me. She never knew if I was alive or dead, and she wanted me to see her before either of us would die or be killed or separated.

First, it was a decision between life and death because no one knew the consequence of travelling. Secondly, there was [a] money problem, the lack of it. I felt I had no defense at any time if the “Sobels” had attacked; no one would have known that I was killed, neither would anyone really care about my death at that time, but I had to go pretending that nothing dangerous would happen when I was there.

On March 15, 1995, I decided to go to my Motema, my hometown in the diamond-rich area of Kono in the east of Sierra Leone. It was evening, the dust rose over the city with human activities.

I was at the bus station to book for the next available bus going to that end. I was given a ticket for the evening of the next day. I was there the next day, got on to the bus and occupied the middle seat. We all looked at each other; we were 34.

The bus left swiftly as people bade us farewell, and zoomed amid cheers and the joy of seeing brave people venture into trouble as a test of the waters.

I prayed and my imagination ran on unending, asking how I could escape if there would be an imminent attack by bandits to steal our belongings and take some able-bodied men with them. I took nothing with me for the journey. I turned all pockets inside-out to start the long journey.

The passengers who do not listen to news commented on the war, some blaming the government while others, the rebels and the international community. There were informants I would believe, representing either the government or the rebel faction. It was difficult to partake in the discussions; I rather started praying very hard within me. I had some inner satisfaction that took me a long way. People explained about how people have been killed by rebels, how villages have been ravaged by them and how the government is weak. My heart pounded in fear, my temperature rose and changed like a disabled man on horseback.

Many of them spoke against the rebels, blaming it on tribal lines, while others blamed it on ex- president Charles Taylor of Liberia. But it is sure that the government was culpable for the war. The government was engaged in subversive activities, corruption, greed, oppression of the poor and needy, and the lack of progress against unemployment and the very high cost of living. They did not care to see the above as a reason for the war.

I waited for someone to say my exact answers, but no one seemed to get even close to any of them. It was forbidden to talk about the government, or else I or those who said anything negative would be labeled as enemies of progress in the country. It was dangerous to be on such a list for fear of unlawful attack and eventual death at the hands of unknown persons. I then feared to be entangled in a controversial conversation. The next person may have been a government sympathizer — I was not sure.

Shortly, our old bus left, hitting the highway to the diamond area of Motema. Those who knew the danger stood and bade us good luck, as if we were soldiers going for a battle. The eight-hour journey started with silence and anxiety as we hit bad and uncomfortable potholes every mile or so. Venturing farther, the apparent spoils of war appeared. Burnt-out vehicles, skulls, and human remains could be seen littered on the roadside.

I was cold with fear and terrified at the sight. I could not return to the city where I came from, since the signs were not good on the road. Right ahead of us was a hill with thick bushes like a canopy, with a little stretch of good road.

As he jumped out of the door I grabbed his left leg tight, and he was shot in the head. He dragged me on his way down without the rebels knowing.

As the driver negotiated the potholes, the formerly talkative passengers kept mute. It was no child’s play, I suspected. The passengers suddenly heard a gunshot that was directed to the driver. His head had been blown off with its particles all over us. There was pandemonium, and the hubbub continued as everyone looked for a way out. The uncontrolled bus hit the walls of the hills and rolled uncontrolled until it came to a standstill down a flat place behind a hill. Passengers jumped out of the windows or through the doors, but the killers were bent on killing everyone and then stealing our possessions.

Those who jumped earlier were made the dumpsters for the later bodies jumping. I was dead confused; I prayed and prayed within.

Then a thought came to me. I applied it by holding onto someone’s foot while I crawled and he jumped out the door. I made the quick decision before we last two passengers would have been killed. As he jumped out of the door I grabbed his left leg tight, and he was shot in the head. He dragged me on his way down without the rebels knowing.

I quickly rolled under the bus with my legs out among the dead.

I lay still saying the Lord’s Prayer, but could not complete the first line. “Our Father who art in heaven …” was distorted over and over again. It was not my fault; panic could cause you to forget your name. I found it hard to make the sign of the cross. The rebels came close to our bodies, heaped up like animals after slaughter. They went through each pocket, taking all contents including bags. Those were all packed away from the bus. I was kicked when they saw my pocket out before they could do anything. I nearly cried of the kick but woe betide me to betray myself. I kept mute, with my eyes turning under the vehicle fearing that they would move the vehicle and just run over me since they thought we were all dead.

They heard the sound of a vehicle from afar, and they ran in that direction to attack. Before long they set fire to our bus and left. Heads burst with loud sounds. I feared the more, and tried to move out.

In an apparent move to escape, I saw a woman close to the tire who was shaking. She was in shock. I did first aid and she got up asking if we were all dead.

I grabbed her by the hand and ran away with her to nowhere.

It was frightening. We slept in the bush with no sense of direction or where we were or heading to. We risked wild animals and walked for two days in the forest and bush. Was this the end?

Read Part 2: The struggle for survival in a strange land

284 thoughts on “Part 1: The Decision That Saved My Life”