[Part 2 of the unbelievably true story of Augustine Kanjia.]

Read Part 1: The Decision that saved my life

No one would believe that an African could be a foreigner in a neighboring African country, yet it is a pertinent notion in this case. I survived by the flesh of tooth in that country called The Gambia.

After my dramatic escape from the rebel attack on our bus in Sierra Leone, I continued to escape from Guinea to Gambia. [Editor’s note: The women Augustine escaped the bus with (from Part 1) traveled with him for two days before coming upon a town. The villagers split them up and detained him because of blood on his clothes. He never saw the woman again and does not know her fate.]

Tiredly arriving after some three days’ tedious journey, I arrived on the Gambian border with Senegal. There was tension then with the rebels in the Casamance region in Senegal fighting against the Senegalese government for autonomy.

The Gambian authorities denied my entry because, according to them, I could have been a spy helping the separatist movement. I had no idea what they were talking about because I was still afraid of what I went through and wanted to relax and settle down — to try washing away the incident. 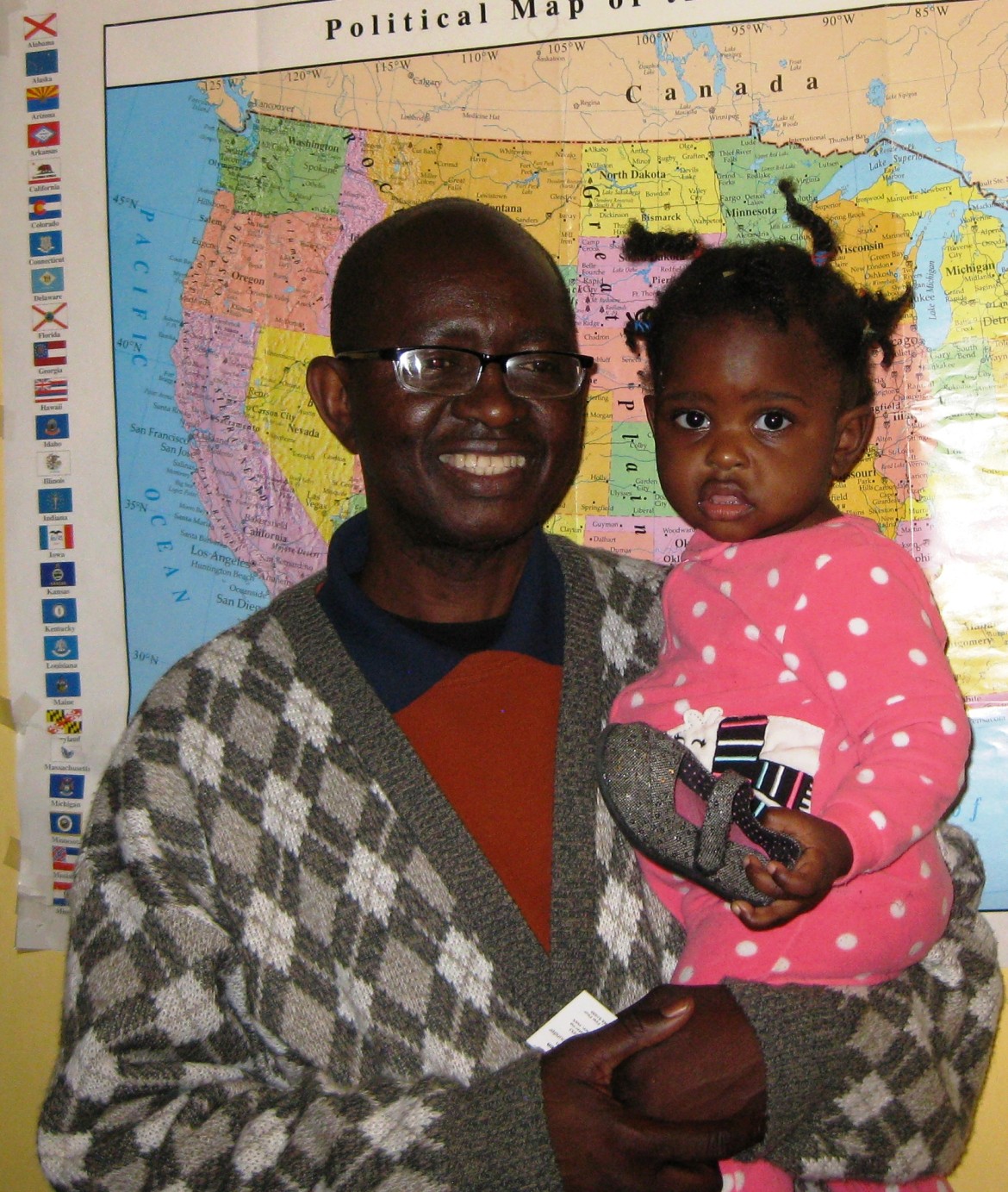 I was deeply perturbed by their pronouncement that I should enter the same truck to return where I came from. I pleaded with them to understand my situation and to allow me to see some peace.

The police seemed very unfriendly, but a little bribery from one of the passengers allowed him to enter easily.

I had nothing to give, only my reporter’s notebook and an old recorder with no battery. I retreated and returned to the nearby Senegalese town of Tamba Kunda. That same afternoon I got assistance from some good guys who took me to the border again.

I was rejected the second time by the same set of angry-looking police.

I eventually escaped, walking for the whole night to change my position and enter the same town I had been rejected from entering. The road was a bush path. Big birds cried loud with different strange sounds coming from all angles. I was not afraid at first, but as I kept going the bush became thicker and lonelier.

It was dark and night came fast, and I had not arrived near a town or village. I kept going, and I eventually arrived in a big town, a part of the same town I had been deported from. People were in bed but a few idle ones hung around the streets.

I looked for the Catholic church, where I introduced myself and eventually became a choirmaster.

I decided to become a teacher. That was the beginning of my struggle. I was asked for my credentials to teach, and I told them to wait until the next day. In fact I’d brought no school document with me.

I returned to my small room, and cried the whole night. Was I to be fired? I wondered. I was temporarily fired. Many laughed at me, but I went to the United Nations High Commissioner for Refugees (UNHCR), who gave me a written document to attest that I was a refugee so I could not come with any document.

I was taken to Grade 1 to teach. The children could speak no English, and I did not speak their local dialect.

The school eventually understood I was a newspaper reporter. I became popular in a few days. Having studied the terrain, I knew it was dangerous to become a reporter.

There was a way out.

The first thing I did was to associate myself with media houses and then choose the one I preferred to work with in secret. I chose a pen name and used it for my first article.

The bread in Basse was poorly prepared, and it was that I fed on instead of rice. Their bread was baked locally, by some set of tribes. They had no machine to mix the flour. Late in the evening they entered the oven building where they would use their feet to mix their flour. Their nails looked very awkward and dirty, yet they put them in the flour.

I had found pebbles and nails many a time when I bought such bread.

I then came up with an article and I used a mixed name for my byline, Augustine Mustapha. They knew I was Augustine but Mustapha was not familiar. The article was captioned, “Bad Bread in Basse.”

I was confronted by many people, but I denied it. The schoolchildren and teachers started insulting me about the article. They all knew it was my work. I was quick to deny, but I was in deep trouble. These were mostly uneducated people; the few educated ones sided with them against me, which made matters worse.

I was physically attacked on soccer pitches. The situation became very fluid for me. I had to run home from the pitch, as all the players ran after me for my article. I entered the principal’s office and he protected me. He had to beg the group for forgiveness and took some money to the town chief, who accepted and asked the boys to stop harassing me.

One night, as I lay down to sleep, I heard a sound from my back door. I was startled, and I curiously and slowly opened my front door and tiptoed away from the scene to the principal’s apartment. I knocked his door gently and he saw me. He knew I was in trouble again.

I watched from the principal’s window. There were five boys, strong, tall and furious. We watched them curiously but we could not identify any of them. They were dressed in masks. They opened my window and came to my door. They found no one there. I lay under the principal’s bed quietly. The principal went outside to drive them away from the school’s premises. He was attacked and wounded before they fled. He was taken to the hospital that night, and I was left unprotected, but the door was closed.

I reflected on my ordeal while under the bed and thought maybe this time I would not be freed from harm. An idea came to my mind.

The principal’s wife was not home, but her clothes were left behind. I smartly dressed in her clothes, camouflaging for the onlookers. I left everything in my room and went away with only a novel, “Love on the Rocks.” It was a love story. Could I compare that story with my life story? No, it was a contrast because mine was a hate story, nothing to do with love.

I boarded a bus to a city I did not know. Just about entering the bus, I saw some kids who knew me well. I got my ticket and sat down, removed the clothes, and I asked the kids to help me out by taking the dress to the principal. It was then that some of those who intended on attacking me saw that it was me dressed up like a lady. I fled the town and went to an unknown area.

I had already learned a lot about the police. First, they take bribes, they are unsympathetic, and they hate foreigners. There was a checkpoint ahead of us. I looked with keen eyes and asked the driver to stop before the police checkpoint.

I had no papers to identify myself or any reason strong enough to let them understand my situation. Meanwhile, my friends and family at home held a funeral on my behalf as the news indicated the bus attack had claimed all lives.

Could Gambia be a consolation, or a difficult time for me? The answer will unfold soon.

I was apprehended by the police. They demanded money, but I had nothing to give. I was put in their stinky cells. I was in tears, because no one knew where I was. No one to bail me, no proper food, with mosquitoes plying the whole room day in day out.

I walked up the village and entered the last house. They could not speak English. The oldest man was wise enough to ask me to sit and wait for his son, Kasim Jammeh.

Kasim was a teacher in a local primary school. He became my friend and gave me a place to sleep. I was honored, but there was no sleep that night.

I went to the police checkpoint and sat around the police. They harassed all visitors who came through the checkpoint.

I took note of all that was happening for a possible publication with my “Bad Bread in Basse” story. I asked one of the drivers quietly if they could take me to the capital city, Banjul. He agreed and I paid him upfront.

He kept talking to the police on my behalf in case they found I had no identity papers. I ran out of luck close to a town called Lamin.

I was apprehended by the police. They demanded money, but I had nothing to give. I was put in their stinky cells. I was in tears, because no one knew where I was. No one to bail me, no proper food, with mosquitoes plying the whole room day in day out.

Well, I thought, they will let me go soon. I was then released after two days, but they kept my novel, “Love on the Rocks.” I told them I will come again someday to take my book. I continued walking on foot to Lamin Town, where I sought refuge.

There is much, much more to this story, and Worcester Sun will continue to bring it to its members. Check back for the next installment of the unbelievably true story of Augustine Kanjia.

185 thoughts on “Part 2: The Struggle for Survival in a Strange Land”