With the first museum in the nation to purchase works by Claude Monet and an ever-growing community of art enthusiasts, it is no surprise that Worcester — more specifically the entrance to Worcester East Middle School — has another piece of art history attracting attention.

In the foyer of East Middle stand four murals by Jenne Magafan highlighting one of the city’s most significant historical figures, Jonas Rice, Quinsigamond settler and preeminent Worcester forefather, and the depiction of Grafton Hill’s early days.

“We first found out about these murals last fall when we both took a class with the former director of the Worcester Art Museum, James Welu. He directed our attention toward these murals because we are both chemistry and art majors [Editor’s note: Well, chemistry majors, art history minors.] and were looking for something we could potentially conserve, and so this project came up,” said Sarah Valente, co-founder of the Magafan Mural Project. 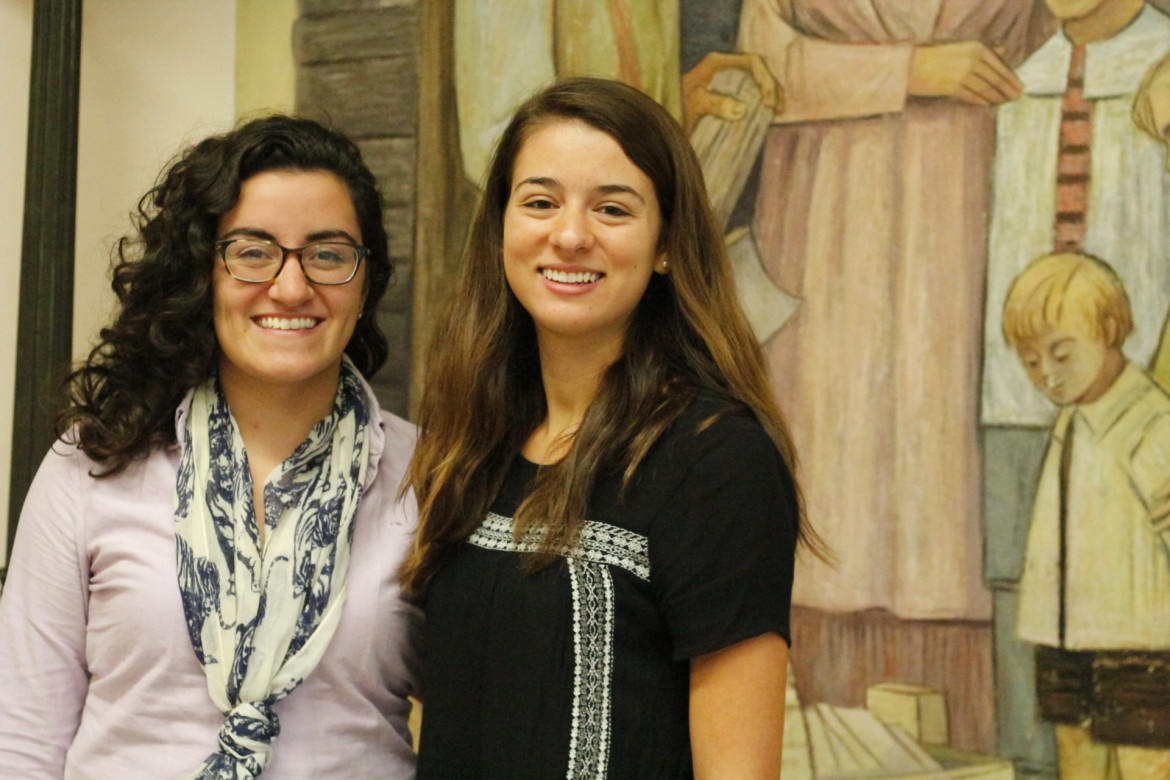 “We visited the murals, thought that they were very important, and met with the Worcester Art conservators. Through our research we found that these murals were one of Jenne Magafan’s last pieces but also that [they] depicted Jonas Rice, Worcester’s first permanent settler and schoolmaster.”

Magafan and her twin sister, Ethel, were acclaimed artists beginning in the late 1930s, painting murals across the country — Jenne’s first was in a Nebraska post office —exhibiting at the Los Angeles Museum of Art and eventually entrenching themselves in the Woodstock, New York,  arts scene of the mid-1940s.

Tragically, Magafan died of a cerebral hemorrhage in 1952, only a week after returning from Europe where her husband, Edward Chavez, and sister had been working under Fulbright scholarships. The four East Middle/Jonas Rice murals had been completed in 1948 and 1949, Jenne’s last commissioned works.

Valente and fellow College of the Holy Cross senior Nicole Landry have turned this school assignment into a citywide awareness project. Their mission: to preserve the murals and their correlation with the city’s history, and to educate the students of East Middle on art culture.

The duo have gathered the community and city art experts to help advance their cause. Placing an emphasis on the importance of art culture in an academic setting, Valente and Landry are striving to inspire an “engaging curriculum around the history of Worcester, the chemistry of paint, and mural art.” 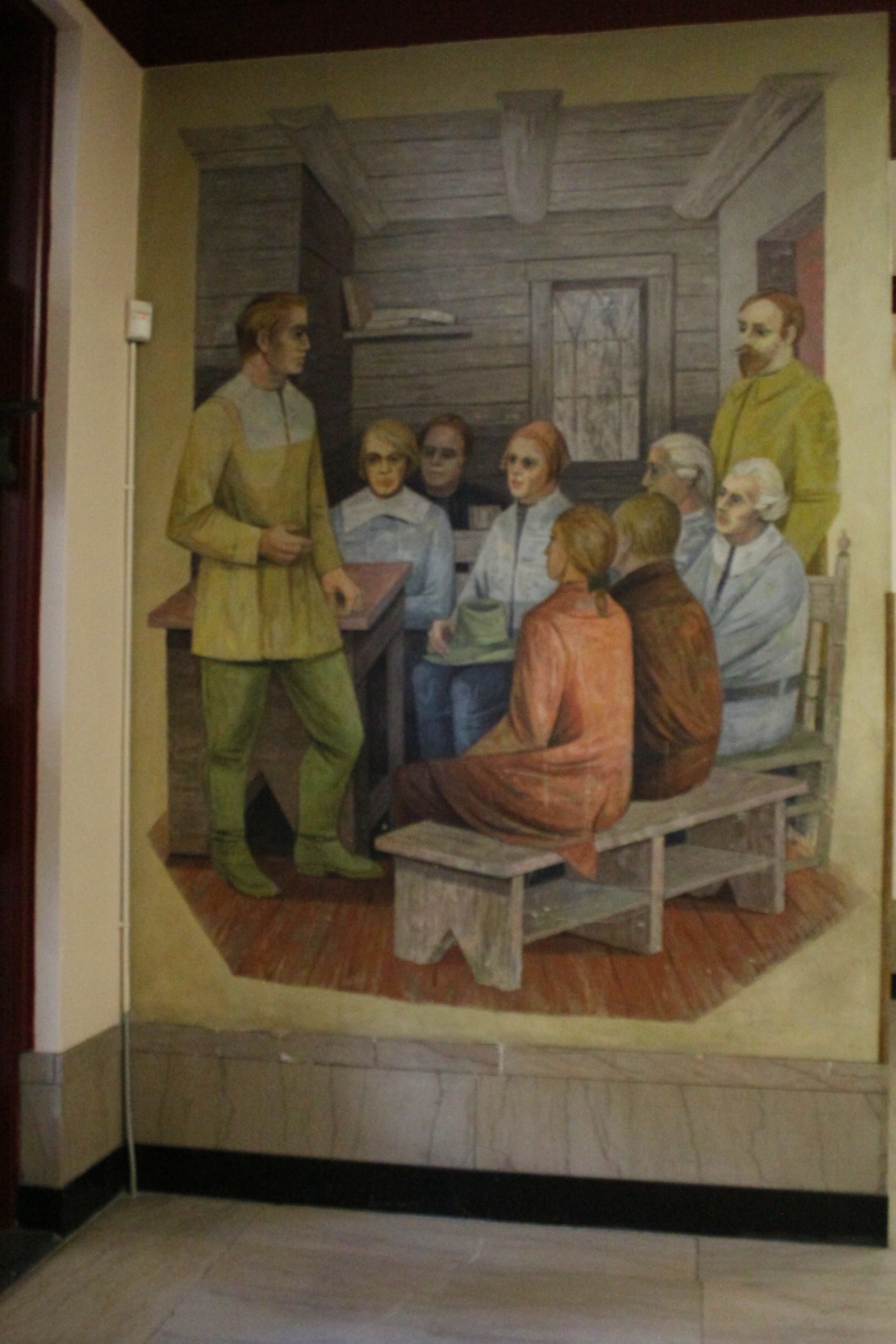 “The Election of Jonas Rice as Selectman,” 1949, is one of four murals by Jenne Magafan depicting the Worcester forefather that adorn the walls of East Middle.

Community involvement has picked up steam in recent weeks, and the team recently commissioned Gwen Manthey of the Boston MFA as the project’s head conservator. Sarah said, “We will need between $10,000 and $15,000 to complete this project from beginning to end and we have just received a $1,000 grant last week and are applying for a grant from the Worcester Arts Council in the next few days.”

Valente and Landry have been able to gain grassroots exposure and financial backing through friends and family. A grant was used to research and build the project’s website.

On Oct. 29, the Student Art Society of Holy Cross will sponsor a silent auction displaying works of art from students and faculty from Holy Cross and East Middle School. During the event, they will also ask guests to participate in the creation of a community mural.

“We hope to see everyone come and enjoy the event. We have a huge mural we want to create with the participation of guests and we hope to see different skill levels of art in the mural and capture the community,” Sarah said.

“Everyone is invited!” Nicole said. “We are excited to see everyone come to the event and hope to raise additional money for the project. We are currently trying to arrange transportation for the students of East Middle so they can participate in the event as well.”

“It is important for the students of East Middle to attend the event,”  said Kenneth Salins, art teacher at East Middle. “This is a great opportunity for the students to link themselves with higher education and understand that there are career options that they may have never heard of.

“Many students are not aware of a career as an art conservator and this is a great way to show them the possibilities.”

Although many agree that art can improve a child’s academic success, programs that allow for students to indulge in their artistic interests are scarce in the city.

“Most of these students do not leave this area. They are from Grafton Hill and do not have exposure to the rest of the city, let alone access to the Worcester Art Museum, so I volunteer my time with students who show interest in the arts,” Salins said. “We help incorporate art into academics and over the years we have been trying to improve the appearance of the school. We have painted the hallways, hosted events open to the public to bring awareness of the school’s needs for improvement, and I have started an art after-school program for the students.

“With Sarah and Nicole now starting the Magafan Mural Project, we see this as a great opportunity for the students.” 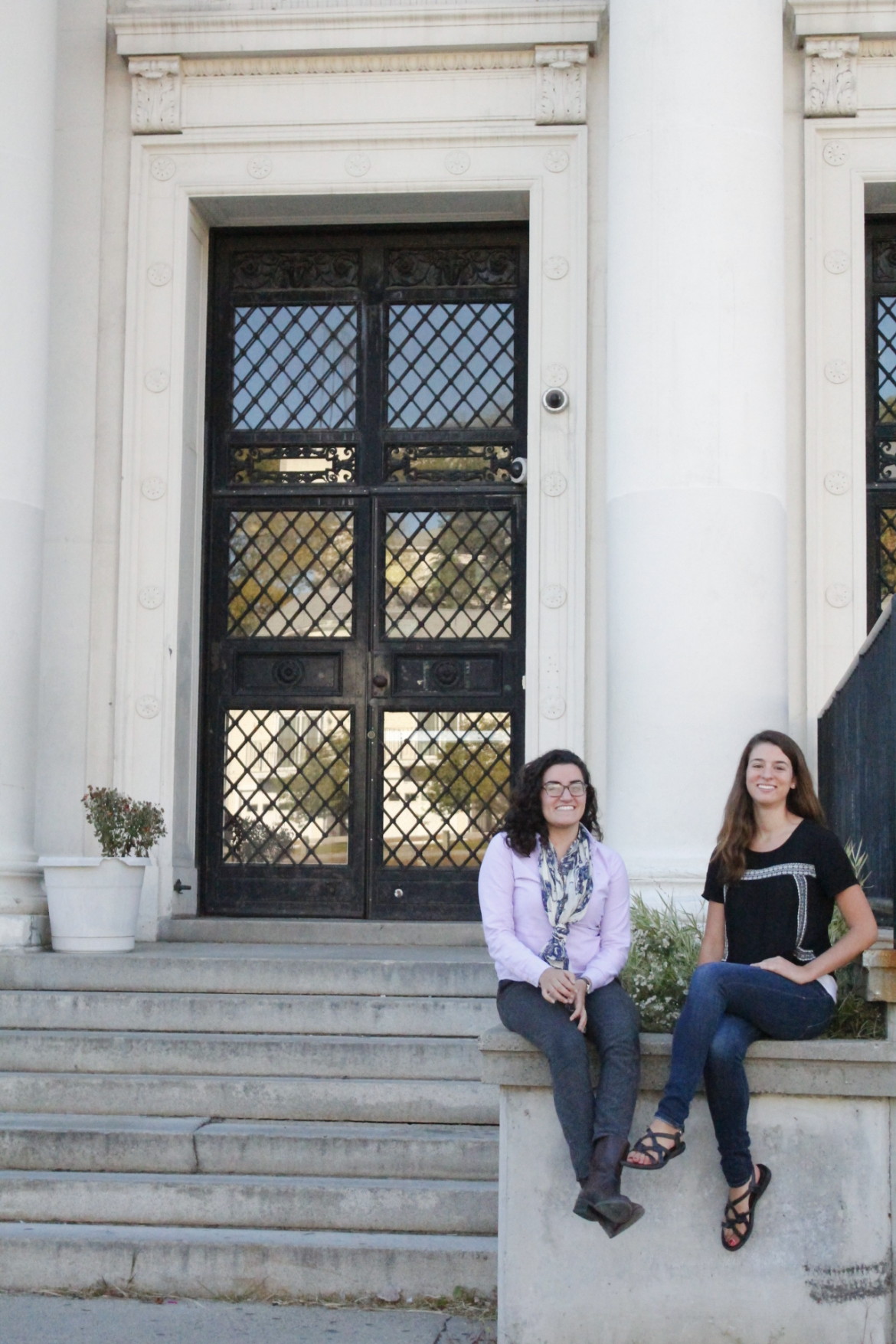 East Middle has 100 students enrolled in its after-school art program. Salins, for one, is gratified to see art making an impact on Grafton Hill. “They have started a great project and the students have been exposed to a level of art appreciation,” he said.

The project founders hope to reach their fundraising goals by December and start the restoration in early January. Most of the project conservators and participants will be using volunteer time and plan to complete the project by April.