Taking the plunge into starting a new business is easy. The brainstorming and concept-launching is a piece of cake. Author Dan Clements writes: “Leaving the rat race is not as daunting as it seems. You’ll look back in later years and marvel at how easy it was and how much you gained for so little cost.”

Clements obviously was not starting a tutoring center in the middle of December in Worcester!

My leap of faith into the tutoring industry may leave all of the tutoring in my hands instead of in the hands of the Worcester State University students looking to earn credit toward their education degrees. 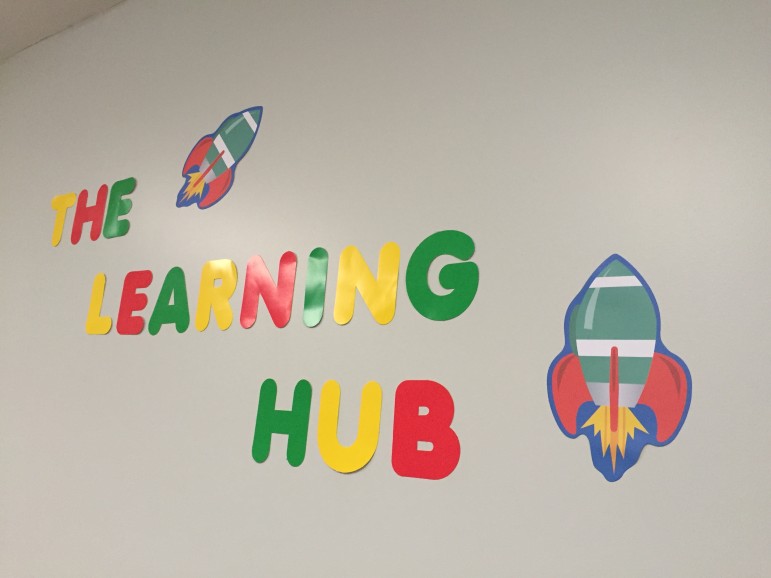 Just as The Learning Hub is about to take off, along comes an unexpected challenge.

Worcester State is now closed for semester break, and with that so is my access to students. There have been more obstacles in recent weeks than early on, but this challenge has placed a large dent in the launch of The Learning Hub.

“I initially had nine math student tutors for The Learning Hub,” Lewis said. “We are now down to four students. They are worried about the amount of time they have to dedicate to the center each week. Some have conflicting schedules with work, and the four current student tutors we have are getting ready for winter break and we may not be able to get them in as soon as you open.”

This is the part of entrepreneurship that sends you on a self-doubting spiral of discontent.

Things are not going according to my 30-page business plan, and I am starting to panic. I was relying on the students from Worcester State. Now I am starting from scratch only a few weeks away from our soft launch.

The cycle of self-doubt is undeniably the hardest to recover from. It is the part of the cycle where you say to yourself, “Wow, I can’t believe I thought that I could really pull this off. What was I thinking?”

After a few days of hibernation from the world and feeding into self-pity, I realized that I had too much riding on this venture. I gathered my thoughts, brushed off the negativity and self-doubt and reminded myself of my Big Why – my reasons behind starting The Learning Hub.

I was back on track. 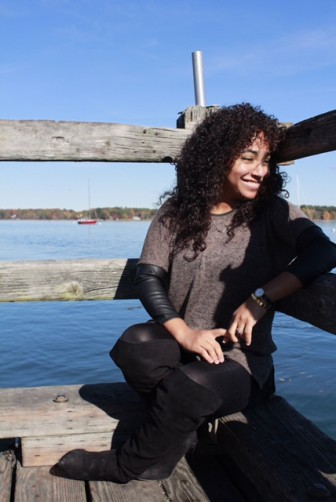 Though the last few weeks have been anything but smooth sailing, Giselle finds a way to stay positive and focused on her goals.

They say 90 percent of startups fail because they lack something – they lack capital, ambition, ideas, perseverance, funding and, at times, they lack the simple concept of optimism.

When the road to business ownership becomes difficult, the chips start to fall and the idea of what could have been an amazing new venture never breaks into the real world. I refused to let my idea die in the hands of someone else.

If my business is going to fail, it is going to be because of something I lacked and not because of the lack of external forces such as participation from student tutors.

It was time to get creative.

I decided I would take on the role of tutoring students for the first four months of business with hourly dedication to students and group tutoring sessions on Fridays.

With four years of experience in tutoring and teaching my own daughter, Brooklyn, creative ways to better understand Common Core and the academic expectations of her teachers, how could I doubt that I would be able to tutor the low-income families myself?

There was no question about it.

The plans have altered, and I may not have the Worcester State students as soon as I open the doors to families in January, but that does not mean I will scratch it off my list of goals. I will continue to seek students from Worcester State and set up a better timeline, away from school vacations and finals, to ensure I have the commitment needed.

We are a few weeks away from the soft launch, and although the plans have been altered, I have been able to find solutions and evolve with the change.

I added Saturday learning labs to the calendar in hopes of capturing more time with students and enhancing their learning experience through creative approaches to math, science and language arts.

In a recent meeting at a Worcester public school, one I will not name, the teachers gathered around the table to discuss their lack of time with students. They expressed their concerns about remaining in the low percentages of standardized test math scores because of their lack of time in the school schedule to clarify and answer individual questions from students. These students are then sent home with homework that neither the student nor the parent understand.

What I heard in the meeting was clear. All these students need is time, and time is what I will devote. If this starts out as a one-woman show, I am OK with that, because I know that the devotion will stay consistent and the needs will be met for these students.

Follow along with Giselle’s inspiring journey from the beginning: