Well, there’s been a distinct and unrelenting parade the last several months involving media of all shapes and sizes. A procession led by a particularly bombastic, divisive and egomaniacal sort of grand marshal. And followed like a lost puppy by any schmuck with a poli-sci degree.

And the Trump goes marching on … and on … and on! Hitches watches, and waves, from the sidewalk. 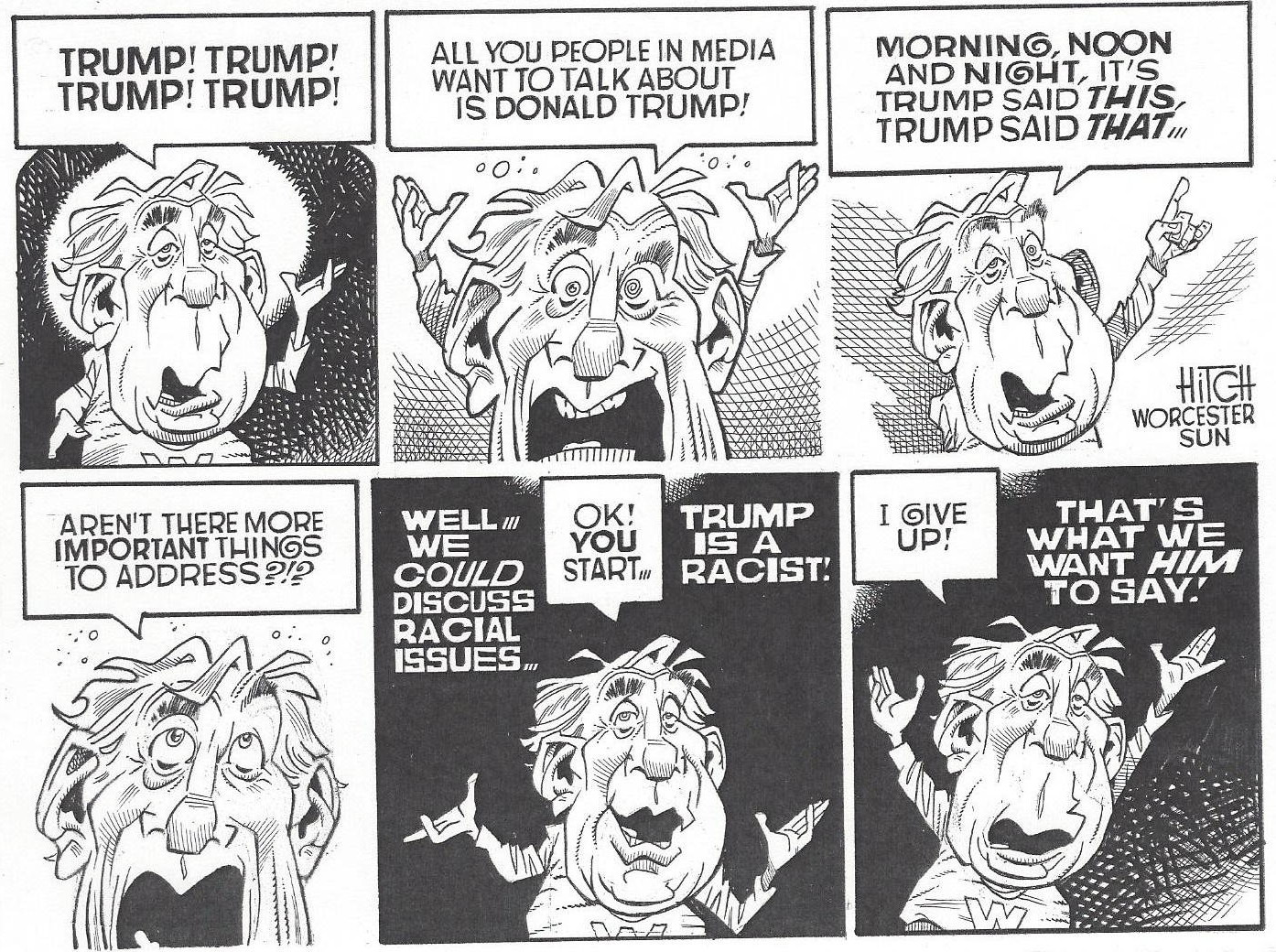