While the long-awaited safety audit reviewed last week by the School Committee — and calling for $1 million in critical upgrades — was being conducted in September, the school department cut a position from its safety liaison office.

Now a top school official and members of the School Committee are skeptical that the Worcester Public Schools are positioned to adequately respond to the review by Norwell-based Good Harbor Techmark LLC, which in addition to the critical upgrades identified more than $5 million in overall improvements at the 15 schools it canvassed.

School Safety Liaison Robert Pezzella told the Sun last week, “To say that we’re going to put a million dollars of new funding into school safety, when school safety has recently been cut, is very worrisome to me of how we are going to fulfill the recommendations of the audit.”

Pezzella said a school adjustment counselor assigned to his office received a promotion to another department. The position in the school safety liaison office was not filled and then cut.

“I’ve always had adjustment counselors assigned to my office, and to a certain degree, strictly for school safety,” Pezzella said.

According to Pezzella, now the sole employee of the safety liaison office, the adjustment counselor spent half her time working in the safety center with children, and the other half dedicated to school safety issues.

School Committee member Dianna Biancheria said at the Thursday, Dec. 17, board meeting that she would like to see the position filled with a replacement in order to help support Pezzella’s department.

“Right now, we don’t have have any other department in Worcester Public Schools that is a stand-alone person. I’m making the suggestion to administration that they rethink how this department is presently and not wait months down the road,” she said.

Pezzella confirmed that he had a meeting with interim Superintendent Marco C. Rodrigues on Friday, but he would not comment beyond that.

When asked how feasible implementing the recommendations of the school audit would be, School Committee member Brian O’Connell said, “It’s going to be difficult. That’s really only $5 million to fix the 15 schools covered by the audit. We have 45 schools and I’m assuming the cost would increase considerably.”

“The report we received from Good Harbor Techmark was very thorough and it encompasses all aspects of the RFP,” Rodrigues said in an email. “The report is complimentary of most protocols and processes we have in place and it also identifies areas for improvement, including some gaps.”

Last school year, nearly 50 school employees and 36 students were assaulted, and there were 40 incidents of weapons being used in a school. There were four bomb threats at North High school and a fifth presumed threat resulted in 599 students being absent in one day.

“To begin, the District, City of Worcester (City) and public must seek to define what it truly means to be a ‘safe school’,” reads the report’s introduction. “While many tend to focus strictly on physical security features (i.e. “we need more cameras”), a broader definition and focus is necessary. … The expectation of schools solving all security problems with additional personnel or security devices is simply unsustainable.”

Although the audit supports current ongoing safety measures [school liaison officers, North High’s Lead Teacher for School Safety and Security model, and hazard response planning], points out that there is plenty of support from “stakeholders” and that recent data shows suspension rates have gone down, the call is still made for increased efforts.

According to the audit, [Editor’s note: Starts on page 20 of the linked PDF of the Dec. 17 meeting agenda] there are 93 “critical” and “high” safety measures that should be implemented immediately. Those carry an estimated cost of nearly $3 million.

These measures include the expansion of the school safety liaison officer program, reevaluation of the use of private security guards, and improving the infrastructure of current security systems.

The audit also calls for creating the position of an Emergency Preparedness Officer (EPO) that reports directly to the Superintendent.

According to the audit, the EPO would make an estimated $194,300 per year, or $500 less than the gross pay of former Superintendent Melinda Boone in 2014.

O’Connell said, “I think we could economize [the audit] by expanding the role of our current school safety liaison officer. It certainly would help if we spoke to [Pezzella] to see if the expanded role [detailed in the audit] would be something that would be of interest to him.”

O’Connell notes that if Pezzella is willing to take on the responsibilities outlined by the audit’s EPO, the school safety department would benefit from it and the district wouldn’t have to take on the increased costs of the position.

For the past 17 years, the city has employed Pezzella as its school safety liaison – whom the audit now calls to report to the EPO. In 2014, Pezzella made just under $117,000.

The audit states the EPO “will be responsible for unifying and coordinating preparedness efforts with both the City and each school, acting as a liaison with City command level emergency functions, and providing oversight and implementation of security designs to include conducting trend analyses to measure effectiveness.”

Rodrigues said, “As per the Emergency Preparedness Office position recommended in the report, it signifies the gap in operational procedures. The report recognizes the limitations of the School Safety Liaison’s position in contrast with the scope of the work in a district of 25,000 students.” 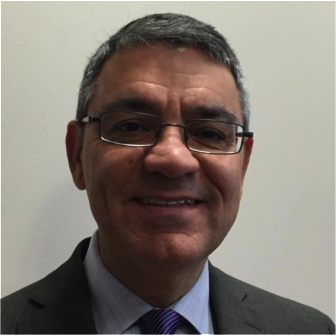 Similar to the EPO, the school safety liaison is, according to a WPS job description, under the direction of the superintendent and “is responsible for developing, implementing, and overseeing student and staff school safety programs. Also, through a collaborative effort with school administrators, local community groups and law enforcement agencies, the School Safety Liaison office is striving to continue to make each school a safe learning and teaching environment.”

On the WPS website, law enforcement offices that collaborate with the school safety liaison include the Worcester County District Attorney’s office, the Worcester Police Department, the City of Worcester’s Emergency Management Department, Worcester Fire Department, and other emergency and safety offices.

Under former superintendent James Caradonio, Pezzella held “cabinet status” and would report directly to the superintendent. However, since Boone’s tenure, and the brief period under Rodrigues, Pezzella is seemingly on the outside looking in.

According to Pezzella, he didn’t receive a copy of the school safety audit until Wednesday, Dec. 16, five days after the Telegram & Gazette reported the details of the audit, and he wasn’t asked to attend the School Committee’s executive session on the audit.

There are other issues affecting the school safety protocol at WPS, according to Pezzella, who said he is only allowed to administer one hour of school safety training at the beginning of each school year.

“Even grant funding has not been acceptable for us to fund safety programs, especially around security apparatus,” he said.

According to Pezzella, only one grant in the past six-and-a-half years has been allocated to safety, and it came from the U.S. Department of Homeland Security for in-classroom emergency “go” kits for teachers to take with them out of the classroom in case of an evacuation.

The audit doesn’t say much as to what the school safety liaison’s role would be under the EPO, other than the “current Safety Liaison will aid this position [EPO] by reporting directly to it.”

“I am pleased with the report findings and recommendations, and a Safety Advisory Committee will be working on it in January,” Rodrigues added.

The FY2016 WPS budget called for an increase of $75,000 in school safety equipment and repairs, a 50 percent increase over the previous fiscal year.