You don’t have to be a fluent Spanish speaker to order the authentic tamales dish – seasoned shredded meat of your choice, rice, cheese and of course the famous green chili sauce wrapped in masa – at El Patron, 192 Harding St. Simply walk in, turn to the smiling head server, Angel Ruiz, and say, “Tamales, por favor!” 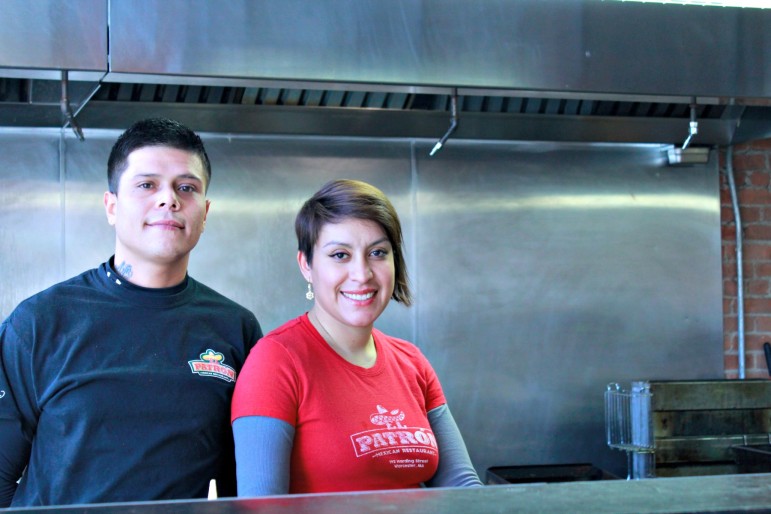 Dish out a whopping $3.50 for a tamale to start your journey of rich and fresh flavors that distinguish the Mexican culture and its extensive history of cooking knowhow, and don’t be surprised if after a three-course meal you are left with enough money to enjoy a few shots of Patrón. What could be more fitting?

El Patron, which opened in February and is getting ready to celebrate its first anniversary, is Worcester’s extension of Mexico.

The space is draped with handcrafted arts from Mexico made of copper and indigenous paints, authentic molcajete – you know those great little bowls your guacamole is served in? – and shot glasses hugged with traditional leather and branded with Mexican designs.

If you have never been to Mexico, don’t feel bad, just swing by El Patron for a little taste from our neighboring friends.

“Hispanic families are close-knit. We help each other at all times, no matter what the cause. My mom had a dream of opening a restaurant. She was the go-to person for all things cooking in Mexico and she knew this would be a great thing for herself and the family,” Mirna Cazares said.

“I had a great job as a system analyst and was only going to be involved in the business from behind the scenes. Just doing the administrative stuff – paying the bills, placing orders – but the restaurant became a demanding place and a success, so I had to decide what I was going to do,” said Mirna, a Framingham State graduate.

“It’s family. I decided to quit my job and join the business full time with a bigger involvement in the front of the business.” 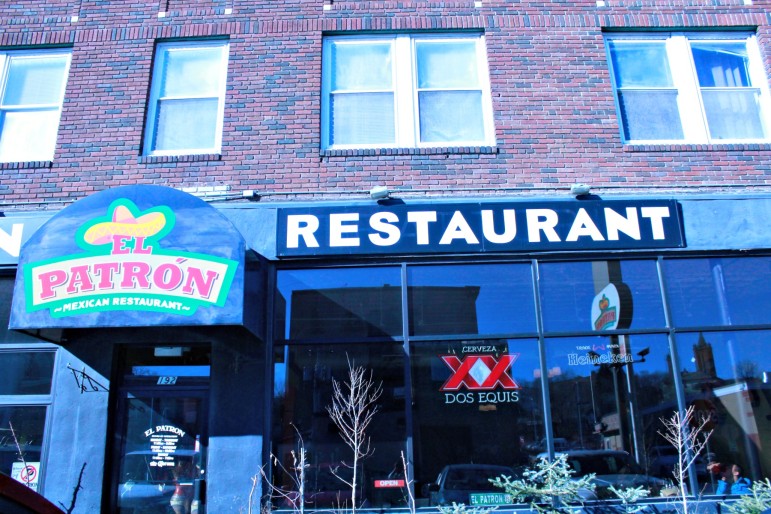 Cazares’ move from the corporate world to full-blown restaurant ownership, which came only a week after the restaurant opened, may have been bittersweet, but it’s nothing but a sweet feeling for Worcester residents.

Packed every Friday night – every single Friday night – it will be hard to make a reservation for anything more than a party of two. The crowd lines around the block in hopes of devouring El Patron’s hit dish: the drenched burrito.

The drenched burrito, weighing in at about the same size as a small baby cow, is more than filling – it is delicioso and inexpensive. The burrito can be easily shared between two people for only $10. Talk about a great place to bring a cheap date!

Maria Cazares makes several trips to and from Mexico – as many as they need – to enhance the patron experience with authentic spices and serving dishes. That said, be sure to drench your burrito once over with the authentic red salsa enriched with the famous red chili peppers from the homeland. 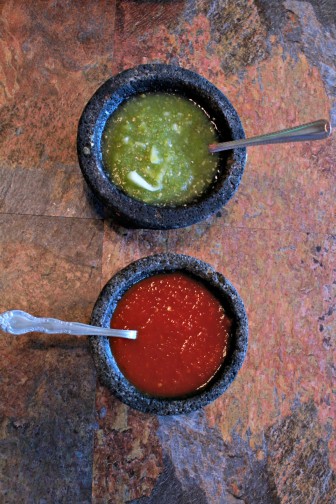 After hearing about mama Cazares’ multiple trips to buy some of those great chilies, it is hard not to feel ultimately obligated to indulge in a little – or a lot – of spice.

Distract your senses from the hot spices with a tall glass of whatever your heart desires from the lengthy, newly built bar.

The recommendation is to finish your meal with a few shots of the Mexican crafted and aged Patron line of tequilas. I mean, who doesn’t want to experience the Mexican way of burritos and tequila? Sit back, enjoy your chips and guacamole, and prepare to enter the world of Mexico’s oldest distilleries. Don’t worry about checking your bill balance just yet; a shot of Patrón – a top-shelf liquor – is only $8.

You know what that means, right? It’s time for dessert.

So while you’re getting ready to yell “Viva Mexico” at the two TVs mounted on the walls and showing the latest futbol game with your drink in hand, don’t forget to satisfy your inner Spanish sweet tooth with an order of flan.

The baked, open-topped savory and sweet dish of flan – for only $3 – will leave you saying things like “Muy bueno” and “Mas, por favor.” A Spanish twist to the famous crème brûlée, it is no wonder the flan is a top choice at El Patron.

But before you leave for your night out in the developing Canal District, be sure to pass by the open kitchen and say “adios” to the head chef, Alfredo Garcia. It has been said he hones an experience of 25 years in the cooking industry, despite his young age of 28, but hey, with cooking like that, who can argue? 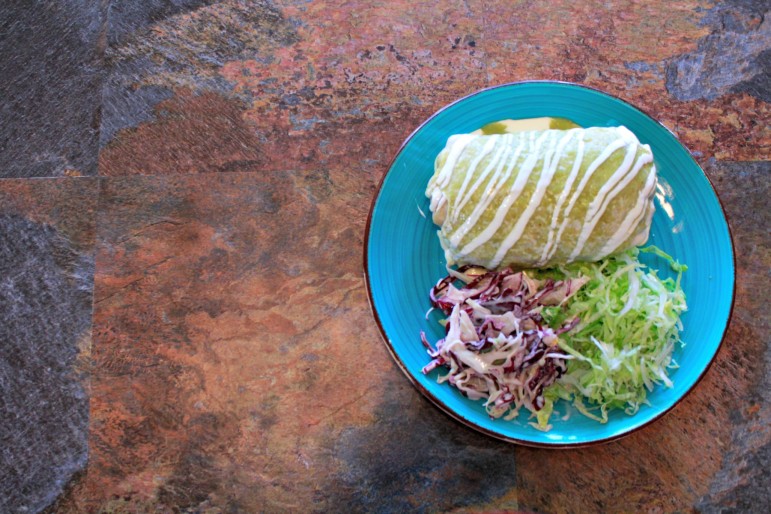