The Worcester Arts Council has announced 56 local artists, organizations and institutions will receive nearly $113,000 in grant funding in 2016.

The recipients, to be announced at the Tuesday, Jan. 26, City Council meeting, include projects in poetry, film, music, dancing, multimedia, science, art and education. 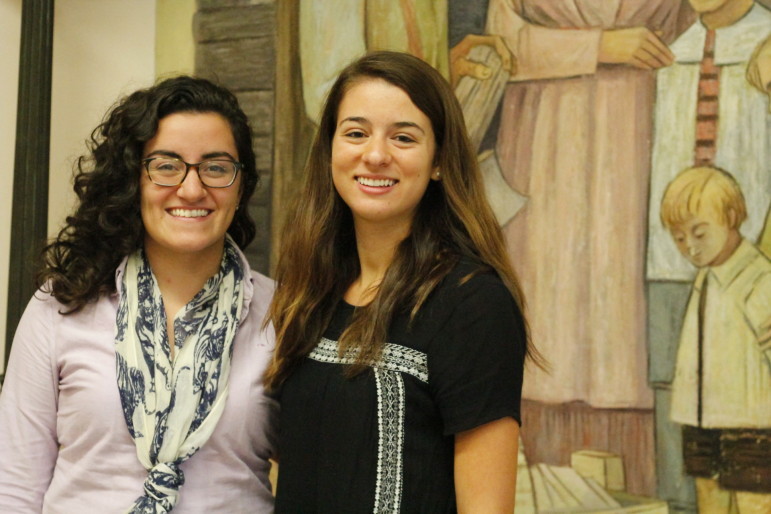 In a letter to City Manager Edward M. Augustus Jr. announcing the recipients, Chief Development Officer Michael E. Traynor said, “Worcester is fortunate to have such a wealth of creative talent within it, and these noteworthy projects illustrate the vibrant cultural community that can be found throughout Worcester.

“These projects and their success will play a vital and important role in enhancing the strength of our community through art and creative expression.”

The Magafan Mural Project — subject of a Worcester Sun Local Crowdfund in October — will receive $5,000 in local cultural council funding for its efforts to restore and conserve four murals by Jenne Magafan in the foyer of Worcester East Middle School.

This past fall, Sarah Valente, project manager and a senior at the College of the Holy Cross, said, “We visited the murals, thought that they were very important, and met with the Worcester Art [Museum] conservators. Through our research we found that these murals were one of Jenne Magafan’s last pieces but also that they depicted Jonas Rice, Worcester’s first permanent settler and schoolmaster.”

The murals were completed in the late 1940s and depict the life of Rice, including his time as a schoolmaster and his election as a town selectman.

At the time, Valente said they would have to raise $12,000 to complete the murals. 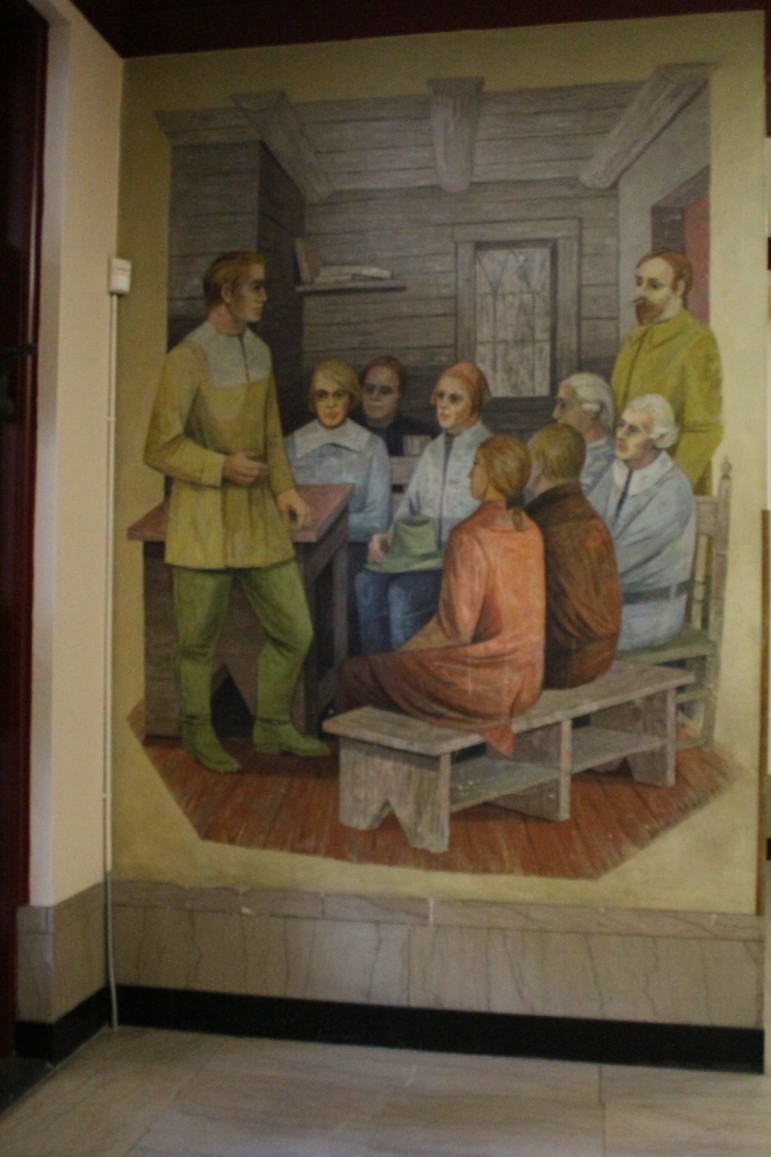 “The Election of Jonas Rice as Selectman,” 1949, is one of four murals by Jenne Magafan depicting the Worcester forefather that adorn the walls of East Middle.

Thanks to the $5,000 grant — which is tied for the largest grant disbursed to a project from the council this year — and after being awarded a grant from the Holy Cross Marshall Memorial Fund, as well as fundraising through a successful art auction, the Magafan Mural Project has reached 75 percent of its fundraising goal.

As part of its fundraising, the project is also raising money with a GoFundMe campaign. As of Jan. 23, it had raised $460 of its remaining $3,000 goal.

“By supporting the arts, the city is helping cultivate an engaging and vibrant community; its investment in the Magafan Mural Project is doing so specifically for the students and faculty at Worcester East Middle School,” Valente said in an email.

“The Magafan Mural Project Team is grateful for the city’s contribution, which will be instrumental towards the project’s execution.”

In the spirit of artist Damien Mitchell’s mural on the back of the Hanover Theatre for the Performing Arts, and in the continuance of celebrated city murals, the Worcester Mural Project received a grant in the amount of $3,729 to add two murals to the back and side walls of the Palladium.

According to Kyla Pacheco, Action! Worcester’s cofounder and associate director, “Two murals will be going on the Palladium. One will be on the large back wall and the other on the side wall that faces the Worcester courthouse.”

Action! Worcester serves as the lead operator of the Worcester Mural Project and oversees all of the operations. The grant, according to Pacheco, will be used to subsidize the cost of the two murals.

The artists who will paint the mural at the Palladium have yet to be chosen, but Action! Worcester will work with the building owner to try to accommodate the type of mural they are looking for.

“The owner of the property doesn’t get to pick and choose what the mural is, or who the muralist is, but we try to respect interests. If someone wants something more organic, or something more contemporary, we’re very respectful and we try to align artists with what these property owners are looking for,” Pacheco said.

“The people involved with this project are really open to art itself and developing the mural downtown.”

According to Pacheco, the artists for the Palladium murals will be selected this summer and will work on the murals from Aug. 26 to Sep. 4 during a festival in celebration of the mural project.

She said, “What this project is going to do is really increase the walkability downtown. It’s going to give people points of interest along the way. It revitalizes buildings that are old and grey and gives them life and color. It gives people a reason to stop and admire them.”

The council also allocated funds for two artist fellowships. The 2016 fellows are photographer Steven King and Japanese saori weaver and artist Mihoko Wakabayashi. Each will be awarded a $5,000 fellowship.

In his letter to the City Council, Augustus wrote, “I thank the Worcester Arts Council for its diligence in reviewing the many worthy applications received and selecting recipients who will add to the creative vitality of our community. We are indeed fortunate to have such a wealth of creative talent in our midst.”

Valente said, “I see the city’s support as something that provides opportunities for artists and arts groups to promote a positive attitude towards fine art.”

“I think there’s a huge effort to support art in the city and there’s a lot of momentum behind that right now,” Pacheco said.

For information regarding sponsorships for the mural festival, click here: Mural Sponsorship Passport.