City officials have told Mosaic Cultural Complex, a local organization receiving funds from the Massachusetts Prevention and Wellness Trust Fund, to cease operations on work relating to the fund.

[Editor’s Note: Shortly before 5 p.m. Monday, Feb. 1, City Manager Edward M. Augustus Jr. released a statement that reads:
“Questions have been raised in regard to recent payments made as part of the state Prevention & Wellness Trust Fund. In order to get all the answers, I have asked the Attorney General’s Office to look into this information. In the meantime, I have put a hold on all reimbursements to Mosaic Cultural Complex and an update to their contract which ran until Dec. 31, 2015. I believe that asking an outside, independent agency to look into this matter is the best course to promote transparency and ensure public confidence in the expenditure of these state funds.”]

Mosaic is one of 11 organizations in Worcester that receives funding from The Prevention and Wellness Trust Fund. The city’s administration of the grant was the subject of an audit in the fall.

The city on Oct. 27 made public the results of the audit, which found no evidence of fraud on the part of Mosaic or the other partner organizations. The review did, however, among other findings, reveal deficiencies in internal controls and possible violations of state labor law by Mosaic.

At the Dec. 8 City Council meeting, City Manager Edward M. Augustus Jr., said the city, as of Dec. 31, would require Mosaic to abide by the original terms of the contract and cease up-front payments if those terms were not met.

On Friday, Jan. 29, John Hill, city communications specialist, told the Sun an amended contract has not been executed. As a result, he said, as of Dec. 31, “The city has asked them [Mosaic] to stop work until the [amended] contract is executed.” 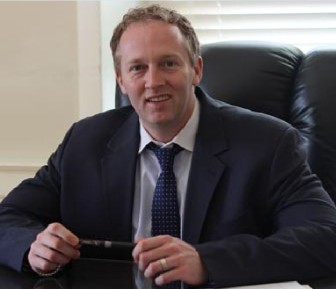 City Councilors Michael T. Gaffney and Gary Rosen requested the audit of Mosaic in July. On July 21, the City Council amended the request to include all recipients of PWFT money and authorized the audit with an 11-0 vote.

According to the audit: “The contract [signed in April] requires partners to pay its staff and then submit related payroll registers to the City with reimbursement claims. The MA Wage Act requires that employers pay employees 6 days after the end of the payroll period which is usually weekly or biweekly.

In response to the city’s denial of reimbursement because of a lack of documentation, Mosaic wrote to the city in July acknowledging a shortage of funds and asking to be allowed a reimbursement to cover payroll. The city agreed to a contract amendment, paid Mosaic and received confirmation of payroll.

As to the current state of the amended contract, “everyone’s doing due diligence to make sure the contract is where everyone needs it to be,” Hill said.

According to Hill, Mosaic will not be allowed to bill for work done before the amended contract was executed. In other words, Mosaic cannot request funding for the month of January.

There is no time frame for the new contract to be executed, Hill said.

City Councilor at-large Konstantina Lukes, who thoroughly questioned Mosaic’s practices at the Dec. 8 meeting, believes asking Mosaic to stop work should have have happened before Jan. 1.

“This is probably the worst example of how a nonprofit can operate. The partners of the grant should have taken action before now,” Lukes said.

As part of the Worcester grant partnership, Mosaic is responsible for serving as the community partner for clinical hypertension screenings, community chronic disease self-management programs and self-measured blood-pressure monitorings.

City Auditor Robert Stearns’ findings, which were presented in October, revealed Mosaic may have violated state labor laws by not paying two full-time employees over the course of seven months. However, this was not a violation of the grant agreement.

For Tuesday’s upcoming City Council meeting, Gaffney, who has often questioned Mosaic’s business practices and handling of funds, filed an agenda item requesting an audit of Mosaic’s payroll timesheets for all employees and independent contractors.

“Ed Augustus said there was no fraud found in the audit. I said that no legal fraud had been found. Now, it appears that we may have a case for fraud against Mosaic and their employees,” Gaffney said.

Gaffney’s agenda item for Tuesday night’s meeting reads: “Request an audit of the accuracy of the time records submitted by and on the behalf of any and all employees and independent contractors of the Mosaic Cultural Center.”

Gaffney said, “The auditor had issues in the very beginning about the time records. I would’ve thought before they [the city] issued out these checks, they would actually look at the records.”

“I think the audit that needs to be requested now is an operational audit — how they’re performing their services, in addition to the financial audit,” Lukes said.

“That’s what was missing the first time around. The auditor was only looking at documents and financial guidelines. He wasn’t really concerned about if they [Mosaic] were providing services,” Lukes added.

Gaffney credits local blog Turtleboy Sports for turning his attention to the organization’s timesheets and said the similar pattern of hours for each employee is alarming.

“It looks as if their time sheets have been copy-and-pasted. Never mind the fact that there has been no discussion about labor laws. You can’t work 10 hours straight without a break,” Gaffney said.

On Jan. 4, 2016, Mosaic Cultural Complex received a check for $39,378.72 to cover expenses for office supplies and other activities, as well as to cover payroll for three months this past summer.

The Sun obtained employee timesheets for the period from April 1 to June 30, 2015, for which the city reimbursed Mosaic on Jan. 4.

According to the timesheets, Mosaic employee Michael Jerry worked an 11-hour day every Tuesday each week for all but one week [in which he didn’t work at all]. According to Gaffney, this 11-hour day is what sparked his request for a second audit.

Another example of Gaffney’s concerns is the timesheets for Mosaic co-founder Minnyetta Marie Boone. From April 1 to June 30, Boone’s timesheets have the same days and hours worked for each pay period.

Although working the same hours each week is not necessarily out of the ordinary, Gaffney said, the same clerical mistake for each Friday on Boone’s timesheets reveals that Boone worked from 9:30 a.m. to 5:30 a.m., instead of what Gaffney said likely should read “5:30 PM.”

“It may be illegal fraud if those timesheets aren’t accurate,” Gaffney said.

Augustus said Worcester was previously handling the city’s administration of the PWTF grant unlike any other recipient in the state.

At the Dec. 8 City Council meeting Augustus said the city required grant recipients to seek reimbursement only after the work was done and paid for. Augustus said other recipients were paying their organizations before those organizations provided services, but Mosaic, as a smaller entity with fewer resources, did not have the capacity and necessary funds to pay employees and wait for reimbursement.

The goal of the city is to make sure the people who did the work for Mosaic get reimbursed, he said.

Beginning in November 2014, Mosaic has received more than $200,000 in reimbursement checks from the city.

The funding from the grants that ultimately pays Mosaic’s employees comes from fees on state health plans, and not Massachusetts taxpayer money.

Mosaic had until Jan. 1 to be on the same reimbursement cycle as the other grant recipients.

The organization failed to comply with the city’s requests and, if its contract cannot be amended in short order, Augustus said the fund would find another partner for the hypertension component of the community work that Mosaic was responsible for.

One thought on “Up Next: City halts Mosaic’s work under Prevention and Wellness Trust Fund; Gaffney asks for another audit”