Dale LePage isn’t shy about who he hopes to attract to his new show: “Everybody.”

New England Pride TV, debuting in May, is for the regional LGBTQ community — and “I hope everybody in the world, too,” he told the Sun, because “then there’ll be something for everyone. This show is designed to inform, educate and entertain.” 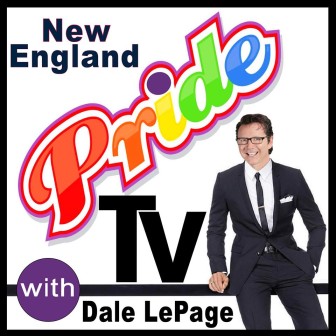 With his signature gentle flair, the longtime local singer and entertainer is breaking new ground with this project.

LePage explained for a Worcester Magazine report that it hit him a few months ago that people such as himself who identify as lesbian, gay, bisexual, transgender or questioning/queer don’t have a talk-type television show focused on their interests and issues.

By asking around he found that LGBTQ programming isn’t only lacking in our city; it’s missing in Boston, in Burlington, Vermont, and throughout New England.

Despite the explosion of viewing mediums and methods, and sheer volume of options, in recent years – you can learn to dance, speak Spanish or make a soufflé at just about any hour of the day it seems – and despite society’s growing openness and acceptance of sexual orientation topics, LGBTQ informational programming hadn’t yet landed on television’s radar.

LePage and his team plan to offer a half-hour show every month, with LePage serving as host for the all-volunteer effort. Each show will debut the second Monday on New England Pride TV’s Facebook page and at Newenglandpridetv.com.

LePage plans a lively lineup for the show’s May 9 launch. It includes transgender advocate and author Grace Stevens; the director of the Boston Gay Men’s Chorus; a segment called “The Lady Speaks,” during which local drag queen personality Sabrina will reply to viewer questions; and restaurant and entertainment reviews in a segment called “Out with Joe.”

Of course New England Pride TV will put music in the monthly mix, too. The first episode will feature a video by talented local musician Giuliano D’Orazio and Emily Estefan, Gloria Estefan’s daughter.

A half-hour show every month, done with sensitivity and style, takes untold hours of effort. This is no small thing to the professionals who will put it together, and to those who will tune in.

And for filling a niche, it puts the city in the spotlight.

The national media advocacy organization GLAAD annually reports on LGBT representation in broadcast TV, cable TV and streaming services. While it finds gradual improvement over the years in the diversity of characters drawn up for scripted shows such as “Orange is the New Black,” it makes no mention of regular informational programming such as LePage proposed.

Worcester can be proud that the singer and his team are showing an ear for what’s needed and helping lead the way for such programming, not just in the city but throughout New England.

Plenty of people can benefit from the notes of inclusion, connection, advocacy and information the show will sound. That goes for L,G,B,T,Q … and E, aka everybody.