The death of Supreme Court Justice Antonin Scalia has triggered a bitter (and predictable) political struggle. But while political divisions have always characterized American politics, this one is particularly dismaying, for it features Republicans, who really should know better, savaging the plain meaning of the Constitution. 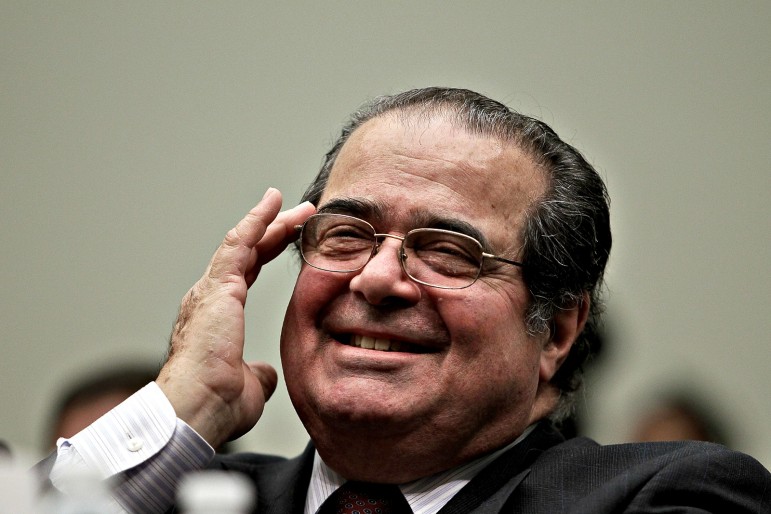 Article II, Section 2 clearly states that the president “shall nominate, and by and with the advice and consent of the Senate, shall appoint ambassadors, other public ministers and consuls, judges of the Supreme Court …”

It says nothing about the president holding off during election years.

Yet many Republicans, including Senate Majority Leader Mitch McConnell and the five men seeking the GOP nomination for president, say Obama should wait, allow the people to choose a president, and then let that president make the next nomination.

That separation of powers has been respected for more than 200 years. It was confirmed in the 1926 case Myers v. United States, by Chief Justice (and former president) William Howard Taft.

The Myers case concerned whether the Senate had any role to play when a president sought to remove an official. Taft, who had spent his boyhood summers in Millbury — and was thus imbued with the obvious common sense enjoyed by all who spend their formative years in Central Massachusetts — wrote that the Senate had no power to set qualifications upon the executive branch that would, in effect, amount to “legislative designation.”

That point was taken up again in Public Citizen v. U.S. Department of Justice (1989), when Justice Anthony Kennedy — confirmed to the Court in the election year of 1988, by the way [Editor’s note: with a lame-duck GOP president and Democratic congress] — wrote that only the Incompatibility Clause restricted a president’s choice of nominees. That is, no member of Congress can simultaneously serve in an appointed federal office.

Otherwise, as tradition, practice, and Justices have opined, a president enjoys the power to nominate anyone he wishes to the Supreme Court.

So, as a conservative — but not enrolled in any political party — I am dismayed to hear Republicans claim Obama should wait. Indeed, were Scalia alive to hear these supposed conservatives, I fear their arguments would put him in his grave after all.

Less than a day after his death, some putative ideological allies seemed to abandon one of the central tenets of his judicial philosophy: Read the Constitution.

The GOP position is also hard to credit politically. If the roles were reversed, is there the slightest doubt Republicans would be arguing for a swift nomination and confirmation process in order to keep Scalia’s seat a reliably conservative one?

That, of course, brings us to another obvious reality: While the Supreme Court should not be divided into ideological blocs, it obviously is so divided.

For that, we can thank both major political parties, although I’d give Democrats the nod for having been more divisive in the last half-century than Republicans, some of whose nominees — Justices Kennedy and Chief Justice John Roberts among them — have been truly independent thinkers willing and able to confound expectations from time to time.

In any case, it may well be that the chances of getting a nominee confirmed this election year are slim; but if so, the reasons are surely political, not constitutional. And therein lies hope that both sides could yet pull back from this battle by finding shared constitutional ground.

Republicans could reread the Constitution, tone down their rhetoric, and wait for Obama’s choice. The Constitution, after all, does not specify when or how quickly the Senate must act. If Republican senators truly disapprove of a nominee, they can engage in a long, slow review, prevent a vote, or reject that nominee if a vote is taken.

Given Republican statements to date, Obama could play politics by naming a nominee who, while unlikely to win confirmation, might help Democrats win votes this November. But by doing so, the president would confirm Republican prejudgments and diminish his standing.

Democrats and Obama could do better to recognize that the Supreme Court is not meant to be a place to win the battles they cannot win in Congress. They could advise — and he could choose — to nominate an independent-minded jurist respected by all.

That might be less fun than we’re currently having. It might also be exactly what the Founding Fathers intended.