Back in the day, when I worked at Worcester’s daily newspaper, my colleague Nick Manzello wrote a column that kept readers updated on local sports celebrities. One of the features of the column was the welcoming back to full health of area athletes past and present who had been under the weather for a time or who had surgery.

That will also be an occasional feature in this space. So it is with great joy in my heart that I welcome back Bill Gibbons Sr. — a longtime staple of Manzello’s “Sports Street” and Worcester — from a harrowing medical issue that has essentially consumed the last 13 months of his life.

Gibbons, 81, was diagnosed last January with colon cancer. The ordeal that ensued tested even his belief in God, he said. And Gibbons, a longtime basketball coach at North and Doherty high schools, is a man of great faith. 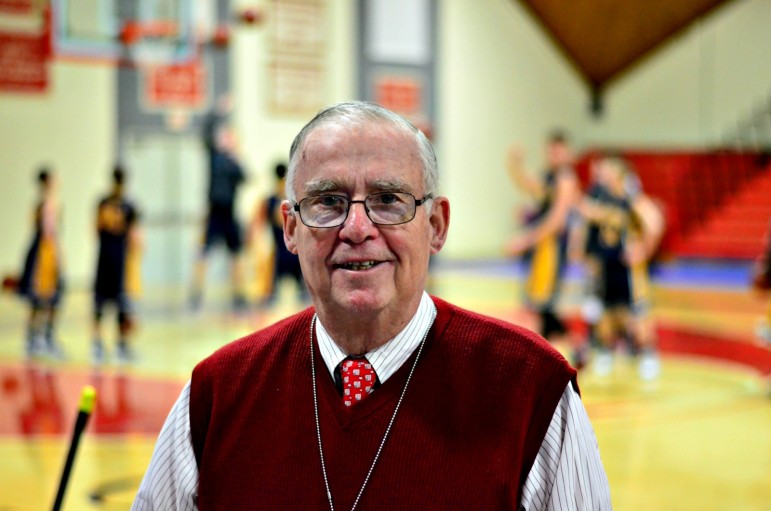 Bill Gibbons Sr. is glad to be back involved with local scholastic basketball and tennis.

“I went to the doctor last year in early January for my annual checkup and he said, ‘Bill, everything looks good. You’re doing great’,” Gibbons recalled. “So, I’m going out the door and he says, as an afterthought, ‘I think you should go in for a colonoscopy.’ ”

Gibbons did as his doctor requested and the colonoscopy revealed two cancerous tumors.

“There were no signs at all,” Gibbons said.

On Jan. 26, 2015, less than three weeks after that annual checkup, Gibbons was on an operating table at UMass Memorial Medical Center, where a team of surgeons, led by Dr. Laura Lambert, took him through a  10½ -hour procedure that removed the cancerous tumors.

“It’s a new surgery; people are coming from all over to have it done,” Gibbons said. “They shoot warm chemotherapy into your abdomen and it cleans everything out. It’s amazing. There’s so much they can do today.”

Gibbons was in the hospital for six weeks, spent another two weeks in the Holy Trinity Nursing and Rehabilitation Center on Barber Avenue, and then spent four months in physical therapy.

“I had a tough time, a really tough time,” Gibbons said, “but I went back to the surgeon two months ago and she said, ‘Bill, you’re cancer-free.’

All told, Gibbons had four surgeries — the initial one to remove the cancer, a followup surgery four days later to repair damage that occurred when he sneezed, and two involving the attaching and then removing of a colostomy bag. Gibbons’ last surgery, to remove the colostomy bag, was in July.

During the entire ordeal his wife, Pat, perhaps the most religious woman in Worcester, was by his side every step of the way.

“Pat was great; she stayed with me every night in the hospital,” Gibbons said. “There’s no way I could have gotten through this without her.”

Gibbons returned to his regular routine, for the most part, last spring. In addition to daily walks and the riding of an exercise bike, he presided over the annual Central Mass. high school girls’ tennis tournament — for the 52nd straight year.

Earlier this month Gibbons’ recovery came full circle as he returned to the public address announcer’s seat at the Clark Tournament.

He will also announce games in the annual Massachusetts Interscholastic Athletic Association (MIAA) boys and girls basketball tournaments next month.

On top of all that he finds time to regularly attend Holy Cross women’s basketball games, where he was the longtime 30-second shot-clock operator. The Crusaders are coached by his son, Bill Jr.

“We worry about wins and losses and all these little things, and then we find out what’s really important. God is truly great,” said Gibbons, who was described more than once as “fiery” during his time stalking the sidelines at Becker College, as well as for the Polar Bears and the Highlanders. 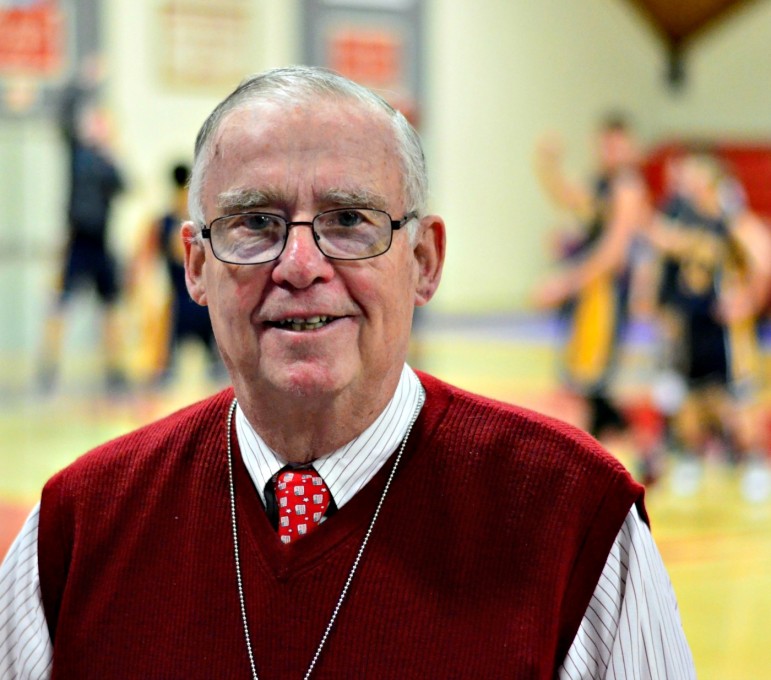 Bill Gibbons Sr. is back in the game after grappling with cancer the past year.

I met Gibbons in 1984, my first year as a reporter. Doherty vs. Worcester Voke was the first boys’ basketball game I ever covered for the Worcester Telegram.

I arrived at the Highland Street campus about 10 minutes before tipoff to find a packed gymnasium. As I scanned the stands I noticed one seat open, right behind the Doherty bench, right next to the scorer’s table. “The best of both worlds; behind the home bench and next to the official scorer,” I thought as I hustled over.

I asked the woman sitting next to the vacant seat if it was available. She said yes, but she had an odd look on her face when she did so. Being relatively new to Worcester I chalked the look up to the stereotype of the “unfriendly New Englander” that my mother, born and raised in the city, was always telling me about.

Well, the game started and I immediately knew why the seat had been open when I got there just minutes before the start of the game.

Gibbons started the game sitting on the bench, but he was up admonishing the referees before the jump ball had been tipped into the backcourt by a Voke player.

“Come on, Roy; you call that a jump ball?” Gibbons barked as he yanked off his suit jacket and threw it into my lap. I glanced at the woman seated next to me and she gave me another look. This one was of the now-you-know-why-the-seat-was-open variety.

A few possessions later, one of Gibbons’ players, Sean Murphy, threw the ball away on a fast break. Gibbons, now as red-faced as if he had just completed a marathon, yelled at Murphy. “Judas H. Priest Murph! Get your head in the game, will you please?”

Later in the game a Doherty player was running down court with his shirt hanging out of his shorts. Gibbons called timeout just to tell the player to tuck in his shirt.

“We look like ragamuffins out there! Ragamuffins!” Gibbons exclaimed in an accent found only in Worcester.

“I’m a little calmer now,” Gibbons said with a laugh when reminded of that first meeting between coach and reporter. “It’s not the end of the world anymore if I get a name wrong.”

So, Bill Gibbons Sr. is back.

“I hope to be back playing tennis in the spring; the legs are getting stronger,” said Gibbons, who looks like he’s been on an extended vacation in Florida, not fighting for his life in Worcester.

Ah yes, tennis, another of Gibbons’ passions, along with God, family, friends and basketball.

“Tommy took me out 3-4 weeks after I came home [after six weeks in the hospital and two weeks in rehab] to hit tennis balls and I couldn’t do it. I couldn’t move,” Gibbons said.

He came home from the aforementioned outing with his son Tommy depressed, but that didn’t last long. His wife set him straight the moment he walked in the door.

“Pat just looked at me and said, ‘You had four major surgeries. What did you expect?’ ”  Gibbons said, before letting out his trademark cackle.

The many faces of Steve Minor

While it’s not odd that as a person grows up they are known for different things by different people, few former athletes have re-invented themselves quite like Steve Minor has.

Minor, 30, is known in different circles in the city as a former pitcher and a successful real estate agent. He is perhaps best-known, however, as DJ Blackout. 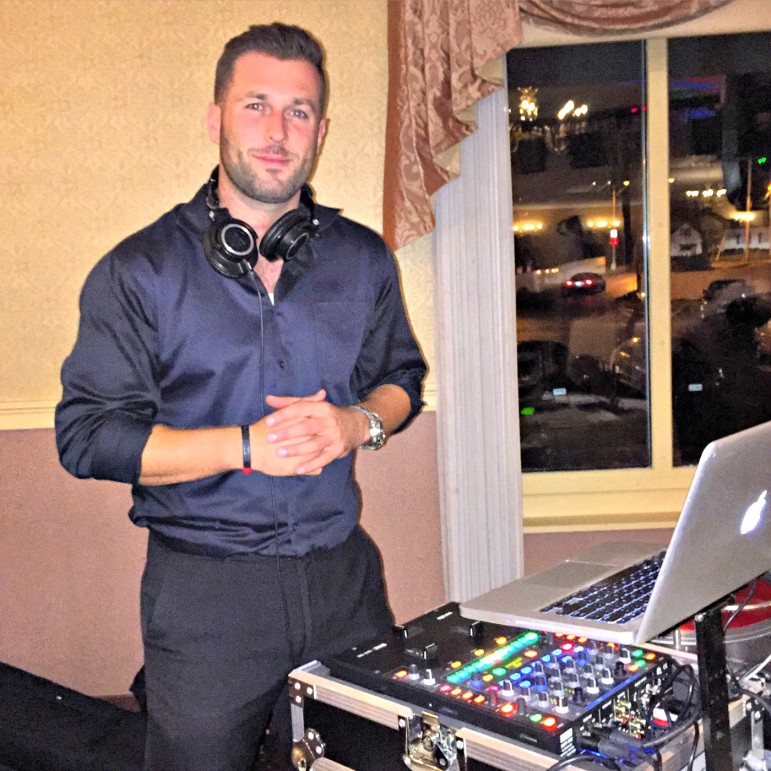 Steve Minor went from spinning gems on the Holy Name mound to spinning the latest hits at hot spots across the city as DJ Blackout.

Minor, as DJ Blackout, can be found playing tunes at various bars and clubs in the city — including the  [check out our preview of this new bar here]— two or three nights a week.

“When I turned 21 I started bartending at Doherty’s Pub (later known as Mickey O’Neils and now Whiskey Tango) on Park Ave., on Monday nights,” explained Minor, who was a right-handed starting pitcher for legendary coach Dick Maynard at Holy Name, from which he graduated in 2003. “After a few years it was like a one-man show down there; I would serve drinks, play music and be the bouncer when necessary.

“So, while I was bartending I would hear other DJs play music and I would always keep up on what music was hot,” Minor explained. “I paid attention to what people really liked and what got people going. I would always take my iPod with me wherever I worked, including the [now defunct] Center Grill.”

On Sunday nights Minor would make his way to Johnny Mac’s on Pleasant Street, where Jay Piskator, the owner of Doherty’s Pub, would be bartending.

“I would go down there with my iPod and play music all night,” said Minor, who quickly developed a following at Johnny Mac’s, which became the place to go on Sunday nights. That’s also where Minor picked up the moniker DJ Blackout.

“I was playing music down there one night and I guess I had a little too much to drink and, well, there are parts of the night I don’t remember,” Minor said with a laugh. “So, I go back to Johnny Mac’s the next week and I walk in the door and Jay Piskator sees me and says, ‘look everybody, it’s DJ Blackout.’ ”

And that was that.

Minor got serious about DJing about six years ago.

“I figured since I was going down to Johnny Mac’s, and to other bars in the city as well, and playing music for free, maybe I should look into buying some standard equipment and get paid for doing it,” he said. “Originally I was just doing it for fun. Certain bars wouldn’t have a DJ on certain nights, but I would show up and play music.”

Minor floated the idea of being a house DJ to various bar owners across the city and the response was overwhelmingly positive.

“Everyone I asked said they’d hire me,” Minor said. “They told me I played good music and I knew how to show people a good time. They told me to get some equipment and get started.”

So, Minor purchased a mixer, some speakers and a controller.

“I started getting gigs at local clubs left and right,” he said, “and it evolved into anniversary parties and birthday parties and weddings.”

While at Holy Name, Minor played American Legion baseball for Grafton Hill and coach Jim Kelleher, and was a key starter on the team that won the state Legion championship in the summer of 2003.

After high school Minor went to and pitched at Franklin Pierce University in New Hampshire for one year and the Community College of Rhode Island for one year. He transferred from CCRI to Worcester State University, from which he graduated with a degree in history.

“Franklin Pierce was great, I just wasn’t comfortable being in the middle of nowhere; I’m a city boy,” said Minor, who was a reliever at Franklin Pierce, a starter at CCRI and a closer at Worcester State.

While at CCRI he pitched against UConn-Avery Point and former Holy Name and Legion teammate Steve DiRoberto. The two then pitched together at Worcester State.

“My senior year in college Steve had started the DiRoberto Team, the rental division at RE/MAX realty in Worcester,” Minor said. “I was majoring in history and minoring in communications, and Steve came to me and said, ‘Go get your real estate license, too, and I’ll have a job for you when you get out.”

So Minor graduated from Worcester State, got his real estate license and went to work for his good friend, who passed away in 2012. Dan DiRoberto, Steve’s brother, took over the DiRoberto team after Steve’s passing. Minor works for Dan DiRoberto these days.

“We specialize in sales and rentals and we’ve done quite well and built a pretty good name,” Minor said. “We’re probably one of the best rental companies in the city of Worcester.”

Talk about an out pitch. Still got it.