It has been a mild winter along our stretch of the 42nd parallel, but Old Man Winter delivered enough cold days for me to offer sunflower, thistle and suet to the local descendants of the dinosaurs.

At first, things went well. Establishment birds – cardinals, chickadees and a woodpecker – declared they were in. Titmice and starlings soon joined. There was a junco, a spattering of sparrows, and a cedar waxwing.

For a time, there was pleasant conversation at the feeders.

Then along came a squawking jay from New York City and a raucous crow from Arkansas, turning the rest of the flock into angry birds, whose chattering seems now to have been for naught. For last Tuesday, those birds of a feather known as American voters flocked to polls and all but anointed the jay and the crow as finalists for November’s big birdbath showdown.

Sure, eagles might still arrive just in time to save the day, much as they rescued Frodo and Sam from doom in “The Return of the King.”

I myself keep squinting at the TV, expecting to read “The characters appearing in this movie are fictitious. Any resemblance to real persons, living or dead, is coincidental.”

Alas, 2016 is no movie, and both the jay and the crow bear a disturbing resemblance to several real persons, some living and some dead, but all loathsome. And I doubt there are any eagles in the wings.

Yet, just as Super Tuesday arrived to depress me, so too did a ray of hope, and from an unexpected source: billionaire investor Warren Buffett’s annual letter to investors. 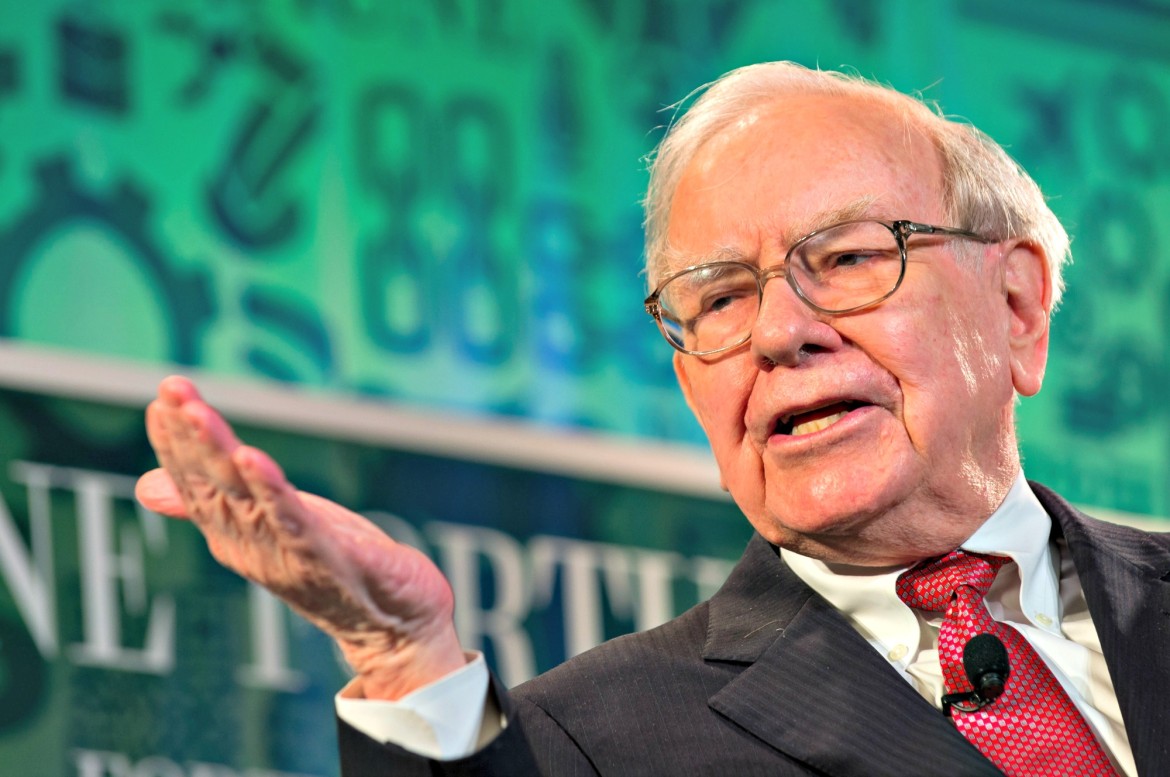 “It’s an election year,” Buffett writes, “and candidates can’t stop speaking about our country’s problems (which, of course, only they can solve). As a result of this negative drumbeat, many Americans now believe that their children will not live as well as they themselves do.

“That view is dead wrong: The babies being born in America today are the luckiest crop in history.”

Buffett points out that per-capita GDP in the United States is $56,000, a sum that makes us the envy of most of the world. Even if our economy continued to grow at its current relatively anemic rate – 2 percent annually in real GDP – Buffett calculates that would mean a solid advance for the next generation.

To illustrate his point, Buffett notes that all the families in his “upper middle-class neighborhood regularly enjoy a living standard better than that achieved by John D. Rockefeller Sr. at the time of my birth (1930).”

I suppose the 85-year-old Buffett might have chosen a more representative example than his own neighborhood, but his point is clear. While Congress will remain a battleground, and much treasure will be spent on lobbyists in years to come, he concludes that “… even members of the ‘losing’ sides will almost certainly enjoy – as they should – far more goods and services in the future than they have in the past …”

I wholeheartedly agree with Buffett on these points, and with his general view that betting against 240 years of American economic success is not wise. Even in hard times, the United States remains a good place to be.

But I am puzzled by Buffett’s penchant for endorsing political birds whose flight paths are, it seems to me, so opposite to those he would favor.

Buffett strongly supported the current ruler of the roost, for example, whose policies have at the very least slowed economic growth, and some would argue have done much worse. Now Buffett is backing the crow, whose economic views change more frequently than our New England weather.

If you study your field guide, you will see that the crow – like the squawking jay – has at one time or another advocated both sides of many issues of concern to American birdwatchers.

Were the augurs of ancient Rome – those who studied the flight of birds to foretell the future – with us today, they would be hard-pressed to say whether the victorious bird will fly right, left or down the middle when they reach the nation’s capital.

I do wish we had a better flock of birds this time around, but whether it’s the jay, the crow, or some as-yet-unknown bird who soars highest in November, I hope they heed Buffett’s advice on handling this season’s political obsession: inequality. “The answer in such disruptions is not the restraining or outlawing of actions that increase productivity.”

In short, let’s focus on increasing the supply of seed, rather than envying our neighbors for the seed they have.

One thought on “Sina-cism: Buffeted by angry birds of 2016”