Worcester firefighters will hit the ice in April as part of a charity hockey game to raise money to support research for the brain and spinal cord disease known as ALS and pay tribute to Worcester native Mary Beth Benison, who passed away in 2015 after battling ALS and three other major illnesses.

The firefighters hockey team will take on members of the Mary Beth Benison Foundation team. The foundation is a nonprofit organization founded in Worcester whose purpose is to help people with Amyotrophic Lateral Sclerosis (ALS) and other illnesses who may need financial assistance to cover their healthcare costs. 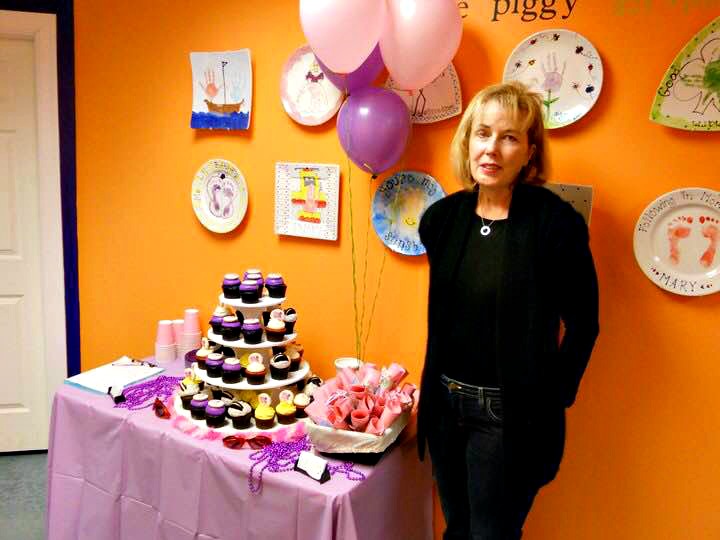 Mary Beth Benison endured more than her share, but still found ways to give back.

“I saw my sister go through so many different struggles,” Mary Beth’s youngest sister, Katie Benison Camell, said. “She had a lot of different challenges that she had to face. Out of all those awful things that she had to experience, by far ALS was the worst of them. It took away her ability to walk, talk and eat.”

“There’s been some people on the job that have had relatives with ALS. It touches just about everyone,” firefighter Tom McLaughlin said. “We deal with a lot of that as first responders. We see it firsthand. We’re more than willing to help people out whenever possible.”

“There’s no way to stop [ALS]. They need to find a cure. It’s been around for a long time and there’s really no treatments available to slow the progression of it,” Camell said.

McLaughlin and his wife, Dawn, own interior design business Revibe Interiors in Northborough. The couple knew Mary Beth from chamber of commerce meetings but McLaughlin said he didn’t make the connection right away.

“When I mentioned to my wife that we were playing in this game and what it was for, she told me we actually knew her, but I didn’t know her by name,” he said. “She and my wife attended quite a few meetings and they met at those. Up until that point, it was just a game to raise money for ALS until I found out that I had known her.”

McLaughlin, captain of the WFD hockey team, said the team will be joined by at least two Worcester Police officers, and several other area firefighters and EMTs.

“We get calls all the time from different charities, and other fire departments ask us to play in charity games,” McLaughlin said. “I’ve got a great group of guys who will basically play anytime I ask them to play. Whenever I ask them if they want to get involved, the answer is always yes.”

“For me it’s kind of a kickback thing because of the support we received after our tragedy in 1999. A lot of the newer guys don’t remember that, but I do. So when anyone asks for anything, and I mean anything, I immediately say, ‘Yes, we will volunteer,’ ” McLaughlin said. 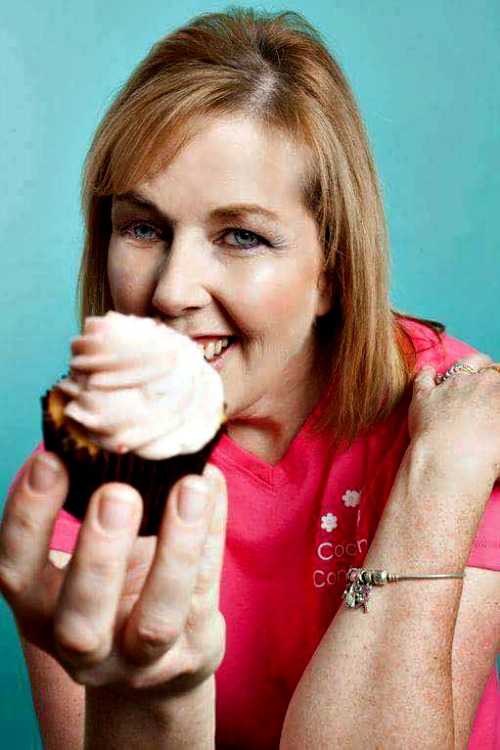 The challenges Mary Beth faced began in 1999 when doctors found a brain tumor and Mary Beth underwent a 17-hour surgery to remove it. The surgery left her with partial paralysis of her face and neck, and hearing loss. She required physical therapy to relearn how to walk, talk and eat.

That was only the beginning.

In 2004, Mary Beth was diagnosed with breast cancer. Even after the recovery from both surgeries, Camell said, things were generally OK for Mary Beth. Then in March 2014, according to her sister, Mary Beth started experiencing shortness of breath and cramping.

At the time, Mary Beth thought the symptoms were side effects of her chemotherapy for breast cancer. In June, though, Mary Beth was diagnosed with mesothelioma: a rare, aggressive form of cancer most commonly found in the lungs and caused by exposure to asbestos. She underwent major surgery that August.

When the doctors told Mary Beth prior to surgery that she might have ALS — but that they would have to conduct tests and recommended she go forward with surgery — she was in disbelief.

“At that point she was in denial. She said, ‘I don’t have ALS. This can’t be happening. Two serious illnesses in such a short time,’ ” Camell said.

A small tumor was removed and months of recovery followed. The doctors confirmed the diagnosis of ALS in December 2014.

“To watch someone that you love to go through all of this is just awful. There’s really no words I can use to describe it,” Camell said.

According to the ALS Therapy Development Institute, the average lifespan for someone with ALS is two to five years after experiencing the first signs of the disease.

But Mary Beth had endured so much.

“She was a fighter. After all she went through, she just hoped that she had 10 more years left. And if she wasn’t diagnosed with ALS, I truly believe that she would have made it those 10 years,” Camell said.

In thos few short months, though, Mary Beth came up with a way to help raise awareness for ALS. Her “Shake Off ALS” videos, dancing to the tune of Taylor Swift’s “Shake It Off”, were viewed by many. More than 60 videos from friends, family and people all over the country — including students, dance teams, and athletes — joined Mary Beth’s campaign and the Shake Off ALS Awareness Project.

“She was so appreciative and overwhelmed by it. There’s so many people out there that don’t have the same support system. She had a huge amount of friends. From high school, college, and even Venerini Academy, she kept this group of friends that she was really close to. And they all helped her. She wanted to try to find a way to help other people too,” Camell said.

Mary Beth grew up in Tatnuck Square, the oldest of seven children. She never strayed far from home, graduating from both St. Peter-Marian and Assumption College. She was married to her husband, Nader Tavallaimola for 21 years.

She worked for 20 years as a director and regional manager for Aspect Communications in Chelmsford before pursuing her dream of opening a bakery, which she did in October 2011 with CocoBeni Confections in Northborough. 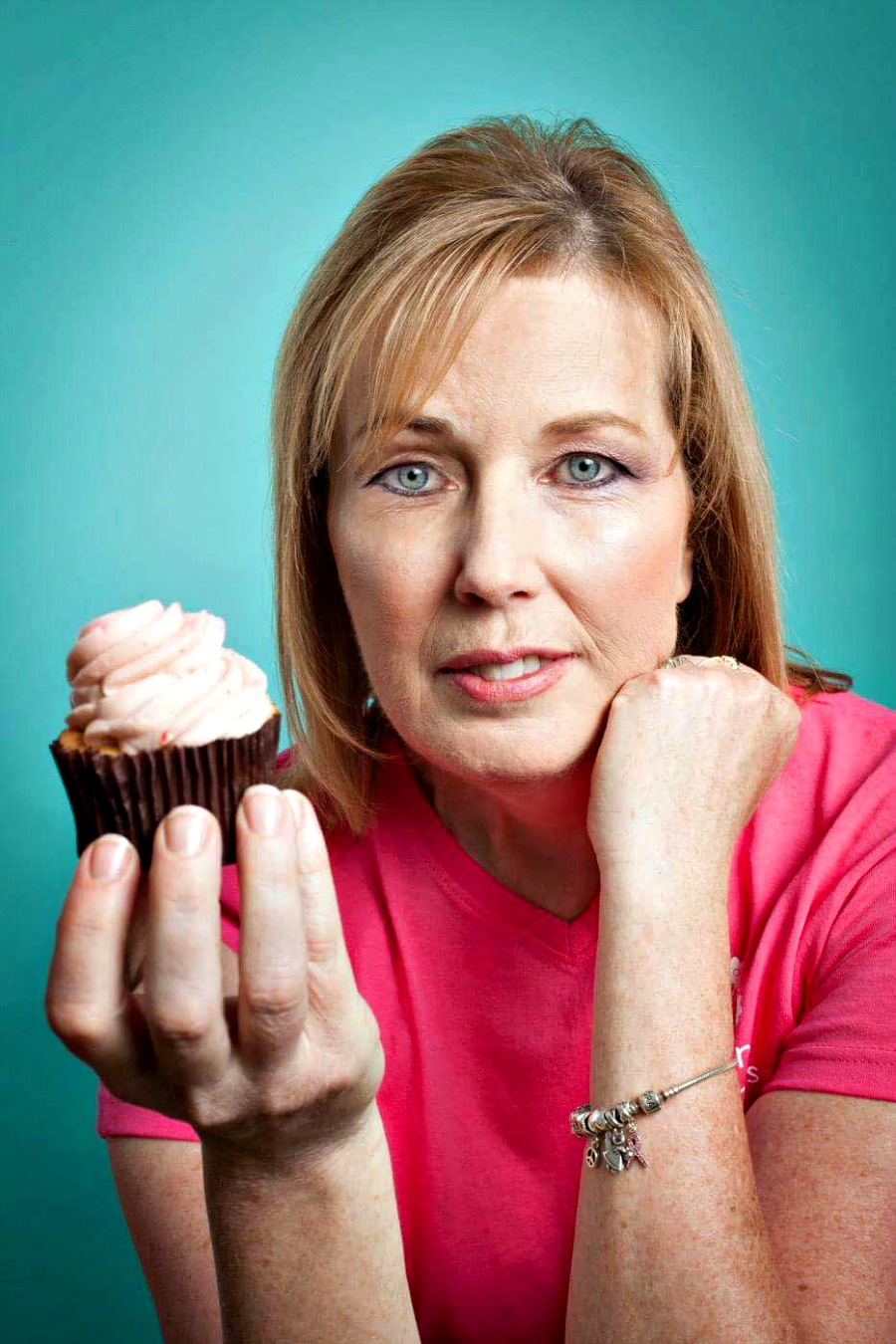 Sold to Tim and Jennifer Shay in July 2015 the bakery remains open today.

Before Mary Beth’s passing, Katie, her brothers and sisters, and several of Mary Beth’s friends founded the Mary Beth Benison Foundation and the Skate Off ALS event to benefit the ALS Therapy Development Institute.

The Mary Beth Benison Foundation is in the process of obtaining 501(c)3 status as a nonprofit corporation. Camell’s hope is to have a kickoff event for the foundation in the fall followed by a 5K road race.

This year marks the second Skate Off ALS event. It will be Saturday, April 2, at the Buffone Arena, 284 Lake Ave. Admission is $5. This year’s event will be the first time the WFD hockey team participates.

“We try to do charity games whenever we can. And this seemed like as good of an opportunity as any,” said Peter Fabrycki, one of the 15 firefighters playing on the WFD hockey team.

“Hockey is a great way to bring people together. People that enjoy the game have a great passion for it. When the idea came up for the fire department to participate in the game, everyone was real excited about staying active in the community and helping them raise money for their charity,” Fabrycki said.

The Worcester Crusaders Hockey program donated the two hours of ice time for the fundraiser.

“Tom McLaughlin worked very hard to find us a rink to play in. Initially it was supposed to be the DCU but the expense was too much and so Tom reached out and got us Buffone, and then the Crusaders agreed to give us their time slot and do so for free,” Camell said.

“We’re hoping to help raise some money for the fund. Katie has been great with this and my boys are ready to go play,” McLaughlin said.

The foundation hopes to raise $5,000 in donations before and during the event.

Camell said, “Mary Beth really touched a lot of people’s lives. She had a way of making everyone feel comfortable and special. She was wonderful to all of her family and friends. It is because of who she was and the impact she had on my life that I decided to go forward with establishing the foundation.”

The game will be held from 7 to 9 p.m. Saturday, April 2, at the Buffone Arena, 284 Lake Ave. If you would like to make a donation to the foundation and the Skate Off ALS event, please visit 2016 Skate Off ALS.