Last Friday word got out that the Worcester Redevelopment Authority was targeting 24 buildings as part of its Downtown Urban Revitalization Plan. 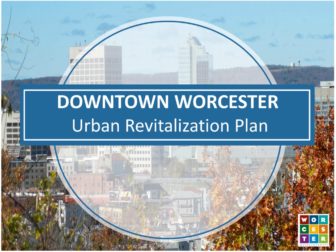 It’s easy, and some would say preferable, to view these independently. We do not.

We believe these represent distinct approaches to a similar goal: creating a better Worcester.

The WRA plan leverages the power granted to it my Mass. General Law 121B and 760 Code of Mass. Regulations 12.00 to allow communities to undertake urban renewal projects that benefit their residents.

The most powerful club in the WRA’s bag is the ability to acquire land and buildings by eminent domain, taking it on behalf of the government from one private owner and delivering it to another.

Unlike previous initiatives, though, such as the Medical City Urban Renewal Project, which cleared the way for Saint Vincent Hospital, the goal of the Downtown Urban Revitalization Plan is to spur investment in 24 properties, buildings and land, across an area of 118 acres.

In that regard the city is using the threat of eminent domain to force property owners to invest or sell, a point confirmed by City Manager Edward M. Augustus Jr. in an interview with the Telegram & Gazette:

“The preference always is for the current landlord to invest in their property or sell their property. But if they can’t or won’t, we want to try and create an atmosphere where we can either bring in developers to take them to these targeted properties. The last resort would be eminent domain.”

Meanwhile at Salem Square the owners of Notre Dame des Canadiens Church will ask the Historical Commission at its May 19 meeting to allow them to proceed with demolition of the church built in 1929.

According to MassLive, “because the church is listed on the Massachusetts Cultural Resources Information System, it is subject to the city’s demolition delay bylaw, which places a one-year delay on historical or cultural properties to examine whether other uses for the property can be found.”

In announcing that it would seek to demolish the church, Donald Birch, executive vice president of Leggat McCall, said, “It is with a great deal of reluctance that we find ourselves in this position. We’ve always said from the very beginning that our preference has been to find an appropriate adaptive reuse of the church. After five-plus years of trying, we don’t have a viable plan.”

On Friday, Leggat McCall applied for the waiver, arguing that the one-year delay will mean demolition could only begin around the same time residential and hotel projects are set to come online.

The church, vacant since 2007 and sold by the Roman Catholic Diocese of Worcester for $875,000 in 2010, is historically and architecturally significant. Of this there is little doubt. 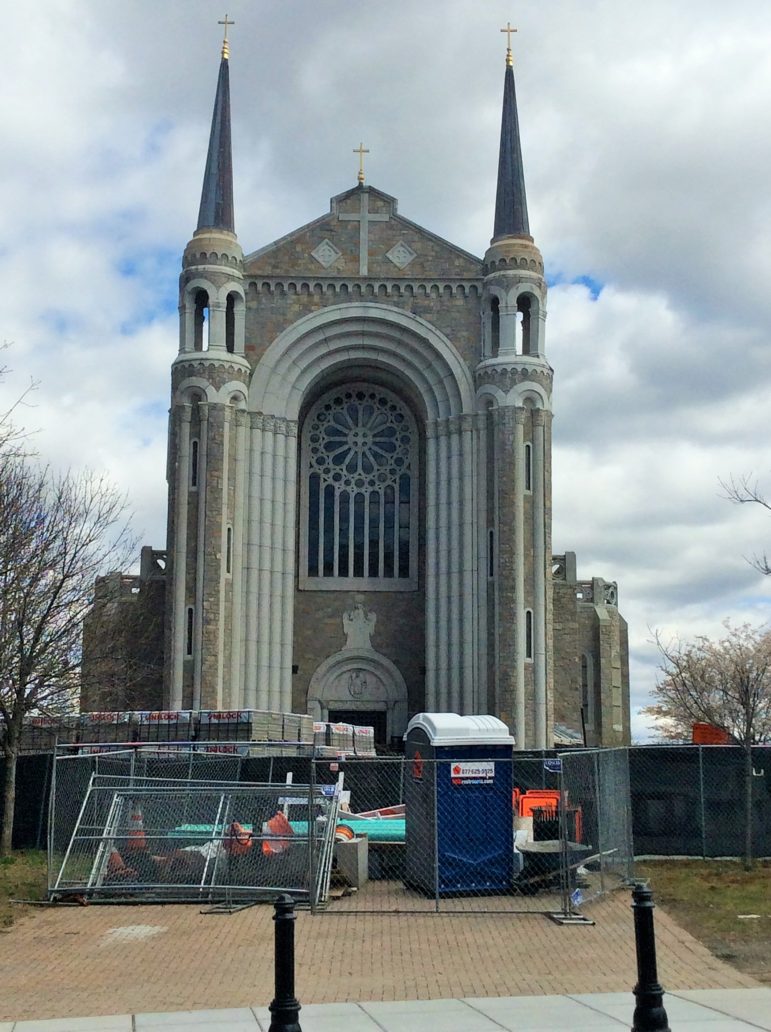 Its Mass. Cultural Resource Information listing reads, in part: “An unusual local example of church architecture, Notre Dame Roman Catholic Church was built in 1929 from plans prepared by Donat Baribault, a Springfield architect. Planked by two tower’s [sic], the church’s entry is set in a high, narrow archway trimmed with “cast-stone” ornament. Throughout, the building has elaborate tracery, balustrades, medallions and other decorative details. The interior of the building was decorated in what was called “the Roman Byzantine” style with decorative painting carried out under “Prof. Gonippo Raggi” of Rome.

“The Notre Dame congregation is Worcester’s oldest French Roman Catholic Congregation, formed in 1869. The congregation’s first church stood at the corner of Franklin and Portland Streets and was built in 1870. By 1902, the congregation had moved to the former First Baptist Church on Salem Street, which was demolished at the time of  the present church’s construction.”

Because of its significance, we credit Leggat McCall for attempting to find alternative, financially responsible uses for the church. We believe its owner should receive the waiver it seeks so it can take the next step of building something new. [The public hearing on the waiver will be held at 5:30 p.m. May 19 at City Hall.]

In addition, having seen 24 properties languish for years, we credit the WRA for taking definitive steps to remedy this. At the same time,taking a property by eminent domain is the most extreme step a government can take, and, like the effort extended by the church’s owners, all other remedies should be explored before that step is taken.