A pair of city kids are all grown up, and now they want a place where their friends and folks like them can go to blow off some steam and enjoy themselves in a relaxed, grownup environment.

So, they bought a bar. On Shrewsbury Street, of course.

Frank’s will take over 274 Shrewsbury St.

The longtime home of Jeff’s Place and most recently Rivalry’s sports bar, Frank’s, at 274 Shrewsbury St., will feature live music on the weekends and a bar menu. The owners hope to offer outdoor seating as well. It aims for a May 1 open.

Co-owner and bar manager Perry Jano said, “There’s not enough live entertainment on the street and we hope to do our part by adding much more.”

[Editor’s note: Live music can be found on Restaurant Row at Funky Murphy’s, Padavano’s Place, Flying Rhino — next door to Frank’s — and Vintage Grille to name a few.]

Jano and fellow his co-owner, who after speaking with the Sun asked that his name not be published, aim to attract a crowd similar to those who frequented the address before.

“We’re looking for an older, mature crowd. And we want to be a place where people can go and dance and have fun,” Jano said.

Over the past 20 years, the location has seen several changes in ownership, management and bar names. The location started as Kettles in 1995 before becoming Jeff’s Place, then was the short-lived Jeff’s Tropical Oasis, which became the even shorter-lived Club 2011 (in the year 2011), before being the home of Rivalry’s the past few years.

Like Jeff’s Place and Rivalry’s, Frank’s will offer dancing, live music and a lively atmosphere.

What they’ll do differently than their predecessors is offer a bar menu with sandwiches, paninis, and cheese plates. A full menu isn’t possible, Jano said, because the kitchen isn’t large enough.

According to Jano, the process of purchasing the bar and the continued steps — licensing, etc. — took the pair nearly six months. They purchased the bar for roughly $40,000 from Dan Ha, owner of Red Lantern on Shrewsbury Street. CJ LLC, the pair’s business entity, leased the space March 1 from building owner Ricciardi Bros. Realty Trust.

Jano and his business partner were both born and raised in Worcester.

Jano, a graduate of Doherty Memorial High School and American International College, is a football coach at Doherty and a territory sales manager for Pentair Valves & Controls.

According to Jano, at the License Commission hearing on March 31, the owners were approved for an alcohol license and an entertainment license. 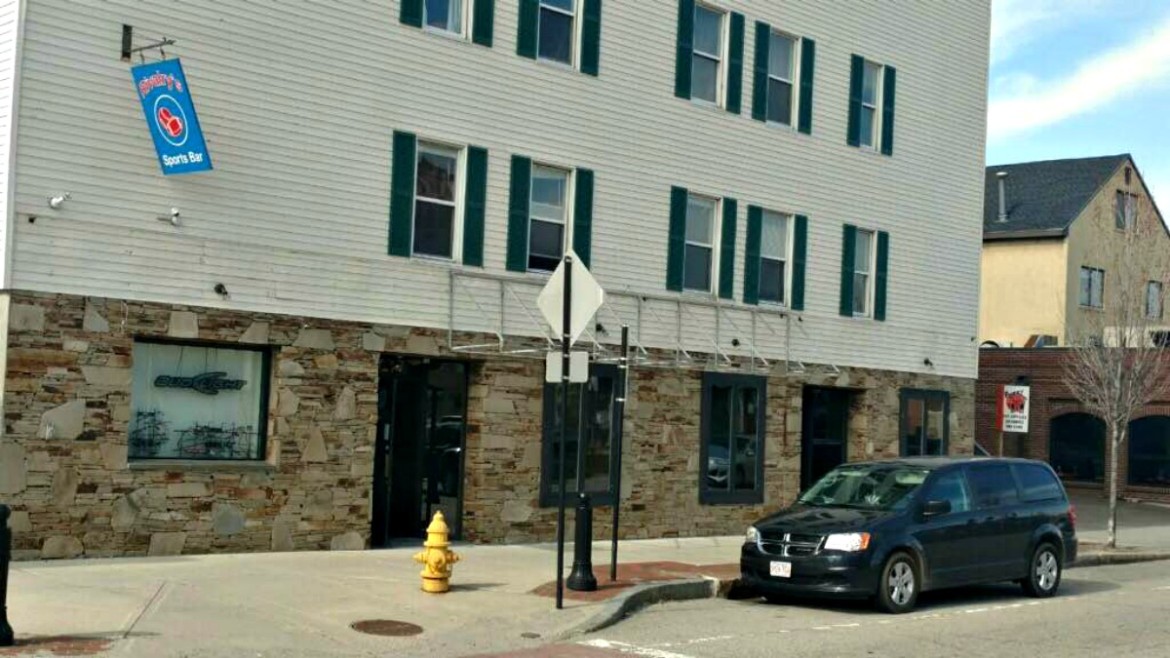 Jeff’s Place and Rivalry’s sports bar are among the former occupants where Frank’s plans to open May 1.

The pair received some opposition regarding live music, but they agreed to close the windows late at night and, according to Jano, that quieted concerns some Shrewsbury Street residents expressed at a meeting.

“First and foremost, it is a neighborhood. And we certainly respect that,” Jano said.

Shrewsbury Street Neighborhood Association President Gary Vecchio said, “There had been concerns and a number of complaints about outdoor music and live music when certain bars have had their windows open.”

“Over the last 15 years, noise from that establishment has caused some concern. However, the owners did agree to close the windows and doors when their entertainment starts,” Vecchio added. “Hopefully they’ll be good neighbors and it will work out well for everyone.”

Although they’re not leaving their full-time jobs, Jano said that either he or his partner will always be present during hours of operation.

Along with the owners, Jano said that the bar will likely employ four to six bartenders.

“Shrewsbury Street is the hottest street in the city. We’re all very excited. The growth has been exponential,” Vecchio said.

Vecchio noted that oftentimes the city has to give tax breaks for development projects. But on Shrewsbury Street, he said, properties that are being bought up are paying full price on their property tax. And that will only help new bars and restaurants.

Vecchio lists the recently opened ReadyMed center, the future 118-room Homewood Suites by Hilton hotel at Washington Square, a four-story office building being built in an empty lot between Fidelity Bank and General Wire Products at 425 Shrewsbury St. and a $5.5 million self-storage center being placed across the street from ReadyMed as new projects that are paying full taxes on their property.

“The development that is happening on Shrewsbury Street is wonderful. We are really pleased with it. That’s the type of development we’ve wanted to see for years. The businesses love it. It means more people to go into their establishments,” Vecchio said.

While neither Jano or his partner has experience in the bar business, Jano said that their combined 25 years of experience in sales, the pair’s many contacts throughout the city, and their eagerness to own a successful bar will translate to good management and customer service.

Jano added, “And an opportunity to open a bar on Shrewsbury Street, you really can’t beat that.”