Early spring is a great time of year to get outside and hike the trails in and around Worcester. Before leaves block the view, you can see portions of the historical landscape that are normally obscured. Oftentimes hidden in the woods are long abandoned but important vestiges of our cities’ pasts. 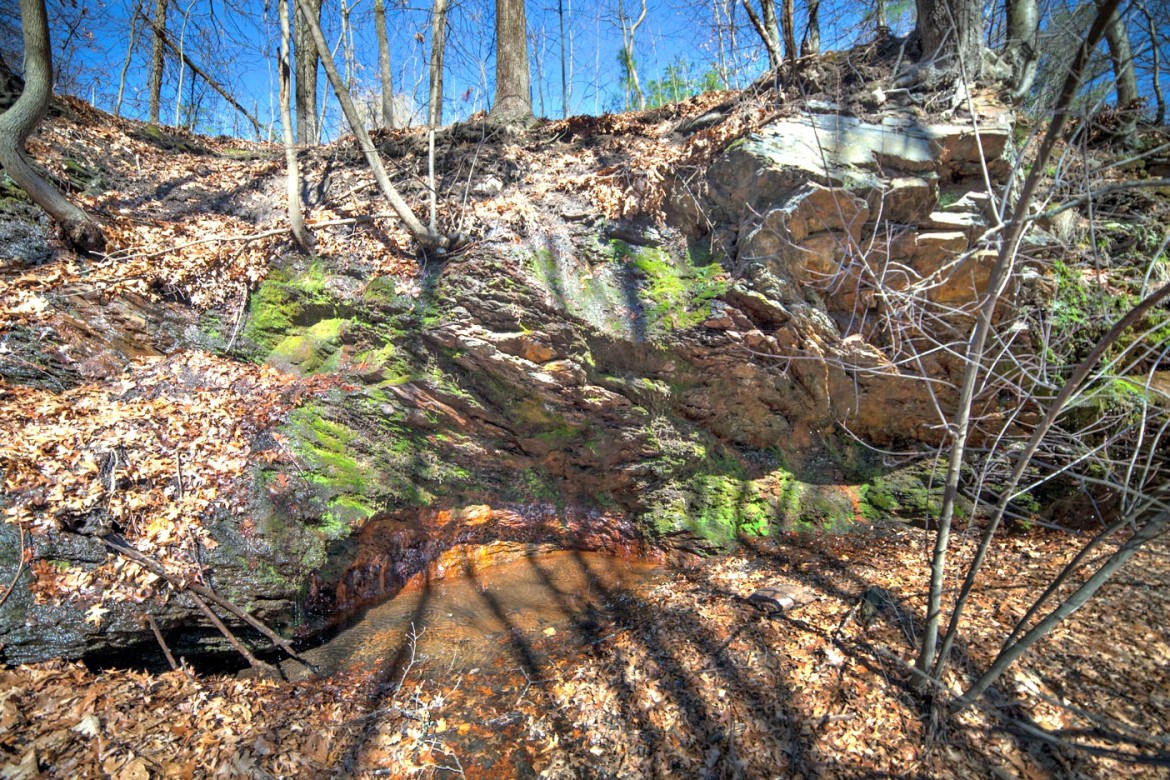 Rock ledge of old coal mine

The East Side trail stretches from Lake Quinsigamond to East Park (Cristoforo Colombo Park) on Shrewsbury Street. The trail is managed by the Greater Worcester Land Trust, with partnerships and conservation restrictions from the city and local landowners.

Work on the trail began in 1997 and finished in 2011. It takes hikers past old rock quarries, through ravines and along spectacular stone walls. One of the more unique landmarks is the old coal mine shaft. Yes, an old coal mine in Worcester.

Also from David DuBois: Worcestory Lesson: A ‘diabolical outrage’ in 1850

Today, the old mine shaft has a post-apocalyptic vibe. Standing there gives off a sense of long-forgotten significance. The shaft itself long ago collapsed, and all that is left is the exposed ledge  The 200-foot-long by 20-foot-high ledge is covered with a thick layer of bright-green moss. Even in the driest months. a steady stream of water drips off its face. 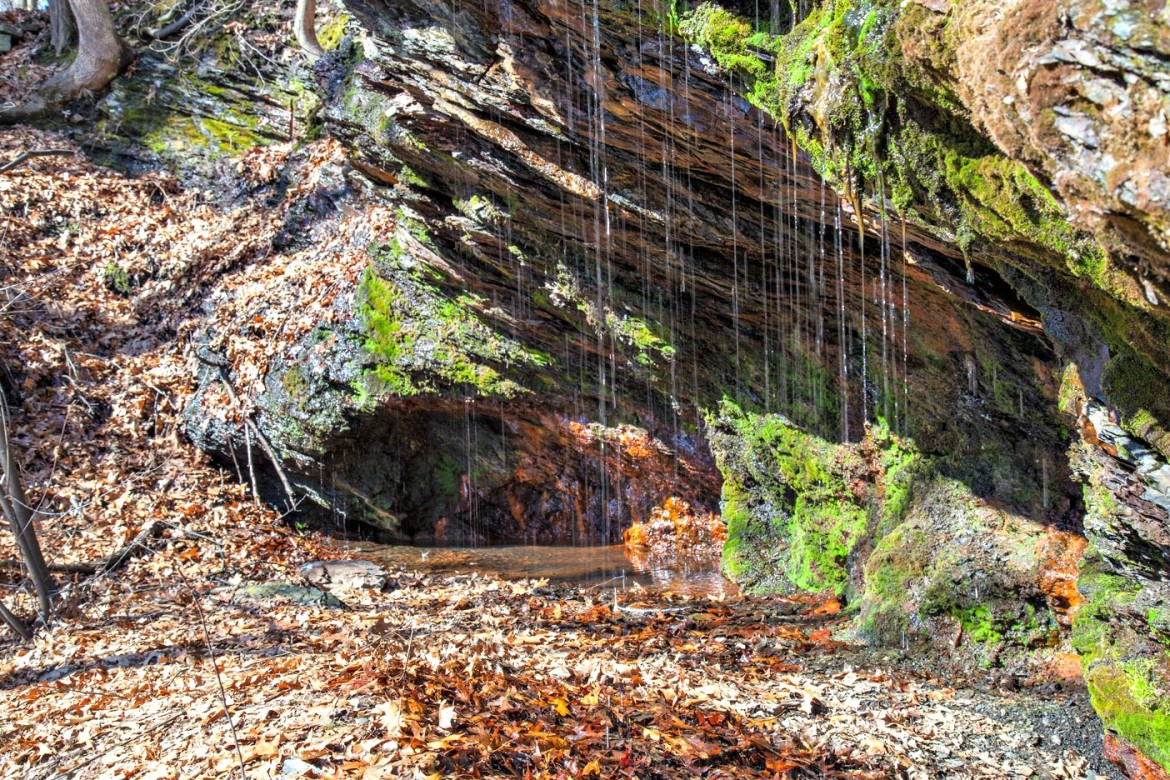 This deposit of anthracite coal was first used by local Native Americans, but by the 1820s it gained the full attention of city residents. Ever since the first commercial coal mine in North America opened in Virginia in the 1740s, securing domestic coal became a priority for industrial development. In 1829, the Worcester Coal Company was incorporated under Amos Binney to build a mine shaft and increase capacity.

Initially, there was a lot of promise for the quantity and quality of coal found in the Worcester mine. In 1824, the New England Farmer reported that the “bed is apparently of considerable depth and of great extent, shewing itself in various places.”

The Massachusetts Spy received a quantity of the coal to test, and found “it to ignite readily, and to produce great heat.” According to the Spy’s analysis, the Worcester coal compared favorably to coal from Rhode Island. It ignited easier and burned longer, but left a great “residuum.” Their hope was that as the bed was excavated the coal would only increase in purity.

Coal had many uses in early 19th century and finding it locally had the potential to dramatically alter the city’s fortunes.

Dug by hand, the scope of a 19th-century coal mine was very different than what one imagines today. At its most productive, the mine employed 21 workers digging two separate shafts. The largest was 8-by-7 feet and went approximately 60 feet into the hillside. Today, a portion of the rail bed those workers constructed to move coal down to Lake Quinsigamond is used for the East Side trail.

It is estimated that the mine produced at most a couple hundred tons of coal. This fell far short of visions of barge after barge of Worcester coal traveling down the Blackstone Canal for export.

Backers of the mine even laid plans for a railroad to carry coal to Boston. The majority of what was mined was used locally to heat homes and jumpstart industrial activity in the city. Samuel Swett Green writes in his 1889 history of Worcester that much of the coal from the mine was used by the Trumbull & Ward brewery. It required an inexpensive source of heat to malt barley and fuel the brew kettles. 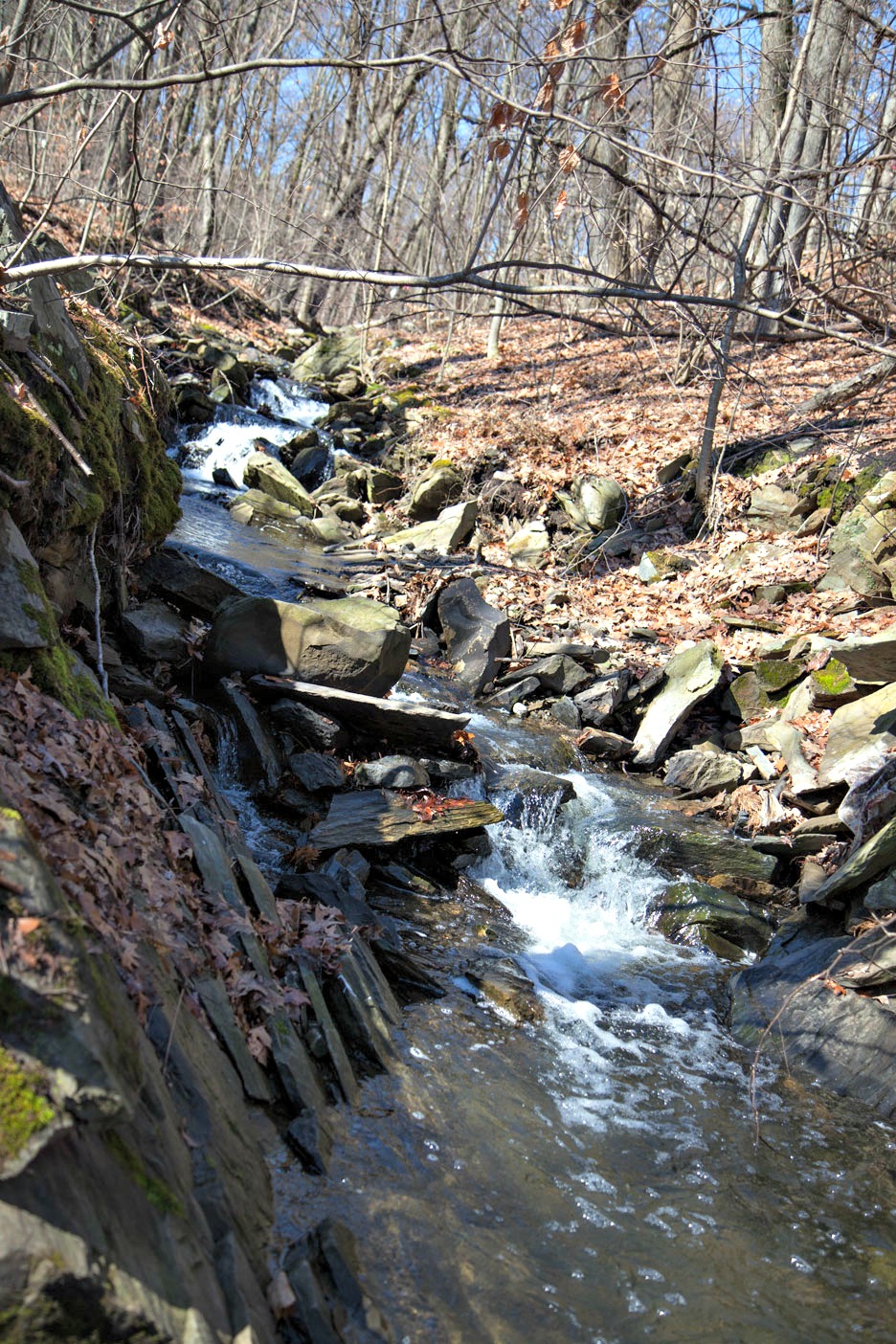 In the 1879 History of Worcester County it is noted: “The owner of the farm in which the great mass of coal was supposed to lie demanded so high a price for his land that the [Worcester Coal Co.] refused to purchase, and the enterprise was abandoned.”

Colonel Amos Binney was born in 1768 and served as a Navy agent at the Charlestown Navy Yard during the War of 1812. He was an advocate of building manufacturing capacity in the United States, and his obituary notes that “his attention was particularly directed to the mineral treasures of our country.”

Perhaps referring to his investment in the Worcester coal mine, it noted, “some of his undertakings should have resulted in pecuniary loss, was a consequence naturally flowing from his principles of action.”

In the long run, Worcester coal was inferior to the Pennsylvania coal traveling up the Blackstone Canal and the mine failed to make economic sense. 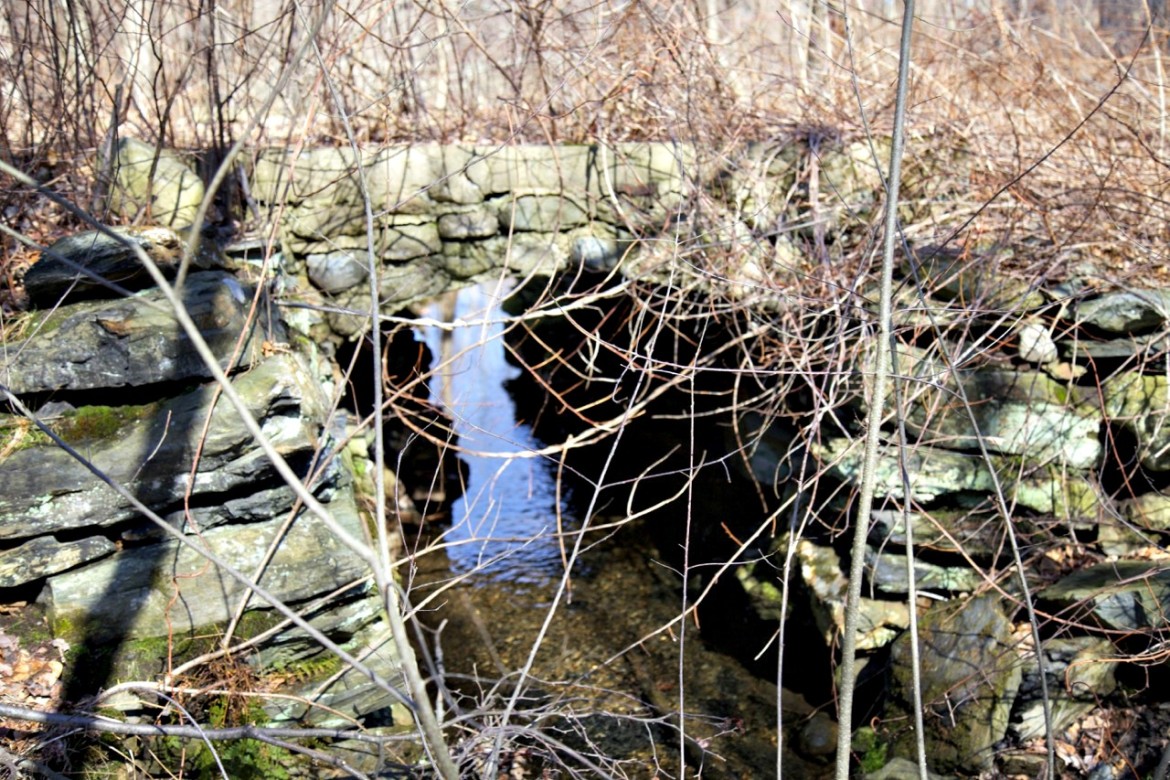 Hiking in an urban area is very different than in rural places. Standing in the woods, you are constantly looking out at the modern city around you while at the same time confronted with evidence of the city’s past. As floodwater recedes it leaves behind a high watermark of debris.

Over time, that line blends back into the landscape. So, too, was the industrial activity that once filled Worcester.

Most of the factories are gone, train tracks buried, and coal mines and quarries hidden. Funny enough, the rubble from the demolition of an area of downtown Worcester during mall construction in the late 1960s was used to fill in one of the rock quarries near Green Hill Park. As GWLT Executive Director Colin Novick pointed out when he spoke to The Sun about the East Side Trail:

“Historic Worcester is entombed up there.”

One thought on “Worcestory Lesson: Digging the city’s past on East Side trail”