As part of ongoing efforts to maintain their playhouse building, and raise money to improve their pipes — the plumbing ones; their voices, we can report, are in fine form — the many folks who comprise Worcester County Light Opera Company will be producing, appropriately enough, seven performances of the Tony Award-winning musical “Urinetown.” 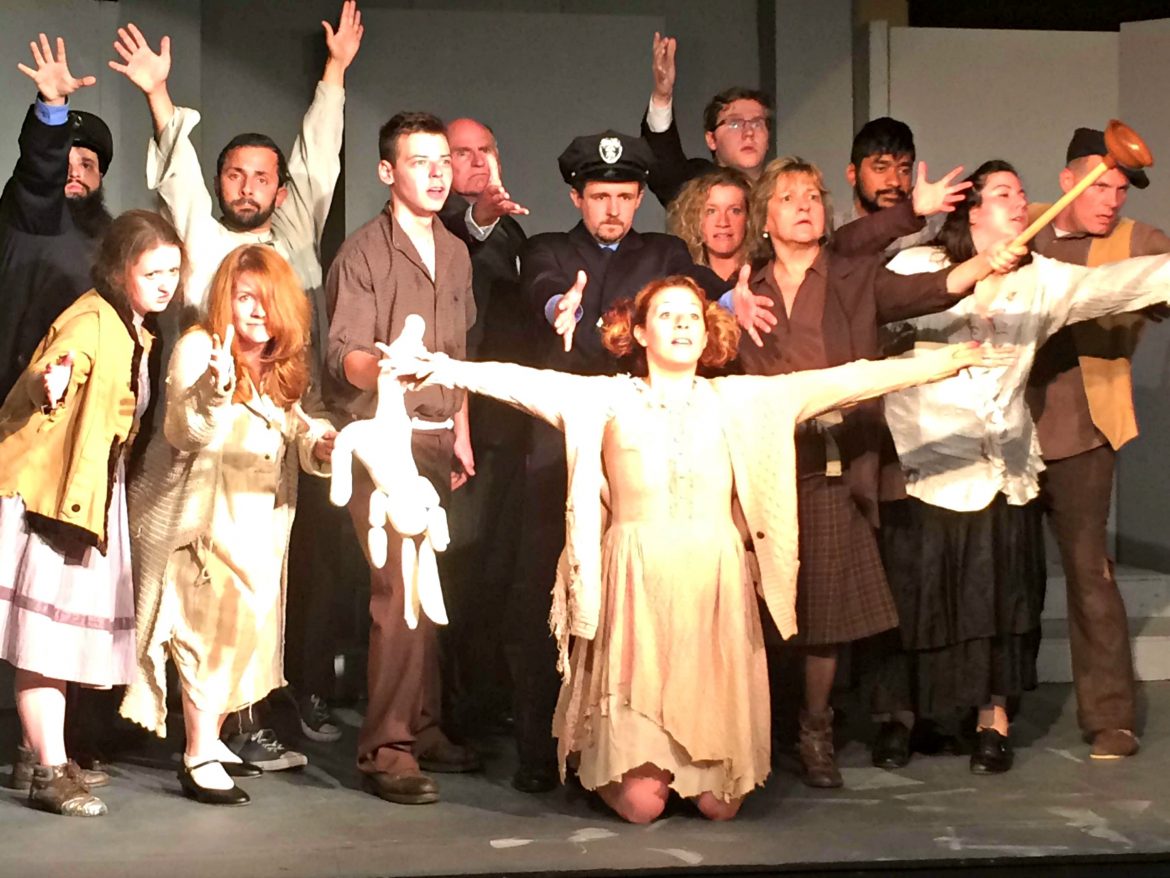 WCLOC will put on seven June shows of the crowd favorite “Urinetown” to help fund plumbing repairs at Grandview Playhouse.

Evolving from light opera to musical theater, WCLOC is in its 80th year as a nonprofit theater company and is the oldest live theater troupe in Worcester. It seeks $20,000 to perform plumbing upgrades to their Grandview Playhouse at 21 Grandview Ave. The group started a GoFundMe campaign with a goal of $5,000 but had raised only $175 after several weeks.

According to Lenny McGuire, music director for WCLOC’s “Urinetown” production, the company has until June 29 to raise the remainder of the money.

“The way we broke that down is to hopefully raise $2,000 in advertising and $13,000 in ticket sales,” said McGuire, of Clinton.” We’ve already received a generous sponsorship of a combined $2,500.”

The campaign has an attention-grabbing slogan: “For the privilege to pee at WCLOC!”

Production costs are low, McGuire said — noting only the rights to perform “Urinetown” and wages for musicians — so most of the ticket revenue will go toward repairs. 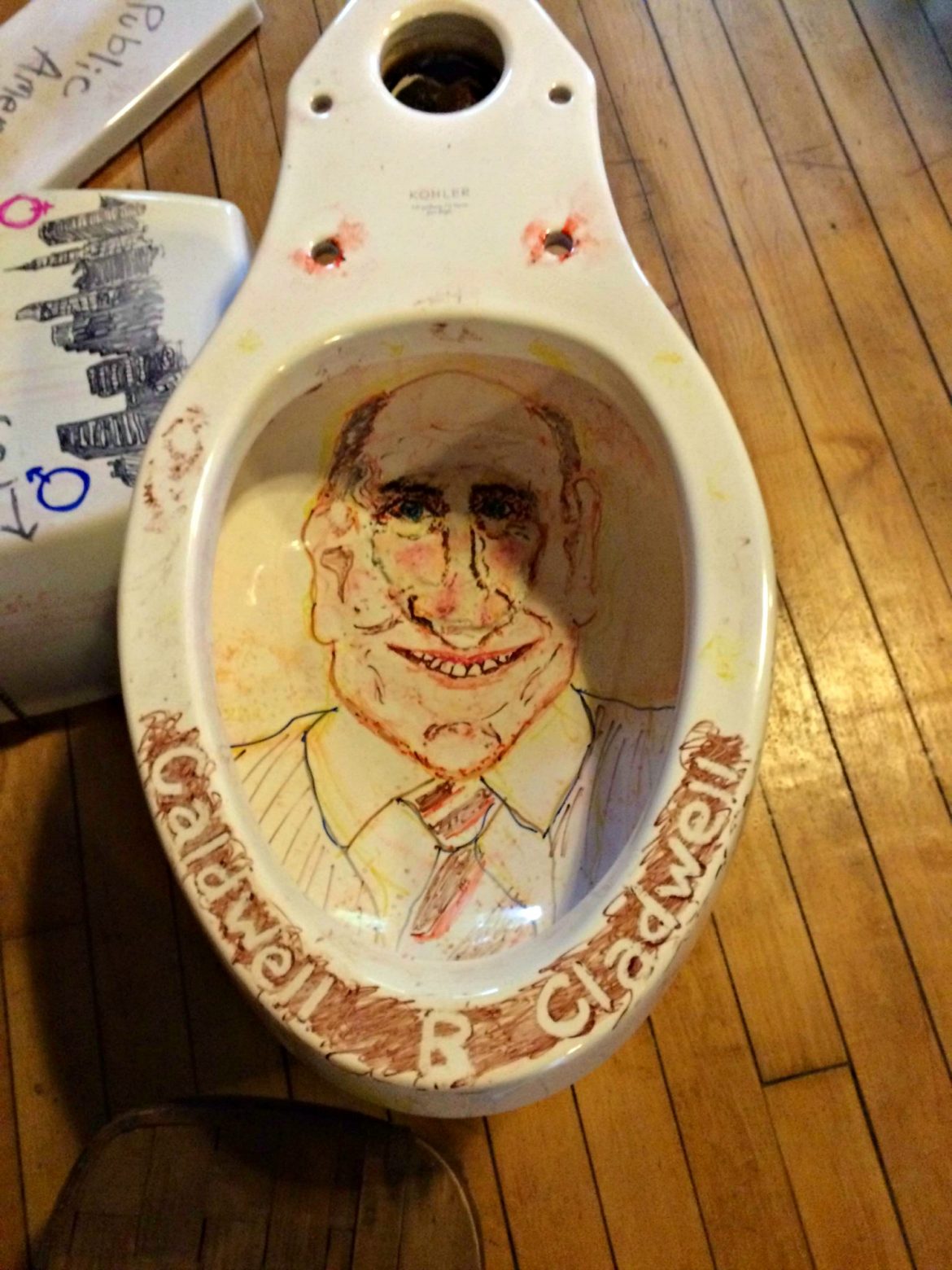 Plumbing repairs are needed, McGuire said, because during nearly every performance at the 100-seat Grandview Playhouse, the women’s restroom floods.

“We have someone down there with a mop during intermission to get the flooding mopped up. So we really wanted to replace the plumbing downstairs and add another toilet in the women’s room. It’s inadequate right now,” McGuire said.

“Right now, I can’t say our doors will shut because as long as we have a mop I think we’re good,” McGuire added.

JoAnn Savage, president of the WCLOC’s board of governors, has been with the company for 41 years.

If the theater company falls short of its $20,000 goal, Savage said it would be a work in progress. “It will take us a while. This is our first attempt at a fundraiser for something like this so it’s a learning process.

Savage’s husband, Ed Savage, whom she met 41 years ago at the theater, is treasurer of the WCLOC. He has been with the company for 42 years. 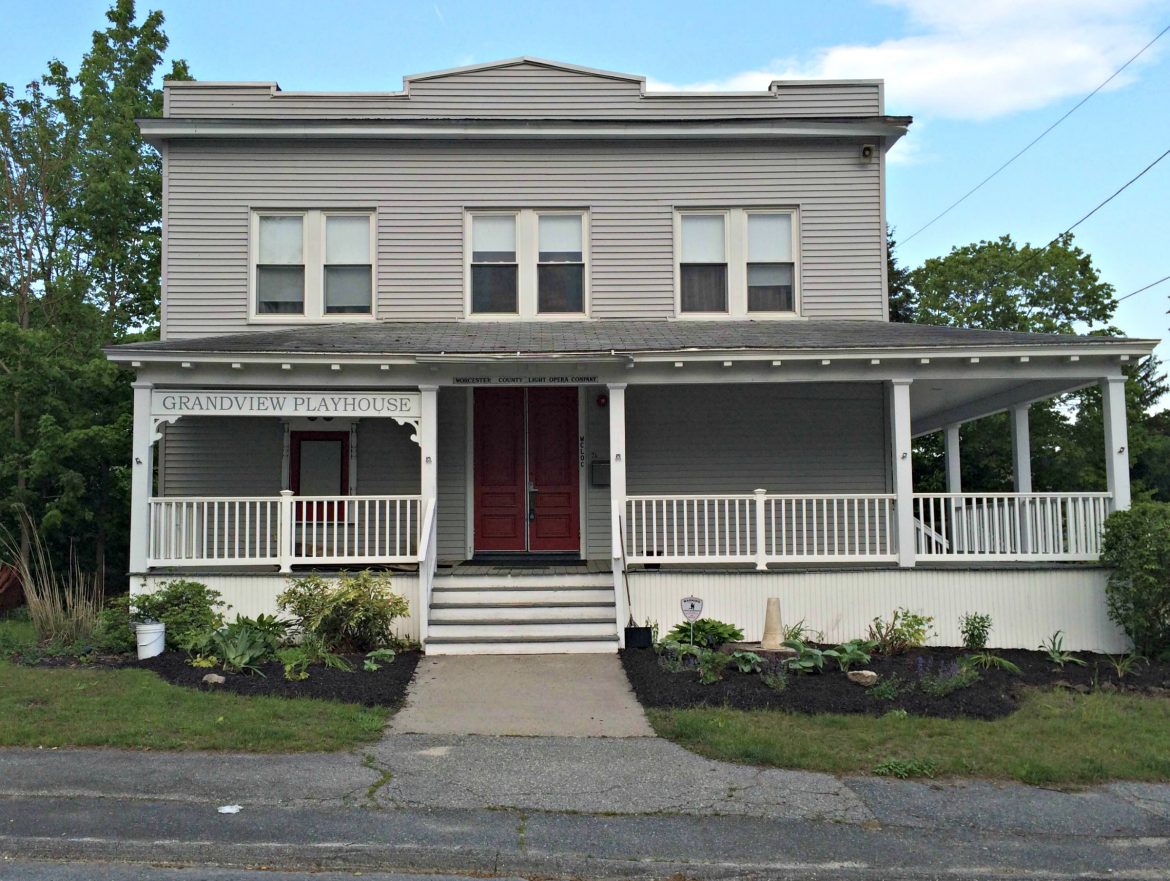 “Urinetown,” which premiered in 2001, is a satire that plays on the country’s legal system, capitalism and social irresponsibility, as well as corporate mismanagement and municipal politics. Local authorities in Urinetown have outlawed the use of private toilets to regulate water consumption. Residents must pay to use toilets managed by corrupt corporation, Urine Good Company.

“It’s a show that most actors really like. It’s a show that hasn’t been done a lot around here and this club has never done it. The people that are actually doing it really love the show,” McGuire said. “It’s a great opportunity for us.”

Blessington, originally of Rhode Island and now living in Oxford, is a graduate of Assumption College and has been with company five years.

“This is a really, really funny show. It’s hysterical,” he said. “You’re going to need the bathroom you will be laughing so hard.” 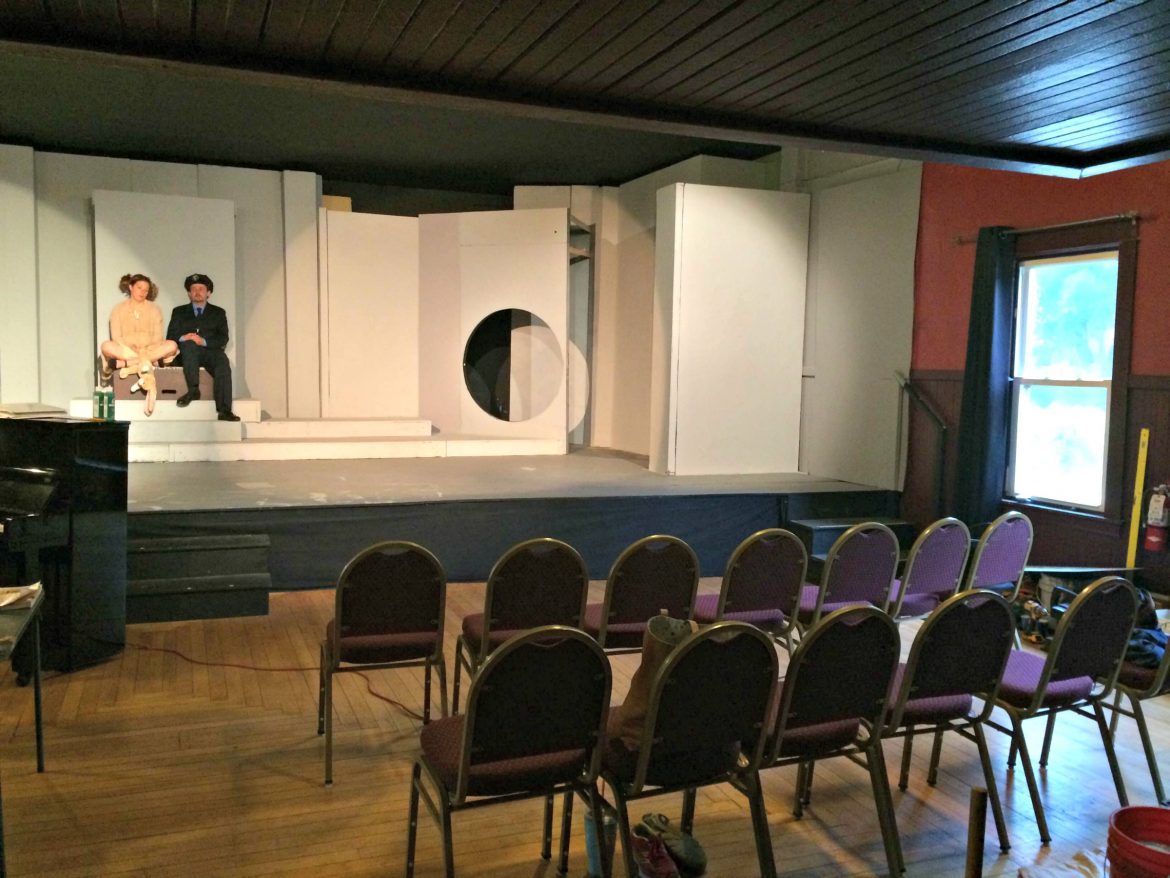 Kendrick, from Watertown, N.Y., now lives in Holden and is performing in her first show with the troupe. She has experience with Calliope Productions in Boylston, and Gilbert Players at the Center at Eagle Hill in Hardwick.

“It’s such an ensemble show,” Kendrick said. “Everyone in it is such a character. There’s no bigger part than the others. You can watch everyone on stage and have a great experience.”

The choreographer is Caitlin Lubelczyk.

In 2002, “Urinetown” won Tony Awards for Best Book of a Musical, Best Original Musical Score, and Best Direction of a Musical.

The theater company has been around since 1937. The six original members wanted to form a company to perform the operettas of Gilbert and Sullivan, with the first being the popular “Pirates of Penzance.”

In February 1938, WCLOC performed its first major production at Tuckerman Hall to packed houses over two nights. The production was a double showing of the short opera “Trial by Jury” and Gilbert and Sullivan’s first international hit, “H.M.S. Pinafore.”

Since then, the company has grown in the hundreds and performs an annual musical, four additional annual in-house productions, and for the past nearly 40 years has offered four-week summer musical theater workshops for children.

“Part of our mission has been all about the children and the performances they put on in the summer,” Savage said.

Each summer, the group hosts 30 to 35 children for two nights a week over three weeks, followed by one full week of rehearsal before the children perform a full-length show.

“This has been the first and only company in Worcester. It has been the feeding ground and education place for all other theater in the area,” Savage said. 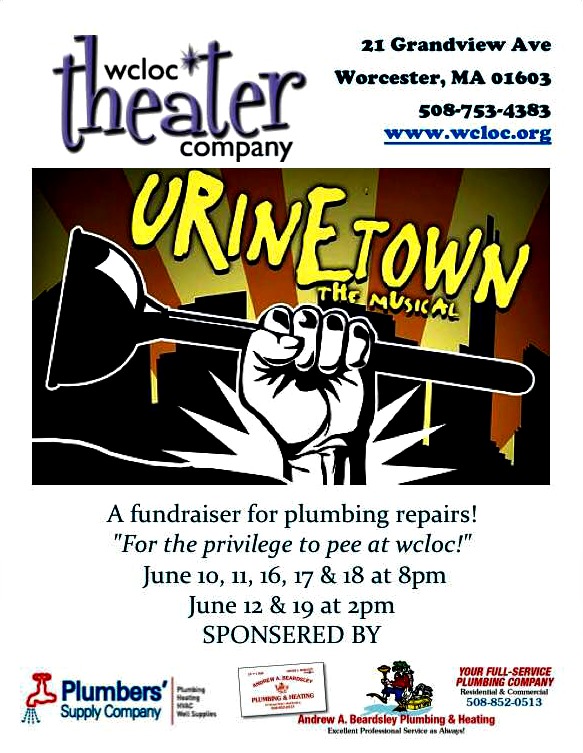 Tickets for WCLOC’s production of “Urinetown” can be purchased here: Ticketstage.com. The Grandview Playhouse is at 21 Grandview Ave. in Worcester. For more information, call (508) 753-4383 or email admin@wcolc.org. If interested in advertising in WCLOC’s “Urinetown” program, contact Lenny McGuire at mcgle01@charter.net. Prices to advertise start at $25.