Randy Feldman has a vision for downtown Worcester. And he’s not afraid to share it.

Feldman, an immigration attorney with an office on the first floor of the Denholm Building on Main Street, called the Worcester Redevelopment Authority [WRA] urban renewal plan “phenomenal,” but believes the city is “playing small ball” with its redevelopment plans, and the plan itself wasn’t communicated to local business owners well enough. 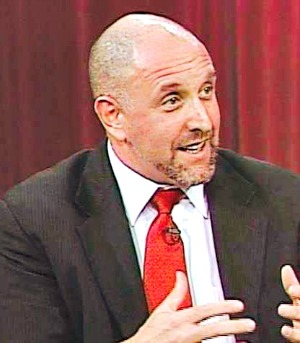 As part of the WRA plan, six office condominiums located on the first floor of the Denholm Building would be potentially acquired by the WRA for redevelopment into proposed retail, restaurant and commercial space.

Among those condos include nonprofit women’s business outfitters Dress for Success, a U.S. Postal Service branch, a coffee and sandwich shop, and an antique and collectibles store, all of which could be relocated under the WRA plan. Two other condos are unoccupied.

According to Feldman, the owner of the collectible shop, Joseph Fortier — who purchased his condo in 1988 — was unaware of the WRA plan to take over the first floor of the historic former home of Denholm & McKay department store and were shocked to read about it in the newspaper. 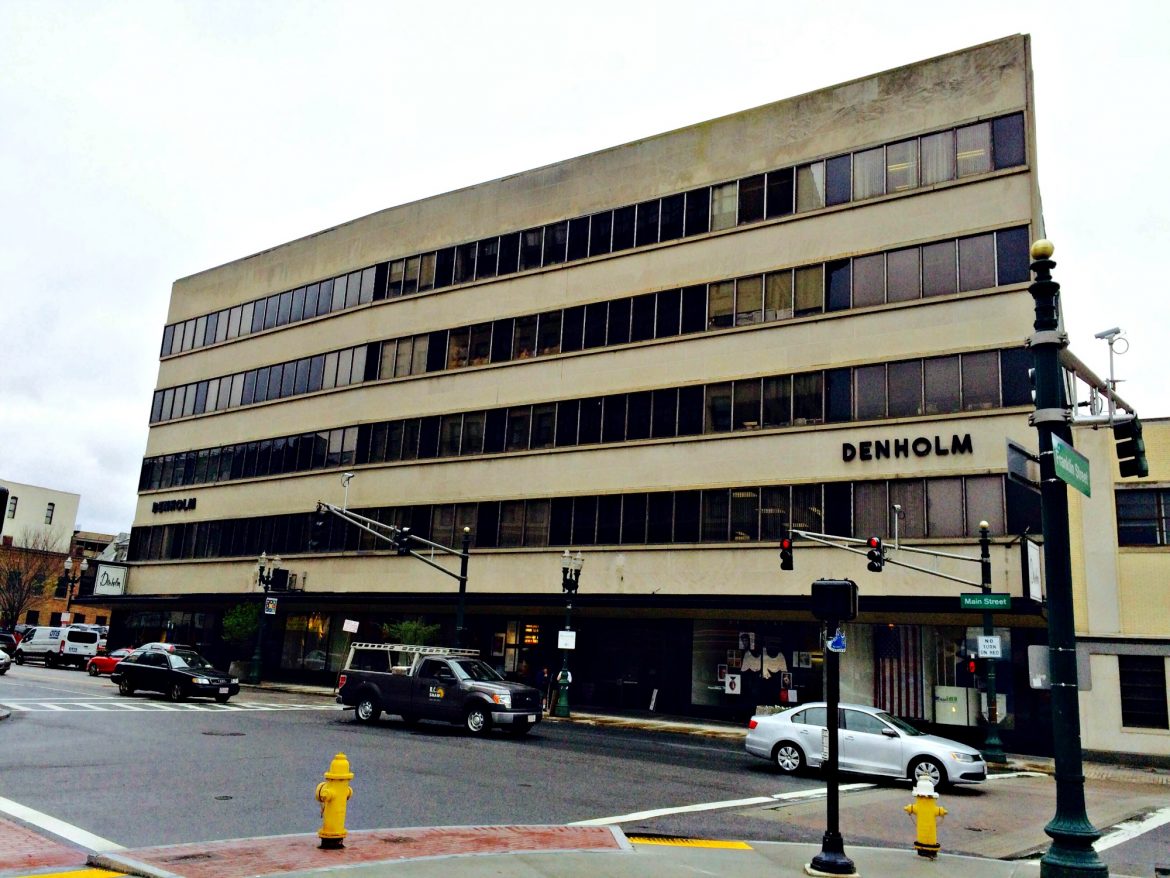 The first floor of the Denholm Building is being targeted by the WRA downtown renewal initiative.

“They were startled. They didn’t know if they should be attending the [Thursday, May 5] meeting or what they needed to do,” Feldman said.

Feldman said the only reason he had heard about the WRA plan prior to its Tuesday, April 19, announcement was that he received word from Jill Dagilis, executive director of Worcester Community Action Council [WCAC] and vice chairman of the WRA Citizen Advisory Committee.

Feldman, who has lived and worked in the city for 30 years since moving from New York City in 1986, said officials should have taken broader strokes on its redevelopment plan and included other buildings downtown.

“I think this plan would be much better if it had a bigger vision,” Feldman said.

Feldman is a graduate of Boston University School of Law, and is a regular political commentator on WCRN-AM 830 and Charter TV’s Central Mass Chronicles. Feldman also authors his own blog, Big Mouth Manifesto, commentary on everything that’s going on in Worcester’s community.

As part of his own vision, Feldman listed projects like a cable car running from Union Station to UMass Medical School, a walking pier at Lake Quinsigamond for popup markets during the summer months, and the Memorial Auditorium or Notre Dame Church could be turned into an attraction like Boston’s Faneuil Hall and Quincy Market.

“You could do some visionary stuff in this city,” Feldman added.

Feldman also said the Money Stop pawn shop at 526 Main St. should be included in the WRA demolition plans to expose residents and visitors to the grandeur of The Cathedral of Saint Paul on Chatham Street. 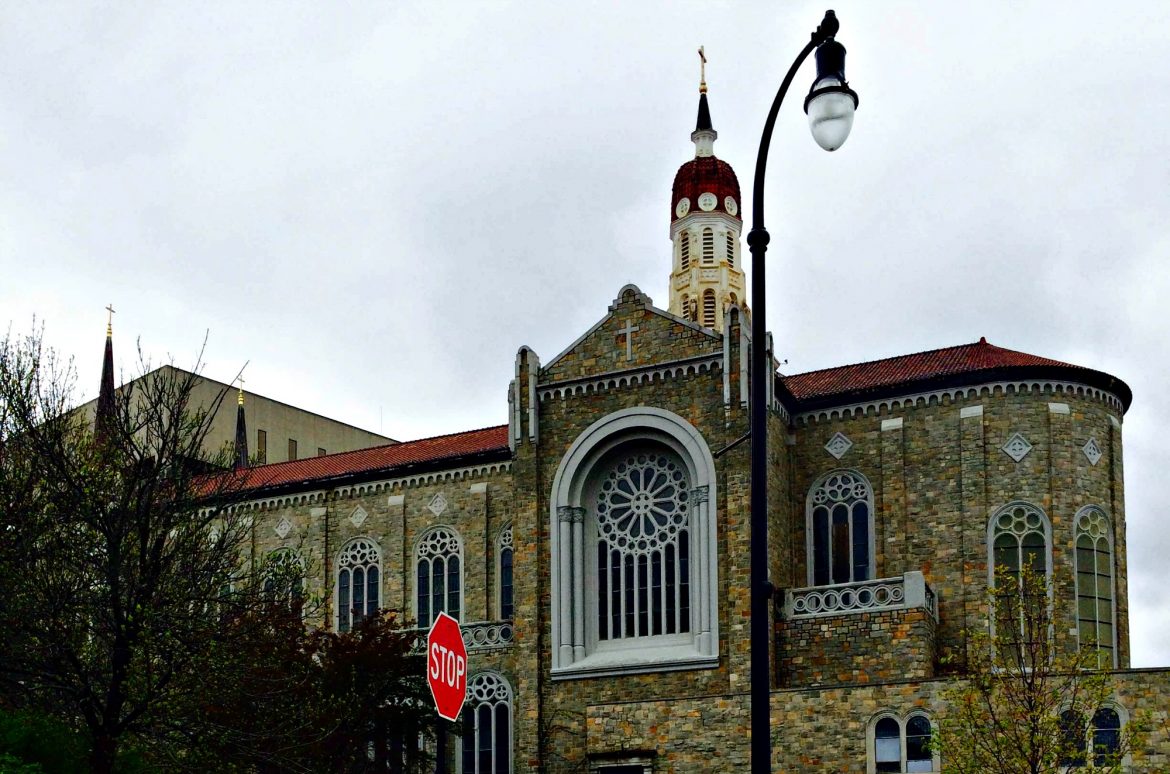 A view of the side of the Cathedral of Saint Paul

“That church is one of the nicest in Worcester and no one ever sees it. I would tear it [Money Stop] down, and place a small garden or park area to add some green and spruce up downtown,” Feldman said.

“In general, I thought [the WRA] plan was phenomenal. It was very selective and they did a good job selecting properties that they’re just going to take down completely. We will now have parcels available for developers and we can get away from this idea that ‘nothing can be done in Worcester’,” Feldman said.

“What they did and I really applaud them for it, is the WRA is giving the opportunity to those owners that are willing to fix up their buildings to do so and they will leave them alone. And then there are those people that don’t want to do anything with their property because the economics don’t work out for them, they will give them money.”

For Feldman, the most important part of the WRA plan is the demolition of three parcels at the intersection of Southbridge Street, Lafayette Street and Quinsigamond Avenue.

The properties targeted for demolition, referred to as the “triangle parcels,” include adult entertainment club Hurricane Betty’s, an automotive repair shop, and the home of the Worcester Flea Market at 4 Quinsigamond Ave.

At the intersection of Quinsigamond Avenue and Southbridge Street and at the tip of the artery that leads commuters to and from Route 146, this could be for many a key gateway to the city, Feldman said.

“If anyone ever came into Worcester that way for the first time, they would think ‘This is the grossest city I’ve ever seen’.” 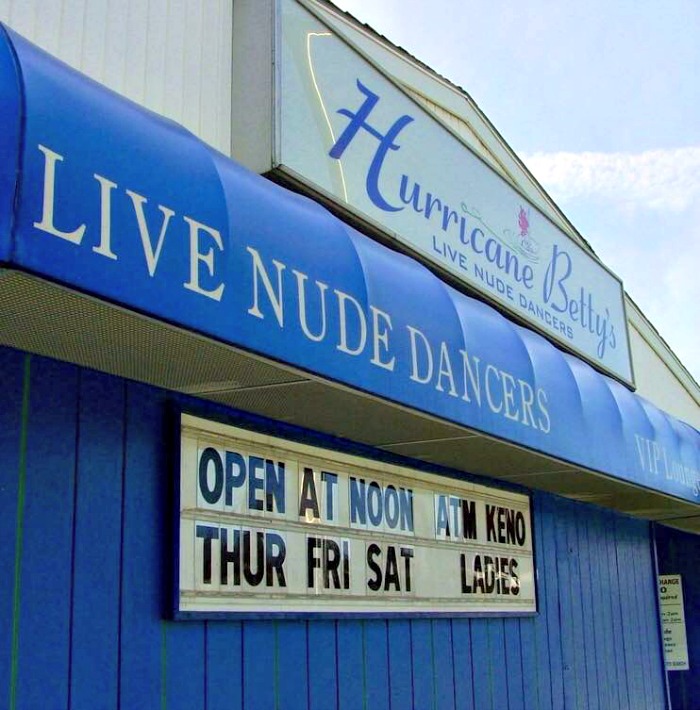 The WRA plans major residential and commercial developments there.

“The triangle parcel fronts a portion of the area slated for improvements, and its redevelopment will create a positive and aesthetically pleasing impression for residents and visitors by removing visual blight and outdated signage, and making improvements to roadways, sidewalks, signage, and lighting.”

Feldman said despite the positive and important steps, more could have been done.

“I don’t disagree with anything the WRA did, it’s just not enough. They’re still playing small ball,” he said. “You have to bring it a little bit. You have to change the image of downtown. I thought it was great at what they suggested, but no one is asking, ‘How much further can we go?’ ”

The WRA will hold a public meeting at 5:30 tomorrow [Thursday, May 5] at the DCU Center.