Are women underrepresented when it comes to earning computer science degrees from U.S. colleges and universities? If so, is that a problem? And what should be done about it?

By most accounts, and according to the conventional wisdom, women are vastly underrepresented in computer science.

Tichenor cites a 2001 study by Tracy Camp of the Colorado School of Mines which traced a long decline in the percentage of computer science degrees awarded by U.S. colleges and universities to women, from a high of 36.8 percent in the 1984-85 academic year to just 26.7 percent in 1997-98, according to figures compiled by the National Center for Education Statistics.

Since then, Tichenor notes, the decline has continued. Today only 18 percent of computer science degrees are awarded to women.

More Sina-cism: Enter the trigger-man, guns blazing on trigger warnings and their utility, or lack thereof

Numerous studies confirm the difference in total computer science degrees awarded to men and women. And the nation’s colleges and universities anticipate being able to fill less than one-third of the 1.4 million computer specialist jobs expected to be available by 2020, just four years from now.

Tichenor concludes that “we cannot afford to let a single brilliant mind walk away,” and outlines the efforts WPI is making to encourage women to enter STEM fields. Building parity and diversity, she concludes, will “make for a stronger workforce and a stronger nation.”

It sounds good, but I wonder whether it adds up. 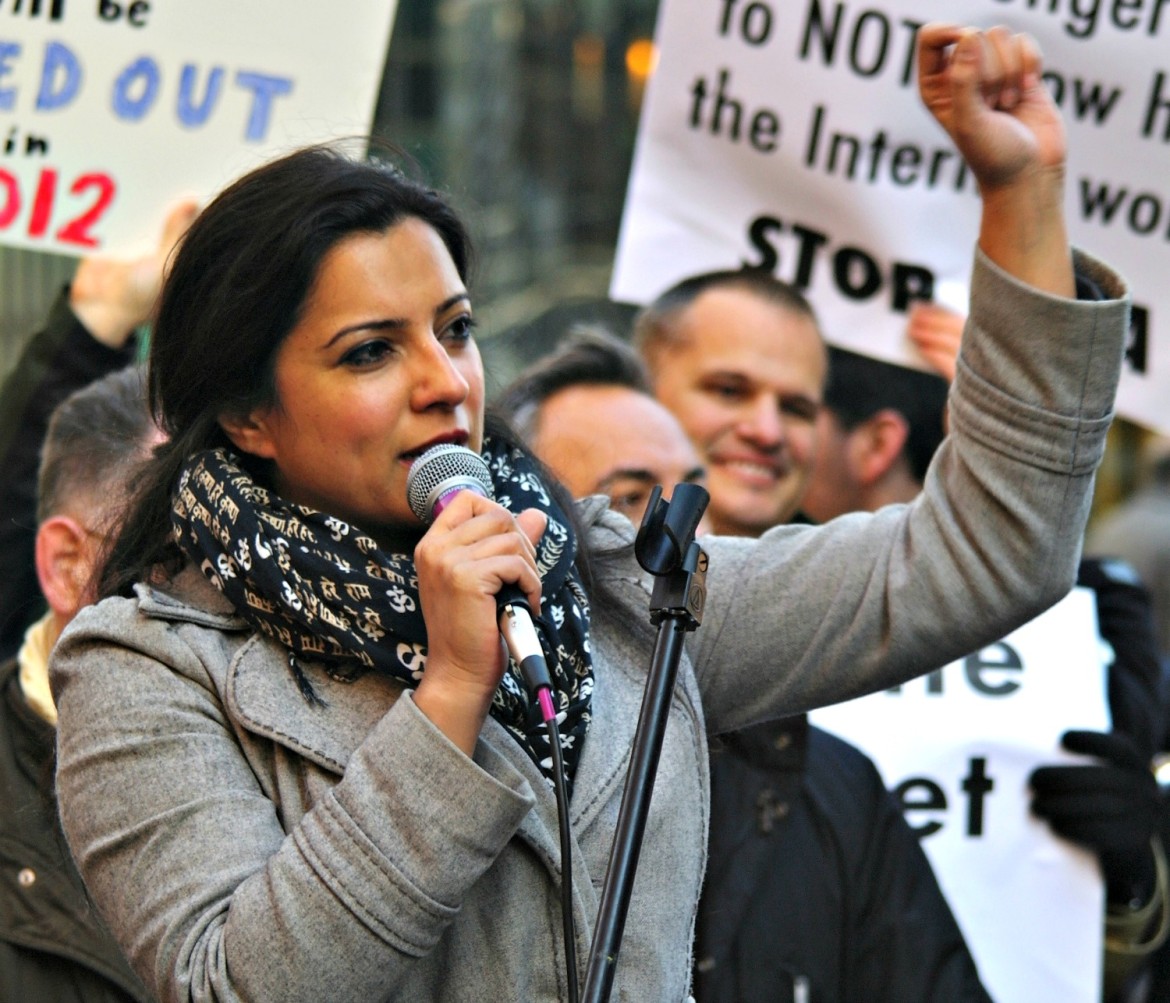 Reshma Saujani, founder and president of Girls Who Code, was an honoree and speaker at WPI graduation May 14. Girls Who Code is a national nonprofit that aims to support and increase the number of women in computer science.

Academics (and many others) are quick to perceive gender gaps. But not all fields appeal equally to men and women, for many and varied reasons.

Very few men major in gender studies in college. (Relatively few women do either, but far more than men.) Again, no one perceives a gender gap. Why? I suspect because gender studies offers fewer employment prospects and lower earning potential than many fields. There is little at stake.

Where there is more at stake, we perceive gaps.

But are they real?

I define a gender gap as any statistically significant imbalance in male/female ratios in a field which, while containing no specific biological barrier to entry – and in the face of widespread and equal demand for entry by both sexes – limits entry to one or the other sex by a combination of bias, tradition, law, politics, ideology or religion.

Does computer science meet this definition? No.

The decline Tichenor describes has taken place over the last 32 academic years, through varying political administrations, changing economies, and shifting job markets. Over those years, a full generation, institutions public and private, including government, have made extraordinary efforts to level playing fields for men and women, and offered unprecedented encouragement to girls and young women to enter STEM fields.

Many women have done so. Most have not.

What is going on? Could it be that we are here seeing the effects of some subtle but basic difference in psychological makeup?

A 2014 study by Sylvia Beyer in Computer Science Education contained this very interesting observation: “An important contribution of this research was the investigation of predictors of future CS course-taking and grades. Students who were interested in CS, had high computer confidence, were low in family orientation, low in conscientiousness, and low in openness to experiences were more likely to take CS courses …”

That description seems to match that of the stereotypical male computer geek who prefers a silicon solitude – and isn’t really that flattering. Low family orientation? Low conscientiousness? Low openness to experiences? Hardly traits to encourage.

Yet Beyer’s study, like most others on this topic, pivots toward “solutions” for the “problem” of fewer women in computer science.

Many years of data show that women are actually and simply less interested in computer science than men, that the “gender gap” exists in the minds of academics, and that no amount of encouragement, no number of career days or programs, is going to bring about a balance that women themselves appear to be uninterested in achieving.

The only balance we need in education is allowing men and women the freedom to choose whatever field makes them happiest, and respecting their choices.