To my way of thinking, about the only trigger warning that should exist when it comes to books, plays, music and films is an actual Trigger Warning when you are about to watch yet another mid-20th century Western starring Roy Rogers and his palomino.

But they are remarkable precisely because they tackle difficult themes, including war, disability, sex, colonialism, religion, jealousy, aging, loneliness, and the strains that life places upon even strong friendships. 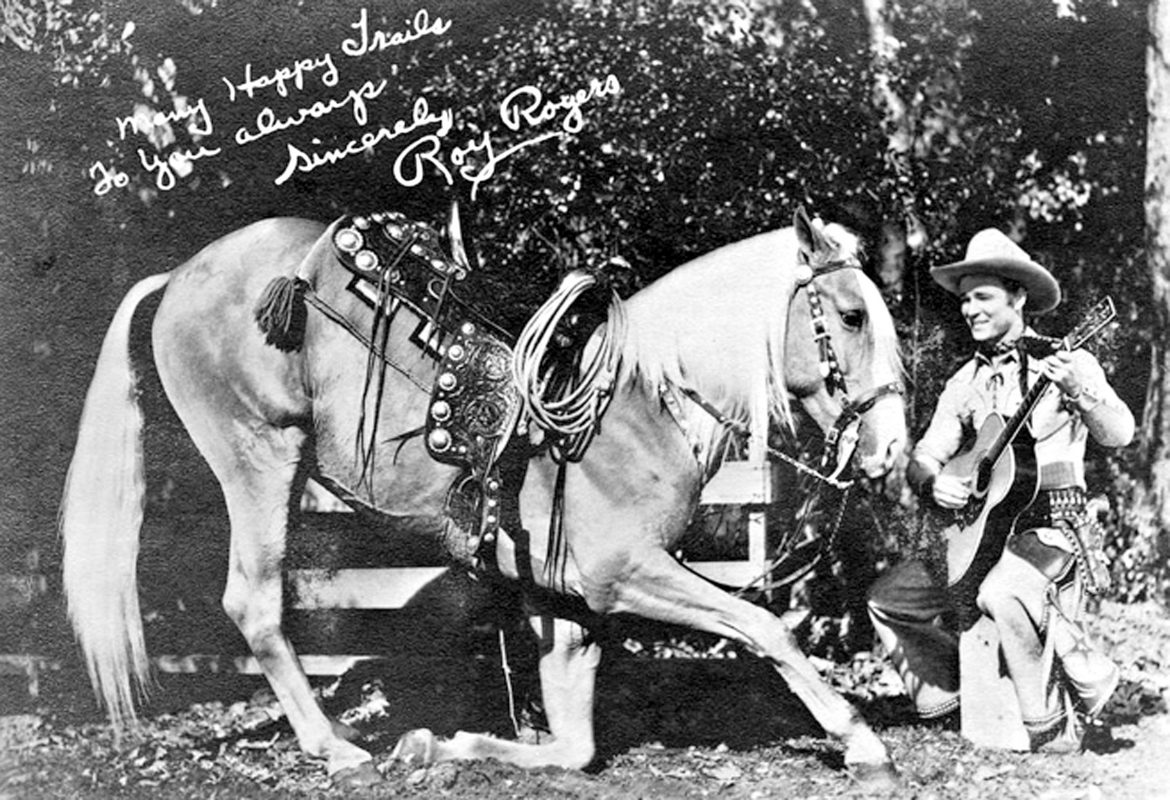 Roy Rogers and his horse, Trigger … have no warnings for you.

The same can be said for great novels, poems, art, theater, and music of any genre. You don’t leave much of a mark if you play it safe.

Unfortunately, playing it safe is what some young people today seem to want when it comes to culture.

More Sina-cism: Government can’t save you from tobacco

A recent Worcester Magazine cover story devoted to the issue of trigger warnings offered perspectives from some of those at some of the city’s colleges and universities. A few got it right.

But those of you who favor trigger warnings – whether you are a student or a professor, and regardless of your age, tenure or school – aren’t really in higher education. You are in a self-imposed cultural backwater, making Worcester less than it should and can be.

You want trauma? If it were within my power, I would sentence you to a month of holy-roller tent meetings, a two-week vacation in North Korea, or a year of confinement in a room filled with nothing but bodice-ripping romance novels. The trigger warnings for all three would be the same: Check your brain at the door, because you won’t be needing it.

Trigger warnings aren’t simply misguided. They aren’t some necessary evil that help protect a few truly unfortunate and silently suffering souls from revisiting the darkness in their past while the rest of us are supposed to nod understandingly. They are an insult to the intelligence and integrity of both those who create art and those who consume it.

I do not doubt for a minute that many Americans have suffered deep traumas, but most of today’s collegians aren’t among them.

If your biggest problem is never having enjoyed the full attention of your baby boomer parents, that’s too bad, but not the same as seeing a sibling shot to death, watching a comrade die in war, or suffering sexual abuse.

Sinacola’s most read [#2]: In Dudley, Muslims need not apply

No matter what your life history has been, though, no good comes from warning students that what they are about to read might contain difficult thematic material. The very point of the often vastly overpriced and often intellectually underwhelming experience college has become is supposed to be to challenge us.

The same is true of life as a whole. We grow most when we are uncomfortable.

If you want to learn a new language you can’t do it by repeating only the words you know. You don’t become proficient on a musical instrument if you never go beyond scales. And you don’t learn anything from art of any kind if you refuse to engage with themes that matter. Classics – from the Iliad and Antigone to the novels of Fyodor Dostoevsky and Louis-Ferdinand Celine – still matter because they are difficult and disturbing to read.

Unfortunately, we may have little to worry about, because most young people today don’t read literature at all. They are too busy catching up on their Netflix queues, sharing videos, posting inanities on social media, and ginning up outrage at every perceived violation of their “safe spaces.”

At best, trigger warnings spark pointless debates over the warnings themselves, consuming time better spent reading the book or watching the film. But they are likely to do far worse – scare off the very people who would most profit by consuming the work of art in question.

All great works of art and literature are difficult. That’s true of the movies and books mentioned above, as well as all the notable Worcester-connected writers I can think of, from historian George Bancroft to poets Elizabeth Bishop and Stanley Kunitz to yippie rabble-rouser Abbie Hoffman.

Your choice is clear: Either go find a very safe space and spend the rest of your life blogging and tweeting about how traumatized you are, or join those of us who enjoy wrestling with big problems and questions through works of art that remind us exactly how hard life can be.