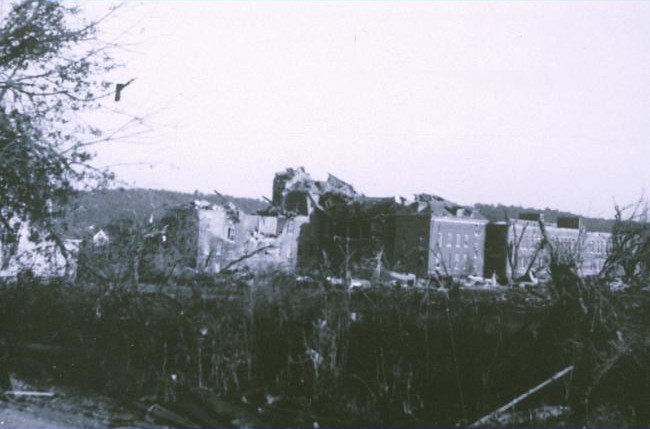 Damage at Assumption College (now Quinsigamond Community College) from the Worcester tornado of 1953.

The tornado touched down and Petersham at 4:25 p.m. It remained on the ground for 84 minutes, tossing debris for up to 50 miles; “Chunks of soggy, frozen mattress fell into Boston Harbor,” according to islandnet.com.

John DiPietro interviewed survivors for a three-part series in 2013.

The city of Worcester has a slideshow of 108 photos.

Newsreels recounted the disaster, two videos of which are below.

A YouTube video by user crownbaker has color footage from the Burncoat area before and after the tornado.