The headline of a recent Washington Post article is straightforward:

“This Republican mayor has an incredibly simple idea to help the homeless. And it seems to be working.”

Since September 2015, Berry’s “There’s a Better Way” program has paid panhandlers to help  beautify the city.

According to the Post, “Berry was driving around Albuquerque last year when he saw a man on a street corner holding a sign that read: ‘Want a Job. Anything Helps.’

“Seeing that sign gave Berry an idea. Instead of asking them, many of whom feel dispirited, to go out looking for work, the city could bring the work to them.”

There’s a Better Way – Albuquerque, NM from City of Albuquerque on Vimeo.

Berry kickstarted the program with $50,000 in city funds and found a willing partner in St. Martin’s Hospitality Center, the city’s largest provider of services to the homeless.

According to the Albuquerque Journal, “Using a reconditioned van provided by the city, a program coordinator from St. Martin’s drives the van early mornings to pick up homeless panhandlers who agree to work for the day cleaning weeds and litter from city streets and other public areas.”

Workers are paid $9 per hour for a workday that lasts about 5 ½ hours.

According to CityLab.com, “Nobody who boards the van is asked for identification; there are no forms to be filled out. People are taken at their word, and throughout the day, they’re provided lunch, snacks, and water. Staff from St. Martin’s circulate during breaks, informing people of the housing, health, and employment resources available through their organization and other local agencies serving the homeless.”

In less than a year the program claims to have given 932 jobs, cleared nearly 35 tons of litter and connected more than 100 people to permanent jobs. More importantly, as the Journal reported in March, “nearly a quarter of the workers took advantage of social services.”

The innovative program is not without its detractors. 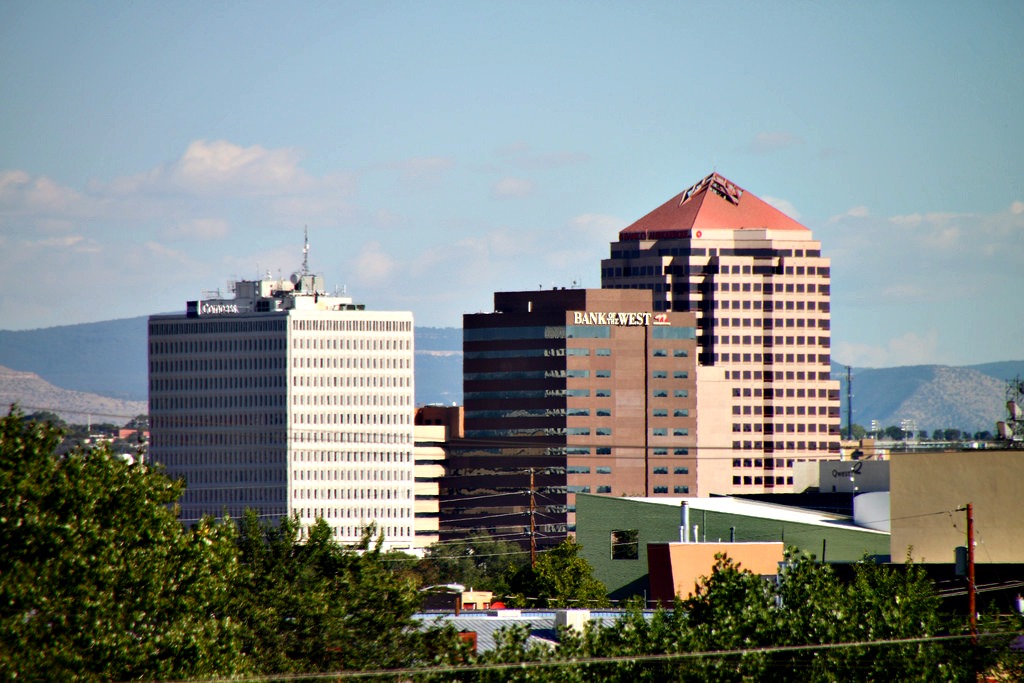 Albuquerque is the home of an innovative program putting panhandlers to work for a wage rather than a handout.

“It is a bumper-sticker simplistic answer to a complex problem, and it doesn’t address the problems faced by hungry panhandlers on the street,” Jeremy Reynalds, the CEO of New Mexico’s largest homeless shelter, told the Journal.

In addition, a man told KOB-TV 4 in Albuquerque that the work wasn’t consistent enough nor the money good enough to make a difference.

We believe the program has merit, even if both of those things are true.

The innovative program comes at time when more cities are taking a harder line against panhandling, much like Worcester did before declaring it would not appeal a U.S. District Court ruling against it in November.

Ironically, Albuquerque still restricts panhandling in areas. According to an article in Governing magazine, “A lawsuit by the American Civil Liberties Union of New Mexico in 2004 forced the city council to relax its restrictions.”

There is an elegance to the program, we believe. The city entices those in need but keeps its end of the bargain with money, food and the offer of wraparound services that can make a difference in the lives of people who accept them.

In addition, the program reinforces the notion that the public should not give to panhandlers, a message Worcester City Manager Edward M. Augustus Jr. delivered in June. If the program were fully implemented and widely known, citizens would know that active panhandlers were only those who refused assistance.

We believe the largest problem with There’s a Better Way is that it has not taken hold in more cities. The New York Times reported in December that 37 states and cities had reached out to Albuquerque to learn about the program. However, a recent search found no other cities that had yet implemented the program.

Massachusetts Gov. Charlie Baker has said on more than one occasion that government should do more of what works and less of what doesn’t.

Inertia in governments is pervasive, navigating bureaucracy difficult. We look at the results of Worcester Housing Authority’s A Better Life self-sufficiency program, now in its third year, and question why it has not been taken up by other state-subsidized housing programs.

We say the same about municipalities nationwide and There’s a Better Way, which will be funded in Albuquerque with $181,000 this coming year.

Challenging orthodoxy, and acting quickly and decisively, is a virtue in the private sector, a vice in the public sector. That cities like Worcester all over the country choose punitive measures to combat panhandling while an approach like There’s a Better Way finds few takers proves the point.

Worcester should break from convention. Creating a pilot program modeled after There’s a Better Way would be a good start.