Worcester has lots to pay for these days. City Manager Edward M. Augustus Jr. and his direct supervisors, the City Council, will do their best to marshal a $614 million budget all the way through fiscal 2017, maybe even plowing some snow and finishing some road work along the way.

By and large, for a city full of complainers, there’s relatively little for the reasonable observer to quibble with — as far as dollars and sense go. So, why is it that Augustus finds himself thrown into the middle of a sticky situation?

Let’s just say for one judge — and one cranky cartoonist — the city’s, ahem, “fiscal discipline” was a bridge too far. Here’s Hitch. 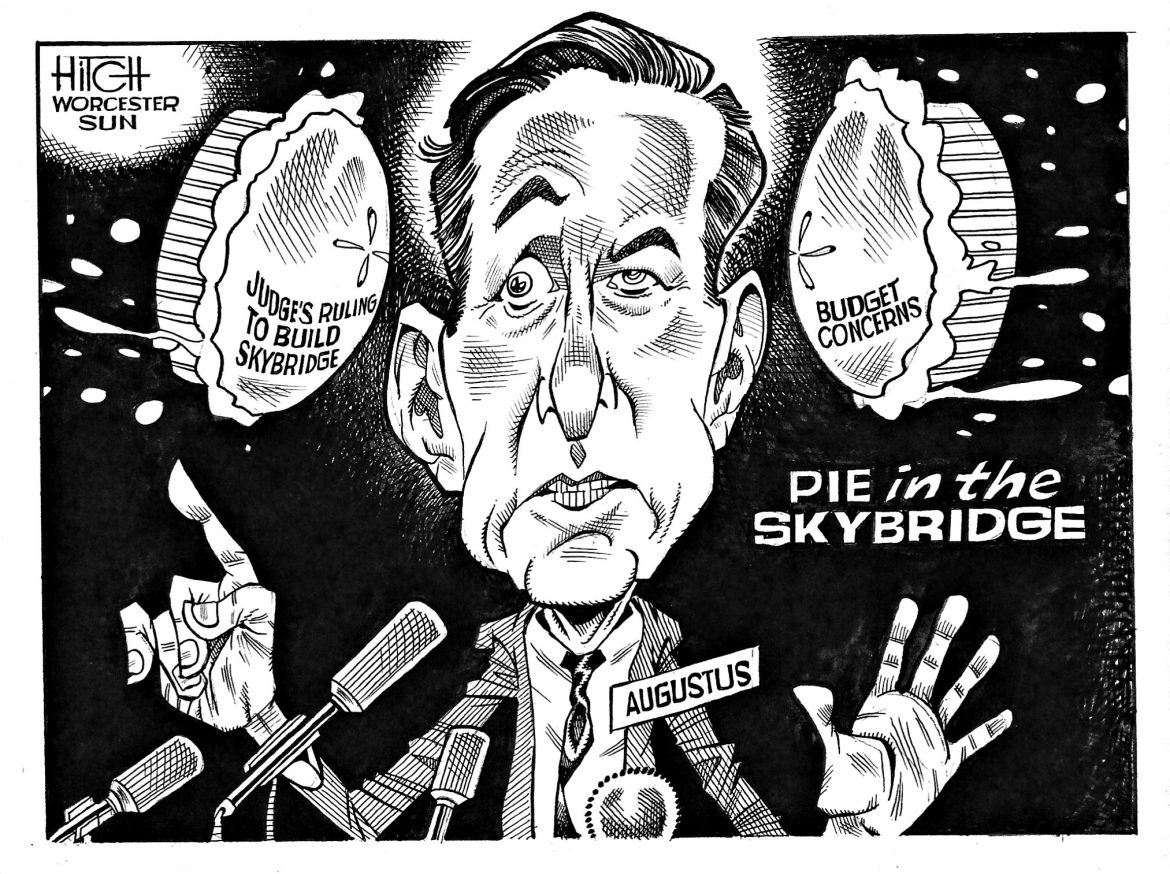