It was silent and left to the elements for five years, but the small amphitheater in Green Hill Park was special.

It’s sad for the city that workers last week began dismantling it.

A lot of people didn’t know about Forum Theatre, or didn’t care to attend the plays put on there. Some couldn’t manage the long rubbly walkway or the hard wooden benches, as much as they might have wanted to see and hear the masterpieces the venue usually featured in its latter years. 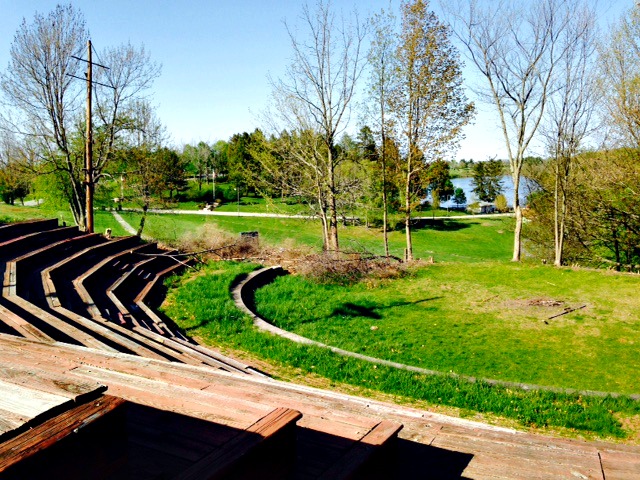 The Forum Theatre amphitheater is no more at Green Hill Park.

But for those who did go — until the Worcester Shakespeare Company bowed out of the venue after its summer 2011 season — the experience of a show there was a treat. Under the park’s wide sky, talented troupes performed vintage plays either straightforwardly or with delightfully outrageous creative liberties.

On performance nights, audience members and actors — a melange of professional performers from Worcester, Boston and New York City — had that whole hilltop to themselves. The setting was part of the show.

The Worcester Shakespeare Company, which now performs at Alternatives, Inc. in Whitinsville, started using the Forum in summers after the Redfeather Theatre Company folded in 2009.

Some years were more active than others. Theater troupes operate on a shoestring and even when the Forum was in use, it had a fleeting air about it.

But in recent years it’s only been breezes and old trees there, while the amphitheater, which dates to the 1990s, fell into deeper disrepair. 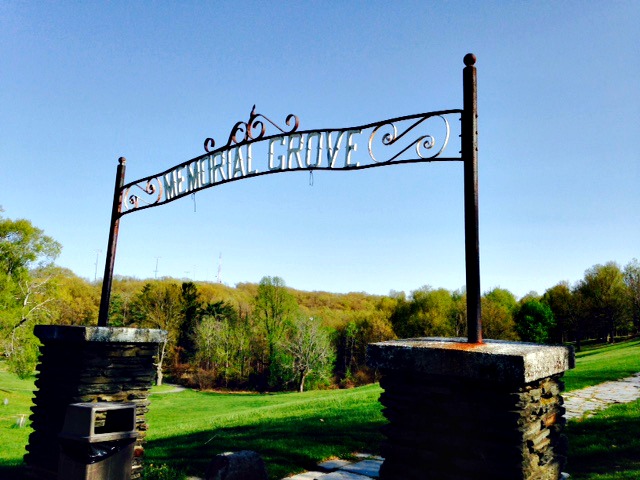 The removal of the Forum ties into the city’s plan to tend to the core mission of Memorial Grove. The spot takes up about 7 acres on the western side of Green Hill Park, and was dedicated in 1928 as a tribute to the city’s World War I veterans.

That was a project of the now-defunct American Legion Post 5. About 380 maple trees were planted, one for each fallen soldier. But some trees have died, and bronze markers that once identified who they stood for have inexplicably disappeared.

The city, with the help of the Green Hill Park Coalition, has decided to refurbish Memorial Grove to make it a more fitting World War I tribute. The grove overlooks the beautiful and well-maintained Massachusetts Vietnam Veterans’ Memorial, dedicated in 2002.

We understand the decision to take down the amphitheater. It was somewhat odd that it was sited in a tract set aside for a war memorial. The amphitheater was seriously weathered, and sat exposed and inactive. And it had not seen an audience since “Hamlet” and “The Comedy of Errors” enthralled outdoor theatergoers five years ago. 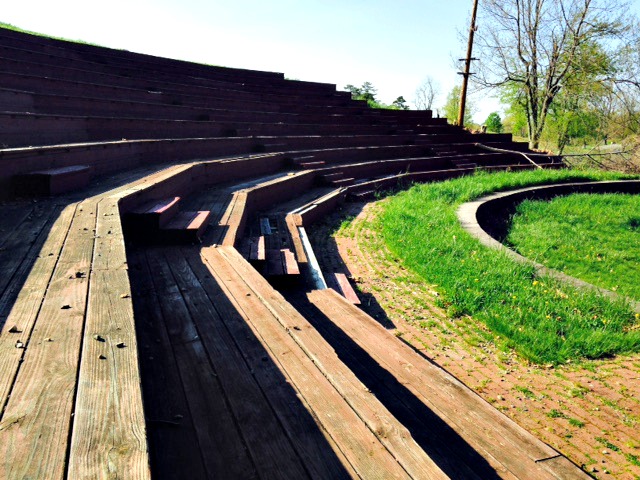 But it’s a real loss, all the same. The gentle slope of the amphitheater’s setting is ideal for both audience and actors, the view of the parkland and water is lovely, and the place — tucked in as it was out of view of the road — always served as a surprise.

Patrons certainly enjoyed the environs, with WSC productions at the amphitheater reliably attracting crowds of 1,200 to 1,400 people — numbers it has yet to attain after five years at its Whitinsville home.

Beyond all that, the demise of the amphitheater has to count as a setback for a city that in recent years has been nurturing its cultural identity. Residents and visitors alike want Worcester to be a place of unique and uplifting choices for the arts and for evening excursions. Forum Theater played only a small role on the city’s stage — but during its two decades or so of active use, it played it well, not unlike the more-prominent Foothills Theatre, whose 35-year run came to a sad end in 2009 for lack of funding. 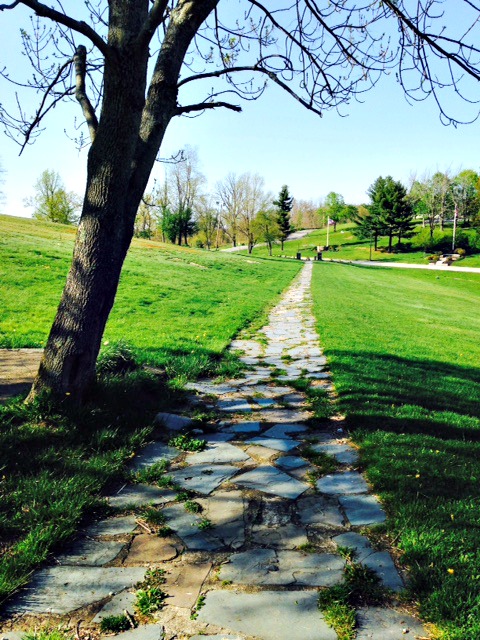 We hold out hope a new open-air theater can go up in the same spot someday, once the memorial and ornamental plantings, long stone walkway and other features of the area have been restored to their former glories. To us, as others have also said, it seemed a nice juxtaposition of purposes to offer enjoyable, thought-provoking events for the living in the same space as the city honors soldiers who helped give us our future.

The variety of plays staged in Memorial Grove over the years planted in many people a love for ideas and an appreciation for relaxed, open-air theater. There’s a need and an audience for this. Surely sooner or later in Worcester, in some form, the amphitheater’s successor will set up shop.

But for now, it’s farewell to the Forum.