Crompton Place is one of the feel-good stories in Worcester’s recent past.

In the heart of the Canal District and home to, among others, Crompton Collective, Birch Tree Bread, the Canal District Farmers Market and Seed to Stem, the former home of the Crompton Loom Works is a prime example of the reuse of an industrial building as a destination marketplace in an urban neighborhood. 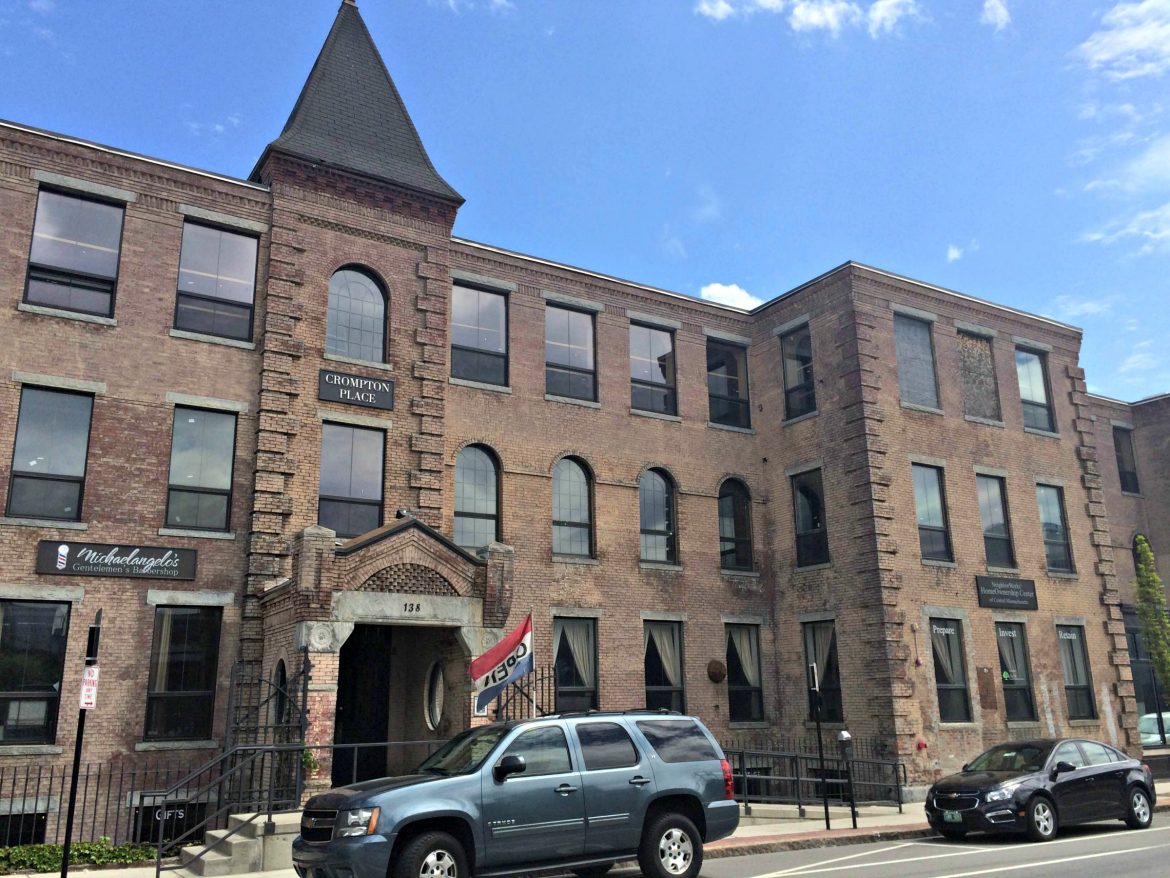 Owner Dino Lorusso purchased the building in 2007 for $1.3 million, according to an article in Worcester Business Journal. “He went to work not only fixing up the building but also fixing his sights on tenants that would help build his vision for mixed-use retail and residential,” the article reads. “Ultimately, he wanted to build up a neighborhood feel that had been a huge part of his childhood.”

It’s the kind of development that would make Jane Jacobs proud.

Jacobs was a journalist and activist who was a champion of community-based urban development. According to one biography, “Her 1961 treatise, [The Death and Life of Great American Cities], became one of the most influential American texts about the inner workings and failings of cities, inspiring generations of urban planners and activists.”

Her work was the inspiration for the mostly eponymous blog “Jane Jacobs in the Woo”. The blog is an insightful and thoughtful look at Worcester using the principles of Jacobs’ style of urban planning. It was started by Joyce Mandell in May to celebrate the 100th anniversary of Jacobs’ birth.

Crompton Collective fits so nicely into the Jacobs model of urban planning that Mandell gave it a shoutout in a May post in which she asked, “Are you a ‘Jane Jacobs in the Woo’?”

In September, Strong Towns — an organization whose mission “is to support a model of development that allows America’s cities, towns and neighborhoods to become financially strong and resilient” — began the Strongest Infrastructure Project with a contest.

“We believe that a nation full of towns that take on small, incremental projects to improve their neighborhoods is a much better model than a nation where the federal government goes trillions of dollars in debt in the hopes of growing the economy through megaprojects.

“To that end, you’re invited to nominate a project from your town (or a town you’re familiar with) that exemplifies Strong Towns principles including:

“In other words, don’t send us your new stadium or performing arts center. We’re looking for homegrown, neighborhood-based small bets.”

Crompton Place is now one of five finalists for Strongest Infrastructure Project.

Early voting for the presidential election has already begun. You have heard and will hear again about voting being your civic duty.

Voting on the Strong Towns website continues until Sunday night.