In an appearance on WCVB’s “On The Record” set to air today [Oct. 23], the Winthrop Democrat said, “I decided to do what I feel is best for students, whatever the political ramifications may be. I think, again, it’s the right thing to do.”

Question 2 would allow for up to 12 additional charter schools regardless of existing statutory caps.

WCVB released a clip of the interview Thursday, Oct. 20, and the Yes on 2 campaign quickly circulated a link to the clip with a campaign spokeswoman saying they were honored to have DeLeo as part of their “bipartisan coalition.” A source close to DeLeo confirmed he plans to vote for Question 2. 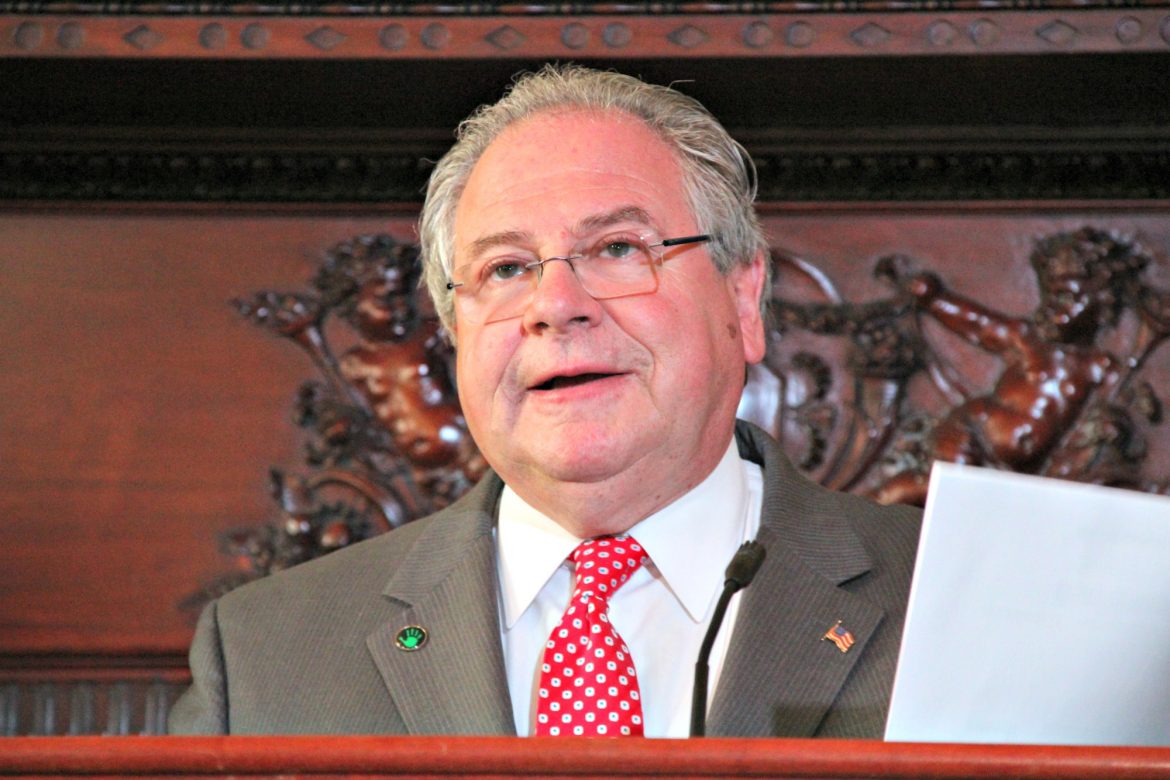 The House and Senate were unable to reach agreement on charter school legislation in the past two sessions. In the last session, the Senate turned back a House plan to provide a limited number of additional charter schools in certain districts. This session, the House declined to take up a Senate bill tying charter school expansion to a multi-year commitment to make major investments throughout K-12 public education.

Gov. Charlie Baker backs the ballot referendum. Senate President Stan Rosenberg plans to vote against Question 2, according to a spokesman.

After months of keeping his own counsel, Senate President Stan Rosenberg said last week he will support the ballot question that would legalize adult use of marijuana.

A critic of the ballot process who said legislation could be undertaken to amend the language of the referendum, Rosenberg had long withheld judgment on Question 4.

Rosenberg has previously discussed adjusting deadlines within the ballot referendum.

According to a chart provided by the Senate president’s office there is a March 1, 2017 deadline to appoint members of the Cannabis Control Commission among several other dates.

The ballot question would allow people to cultivate up to 12 marijuana plants for personal use “within the person’s primary residence.”

“You ought to be able to follow the law and be able to have a few plants growing on your property,” Rosenberg said.

Chart: Which way are voters leaning?

An AV Working Group will be formed to work with experts and lawmakers on proposed legislation and to support memorandum of understanding agreements companies will need to enter into with the Massachusetts Department of Transportation (MassDOT) and municipalities or state agencies “when plans are proposed for conducting testing of self-driving vehicles in Massachusetts,” according to the Baker administration’s announcement.

Working group members plan to deliberate over a process for seeking approval from MassDOT for testing, including submitting an application “which demonstrates the vehicle to be tested has passed a Registry of Motor Vehicles inspection, can be operated without undue risk to public safety, and at all times will have a human being inside the vehicle while it is traveling.”

“The Commonwealth is home to many world-class innovation companies and academic institutions intimately involved in autonomous vehicle technology, which makes Massachusetts uniquely qualified to responsibly host this emerging field to foster innovation and economic growth,” Gov. Baker said in a statement. “The guidance the AV Working Group provides will be instrumental in ensuring companies can further develop autonomous vehicle technology in the Commonwealth and do so while maintaining the safety of our roadways.”

Gov. Charlie Baker said last week his administration would not expose vast swaths of state government, including higher education and the court system, to budget cuts as it acts to close a $294 million budget hole before the end of the year. 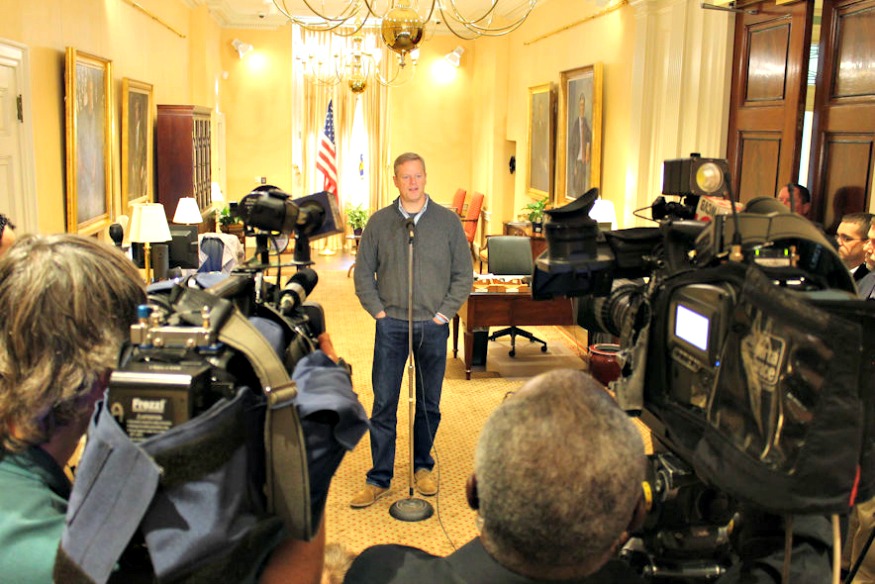 Baker’s budget chief Kristen Lepore announced last week that revenues, driven by a slowdown in sales tax growth, would be insufficient to meet current spending levels in the state’s $39.25 billion fiscal 2017 budget. As it considers where to squeeze savings or make cuts from the budget, Lepore said local government aid, funding for district public schools and core services at the Department of Children and Families would be spared.

During an interview on WGBH’s “Boston Public Radio” last Thursday, Baker went further, declaring higher education, the court system, the Department of Mental Health, pensions, debt service and the budgets of the other four constitutional officers off limits as he considers cuts.

“The important thing for people to know is that a whole bunch of areas and programs that are funded by the Commonwealth are not going to be part of this exercise,” Baker said.

The administration launched a voluntary program Oct. 17 offering one-time payouts to state employees who agree to leave their jobs as a way to reduce headcounts and generate budget savings this fiscal year. The administration will consider whether layoffs will be necessary in part based on how many employees take the offer before Nov. 14, Lepore has said.

Baker and Lepore have said savings and cuts amounting to roughly 1 percent of executive branch spending may be required to close the gap, and Baker said Thursday he doesn’t want to wait until next year to take action.

“We [are] going to make those decisions over the course of the next several weeks,” Baker said, later adding, “I don’t want to wait until January.” The governor said it becomes harder to make cuts later in the fiscal year because more money from agency budgets has already been spent or committed.

Budget stakeholders are bracing for cuts to come down and speculating about where the governor might trim costs. In July, in addition to pinpointing spending accounts that he said the Legislature underfunded, Baker vetoed $265 million in spending from the budget, but the Legislature overrode $231 million of those spending vetoes. It’s unclear whether Baker will revisit areas that he targeted with vetoes.

The outcome of a buyout program launched this week for state workers will determine whether layoffs are necessary, Lt. Gov. Karyn Polito told reporters last week. 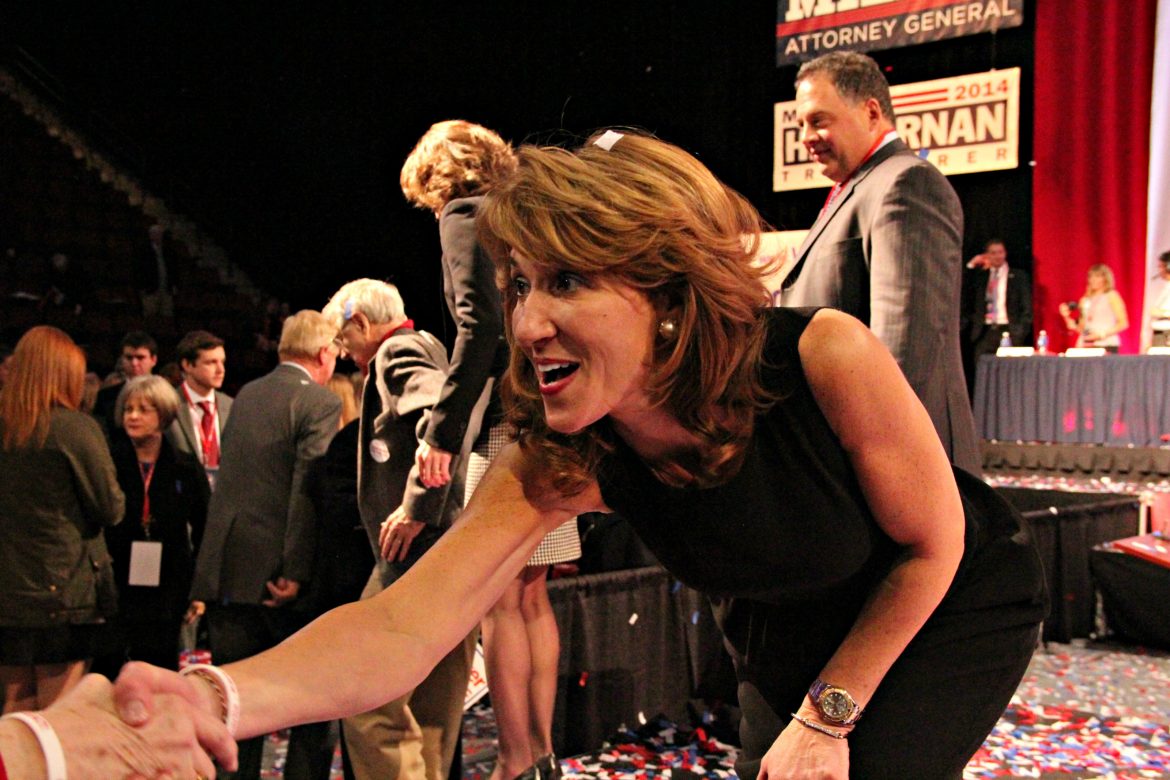 The program will run through Nov. 14, after which the administration plans to reassess whether further reductions are necessary.

“This is a process, obviously, that we announced,” Polito said when asked if she thought layoffs would be needed. “It’s a voluntary process of separation for members of the public workforce and the executive branch to consider, and we will educate them about the process, and we will see this process unfold and depending on what we achieve in this timeframe will depend on whether the layoffs will be necessary.”