The libertarian inside me says that Question 4 on this fall’s state ballot — “Legalization, Regulation, and Taxation of Marijuana” — ought to pass.

We are, after all, talking about an herb that, if not harmless, has done far less harm to human society than alcohol, cocaine and heroin. Heck, if one accounts for the costs of dental disease, obesity and diabetes, a case can be made that refined sugar is a greater scourge on our society than pot.

Marijuana, moreover, has long been known to have beneficial effects.

In her 1931 book “A Modern Herbal,” British botanical guru Sophia Emma Magdalene Grieve wrote that “The principal use of Hemp in medicine is for easing pain and inducing sleep, and for a soothing influence in nervous disorders.”

Grieve cited uses of cannabis for “neuralgia, gout, rheumatism, delirium tremens, insanity, infantile convulsions, insomnia, etc.” Childbirth, painful urination, and even gonorrhea also made the list of circumstances where a bit of cannabis can help out.

Then there are the practical considerations. Why should society spend billions in a mostly futile effort to proscribe its use — including prosecuting citizens who are doing little or no harm to anyone — when we could regulate and tax it? 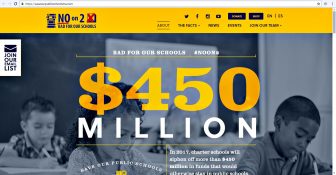 Save Our Sanity — anti-charter school lies and distortion

On Trump vs. Clinton, round 1

The Yes on 4 folks estimate passage of Question 4 would generate about $100 million annually in state and local taxes. To that must be added whatever dollars would be saved by foregoing prosecutions of adults enjoying one of the natural products of the planet. (Why not just drop the prosecutions and save it all?)

Proponents add that any Massachusetts community opposed to legalization would remain free to ban the cultivation and sale of marijuana — except for medical marijuana, laws pertaining to which would remain unchanged.

The text of Question 4 occupies 14 pages in the Commonwealth’s annual voter information guide. That’s about twice the ink spilled for the other three ballot questions combined. Those pages offer many assurances, and go into excruciating detail about how the legalization and marketing process would work.

So much detail, in fact, that I am willing to bet that even the most civic-minded among us would be hard-pressed to get through the material, never mind those who would rather just smoke the stuff and skip the finer points.

But it is because of all that verbiage, the very complexity of the question, that I find myself turning against Question 4.

It’s not that people shouldn’t be free to smoke pot. I belong to that goody two-shoes cohort sandwiched between Baby Boomers and Gen X’ers. We’re the folks who never smoked pot, but had to breathe from time to time, and kept inhaling yours. So I recognize that many toked and turned out just fine.

Rather, I am tired of those — lawmakers or lawmaker-citizens alike — who insist on drawing ever more of the world into orbit around the legal and financial superstructures of Beacon Hill.

Is it really necessary to create a Cannabis Control Commission? How much will those commissioners be paid? The question doesn’t say they’ll serve for free. Do we really need a 15-member Cannabis Advisory Board to help the CCC in its work? And if so, for how long will those 15 serve without compensation (as the question instructs), and how much will their expenses be?

The question proposes a Chapter 94G of state law, whose Section 3 assures us cities and towns would be free to “impose reasonable safeguards on the operation of marijuana establishments, provided they are not unreasonably impracticable and are not in conflict with this chapter …”

Well, who’s to say what’s “reasonably impracticable”? That provision alone invites litigation — communities against the state and one another, and citizens and pro-marijuana groups clashing in skirmishes everywhere. The dizzying details contained in this “citizens petition” bear the hallmarks of professional consultants, and are enough to keep armies of lawyers busy for years.

In short, I smell a rat.

I don’t have any “solution” to the marijuana “question,” any more than I have one for the “issues” of vaping, turnips or the popularity of NASCAR. I simply see no reason to grow government for the sake of $100 million — which is a rounding error of about three-tenths of 1 percent of our state budget.

“Widely used in Eastern countries as an intoxicant,” Maud Grieve wrote of cannabis back in 1931. “Hence its names ‘leaf of delusion,’ ‘increaser of pleasure,’ ‘cementer of friendship’…”

We would do well to leave matters there, lest delusions be exposed, pleasures diminished, and friendships ended by approving questionable legislation.