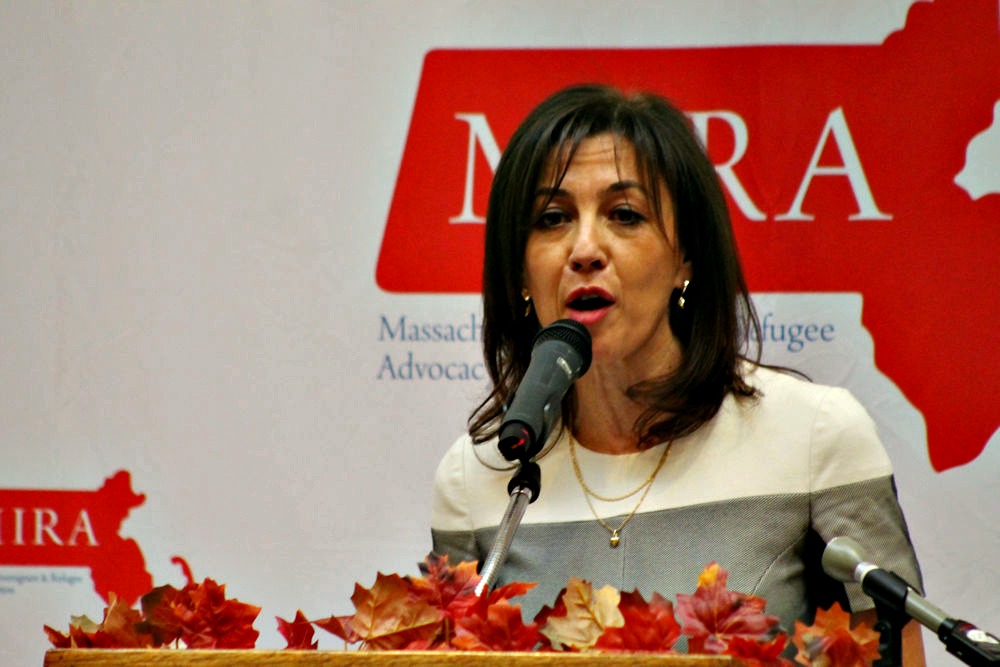 Eva Millona, executive director of the Massachusetts Immigrant & Refugee Advocacy Coalition (MIRA), told reporters she hoped Trump would not follow through on immigration stances he took during his successful presidential campaign.

“We hope that that was just marketing,” said the longtime Worcester resident and Clark University graduate who has worked in refugee and immigrant resettlement since spearheading a Worcester-area project in the 1990s. “The future remains uncertain.”

Trump’s campaign trail statements about immigrants and minorities, in addition to his calls for the construction of a wall on the Mexican border, alienated many US residents and voters.

Trump this week affirmed his plans to move out of the country undocumented immigrants who are “criminals,” including drug dealers and gang members, and made clear that he plans to assemble major immigration reform legislation. He estimated 2 million to 3 million people would be deported.

Attorney General Maura T. Healey, who has set up a hotline for people to report bias-based harassment, told attendees at a Thanksgiving luncheon Tuesday about a woman wearing a hijab who was recently harassed outside a state office building. Healey said someone on Cambridge Street near Beacon Hill told the woman to “Go home.” Healey told reporters she does not yet know how many reports have been received by the hotline she announced on Monday.

MIRA hosted the Our Shared Table Thanksgiving luncheon in the Great Hall of the State House.