This article was originally published in the Sept. 4, 2016 edition of the Sun.

For most of its history, Worcester has been a city of immigrants. It began its life as a small agricultural community, and at the time of the first census in 1790 had about 2,000 residents. By the mid 1800s, however, immigration to the city exploded.

In the five-year period between 1845 and 1850, historians estimate that the city’s Irish population grew by 433 percent. Immigration more than doubled the size of Worcester between the 1840 and 1850 censuses. The influx of new arrivals ushered in a period of rapid growth that continued up through the 1950s.

Tensions between old and new residents often manifested themselves in unanticipated ways. In Worcester’s growing immigrant population the local temperance movement found its raison d’être. Alcohol was strictly controlled in puritanical Massachusetts. New arrivals brought with them different cultural ways around drinking. This combined with local ideals of freedom and liberty to form powerful and sometimes violent action against the state’s stringent laws.

An April 5, 1848 advertisement in the National Aegis for an abolition meeting. Worcester as a hotbed of social causes in the 1800s.

Temperance in Worcester was born from equal parts social reform and desire for law and order in a changing city. The town government had proved itself ill-equipped to police its growing population and provide much-needed services. The temperance movement backed the calls by Worcester’s political elite — led by the Lincoln, Salisbury and Estabrook families — to change the form of government.

All aboard! The heyday of Worcester trolley service 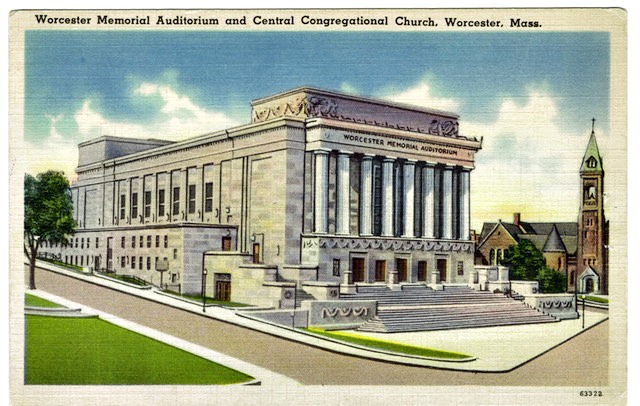 A trip down memorial lane, starring the Aud

The formal charter process began at a town meeting in November 1847. Despite opposition from some of the town’s farmers, a committee of 10 citizens was selected to draft a city charter to submit to the General Court for incorporation. The procedure was similar to the home rule petition process that governs Massachusetts cities and towns today. 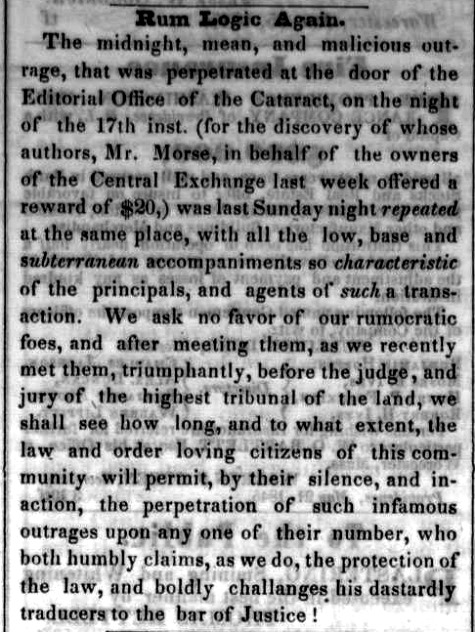 The offices of the city’s temperance newspaper, The Massachusetts Cataract and Worcester County Waterfall, were vandalized for a second time in early 1846. (May 5, 1846. )

The new charter proposed to set up a bicameral legislative body, a lower common council elected at the ward level and an upper board of aldermen.  Executive power was primarily vested in the mayor with some functions shared with the aldermen. All told, the charter and subsequent ordinances created 112 elected positions to run the day-to-day operations of the city, a large increase from the former small board of selectmen.

Good governance was on the agenda for the 1848 session of the Massachusetts Legislature. Gov. George Nixon Briggs told lawmakers in his annual address that “a free government is the greatest good that any people can possess.” After reviewing the charter, the Legislature made changes to limit the power of the mayor over licensing boards, and moved the election of aldermen from the ward level to at-large positions. The governor signed the incorporation legislation on Feb. 29, 1848.

After the Legislature gave its assent, a town meeting was called for March 18, 1848, where the new city government was approved by a vote of 1,026-487. The new city of Worcester encompassed the town’s school districts, the aqueduct company that supplied the city’s water, and the debts and responsibilities of the old town government.

In less than one year, Worcester was reborn as a city. 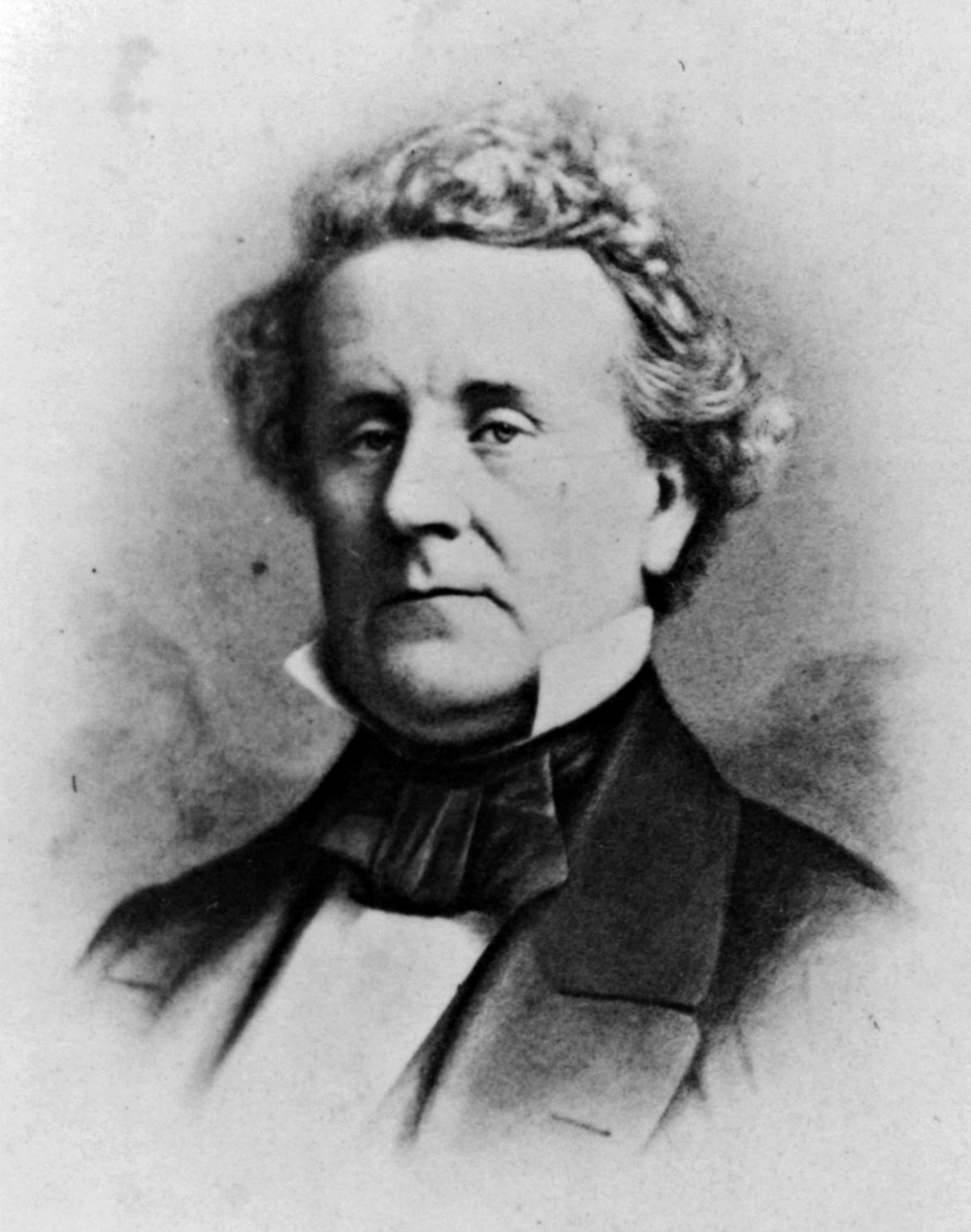 The committee that drafted the charter hoped to elect one of their own to serve as the city’s first mayor. The 65-year-old Levi Lincoln Jr. was the scion of a prominent Worcester family, a former governor and congressman. In their minds, there was none better to organize and lead the new city.

Their allies in the temperance movement saw things differently. Not satisfied with Lincoln and emboldened by their success in charter change, the temperance movement fielded Rev. Rodney Miller for mayor. The political elite were disappointed with their former allies using the mayoral election to field a single-issue candidate. Rev. Miller was an out-of-work preacher, living in a rooming house downtown. The National Aegis wrote in its March 29, 1848, issue:

We intend no comments upon the line of policy, which this portion of our fellow-citizens have marked … But we may be permitted to utter the very general expression of regret, that a subject should be dragged into the organization of our new form of government … [that] Neither the Mayor and Aldermen, nor the City Council, can exercise the slightest control in the premises. And even if they could, it is apparent, upon the least reflection, that the task of starting the wheels of administration in proper manner must wholly outweigh any ulterior considerations. The success of the experiment will essentially depend upon the correct and judicious commencement. Or these truths a large majority of our population is keenly persuaded; and it is improbable they will jeopardize the chance of realizing the benefits they have anticipated, for an abstract love of extravagant and unreasonable action … of inferior importance to the senseless prosecution of an issue, which is without practical consequence …

In a much smaller turnout than the meeting that approved the new charter, Lincoln was elected with 836 votes to Miller’s 653.

The 1848 charter lasted, with some changes made in the 1890s, up until the current Plan E government with a city manager in 1949. Change is difficult, as demonstrated by efforts to dramatically change the charter in the 1980s and 1990s falling short. It took a fickle — and very temporary — alliance with the temperance movement to make the change in 1848.

List of candidates in the city’s first election published April 5, 1848 in the National Aegis.