BOSTON — Those experiencing bias-motivated harassment in Massachusetts have a new hotline they can call, established this week by Attorney General Maura T. Healey who said the outreach effort stemmed from last week’s divisive presidential election.

“It’s undeniable that across this country after what has been a pretty divisive election, there was a lot of emotion in the wake of the results of that election,” Healey told reporters at a news conference Monday, Nov. 14. “It might have happened no matter which way the election may have gone. But we’ve seen that. That’s real. We see what’s happening out on the streets.” 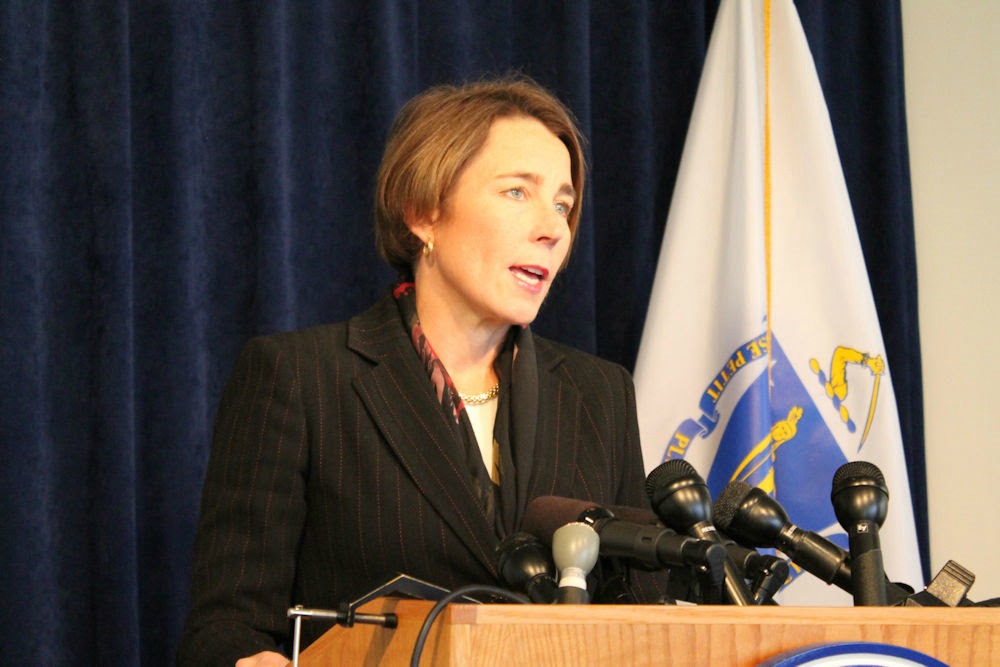 Attorney General Maura Healey launched a hotline for Massachusetts residents to call in response to incidents of harassment following the general election.

Stormfront and other white-supremacist groups endorsed Donald Trump before his election.

Since he defeated Democrat Hillary Clinton, the president-elect has said he aims to bring the country together.

Those opposed to the election results have marched in Worcester, Boston and other cities, denouncing Trump. Anecdotal reports circulated through social media and reported by news organizations have described minorities targeted by Trump supporters after the results.

Healey, who supported Clinton in the election, declined to discuss any investigations that her office may be involved in or quantify the number of reports of racial or other forms of discrimination.

“I want to know real-time what it is we’re seeing. I think it’s important to stay ahead of what is happening out there on the ground across the state,” Healey said.

The hotline number is 1-800-994-3228. People can also fill out an online form or contact the attorney general’s office through social media. Potential hate crimes — which include bias-motivated violence or property damage — should also be reported to local police, according to Healey’s office, which said those in fear for their safety should call 911.

Healey said the hotline is the first of its kind during her administration, which began less than two years ago. The attorney general’s office has a civil rights hotline but has not had a hate crimes hotline in at least five years, according to an official in the office.

In a press release, Healey, who is openly gay, said since Election Day there have been reports of harassment and intimidation against racial, ethnic and religious minorities, women, lesbian, gay, bisexual, transgender and queer individuals, and immigrants.

After receiving information from the public, the attorney general’s office will determine whether to prosecute the incident as a crime, as a violation of civil law or take no legal action, said Healey, who said the office would also determine whether the matters should be pursued instead by local district attorneys.

The attorney general’s office is not the only facet of Bay State government to note law-breaking following the election.

MBTA Chief Operating Officer Jeff Gonneville said the T is actively monitoring complaints of offensive graffiti that have come in since Trump was elected president last week, though he said he could not say whether there has been an uptick in such graffiti since the election.

“This is actually an issue that the MBTA does take very seriously,” Gonneville said. “Any time there is any form of offensive graffiti that’s found either in our stations, bathrooms, facilities, or any of our vehicles, we actually do everything we can to 1) remove those vehicles from service but also to begin to keep our customers away from the offensive graffiti.”

“If anyone sees these things on our system, please let us know immediately by using our complaint line, 617-222-3200,” Gonneville said. “This is something we take very seriously and Transit Police actually investigates every one of these items when they’re found in our system.”

Incoming First Lady Melania Trump has said she will take on online bullying, while examples abound of Trump backers using the internet to attack others with anti-Semitic and racist posts.

“I am so saddened to hear that, And I say, ‘Stop it,'” Trump told CBS’s 60 Minutes regarding minorities facing harassment from his supporters. “If it helps, I will say this, and I’ll say it right to the cameras: ‘Stop it.'”

Trump’s elevation of Steve Bannon, the former executive chairman of Breitbart News [Editor’s note: You should really check out those Bannon links.] who was the campaign’s chief executive officer, to a top position within the White House furthered claims from Democrats that the president-elect is fueling racial division.

“If the saying is true and you are the company you keep, Donald Trump has chosen to champion the positions of neo-Nazis, white nationalists and anti-Semites by appointing Steve Bannon as chief strategist and senior counselor,” U.S. Sen. Ed Markey said in a statement.

Healey declined to venture much into the reasons behind recent reports of bias-motivated harassment.

“I think it naturally follows what has been a presidential election campaign cycle that involved at times some pretty outrageous conduct and statements, and there has been a divisiveness throughout this election, and I think that you see actions and conduct in the wake of that,” she said.