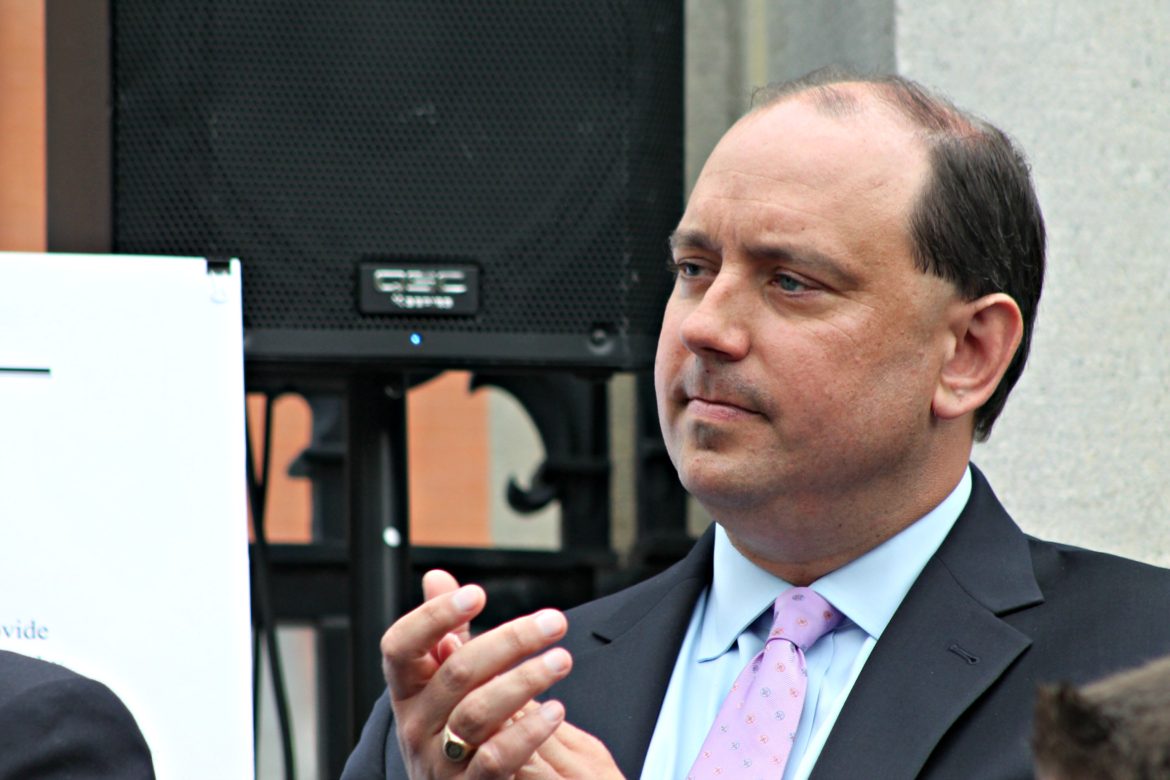 Cambridge Police arrested a state senator at a protest outside a McDonald’s restaurant early Tuesday morning, Nov. 29, according to the senator’s office, which said he was the only elected official among the 36 people arrested at the protest over wages.

An outspoken liberal who was protesting for higher wages and workers’ rights, Sen. Jamie Eldridge is an Acton Democrat and co-chairman of the Committee on Financial Services. Eldridge was arrested for civil disobedience, according to his office.

“I’m very proud of the brave workers for having the courage to stand up to billionaire corporations and to fight for what they deserve,” Eldridge said in a statement. “Big corporations have been exploiting lower-wage workers for decades, forcing people to work long hours and tough schedules without receiving fair holiday or sick pay, and without receiving a living wage.”

The Massachusetts minimum wage on Jan. 1 rises to $11 an hour, the last of three statutory annual $1 increments.

Rep. Michelle DuBois, a Brockton Democrat who was at the protest and watched the arrests happen, said those who wanted to participate in a “planned arrest” sat down in the street as Cambridge police diverted traffic down the road.

“I just stayed to give moral support to the effort and to Sen. Eldridge,” said DuBois. She said the protest is part of a national movement.

In a statement, Massachusetts organizers said, “In addition to the strikes, workers today are waging their most disruptive protests yet to show they will not back down in the face of newly elected politicians and newly empowered corporate special interests who threaten an extremist agenda to move the country to the right.”

Additional protests and an announcement were planned near Logan International Airport and at the State House, the latter at the same time Gov. Charlie Baker and others were to participate in the dedication of the Massachusetts Gold Star Families Tree.

Led by the Raise Up Massachusetts coalition, a group that successfully lobbied to raise the minimum wage and helped pass a ballot measure ensuring earned sick-time, and the Fight For $15 movement, pushing for higher wages at chain stores, airports and restaurants, the group said “workers and their allies will lay out the next step in the campaign for livable wages in Massachusetts.”

Estimating about 250 to 300 protestors participated, Cambridge Deputy Superintendent Jack Albert said police knew ahead of time that once officers gave the order to clear the street 36 protesters would remain to be arrested, which is what happened.

“It was pretty scripted,” Albert told State House News Service. He said police closed down the main thoroughfare through the city’s Central Square early Tuesday morning and had it back open by 7:30 a.m.

Albert said police sent the arrested protesters in groups of 12 to Cambridge District Court in Medford.