Biopharma, technology and advanced manufacturing have all been touted as growing sectors of the Massachusetts economy. Indeed, the commonwealth has positioned itself at the forefront of the innovation economy.

We believe one sector in particular, though, holds as much promise as, if not more than, any other.

A recent report by the Massachusetts Clean Energy Center contained a bevy of good news about the state’s growing clean energy industry.

The 2016 Massachusetts Clean Energy Industry Report should make clear what those in the industry have known for some time, “An Inconvenient Truth” is also a remarkable business opportunity.

The big takeaway from the report is that the clean energy industry employs now, for the first time, more than 100,000 people in the state. This is a 6 percent increase over 2015 and more than 75 percent higher than 2010. 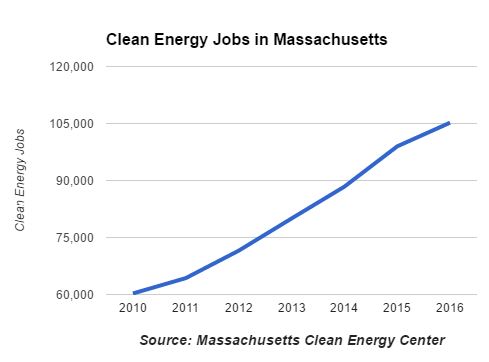 There were other notable achievements in the report, such as:

While the report presents a clear picture of the opportunity that exists, it also contains data that shows where there is room for growth and improvement. Central Massachusetts, in particular, lags behind other areas of the state. 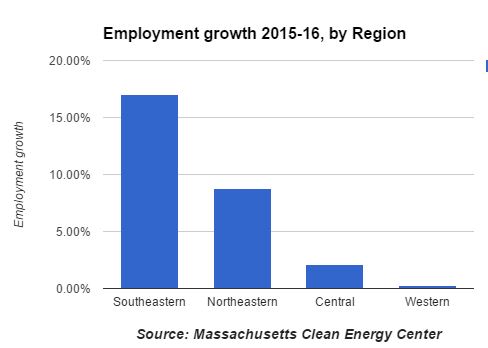 Overall, of the four regions of the state Central Massachusetts ranks next to last in total jobs, with 17,900, and clean energy businesses, 1,051. Northeastern Massachusetts leads both with 50,712 jobs and 3,012 businesses.

In addition, nearly three-quarters of clean energy employers report difficulty in hiring, 47 percent of them claiming finding qualified candidates is somewhat difficult and 26 percent saying it is very difficult. The most common reason given for hiring difficulty is “Insufficient Qualified Candidates.” 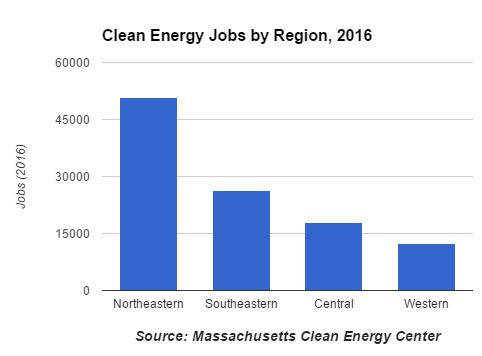 We endorse the clean energy industry and applaud its gains. Additionally, closer to home, we support the work being done to grow the industry in Central Massachusetts.

Members of the Worcester CleanTech Incubator have raised more than $2 million in investment capital and have more than $250,000 in sales.

“WCTI has made great strides in the past year with the generous help of MassCEC and National Grid in establishing a network of both physical and network resources to support startups in Central Mass.,” WCTI Executive Director Joe Bush said. “Our community of member companies have been meeting significant milestones and is growing. This upcoming year is poised to be an exciting one for Central Mass. and the cleantech industry.”

Meanwhile, Timothy P. Murray, president and CEO of Worcester Regional Chamber of Commerce, is serving as the co-chairman of the Alliance for Vocational/Technical Education, which aims to expand access to career, vocational/technical education programs throughout the state, preparing workers for the next generation of jobs. Murray recently wrote an commentary piece on the subject for CommonWealth Magazine.

Economies do not transform overnight. It takes the sustained collaborative effort of entities public and private.

However, as the report shows, the state’s economy is transforming. And if you’re interested in green, being it or making it, it’s heartening to know that Massachusetts remains the place to be.