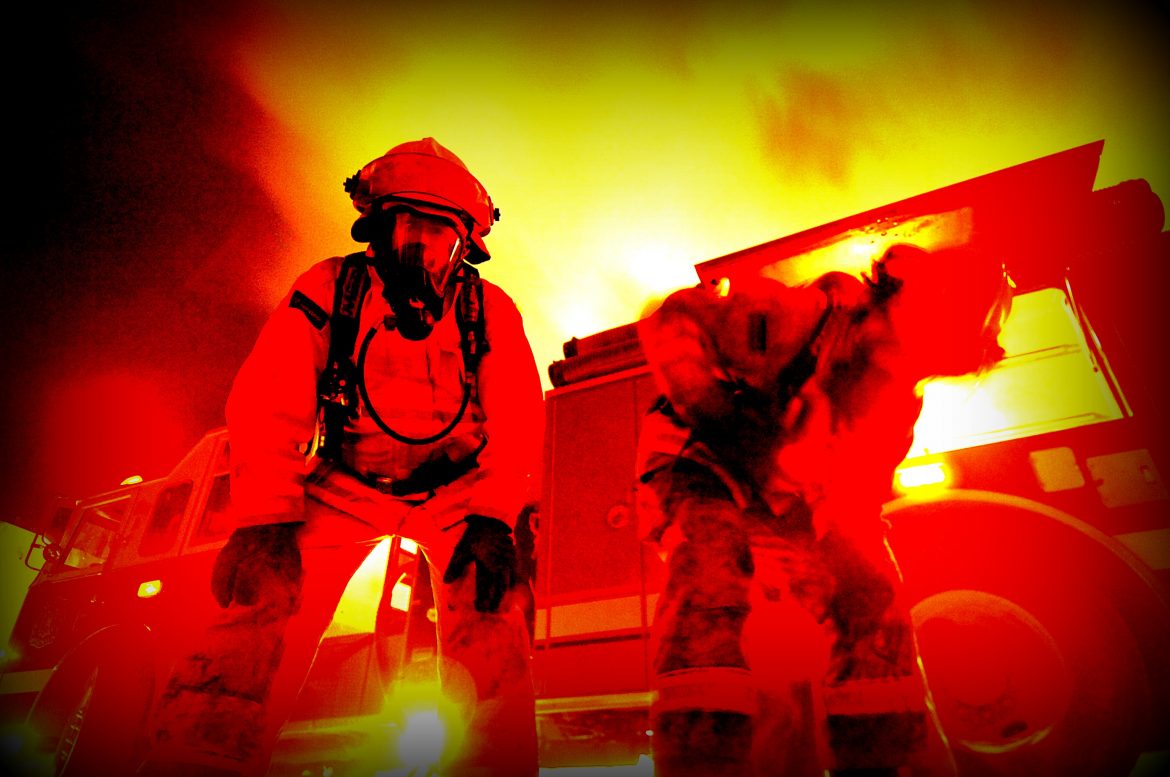 This article was originally published in the Nov. 20, 2016 edition of the Sun.

WORCESTER, Dec. 3, 2049 — On this Friday night in December, as firefighters from a dozen different cities rush into danger, they have guardian angels in Worcester working tirelessly to keep them safe.

Worcester is home to the nation’s first Firefighter Research and Monitoring Extraction System, or FRAMES. Begun in 2044, FRAMES is used by more than 300 fire departments around the country and will soon expand its Skyline Drive headquarters.

FRAMES is the brainchild of Drs. Stephen Cho and Ling Wang, who first met while studying Fire Protection Engineering at WPI in the 2030s.

“For our Master’s project, we interned with the Worcester Fire Department and tested heat-resistant, fast-deploying drones to triangulate the exact location of firefighters within a building. The next step, for our doctorates, was to send that information back to a neutral location to collect, analyse and inform,” Wang added.

Want more What if … Worcester?

“Basically, we wanted to know every single thing about the fire and the firefighters,” Cho said. “And thanks to a FEMA grant, the FRAMES Headquarters came to be.”

The headquarters is staffed around the clock by three teams composed of one medical professional, one engineer and three technicians. About half come from a military, fire or EMS background. Each team can cover a maximum of five incidents simultaneously, and the headquarters can oversee a total of 15 responses nationwide. 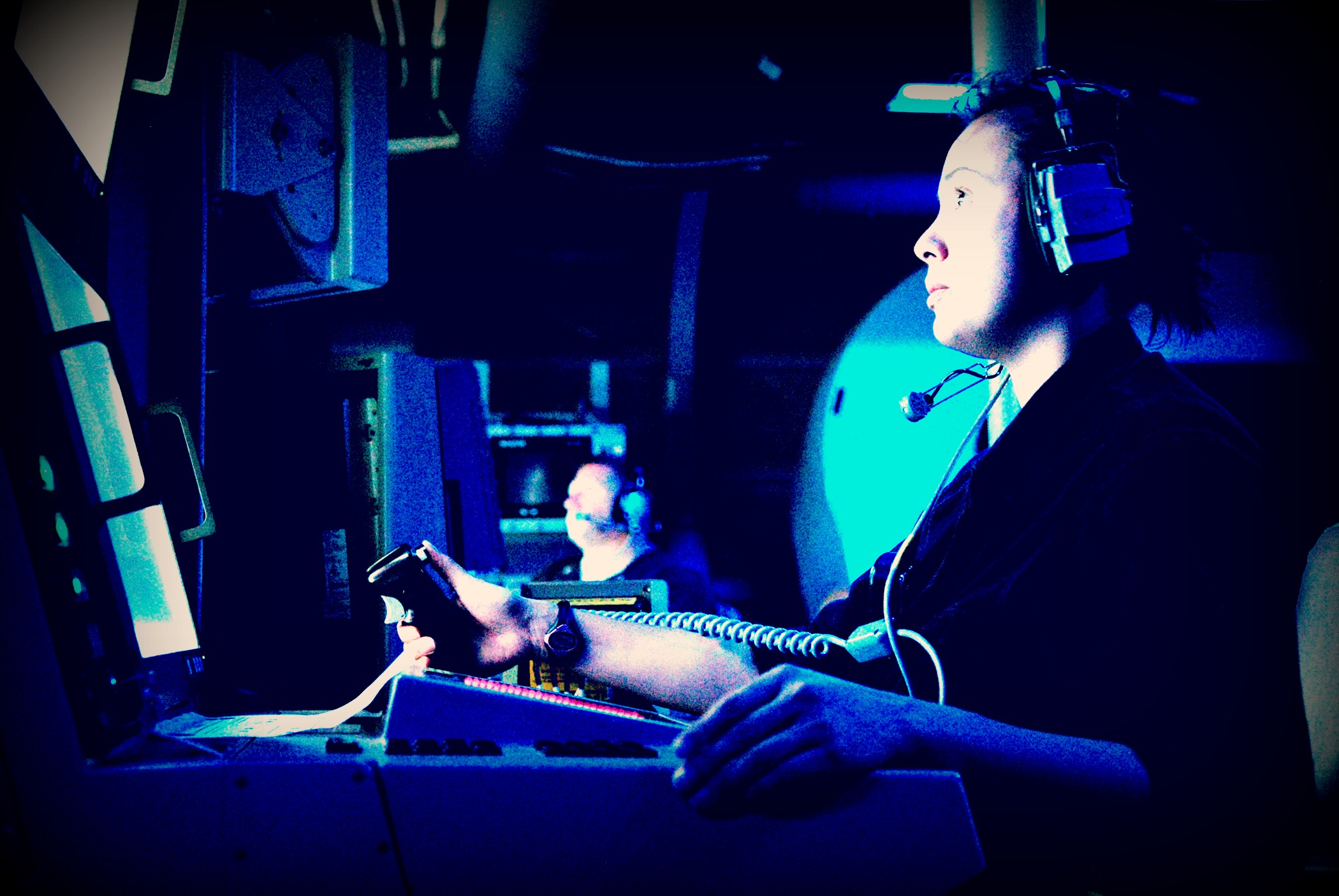 All three teams sit around their respective consoles neatly arranged with keyboards — little-used, but still necessary for some work — tablets, radios, and 12 new floating holo-displays. At this moment, Red Team is responsible for 24 fighters in Charlottesville, Virginia; 29 fighters in Sacramento, California; and 14 in Duluth, Minnesota.

Structural engineer Akash Bora sits at his console, intensely watching two blue dots crawl like ants on his on-screen blueprints of a four-level condo building in Sacramento. At the right moment, he gestures with his fingers and his radio pops to life. “Parkman, Gutierrez,” he says, keeping his voice calm. “Don’t open that door 15 feet ahead of you. It leads to an open stairway and you’re going to be walking into a wall of flame.”

Colleen Rothgard, the physician assistant working tonight on Red Team, is studying 67 sets of scrolling vital signs. “Did you see that jump on this firefighter, what’s his name, Garcia? His blood pressure just shot up to 180 over 100. That’s not good. Can we …”

Without missing a beat, the technician at the console switches to the helmet cam of another firefighter, Ericson, who’s closest to Garcia. The holo-display’s footage is fuzzy with the smoke, but we can see a figure leaning heavily against a doorjamb.

“I don’t like the looks of that,” says Rothgard. She calls over Mary Rochefort, an ER nurse from UMass Memorial’s just-opened Mello Campus (named for the 2006 Nobel-Prize-winning professor), who’s working on Yellow Team, for a second opinion. “He’s extremely tachycardic — his pulse isn’t slowing down at all.

“None of the other fighters are having an adrenal reaction, so it’s not like as a group they just walked into something dramatic,” says Rochefort. “Paul, radio the chief in Duluth and prepare to pull Garcia out.” 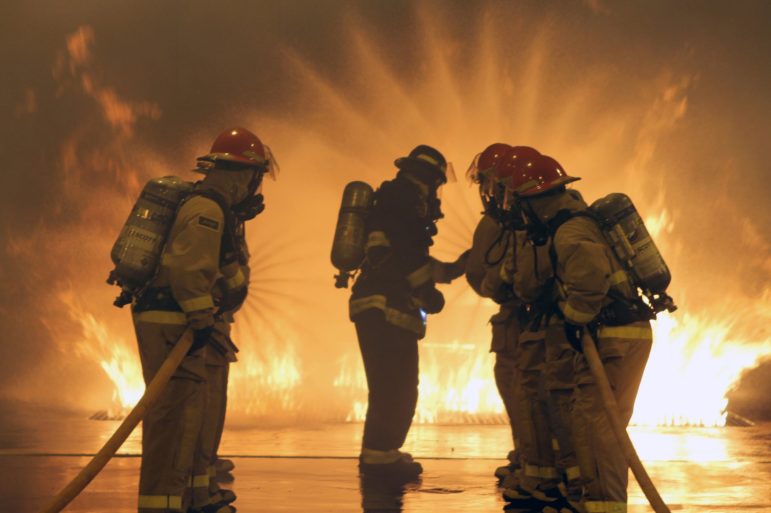 “No firefighter wants to hear an order to pull out because of health reasons,” says Paul McGinnis, a retired Worcester firefighter and currently a communications technician on the FRAMES team. “But the bad news is a little easier to swallow if it comes from us rather than from their officer. Maybe someday all firefighting will be done by drones or robots, but until then, we’re still dealing with human personalities, feelings and emotions.

“And on the other end, the guys know we’re just trying to keep ’em safe.”

“We understand that lieutenants and chiefs can get caught up in the, no pun intended, heat of the moment,” said Dr. Cho. “FRAMES takes the burden off local leadership and allows us, as decision-makers, to look at numbers and stay impartial.”

In the future, Dr. Wang says, he’d like to have instant access to fighters’ social media and online shopping habits.

“For example, if we see a firefighter is buying diapers from Amazon, it’s logical to deduce he probably has an infant at home and probably isn’t getting a full night’s sleep,” he said.

After three hours, the fire in Duluth is quenched and the chief begins to withdraw his crew. Screens go black and vital signs flatline as firefighters turn off their helmet cams and tear off their biosensors. We get word that Firefighter Garcia was given oxygen and brought to St. Luke’s Hospital for a moderate case of smoke inhalation.

Back in Worcester, the team of engineers, medics and techs has no time to relax. The inferno in Sacramento is still raging, there are a dozen men inside a fiery wooden warehouse in Charlottesville, and now there’s a three-alarm fire coming in from an old church in Portland, Maine. Red Team switches frequencies, swipes screens, and delves once more into the flaming fray, keeping firefighters safe this night in America.