This article was originally published in the Oct. 9, 2016 edition of the Sun.

There’s little doubt that beer is back in Worcester. Between Wormtown Brewery, 3cross Brewing Co., and Flying Dreams Brewing Co., beer lovers have plenty of city offerings to choose from. While locally brewed beer may seem like a modern phenomenon, it is in fact a return to the idea that beer is a local product. 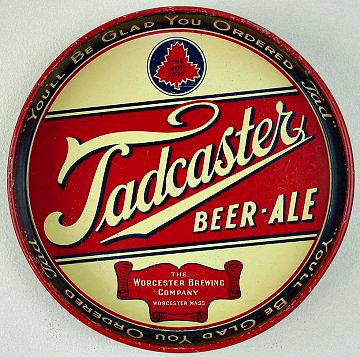 Except for Prohibition and a period from the 1960s through the early 2000s, Worcester was home to a number of businesses dedicated to beer.

Like traditional New England hard cider, beer in early Worcester was brewed in the home or served in a tavern. Stylistically, they skewed toward high-alcohol ales. Sometimes even served warm as a flip; a beverage made with beer plus molasses, sugar or dried pumpkin that was popular in Colonial times.

As transportation and technology improved, beer became more refined and commercial variants readily available. Signature ales, India Pale ales [IPAs], porters and lagers were imported by Geo. F. Hewett in the 1870s. Companies, such as M.A. Worcester, sold commercially available hops, yeast and malt from its warehouse near Mechanic and Summer streets. It was not, however, until the Bowler brothers arrived in 1883 that the city’s first big brewery was born. 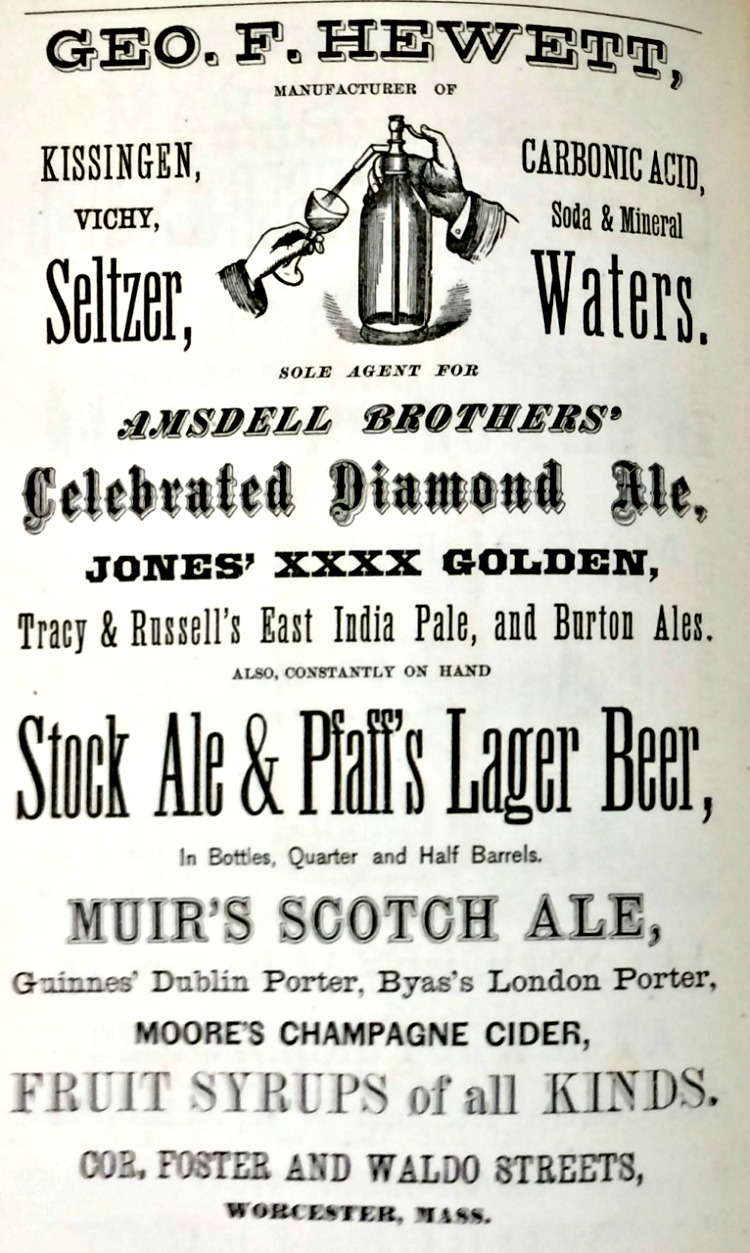 1872 entry in the city directory for Geo. F. Hewett, advertising, among other drinks, Guinness’ Dublin Porter.

John and Alexander Bowler emigrated from Ipswich, England, with their father in 1859. Born into a family of brewers, they entered the family business and launched their namesake brewery in 1883. They offered lager and porter under the Bowler name, but their signature beer was Tadcaster English style ale.

More history from David DuBois: All aboard! The heydey of Worcester trolley service 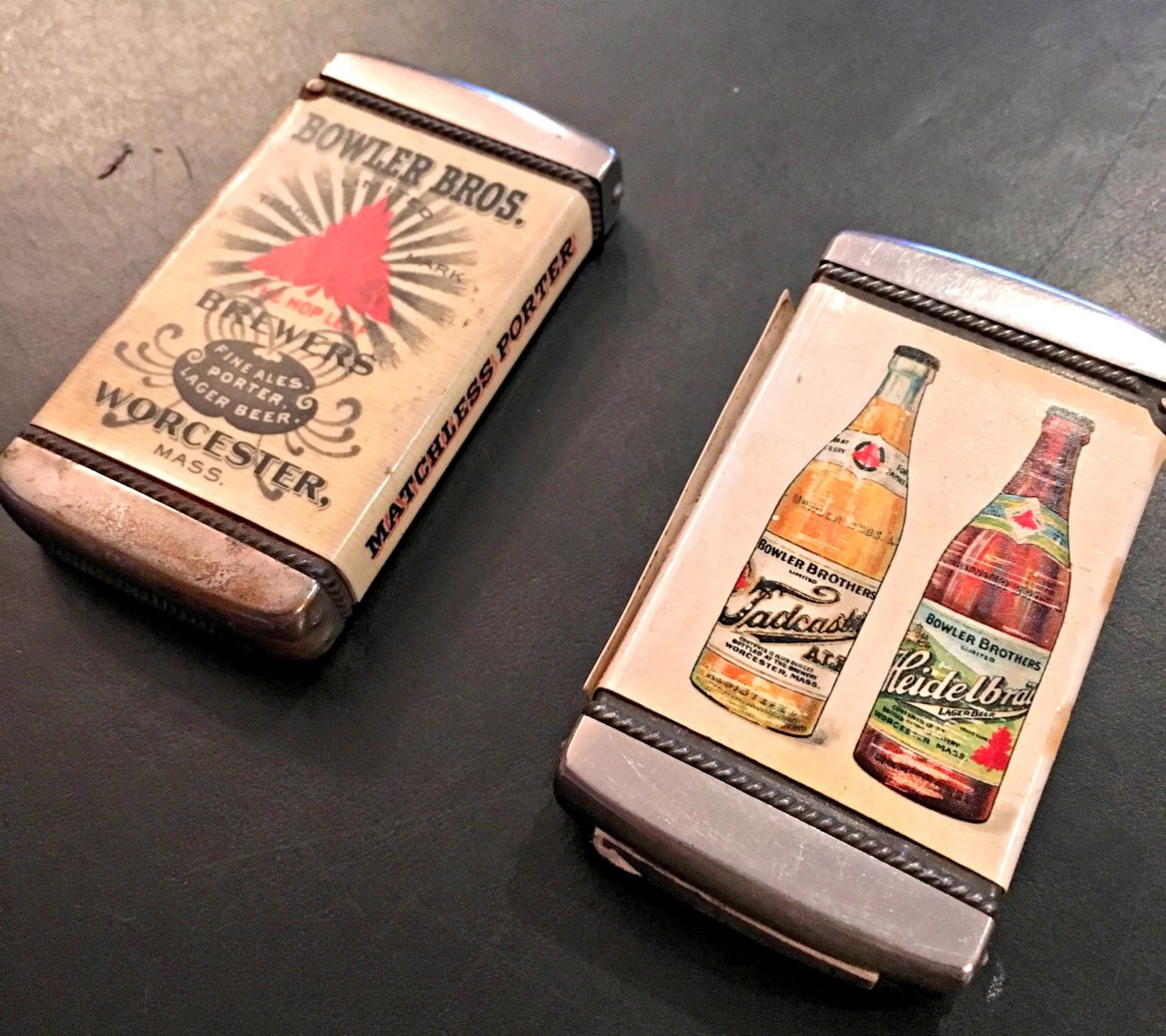 Today, that output would place it roughly somewhere in size between Westminster-based Wachusett Brewing Co. (about 75,000 barrels) and Boston’s Harpoon Brewery (about 200,000). The brewery closed with Prohibition and the passage of the Volstead Act in 1919. The act was overturned and Prohibition ended with the ratification of the 21st Amendment in December 1933. A brief attempt to revive the name was made in 1934, but it failed quickly. In 1935, the brewery’s equipment was purchased from creditors by a group including Lithuanian-born brewer Oscar Brockert.

Brockert Brewing Company released its first beer on St. Patrick’s Day in 1936. It was initially a draught-only brewery selling beer to be served on tap, but quickly added bottling. Oscar Brockert had a short run with the company and only remained for its first year. Following World War II, Brockert changed its name to the Worcester Brewing Company. 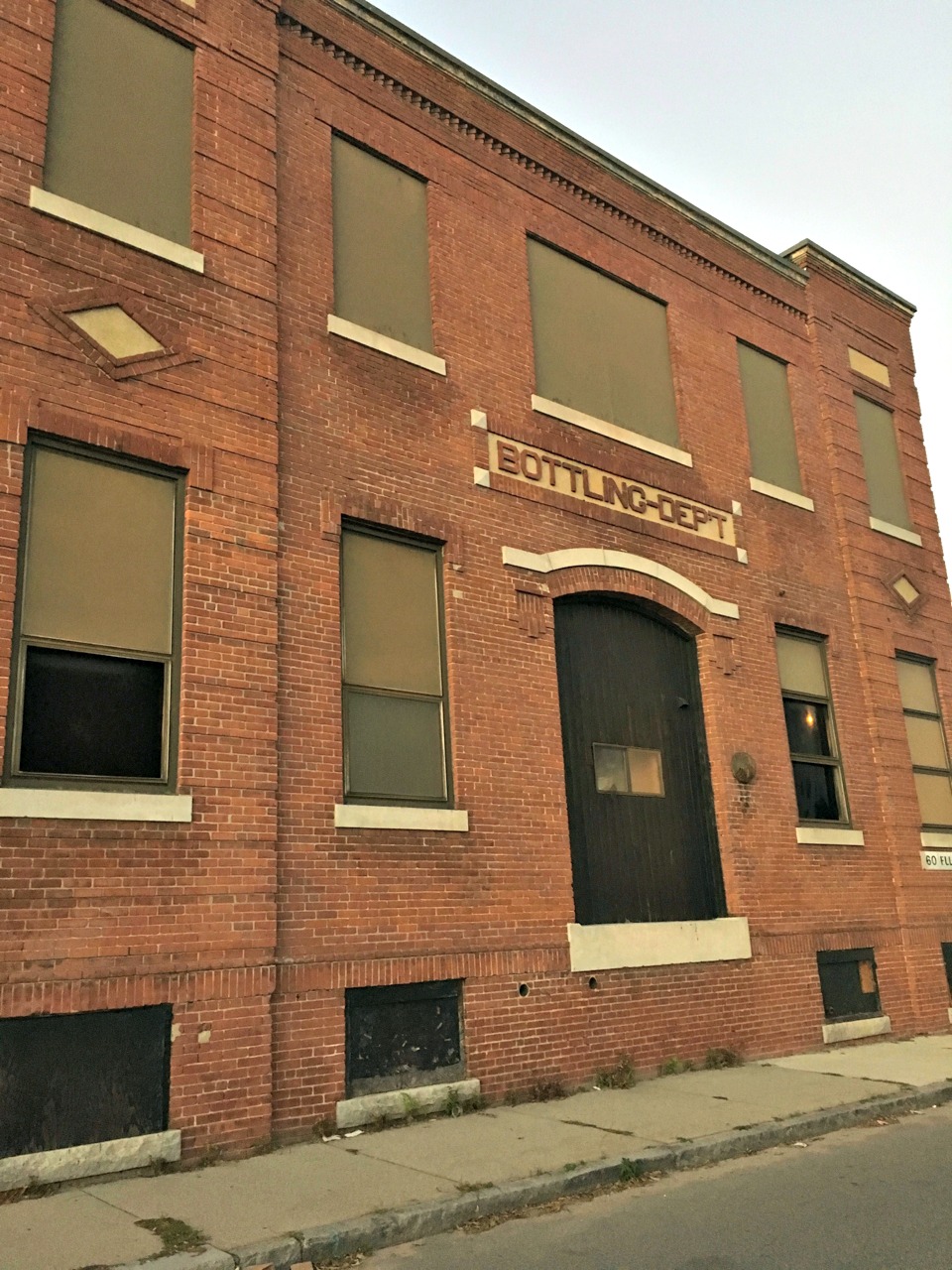 Hoping to build on nostalgia, Worcester Brewing Company purchased the rights from a tobacco company to Tadcaster Ale in 1946. It followed by licensing Dugan’s Extra Fine Ale in the 1950s. The lighter Dugan’s was a departure from the high-alcohol Brockert ales, and its sales sustained the brewery until it closed due to flagging sales in 1962. At its height, the Worcester Brewing Company put out between 40,000 and 50,000 barrels per year.

While Brockert’s name adorned the building, Joseph “Matt” Stacey was central to the brewery’s success. Stacey was its first treasurer, and became president in 1941. Active politically, he served as comptroller of the commonwealth, a member of the original lottery commission, and the city auditor. He was instrumental in expanding the brewery’s assortment and connecting it with the community. 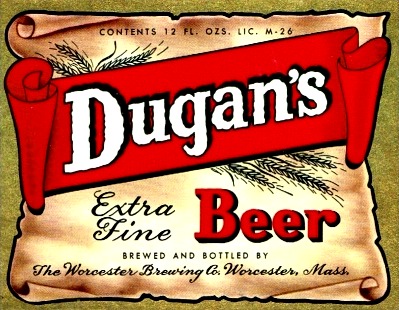 Stacey told author Will Anderson in his 1988 book “Beer, New England”, that “we sponsored some of the best basketball teams in the country. In order not to spend money on advertising — we couldn’t afford it — I’d gone to public things. And basketball was big here … at the end of the season, there was an all-star team picked from all the teams, and they’d play the Celtics. We’d bring the Celtics here and we’d pack in 5,000 to 6,000 into Crompton Park … outdoor basketball under the lights.”

While a brewery sponsoring a sporting event was not an original idea, it was important in connecting the company to the community it served. 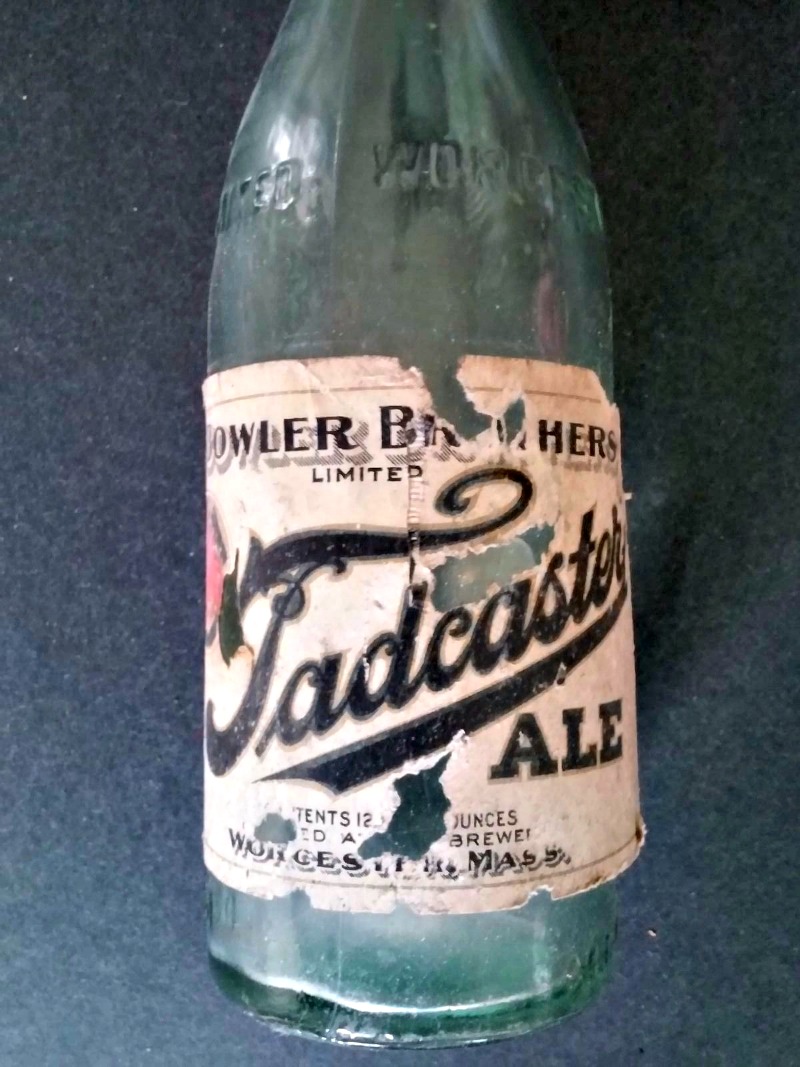 By the 1960s, tastes changed and Worcester Brewing Company had difficulty competing before it ultimately closed. Dugan’s lived on for a couple of years, brewed under contract by Boston-based Haffenreffer Brewery until it was bought out by the famed Narragansett Brewing Company of Cranston, Rhode Island, in 1964. In an era of consolidation, it was difficult for any local brewery to compete.

The narrative of the modern craft-brewing movement is familiar to most. Big commercial brewers put regional players out of business in the 1960s and 1970s. In 1979, President Carter signed a law legalizing homebrewing. This kicked off innovation, and in the 1980s states began allowing brewpubs to serve their own beer.

Those that came of age in the new century took up this trend and ran with it. And with Wormtown flourishing, and 3cross and Flying Dreams hot on its heels, Worcester has clearly tapped into a new era of local brewing.

2 thoughts on “Worcestory Lesson: Hopping on the brewing bandwagon (the first time)”