BOSTON — Area lawmakers are fast-tracking legislation to facilitate the expansion of a California biologics company into Worcester.

The bill (H 4774), filed just earlier this month, emerged Tuesday morning from the House Ways and Means Committee and was whisked through the House by noon. Senate Majority Leader Harriette Chandler, D-Worcester, said she hoped to shepherd the bill through the Senate on Tuesday.

“They’re talking about initially 150 jobs,” O’Day said. “This is truly really an economic development engine for Central Mass. so that’s why it’s really sort of important to us.” The estimate of new jobs does not include construction and other jobs associated with site development, according to O’Day.

O’Day said the parcel is included in Gov. Charlie Baker’s “Open for Business” initiative, which the governor’s office says was set up to find the “highest and best use” for underutilized, and in some cases empty, parcels of state-owned land to generate revenue and advance housing and economic development goals.

Worcester Business Development Corporation has been in discussions with LakePharma officials, O’Day said. 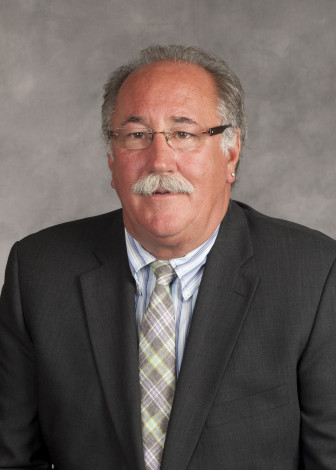 “They are extremely interested in this piece of property. We feel very, very confident and strongly about the asset of LakePharma coming here and really sort of being the anchor of this continuation of the biotech park. Part of the consideration was that they were hoping to be able to have the site under control by the end of this year so that they can really get started on doing site development,” said O’Day.

In March, LakePharma Inc. acquired Worcester-based Blue Sky BioServices in an announcement made jointly from Worcester and Belmont, California. At the time, LakePharma said the combined company would be the largest dedicated biologics research organization in the United States, providing protein and antibody-related development services to the pharmaceutical and biotechnology markets.

The bill authorizes the state Division of Capital Asset Management and Maintenance (DCAMM) to convey land parcels to the WBDC or to its designee, New Garden Park Inc., a nonprofit entity. The bill requires the DCAMM commissioner to consult with the University of Massachusetts Medical School before determining the boundaries for any portion of the property abutting the Brudnick Neuropsychiatric Research Institute, which is used by the UMass Medical School.

The bill also specifies that the parcels may be used for “one or more medical or technologically-related purposes, such as pharmaceutical research and production, biotechnology, bioengineering or biomanufacturing.”