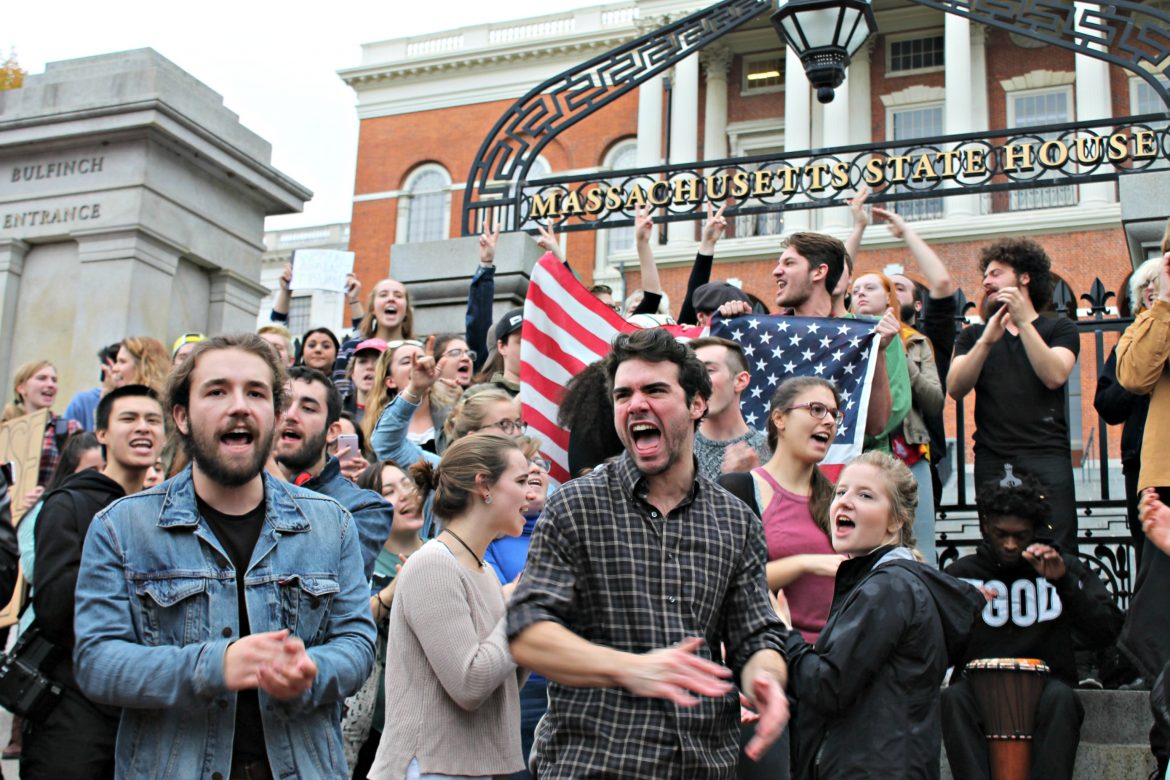 Immediately following the election of Donald Trump, students and other young adults took to the streets and marched in protest of our next president. Those protests continued for several days. Most of the protests were nonviolent, but some included vandalism.

While there are those who express outrage toward the protests, what we are seeing, especially from younger Americans, is part of our democratic heritage.

Growing up in the 1960s and ’70s, it seemed like young people of my generation were always protesting something. By the standards of that time, today’s anti-Trump protests barely deserve a mention.

In August 1968, protesters at the Democratic Convention led by Worcester’s Abbie Hoffman and Jerry Rubin — cofounders and leaders of the “Yippies” — staged a weeklong planned demonstration. Ultimately those protests focused the nation on the issues being raised by the protesters, especially their opposition to the Vietnam War.

Protesters chanted “Hey, Hey, LBJ, how many kids have you killed today?”

Chicago Mayor Richard Daley proclaimed that “law and order will be maintained” (sound familiar?), and he had hundreds of police trained and ready when the protesters arrived. His police force was backed up by the National Guard.

Prior to the convention, Yippies let everyone know they were coming to Chicago. They wrote articles, made speeches, held demonstrations and just about anything else they could think of to get attention. They also made serious threats, including that they would blockade intersections and drop LSD into the city’s water supply. None of their threats were carried out.

The end result saw police clashing with protesters, resulting in hundreds of injuries. And inside the convention, venerable news reporters Mike Wallace and Dan Rather were roughed up by security.

On May 1, 1970, about 500 Kent State University students held a rally protesting President Nixon’s announcement the preceding month of the Cambodian Campaign. A followup rally was planned for a few days later. On May 4, National Guardsmen fired 67 rounds at student protesters at Kent State. Four students were killed and nine others were wounded, one suffering permanent paralysis. It took all of 13 seconds. Some of those shot had been protesting the war. Others were merely students who were walking nearby.

Throughout American history, young Americans have exercised their democratic right to protest. Their idealism and enthusiasm has been the fuel that led to real change.

Think about the meaningful change that has occurred in our nation over the years. The role of young patriots willing to protest and demand change has made our nation better, stronger. Civil rights, the opposition to the Vietnam War, women’s rights, gay rights and the movement to protect the environment are all political movements that have been fueled by the idealism and energy of young Americans. Without their active involvement our nation would be a very different place today.

That does not mean that every protest is worthy or that every protester is right in his or her approach. But, it is inarguable that this nation has achieved a great deal because of citizens who refused to accept the status quo and were willing to fight to make America better. 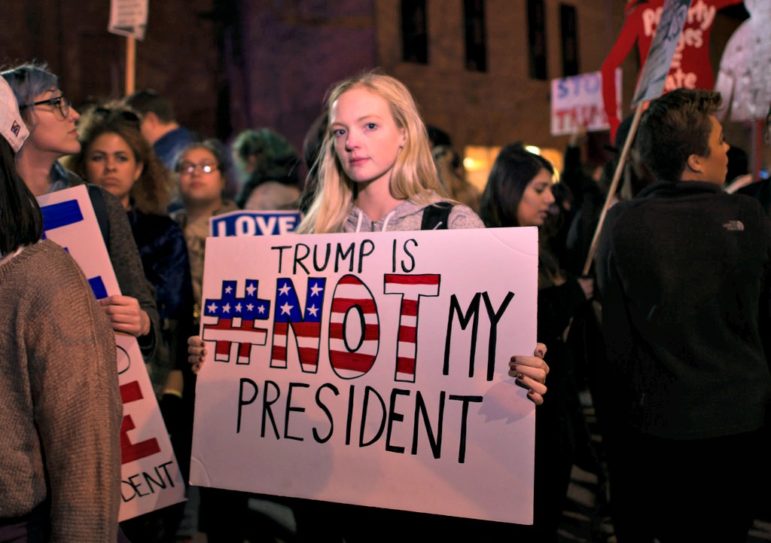 Of all the “un-American” things happening these days, peaceful protests are not among them.

There are a few things that I would say to young Americans who are not happy with the direction of our country.

First, violence and vandalism are never, ever an appropriate method of protesting. Destructive action takes the attention away from the issue being protested and allows people to ignore your message. If your cause is just, peaceful protests are most likely to be successful.

Second, there is more than one way to protest. Of course, the most obvious is to grab a sign and march down the middle of the street or to sit in front of a doorway. Certainly there are times when such an approach can be effective. But there are many other ways that a citizen can raise his or her voice.

The most important protest starts with voting on Election Day. If every young person in America voted in the most recent presidential contest the result would most likely have been different. It is certainly less effective to protest after the polls close because you do not like the result. So, vote!

You can also support those groups and organizations that share your world view. Organizations fighting to protect our environment or those providing health care to women, organizations fighting for social justice or those working to bring fairness to our economic policies are all worthy of your support. Write them a check or go to their offices and volunteer to help.

If you prefer a more direct approach, grab a group of your friends and make an appointment to visit your elected officials. A letter or a phone call is helpful but by taking the time to visit their offices, you show your representatives that you feel strongly. They need to know that you are paying attention.

Beyond these, every day, as a consumer, you have an opportunity to impact our country. Do not shop at stores or buy products that ignore the issues that are important to you. Businesses are often very sensitive to the demands of their consumers.

And when you see something that offends you, like the many acts of hate that have occurred since the election, show up and support those being attacked. Go to the church or synagogue where the hateful words have been written and worship with the congregation, or attend a candlelight vigil in support of someone who has been attacked.

To those who find student protests un-American, I would remind you that this is precisely what freedom looks like. It is highly likely that the freedoms you cherish were won, at least in part, by patriotic young Americans who dreamed of making their country better.

Change in America comes slowly. But, change will not come at all unless there are those willing to demand it.

Young Americans demanding “safe spaces” or only talking to those who agree with them won’t move our nation forward.

Real change takes true patriots asking tough questions and then questioning the answers given. It takes the courage to stand and fight for those ideals and values that you believe in. And, yes, it takes young Americans, who love their country and are willing to do whatever they can to help us move another step closer to our more perfect union.