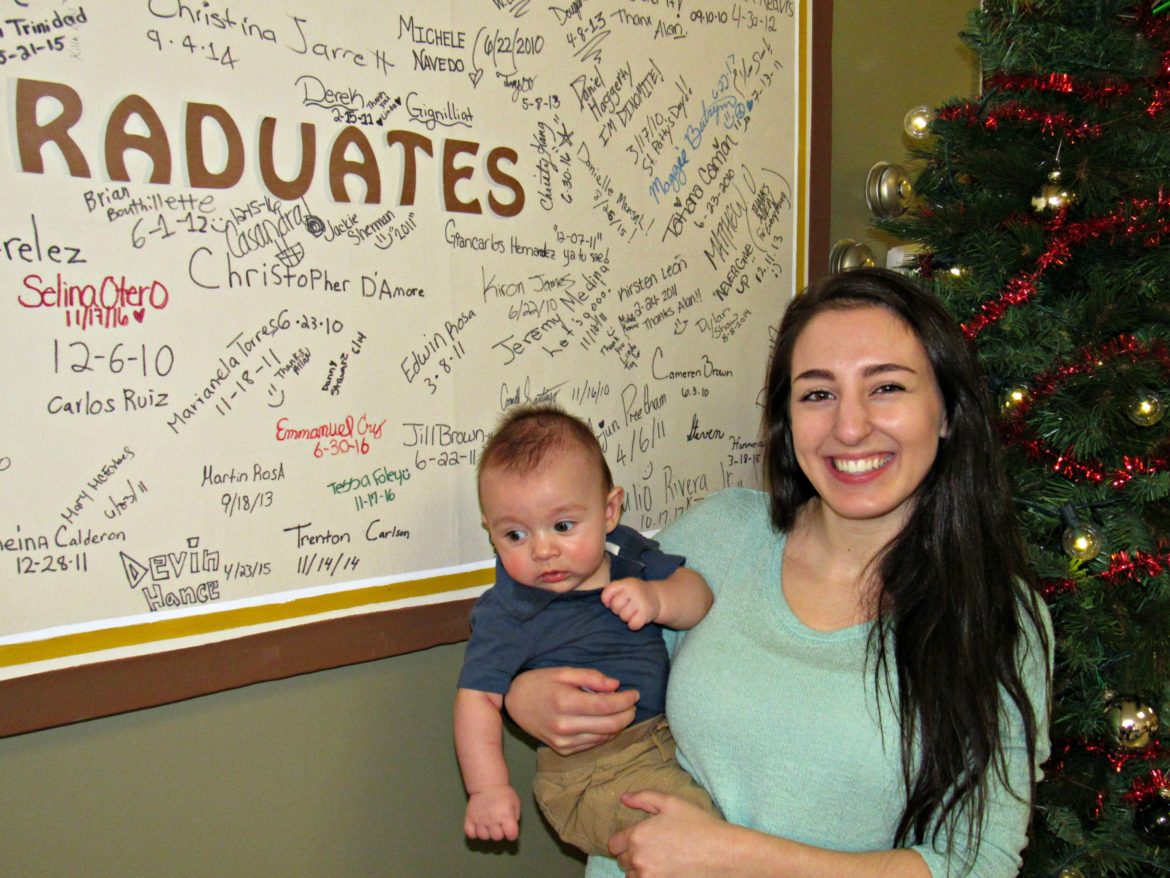 WCAC client Casandra stands with her son, Mikey, in front of a board filled with names of HiSET graduates (which she recently joined).

Mariano: Supporting those in need helps make America great |  In Worcester, approximately 22 percent of our population lives below the poverty line. Statewide the number is a bit over 11 percent. For most, what they need is not a handout but a hand up.

Ray Mariano looks to one of Worcester’s many social service agencies for a heartwarming holiday tale of helping. 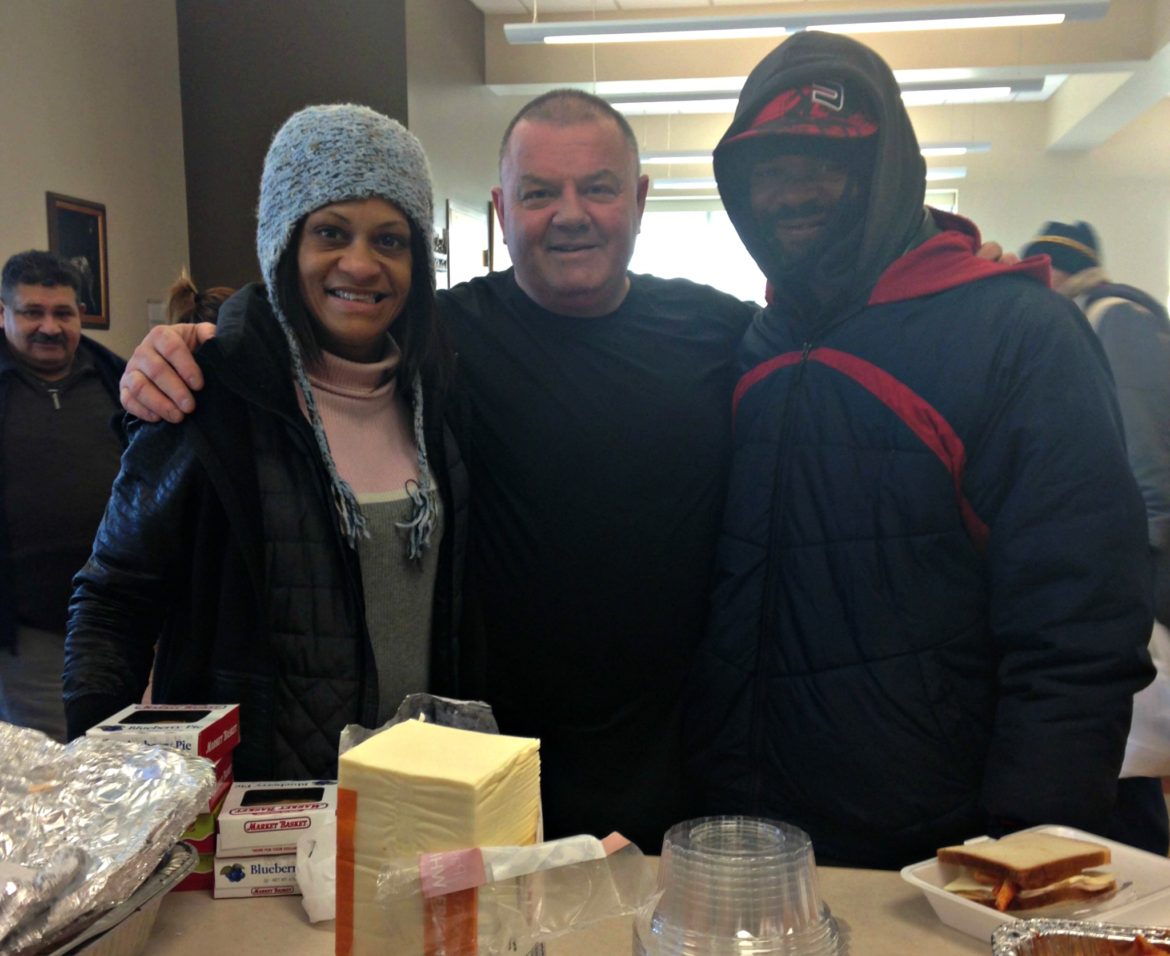 Sun Shine: A full helping of dignity with every visit to St. John’s Food for the Poor |  “ ‘This place is a blessing to me and all the people who come here,’ said Wanda Tepper, 46, who stops by the St. Francis Xavier Center every day.” The growing program on Temple Street has been filling a need for 12 years, and it does so with a care and respect for every person it serves that sets it apart. Sloane M. Perron talks with director Billy Riley and some of his regulars. 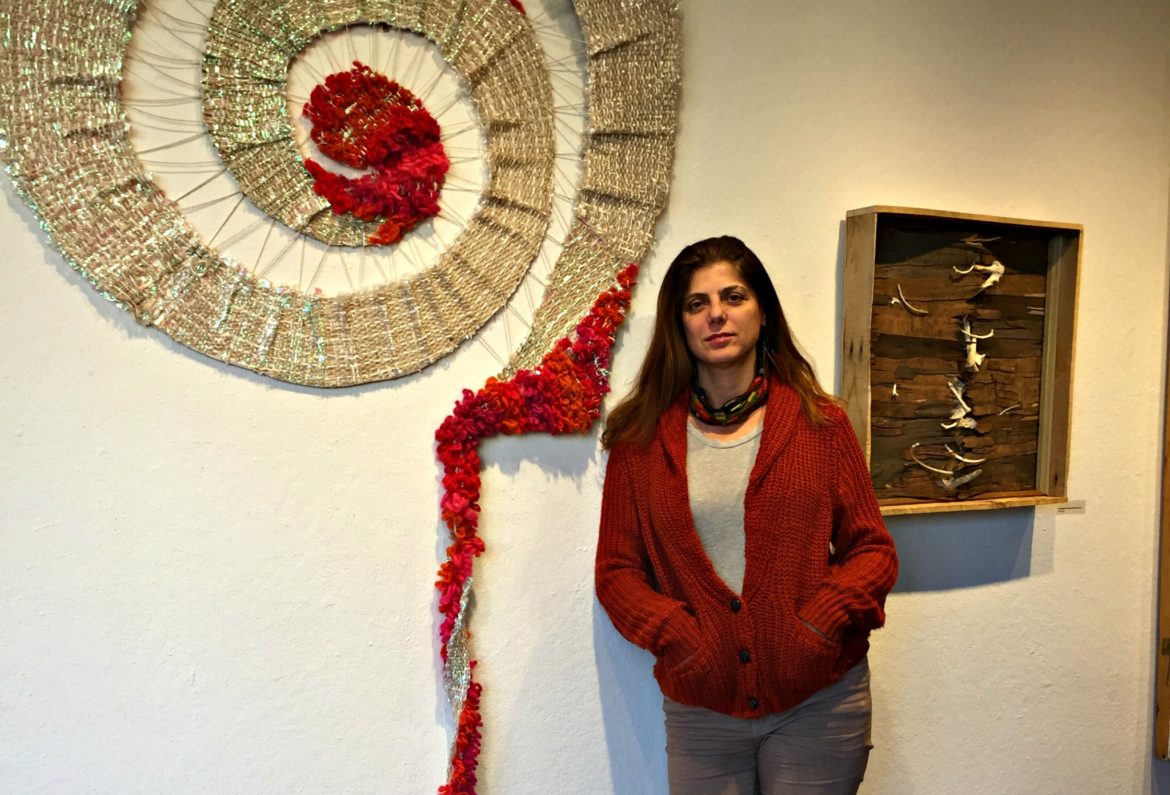 Worcester artist and native of Syria Bayda Asbridge speaks out against the Syrian War in her artwork “The Dream of Alan Kurdi” and urges Americans not to follow in Syria’s footsteps.

In defense of democracy in the Age of Intimidation and Conformity |  “Not only were civility and respect voted out, but the agreements that a democratic system upholds were ignored. ‘It’s like I’m going back to living in Syria, going back to people having no respect, no tolerance… . I see the two parties fighting as if [they were] Shia and Sunni; as if I’m going back to the Middle East. The fabric of the society is falling apart in front of me’.” A timely, thought-provoking interview with Fulbright scholar and Worcester-based Syrian immigrant Bayda Asbridge, by fellow Worcester artist Charlotte Eckler. Free to read.

Sina-cism: Muzzling the First Amendment on campus |  “I grew up before speech codes and political correctness, when hurtful speech was either simply ignored, or settled with further words or, rarely, with fists. Either way, the problem was usually solved and the parties wound up understanding each other better. It rarely occurred to anyone to sue, or pull out a handbook to cite supposed violations of supposed rights.” Chris Sinacola stops by the quad for a free speech checkup. 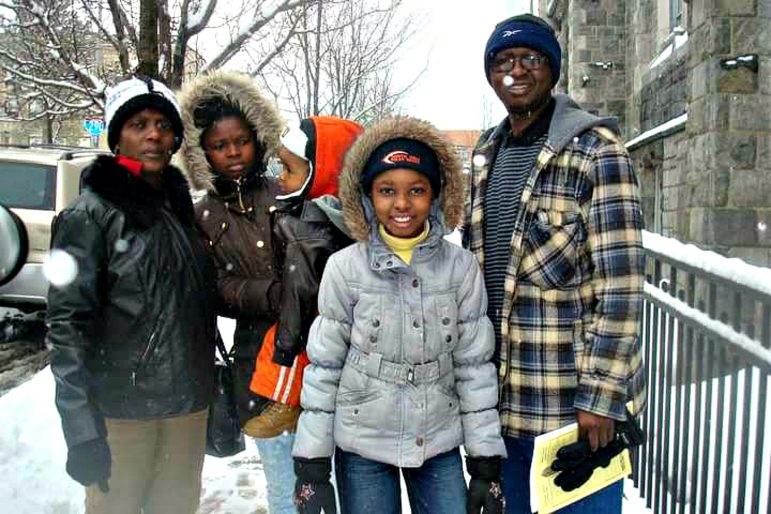 Theresa, Alice, Austin, Mary and Augustine pose outside the Cathedral of St. Paul on Christmas 2010.

Part 29: First Noel in Worcester |  “As usual Theresa began inviting more and more of our new friends to come on Christmas Day for lunch and dinner. I did not know why she was doing so when we had so much else to worry about, so I became jittery. It was three days to Christmas. My children asked when the cold and snow would disappear.” Augustine and family catch the Christmas spirit as the continue their challenging acclimation to Worcester. 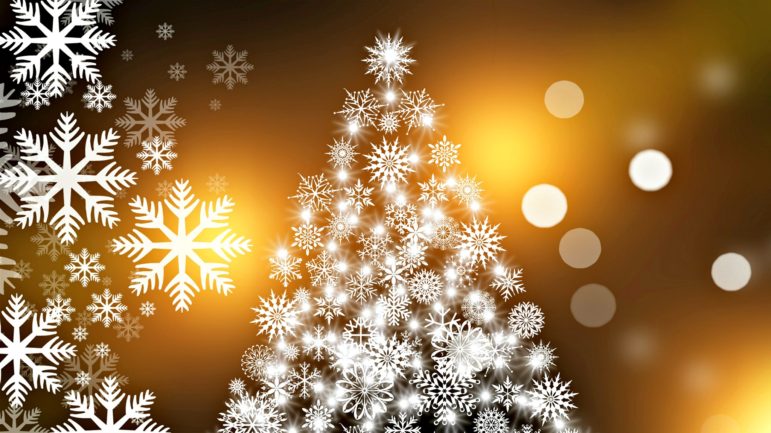 Editorial: The day is here |  It’s “the holidays” — plural! Today is Christmas and, by a coincidence of the Jewish calendar, also the first full day of Hanukkah. That means most area households have a very special day ahead. We wish, for all, happy gatherings and the lasting glow of love. 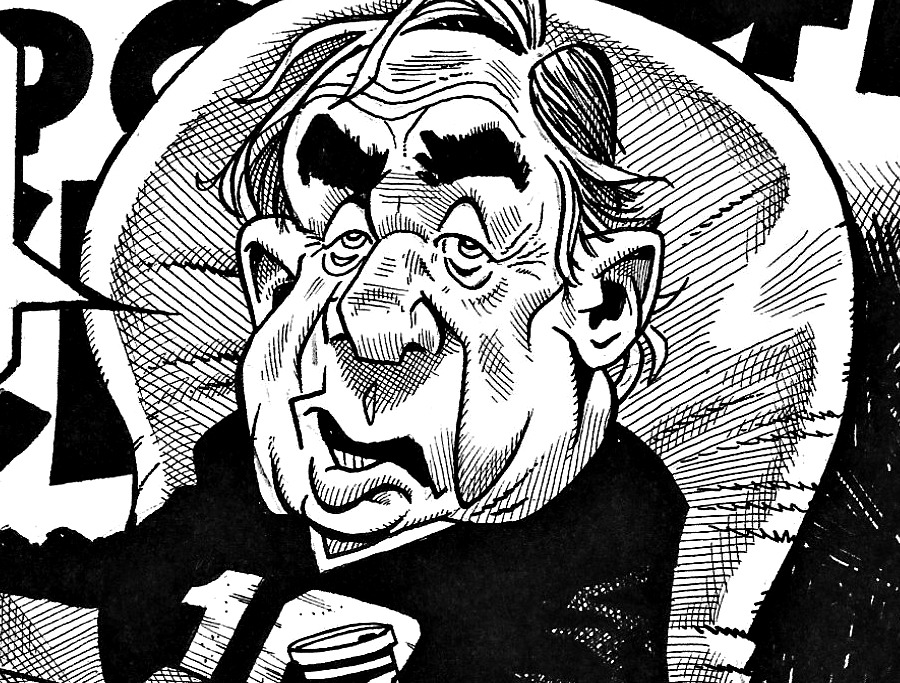 Sun Spots with Hitch [Vol. 122]: Round of applause for Worcester City Council |  It’s not often municipal leaders get to stand up and take a bow … Ummm?! … OK, so maybe it’s often enough, but they take more than their fair share of grief too, so it’s hard to quibble with the occasional victory lap. When it comes to taxes, though, many observers agree the city’s elected representatives have mostly been spinning their wheels. But they do other stuff, too. So, Hitch, for one, thinks it’s high time to put your hands together for the councilors.

Randell: Groundhog Day comes early — again — for City Council |  “Voting on how to divide expenses between residents and businesses after the budget is set is like dropping a child off at the mall with your credit card: bad decisions are inevitable. The City Council needs to take control of the budget, rather than letting the city manager’s budget control them.” Bill Randell continues to keep a sharp eye on Worcester’s wallet. 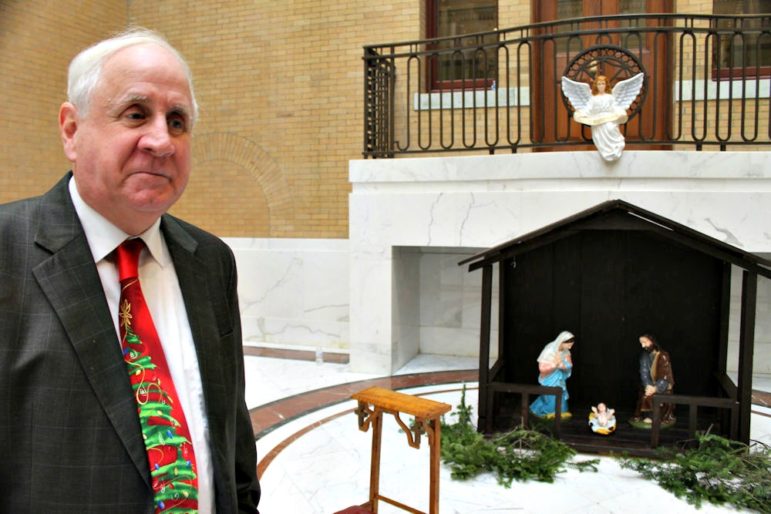 Rep. James Lyons celebrates the setup of a nativity scene at the State House.

On Beacon Hill: State House nativity display divine for crusading lawmaker |  “Our message today is that this is about what Christmas has always been, to us as Christians and I think to a lot of non-Christians also,” said Jim Lyons, an Andover Republican. “This is about that message, the message of love, hope and joy.” Also this week, Baker sees green in empty state lots and Bump sees red over legal pot law. 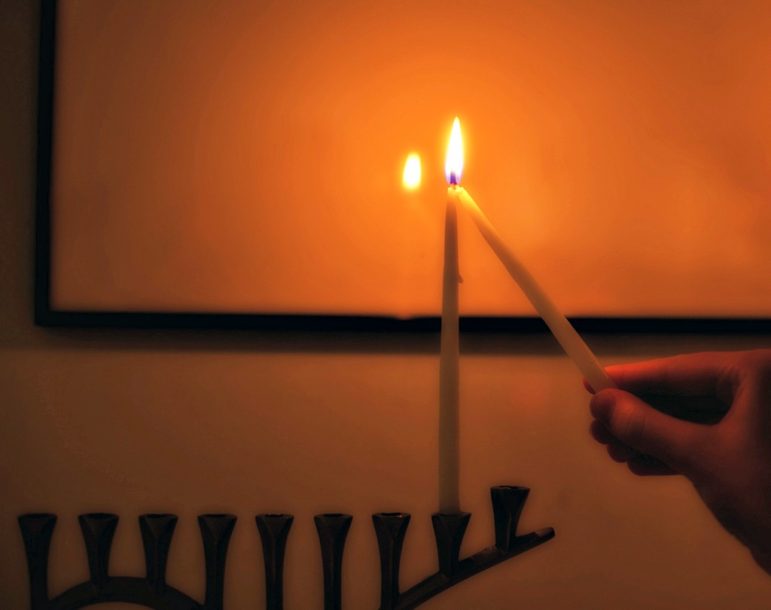 Worcester Weekly: First Night turns 35, WPI hoops + more to do, Dec. 25-31 |  Thirty-five years of turning Worcester into one big New Year’s Eve party — that’s quite the run. Big news this year, too: Joe Petty’s performing … wait, no it’s the Jo Petty Band, no “e” … oh well. I guess the Cape Cod-based Christian rockers are good, too. But wouldn’t it have been cool to see the mayor onstage at some downtown church jamming out to Peter Frampton covers? And check out more cool stuff to do before the week, and year, comes to a close. 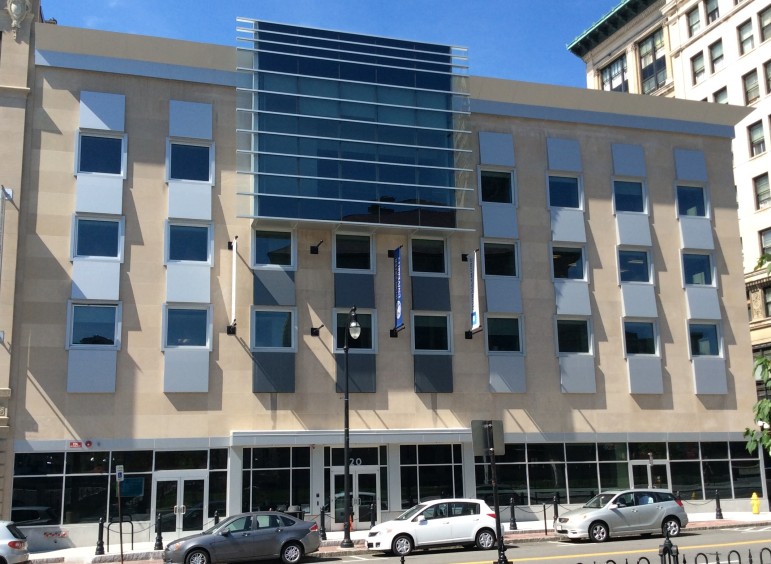 Inbox [Dec. 25]: Salvation Army adds to diamond ring haul, GWCF awards $1.4 million, UMass Medical researcher earns writing prize, Cultural Coalition receives $1.1M for 20 Franklin St. |  Interesting and worthwhile things happen every day in our community. Alas, we can’t cover them all. That’s where Inbox comes in, to offer readers an easily digestible compilation of interesting and noteworthy items you and your neighbors keep telling us about. Have a release or a photo you or your group would like to share? Let us know by emailing it to info@worcester.ma. Be sure to include a link to the full release on your site or Facebook page so we can include it and send Sun members your way.