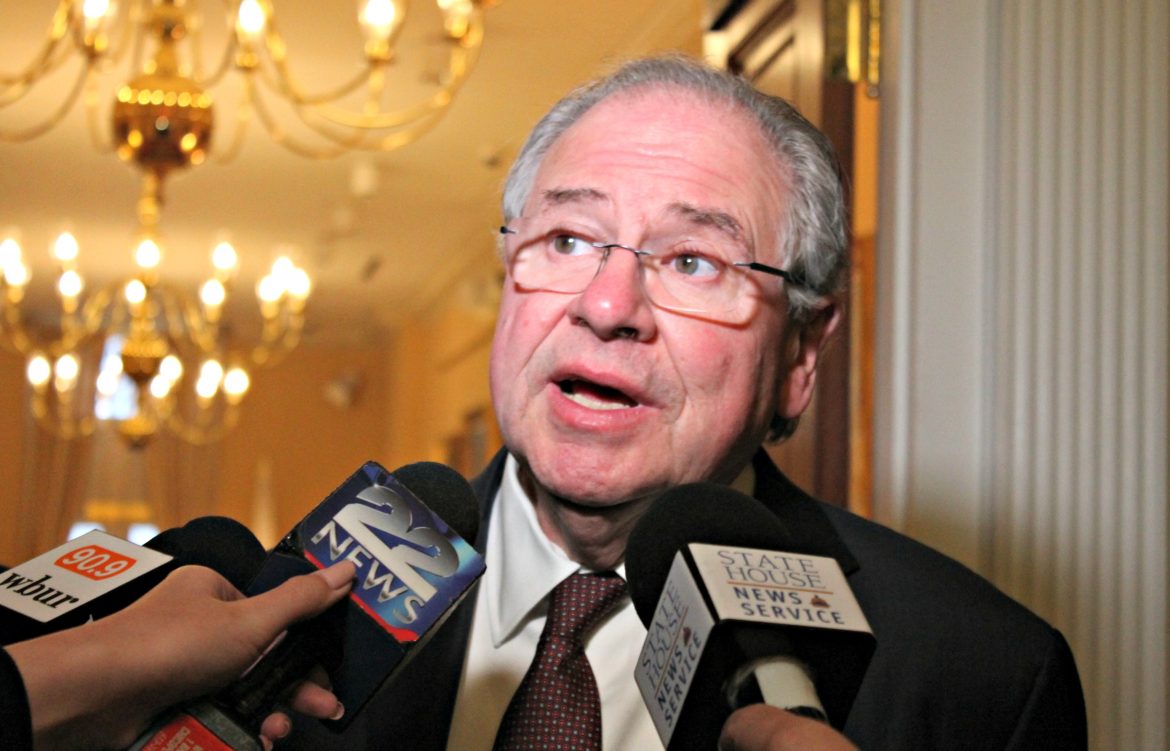 BOSTON — Top House Democrats feel confident about an expansive package of pay increases for public officials that House Speaker Robert DeLeo called “long overdue” on Tuesday, Jan. 24, but some lawmakers from both parties are conflicted about voting on pay raises for themselves and colleagues.

DeLeo, who led a closed caucus with House Democrats to explain the package that will be put to a vote today [Wednesday, Jan. 25], said he doesn’t expect everyone to agree with the move that will cost $6.5 million this fiscal year and between $12 million and $18 million in fiscal 2018.

“There’s never a right time to do this, no matter what the budget situation is, and I fully realize that, but for the sake of equity and especially for the members of the House, whether they be in the position I’m in or the chairman’s in or a rank-and-file member, this is something which I think is long overdue and needed to have full debate and discussion,” DeLeo said, speaking to reporters with Ways and Means Chairman Brian Dempsey after the caucus.

DeLeo said the mood in caucus was “very good,” and reporters outside the hearing room heard several bouts of applause erupt from members in attendance.

“I think I heard more than a couple of jokes about what people might be interested in and whatnot,” DeLeo said about the potential jockeying for leadership posts and committee chairmanships that could soon come with significant extra income.

The package of raises put forward Monday night by DeLeo and Rosenberg would increase pay, in some manner, for all 200 legislators on Beacon Hill as well as for the state’s six statewide constitutional officers and judges. Members of legislative leadership and committee chairs would be in line for substantial pay hikes, while all lawmakers would see their office expense budgets increase. 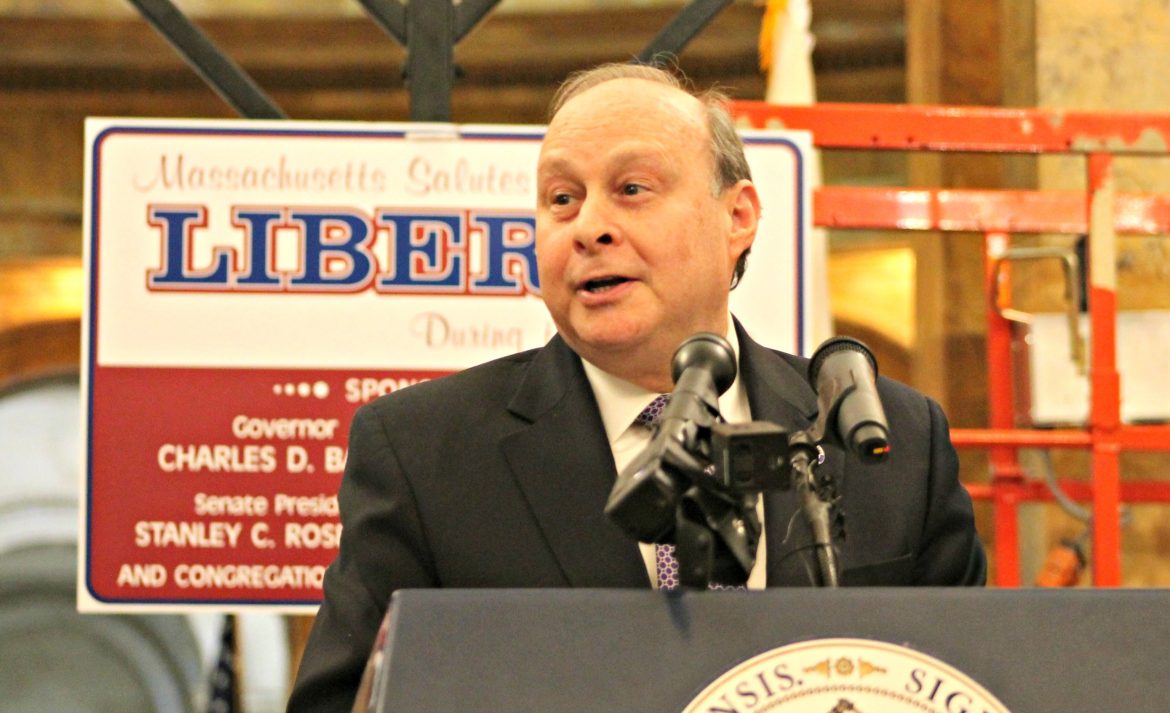 Baker has said he won’t accept a pay raise, but has not ruled out signing the bill.

The speaker and Senate president would also be prohibited from earning outside income.

DeLeo said he makes “not much” from his law practice that “primarily serves as more of a place for constituents to call or to meet.”

DeLeo said he’s been hearing for years from House members, senators and constitutional officers about the need to address the pay scale for public officials, pushing back against the notion that the plan was hatched in secret by top legislative Democrats to boost their own pay.

Reports recommending pay hikes were produced in 2008 and 2014 by outside experts, he said.

“This wasn’t myself just thinking during the Christmas holiday this would be a good thing to do,” he said.

Dempsey, a Haverhill Democrat who is expected to continue on this session as the Ways and Means Committee chairman, said the total package will cost $6.5 million over the remaining six months of the current fiscal year, including $1.4 million to cover increased stipends and office expenses for lawmakers.

Both Dempsey and DeLeo said the legislative pay increase will be absorbed into the existing budgets for the House and Senate, while lawmakers are talking with judiciary officials about how to pay for raises for judges and clerks.

“We’re working with the judiciary and as you’re aware the governor will be filing a supp [supplemental budget] shortly. It’s unclear if that’s necessary at this point,” Dempsey said about pay for the judicial pay raises with a new appropriation.

Dempsey said the annualized cost of the pay raise package starting in fiscal 2018 will be between $12 million and $18 million due to the increased salaries for judges that will be phased in through July 2018 in four steps. He did not have an exact figure for the annualized cost.

Several lawmakers declined to comment after the caucus, but those who did exposed some division among rank-and-file Democrats.

Rep. Denise Provost, a Somerville Democrat, said there were some aspects of the proposal she supports, but she will vote against it because of the magnitude of the increase for legislative leaders.

“I think the increases for legislative leadership are higher than they ought to be at this time, and although people here work very hard and should be fairly compensated, I cannot support increases of this level at this time,” Provost said. “Some times are better than others for pay increases, but I think that this should not be our priority straight out of the gate this session.”

Provost said she supports eliminating per diem payments for lawmakers’ travel expenses — which would be replaced with increased office expense allotments — and the proposed prohibition on the speaker and Senate president from holding second jobs.

Rep. Carolyn Dykema, a Holliston Democrat, said she thought the proposal is “fair,” and she will vote in favor of it.

“This issue is never an easy issue to talk about with the public, obviously, but I think it’s important when you look at the impact of this body on the Commonwealth, and the future of the Commonwealth, you’ve got to have qualified people on the job,” Dykema told State House News Service. “The question becomes how do you compensate them fairly?”

While Democrats do not need Republican support to overcome a potential gubernatorial veto, the choice for the minority party lawmakers who would also stand to benefit from the raises is not an easy one, one party leader said.

Rep. Elizabeth Poirier, a North Attleborough Republican, said she understands the needs, but she would vote against the pay hikes because of the overall cost.

“I am voting against it because I think overall it’s a huge hit when you add it all up. But I understand the position that many people in this building are in,” Poirier told reporters.

“We’re all looking forward to this being over.”

Poirier said the roughly $62,000 base pay for lawmakers, which is below median household income, makes it difficult to raise a family without another source of income.

“I’m fine, but there are plenty of people who I know are not and I feel their pain,” Poirier said.

Other more conservative members of the GOP caucus are less troubled by the vote ahead of them.

Reps. Jim Lyons, Geoff Diehl, Shaunna O’Connell and Marc Lombardo on Monday tore into the pay raises, calling them “obscene” and “ridiculous” at a time when the state budget is unstable and working families have received no tax relief from Beacon Hill.

Legislative Democrats have also talked about restoring some of the $98 million in spending that Baker cut from the $39.2 billion budget in December in light of stagnant revenue growth. While DeLeo and Rosenberg have talked about waiting to see January revenue receipts, Dempsey suggested leaders may need more time to make a decision.

“We would like to come in and restore at least partially many of those cuts. I think we’re continuing to monitor our revenues and we really need another a couple or three months to determine if we’re in a position to do that,” he said.