Shepherding the city of Worcester’s annual budget, which determines the size of the tax bills that fall with a thud in the mailboxes of businesses and residents, is the most important job of the City Council. 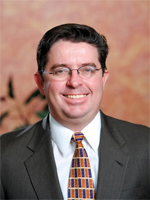 It is not dog parks. Or food carts. It definitely isn’t the more recent discussion of the potential demolition of historic and revered old churches.

Councilors should take on a more proactive role in managing municipal spending. Stop waiting for the city manager. Determine their own tax levy target and hold the administration accountable.

So when the two motions that I was looking forward to at last week’s City Council meeting came and went without so much as a roll-call vote, you could say I was disappointed. Councilor-at-large Mike Gaffney’s requests to the city manager to a) hold the tax levy steady from this fiscal year to next; and b) not factor in “new growth” revenue to future tax levy capacity were procedurally swatted away.

And now the city manager will build his budget and the council will do its best to dance around spending cuts. As always.

If you watched the Tuesday, Jan. 10, meeting — or if you’ve spent any time anywhere near downtown Worcester lately — then you knew it was going to be impossible to get through this session without many folks throwing in their two cents on the fate of Our Lady of Mount Carmel church.

Mount Carmel has become the latest “most important” job of the City Council — and it looks like that, for better or worse, will continue over the next couple of months.

I can’t argue that this is an important issue to many residents (and, it doesn’t hurt, many important people), but does the council really need to be heavily involved?

Councilors spent more than an hour discussing the matter before voting, 9-2 (Gaffney and Tony Economou against), to approve a petition that opens the door to a proprietary historic district encompassing the Mount Carmel campus.

This came after the item was held at three previous meetings to ensure the council had ample time for discussion. And the Historical Commission would have studied the petition anyway.

Why vote on it at all?

It seemed to me the City Council members wanted to send a clear message that if this petition does come back to them in a few months for final approval, that they have the two-thirds vote to approve it; that this “overwhelming support” from the City Council for the historic district will put pressure on both parties to come to a resolution.

How exactly will the threat of a historic district designation help the current owner, the Diocese of Worcester, which says it has no money to renovate, develop or sell this building?

Maybe the City Council would have been better off working with the Diocese to implement a plan similar to the concessions that helped build the Hanover Theatre:

Items like that would actually help both parties achieve their goals: the sale, development and saving of this building.

Imposing this designation on this one property owner, the Diocese, is not “business friendly” and does not help achieve the long-term goal of saving this building. It only addresses the short-term goal of not demolishing it.

I also wonder about the precedent this sets. Any group opposing demolition or development could at least try the Historic District method. Matter of fact, it shouldn’t be long before those who aim to save Notre Dame des Canadiens Church in Salem Square get in on the act.

A couple other items of note from last week’s council meeting:

Gaffney submitted a request (that he later tabled for a future meeting) for an audit of all funds related to municipal work with the Worcester Regional Chamber of Commerce. I commend the idea, as the council should indeed review all expenditures, but I think the taxpayers of Worcester will be happy with the financial collaboration here.

And then there was this: The council voted to transfer $150,000 to continue the “improvements” (aka cover operating losses) at Green Hill Golf Course. This is not an aberration. This enterprise account consistently loses money and is closing in on $1.5 million in losses over the past 10 years. Does anyone really believe investing more in a driving range will reverse these losses?

The decisions being made — and the discussions being had, or not — now will have a direct effect on the fiscal 2018 budget and beyond. Continuing to invest money in losing assets only increases our tax bills.

And continuing to invest time in frivolous discussions and passive budget management only decreases my patience.