Civic engagement is the hallmark of a functioning representative democracy.

So familiar are such phrases as “get involved,” “pick up the phone” and “show up” that it seems as if every civic event contains some exhortation for public participation in the political process.

In recent weeks and months, those picking up the phone, getting involved and showing up have done so to discuss the fates of two historic churches, Our Lady of Mount Carmel on Mulberry Street and Notre Dame des Canadiens at Salem Square.

As of Tuesday, Jan. 17, Preservation Worcester had 1,254 supporters of a petition that calls on City Square II Development Co., owners of Notre Dame des Canadiens, “to make every effort to collaborate with the city’s historic preservation community and interested parties to find a productive reuse of this historic 1929 structure.”

Moreover, the petition asks City Council “to work with the owner and to bring its influence and resources to bear in encouraging the owner to find alternatives to the planned demolition of the building.”

City Square II Development, which is controlled by The Hanover Insurance Group, can legally demolish Notre Dame once the one-year demolition ordinance delay expires in April.

The debate over Our Lady of Mount Carmel is more intense. The antagonism between some parishioners and the Diocese of Worcester is at a fever pitch.

The demolition delay ordinance for Mount Carmel expires in May. 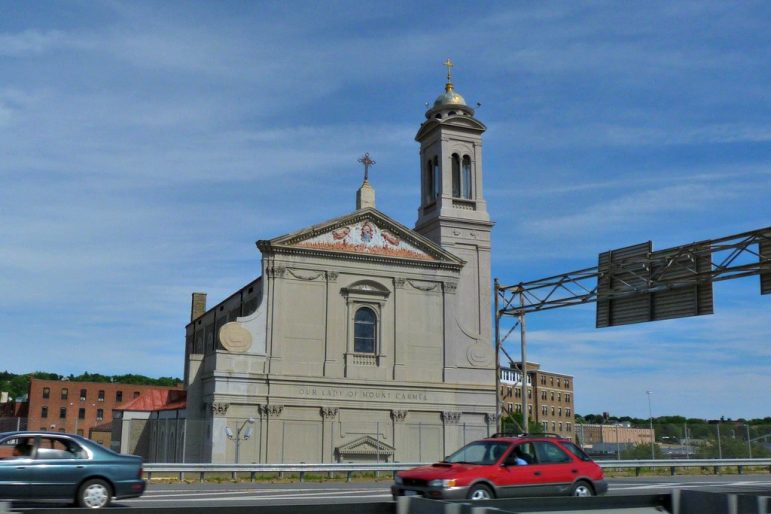 For its part, a week ago councilors signaled support to continue the study of a historic district.

With the fate of two iconic structures hanging in the balance and members of the public engaged on both sides of the issue, it is with some dismay, then, to read twice in recent weeks, including once in this publication, opinions regarding the propriety of City Council becoming and continuing to be involved in the disputes.

We hold that the job of the 11 councilors, within limits of law and reason, is bound by necessity to be that in which the public demonstrates interest. In other words, the job of the City Council is whatever the public says it is.

There are those who argue the council has little or no business becoming involved in what amounts to a property dispute. That argument is specious at best; this is the same panel that endorsed the Worcester Redevelopment Authority’s Downtown Urban Revitalization Plan that targets 24 private properties for reinvestment, some of which may be taken from private interests by eminent domain.

When citizens seek redress from government, it is incumbent upon elected officials to become engaged and attempt to find a solution. In this regard, we can think of no better time to have these discussion than a year in which there will be a municipal election.