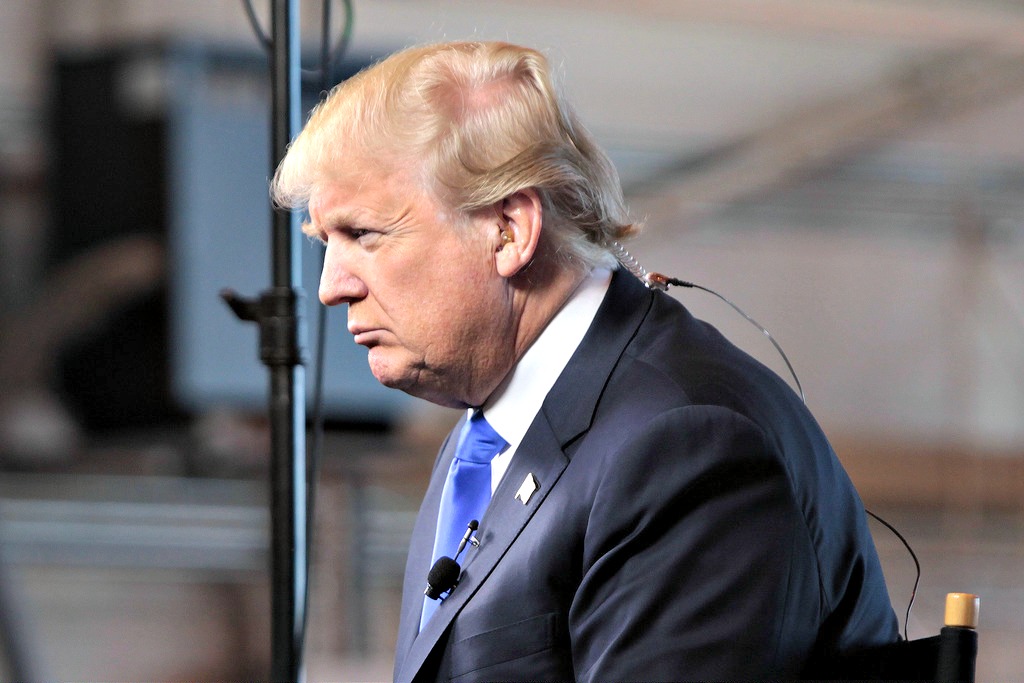 Trump’s inauguration speech strained credulity by promising to eradicate radical Islamic terrorism “from the face of the Earth.” Rain fell in the chill and applause was generally sparse. It came across as a reheated campaign speech.

While most of us were sleeping Friday morning, the next president of the United States was tweeting.

“It all begins today! I will see you at 11 A.M. for the swearing-in,” he wrote. The 4:31 a.m. Twitter missive then switched to all-caps: “THE MOVEMENT CONTINUES — THE WORK BEGINS!”

Yes, in large part thanks to the grace and good sense we expect from Democrats, the work maybe will begin again in a long-stalemated Washington.

“We’re not going to oppose things just because Trump’s name is on it,” Senate Minority Leader Chuck Schumer said on Friday’s “Today” show. On certain issues, such as infrastructure and trade, “if he sticks to good values that we believe in, we’ll work with him.”

The senator added: “But on most areas we’re going to have to fight him, and we’ll fight him tooth and nail.”

Schumer pointed out that 60 votes will be needed for major actions by the Senate. “They’ll need Democratic cooperation,” he said. For instance, if Republicans don’t repeal Obamacare, Democrats will work with them to make it better. “It’s that kind of division: Stick to your values.”

That kind of division, America can take.

Congressional Democrats — some 60 of whom chose to boycott the inauguration of Donald J. Trump — need to avoid the trap of the kind of all-out, genuine obstructionism chosen by leading Republicans eight years ago when the shoes were on the other feet.

The very night of President Obama’s first inauguration in 2009, according to the 2013 Frontline documentary “Inside Obama’s Presidency,” a stubborn plan began at a dinner at a D.C. steakhouse. Elsewhere in the city, formal balls celebrated the Obamas and a milestone in our democracy. But top Republicans at that table agreed the party would impede the new president at every turn.

That was how Newt Gingrich, Paul Ryan, Eric Cantor and others at the dinner decided to deal with the Democratic domination in the White House and both chambers of Congress the 2008 election brought. Obstruct, dig in — despite financial crises, wars, terror threats and chronic travails including education, jobs, healthcare and an already too-divisive federal government.

The consequences have been lasting and incalculably damaging.

Blind, blanket obstructionism is not “work.” But the Republicans’ obstinance did work in terms of their self-interest; they regained control of the House and Senate during the 2010 midyear elections that first term.

And now Democrats are in the minority and face the same dynamic the Republicans did in 2009. Only this time, we have a president of vastly different background and character in the White House. Paradoxically, Trump the brash and none-too-subtle outsider could inspire everyone to up their game and help heal the divisions.

We’re all on the same side — that of our country — after all, and have been all along. 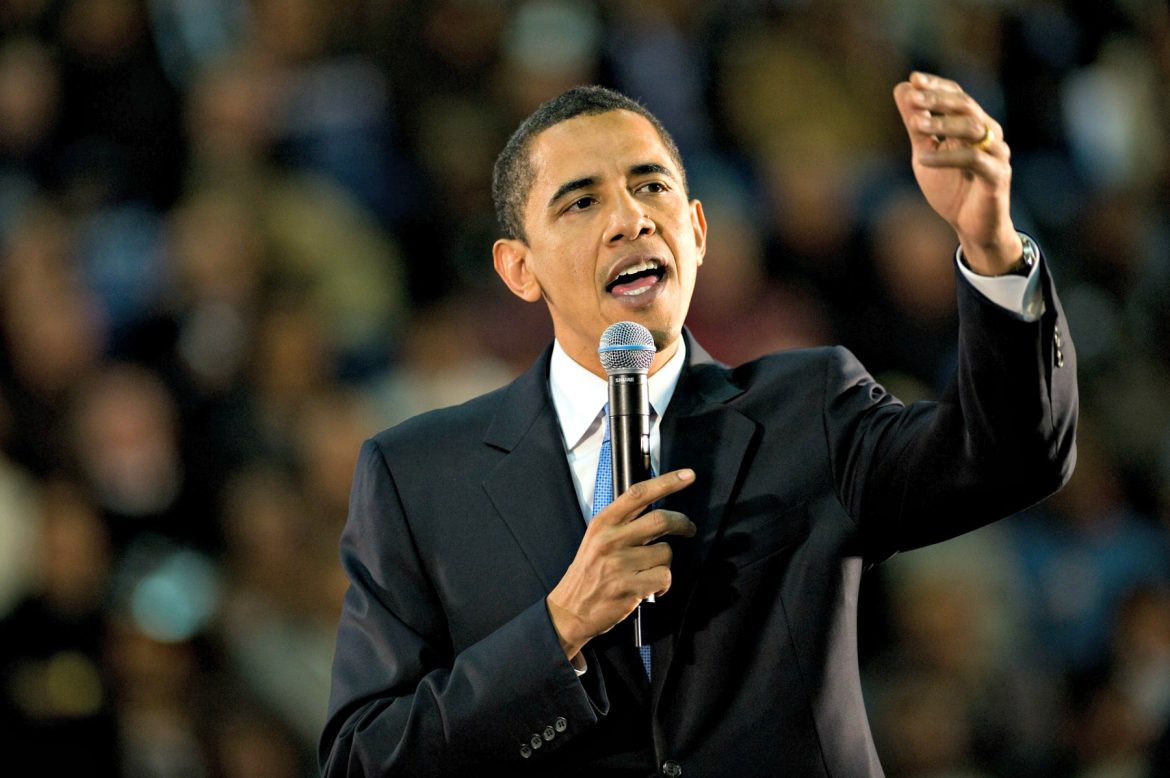 Obama, we feel, brought promise and vision from the start; and he matured into a president whose thoughtfulness, accomplishments, comportment and eloquence were exceptional. The story of his presidency, now a closed book, holds lessons for us to ponder and for history to gather. He wasn’t perfect; no person is in any circumstance. But his example, and that of the rest of the first family, earned a warm imprint on the American memory.

Nevertheless, the excessive partisanship that infected first Washington — especially after the 2001 terror attacks — and then the national discourse, is part of the legacy of Obama’s years in office.

People in both parties have contributed to the growing impasse; and people in both parties have tried to fix it. Meanwhile, the nation has grown beyond weary of it. It even seems, sometimes, these days, less easy to summon the sense of commonality, sureness and purpose — the virtue, the vigor, the swagger — that makes the United States such a beloved home and natural guide for the world.

We can’t slip into forgetfulness or complacency, and we cannot afford deeper division.

We do not believe in the “America first” policy Trump pounded into his inauguration speech Friday afternoon. Isolationism is not the answer in a world growing more complex and interconnected. Strength that comes from diversity, democracy, generosity and work will serve us far better and longer.

But we do believe that “United” still comes first.

Both Hillary Clinton and Donald Trump during their campaigns drummed over and over that the nation needs to come together. That we keep talking about this is a symptom of how badly things are awry. We need to be it. From Washington’s corridors of power to our own minds and hearts, we need to remember that we remain Americans together with much to preserve and protect.

And we are part of a great tradition that does work. Democracy isn’t easy, but it’s the platform we easily agree on.

Nonviolent protests and demonstrations in response to the new presidency have their place. But positive responses — education, discussion, community involvement, readying for the next election — are needed more.

It was perhaps an unfortunate choice for those who boycotted the inauguration in person, or chose not to watch on television or listen to it on the radio.

The grandeur of that ceremony; the simple oaths; the nerves; the Bibles; the January cold; the fragility of almost-forgotten public servants growing old; the nearness of change; the familiar Capitol steps; the dignity and choreography of the transition; and the personalities, ambitions, loves, regrets and hopes that everyone watching joins to the moment — these reinforce for us every four years the magnificent luck and constant quiet duty that come with this citizenship.

Trump’s inauguration speech was surprising in various ways. It was delivered in slow, measured voice and held to script. With the world listening, it strained credulity by promising to eradicate radical Islamic terrorism “from the face of the Earth.” Rain fell in the chill and applause was generally sparse. It came across as a reheated campaign speech.

And though the speech was an opportunity to win a particle of respect or acceptance from his many detractors, it was divisive and often pointedly critical of the very people surrounding him — many of whose help he is going to need.

But the four-letter word in his tweet, we appreciate: Work.

If we don’t get to work, that would be — to invoke another Trump word — sad.

Meanwhile journalists and the rest of us must watch President Trump closely, and when necessary register our displeasure in productive ways. And we have to remember that we all have ownership of this nation and its future, and all have a role to play. It’s work, all of it — but it’s worth it.

Good, hard work is sorely needed, beginning with our leaders. 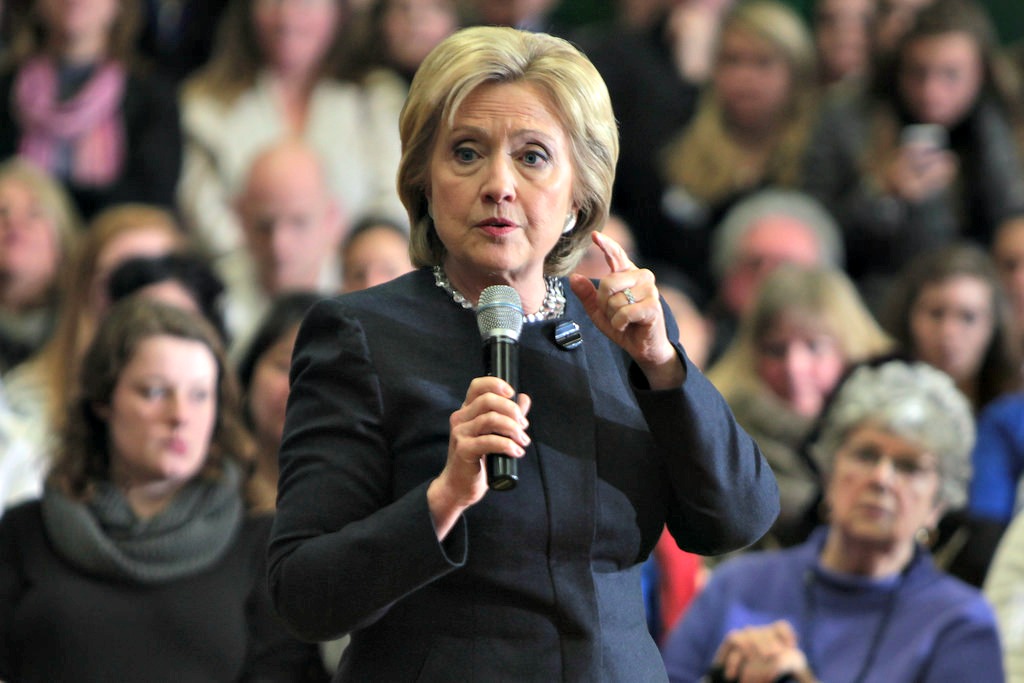 We would have preferred Hillary Clinton, with her experience and steadiness, taking up the huge and important agenda ahead. If it had been her, though, stalemate and obstruction would have been the business-as-usual greeting us today.

We got Donald Trump on Nov. 8, and made it official on Friday. Despite the shouts and placards of “Not my president,” he, in fact, is. He’s our country’s 45th, settling however awkwardly into the world’s top temporary job.

We wish him well, because we wish the United States well. He needs support, guidance, time and our hopes.

And he needs Washington — and the rest of the nation — to get very much to work.