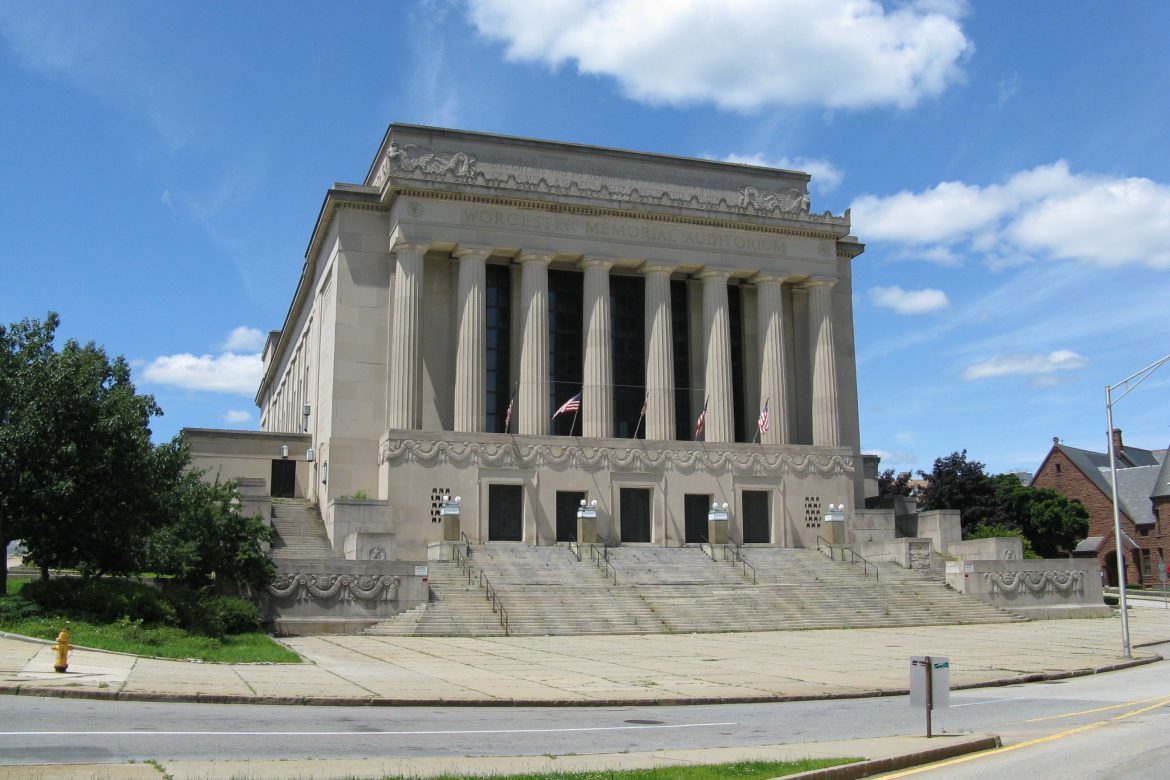 The “Aud” has been idle too long. The board of trustees for Worcester Memorial Auditorium will vote tomorrow on a deal that could be the beginning of a plan for the building.

The trustees should say yes. As outlined by City Manager Edward M. Augustus Jr. at last week’s City Council meeting, it’s a low-risk agreement with an experienced Boston nonprofit that would bring experience and fresh thinking to the problem.

The Architectural Heritage Foundation has had a hand in the preservation and redevelopment of treasures in Boston and elsewhere. Its signature projects are Boston’s Old City Hall and the world-renowned Quincy Market/Faneuil Hall Marketplace. With these two projects, AHF proved preservation and modern development could coexist.

AHF proposes to embark on a feasibility study of the city-owned Memorial Auditorium, commonly called the Aud. For a year, AHF would explore the building’s future, using its own money — at least $250,000 — to conduct the study. In exchange, AHF would have exclusive rights to the building over that time.

Any changes to the building, or its possible sale to AHF, would come later and would necessitate City Council approval. AHF would first present a redevelopment plan to the city, expected to arise from its feasibility study.

The agreement is a promising stride after a year in which the city pushed for proposals for the auditorium.

Last summer especially, it opened the building for tours and events that showcased its three chief assets: gorgeous murals painted by Leon Kroll in the 1930s; a one-of-a-kind Kimball pipe organ; and the singular, indescribable grandeur encased within the massive structure.

A series of free tours by Preservation Worcester in August attracted more than 1,000 people to explore the historic venue, which is listed on the National Register. An October organ concert drew more than 500 to its Great Hall. 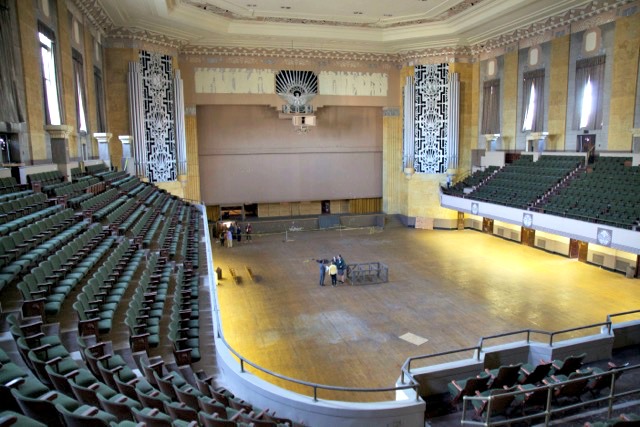 The city and AHF agree that potential redevelopment of the auditorium into a cultural and/or commercial center would preserve its exterior, murals, organ and chief gathering spaces, including the Memorial Hall and Little Theater.

Memorial Auditorium, which closed in 1998, came into being out of gratitude, duty and determination. The massive building opened in 1933 to honor our city’s World War I servicemen and women.

Check out a free Worcestory Lesson:
A trip down memorial lane, starring the Aud

It has served many purposes over the years, hosting Veterans Day and Memorial Day speeches, plays, performances, basketball games, graduations, meetings, concerts and even as a storage facility for official files. Juvenile Court once had quarters in its basement.

Even so, Memorial Auditorium hasn’t been without purpose. Dominating busy Lincoln Square, which it shares with the former Worcester County Courthouse, a former vocational school and other imposing buildings, it stands as a civic anchor and reminder. The Aud’s main role remains, as always, to serve as a symbol of respect for ourselves, our military and our past. 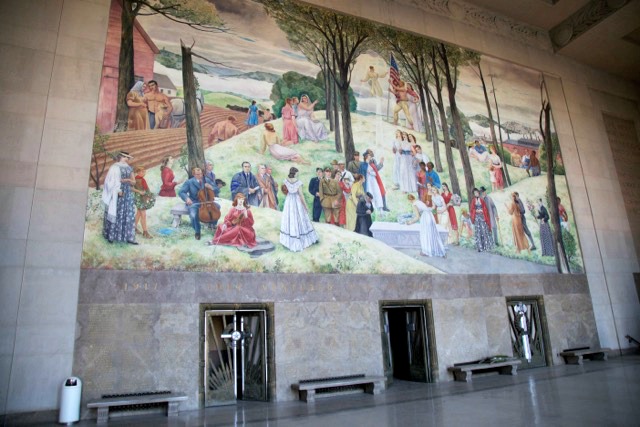 The northern end of Main Street, meanwhile — once an actual dead end and long a developmental one — has been transforming nicely in recent years, particularly with input from WPI and MCPHS. The Aud, along with the old courthouse, built in 1854, have proved to be the two biggest and most ill-fitting pieces of the puzzle.

It’s exciting to think of the auditorium being reawakened. It has a surprisingly uplifting atmosphere on the inside, and that shouldn’t go to waste.

What we want, and the building deserves, is respectful redevelopment. The Aud’s identity as a war memorial, and its record of duty to the community, must somehow be included in any forward march it takes to the future.

The Architectural Heritage Foundation’s has a four-decade record of turning old buildings to new purposes. Its resume includes involvements with Faneuil Hall, Victory Theatre in Holyoke and Washington Mills Building 1 in Lawrence. No one knows what it might come up with here, but AHF’s interest in Memorial Auditorium, its experience melding financial realities with historical and architectural values, and the low-risk deal it has hammered out with the city are solid reasons to give it the keys for a year, and a chance.

This is a special project, challenging as well as important, calling for modern eyes and imaginative sensitivity to the past.

We look forward to hearing the AHF’s ideas and potential answers for the Aud.