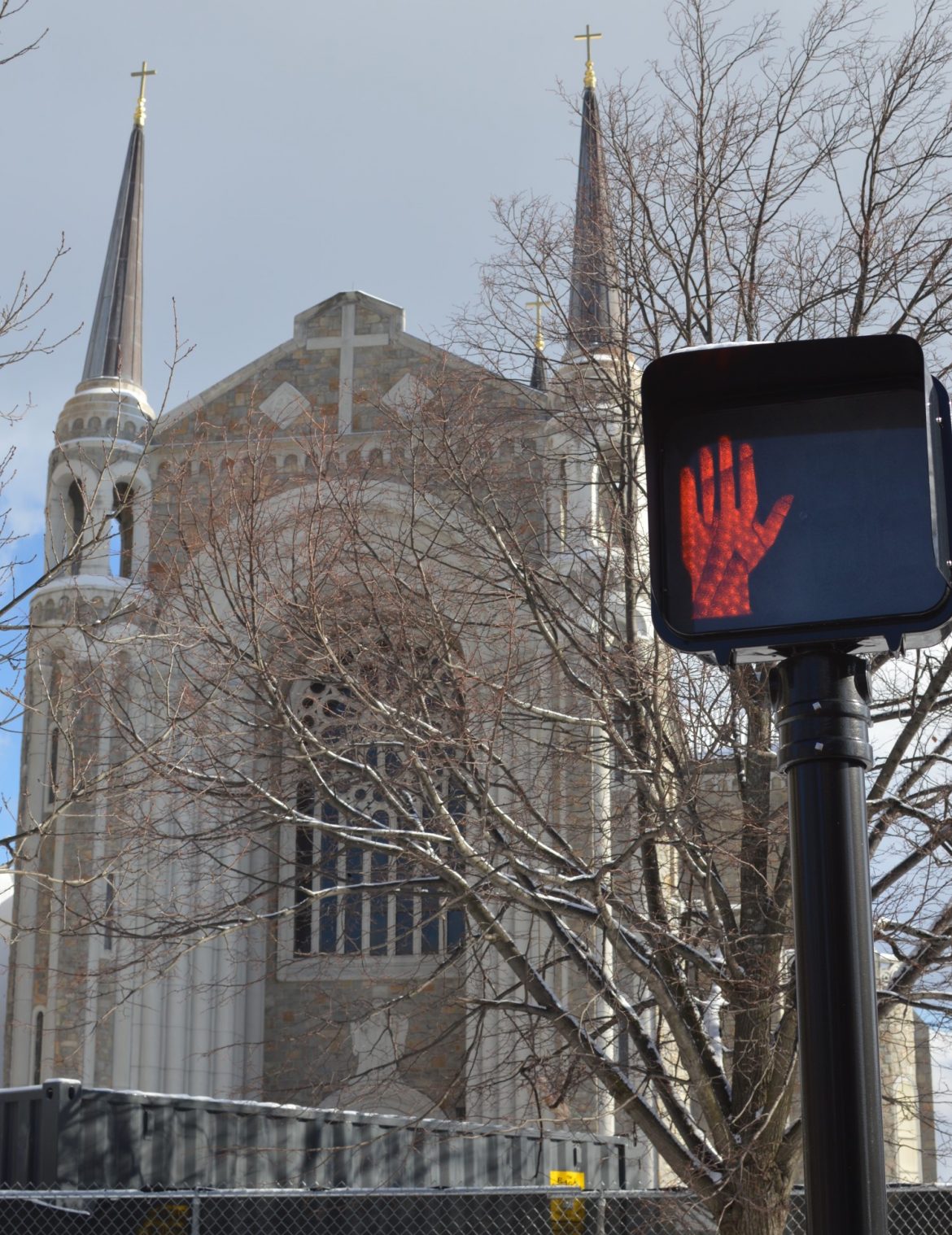 Notre Dame des Canadiens Church sits behind its prison of wire fencing, the building majestically and stoically waiting for our collective will to decide its fate. In October Preservation Massachusetts, a statewide historic preservation advocacy organization, listed Notre Dame as one of the most endangered historic properties in Massachusetts.

There should be concern.

In April when the demolition delay ordinance expires the current owners, CitySquare II Development Co. LLC (which is controlled by The Hanover Insurance Group), plan to demolish this historic church overlooking the downtown Common and grade the site to provide an empty lot for some future development.

Worcester’s urban development agenda since the 1960s urban renewal craze has been based on two major fallacies: 1) that historic buildings such as Notre Dame serve as an impediment to economic progress; and 2) fuzzy-headed nostalgia (not economic rationalization) drives the work of historic preservation.

The famous urban theorist Jane Jacobs noted, “Cities need old buildings so badly, it is probably impossible for vigorous streets and districts to grow without them.”

A frequent mistake is to measure the economic viability of a renovation project based solely on the immediate cost of the rehabilitation and not on the long term economic spinoff to a community.

“It cost $32 million to renovate the Hanover (Theatre for the Performing Arts). Would it have been less expensive to tear down and to have built a new building?” Troy Siebels, president of Hanover Theatre, reflected. “Perhaps! But if we had done that, we would not be as successful as we are today.”

He muses, “Patrons come here for the shows but also this building is a big part of the experience – walking through those front doors, seeing the grandeur and the opulence and all the craftsmen-like details. We as a society don’t put this kind of care anymore into our architecture. You don’t see this opulence anymore. The only way to find it is to restore it.”

The Hanover Theatre provides a startling example of the economic power in an historic renovation project. Siebels credits the Hanover Theatre as one of the first major successful development projects downtown, creating a momentum and optimism ultimately leading to the investment of the CitySquare development and MG2’s Grid District project in the Theater District.

The Hanover Theatre opened in March 2008. Worcester’s Economic Development Department estimated that the Hanover Theatre generated more than $40 million in direct and indirect spending on jobs and amenities in its first two full years of operation.

Restoration projects tend to provide more construction jobs than new construction projects, primarily due to the need for more specialized tasks at restoration sites.  The Hanover restoration had to find qualified artisans and craftsmen who could re-create chandeliers, lost plaster details and foil paintings on the facades.

The Hanover’s $6.5 million annual operating budget provides 15 full-time jobs, 250 part-time jobs, and indirect spinoff jobs at local restaurants and hotels. A Broadway-style show at the Hanover needs on average 40 hotel rooms during its duration just for the cast members. 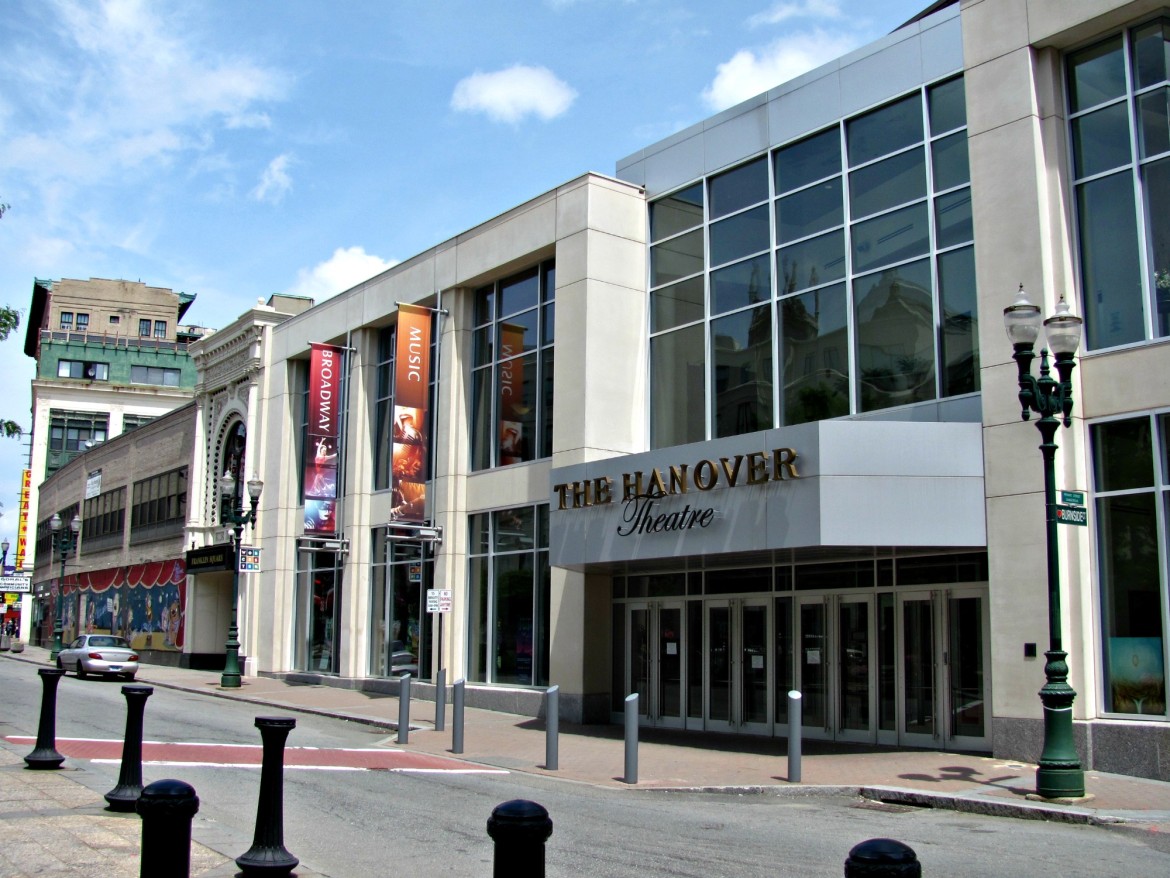 Renovating historic properties such as the Hanover also saves on the prohibitive costs for building demolition, transportation of debris, associated landfill fees and local taxes to fund budgets for new landfill sites. “It’s cheaper to demolish and build new” is the common flawed rallying cry.

Andrew Shveda, local architect and chairman of the Worcester Historical Commission, challenges the notion that new construction is less expensive than restoration projects.

“The dark underbelly of current development business practice is to build everything on the cheap. If 2 percent of the masonry construction cost can be saved by using an inferior product, so be it. One will rarely hear a developer say, “This building will be here for the enjoyment of your children and their children.” How can they say that knowing that they built to the bare minimum of code standards and chose materials based on price and ease of installation and not longevity?

“It wasn’t always like this, though. We used to build for the future and not for just the right now. Buildings with fine, detailed craftsmanship and the best of raw materials were meant to last the test of time.”

Look no farther than Notre Dame in our city center to understand this concept. This building of strong, beautiful bones has already seen the rise and fall of a disposable mall and if we dare to let her live, she will probably outlive her new neighbor on the rise as well.

The costs in quality restoration projects are real, though, and can’t be minimized.

Robert Branca, president of the Branded Realty Group, has a growing portfolio of successful historical renovation projects under his belt, including the Harrington Building on the corner of Front and Main streets and the Buick dealership building at 72 Shrewsbury St. The work is not always simple and straightforward.

He recalled the major expenses in restoring the Harrington building – replacing the roof, updating the heat, electric and plumbing systems up to code, repointing all the brickwork. Even the main sewer line owned by the city unexpectedly had to be replaced.

Despite all the complicated work and unexpected expenses, Branca asserts that these historic renovation projects make financial sense. “The number one reason to take on this type of project,” states Branca, “is that these buildings command a higher rent. There is a high demand for space in historic buildings redone with modern amenities.”

“Look at all the hotspots in Worcester now – Deadhorse Hill, Crompton Place – they are all in old buildings. People are drawn to the feel and the vibe of the old,” says Alina Eisenhauer, owner of Sweet Kitchen & Bar and tenant in the former Edward Buick building at 72 Shrewsbury St. 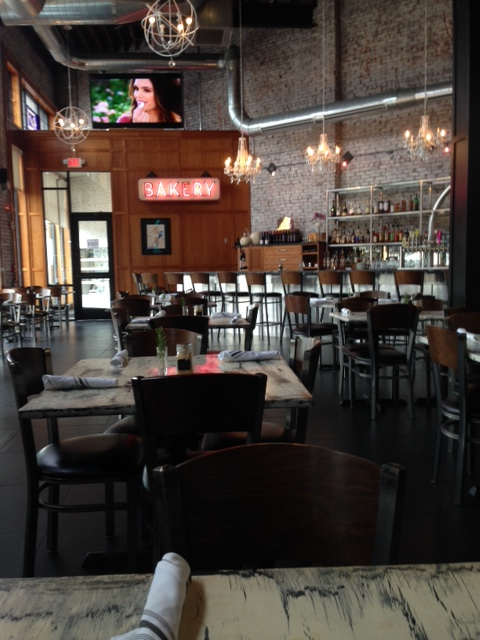 When Rob Branca invited her to the Buick building during its restoration phase, Eisenhauer stood on the dirt floor and gazed at the exposed bricks and wooden beam ceilings. “All I could think was ‘Wow!’ As soon as I walked in, I was stunned by how beautiful it was and I knew that I had to be in that space.”

According to Eisenhauer, no matter how well a new space is built, it can’t duplicate the character of an old space. Being in a renovated historic building has allowed her to brand her own business. “So much of the food business is … setting a tone and mood for an experience.  The aesthetic is really important. If you have something that wows people and has a distinctive feel to it, it sets you apart from everyone else. If I was selling the exact same food in a strip mall, people wouldn’t value it the same way. It changes your whole perception of everything.”

Patrons are drawn to these renovated historic spaces. “The first thing people often say when they come in here is, ‘I don’t feel like I’m in Worcester. I feel like I’m in Boston or New York,’ ” Eisenhauer said. Locating in an historic building has translated to major business success.

Since moving to the renovated property in 2013, Eisenhauer has been able to triple her staff and sales volume.

Virginia Orlando, co-owner of Seed to Stem, a specialty gift shop that has recently relocated to Crompton Place, also echoes the draw to setting up business in an historic building. “We’ve always been attracted to old buildings, the old brick and the light that shines in through the old windows. We kept that look in mind in choosing a location. It’s got that feeling that you can’t get from new construction.” 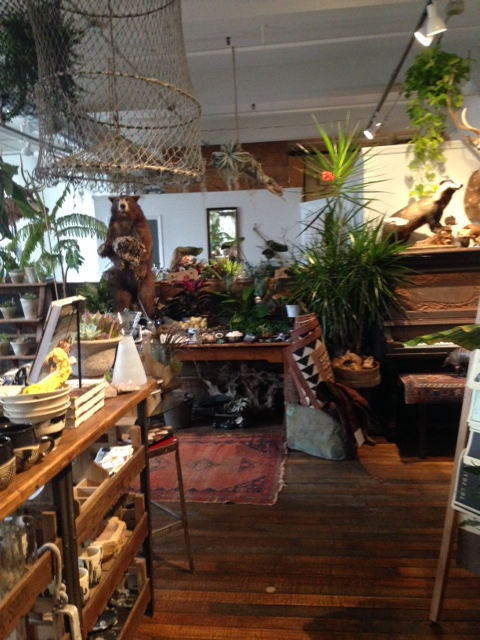 Choosing to locate a business in an historic property has also increased her customer base. “Customers find it more charming to be in old space and they comment on it all the time. It’s a part of the whole experience.”

Crompton Place, the setting for Seed to Stem and 16 other businesses, is a model example of an economically successful adaptive reuse of an old mill building, the former site of Crompton Loom Works. In October 2016, Crompton Place was chosen as the second strongest infrastructure project nationwide through the nationally acclaimed community development organization Strong Towns.

Its growing reputation in and out of Worcester is due to its conversion of an historic property into a creative mixed-use, neighborhood-rejuvenating destination spot in a walkable, transit-accessible locale.

Crompton Place is in the Canal District, which built its reputation and draw on the history of the area and its link to the 45-mile Blackstone River Valley corridor from Worcester to Providence. In 2014, President Obama signed into law the establishment of the Blackstone River Valley National Historical Park. Heritage tourism brings in dollars to a local economy. Heritage tourists tend to stay in locales longer, spending on hotel stays, car rentals, air travel, restaurant and retail purchases. States reap the financial rewards in more gas, hotel room and sales tax revenue. 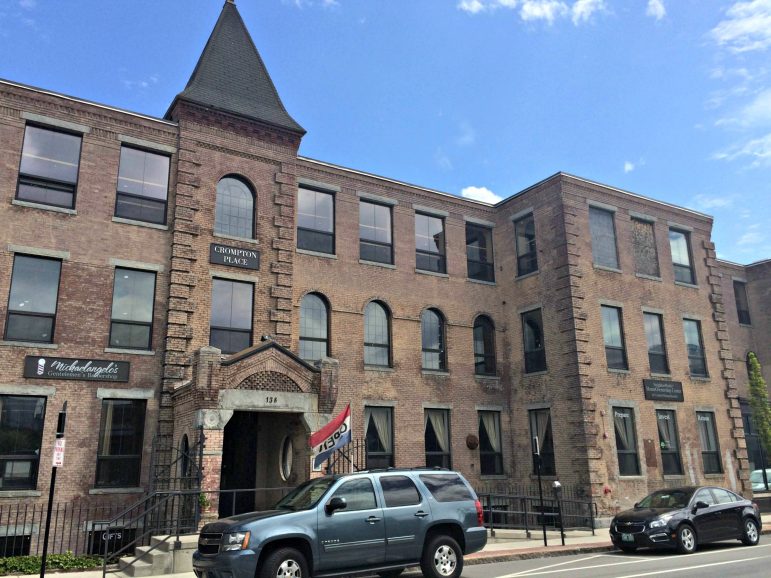 “We carry a lot of antiques, aged things and new things that are reminiscent of the old,” says Virginia Orlando of Seed to Stem. “It just makes sense to be in an old building.” Antique dealers belong in antique buildings. Vintage retailers belong in vintage buildings.

Look no farther than Lowell, and its downtown designation as a National Historical Park, to see how a city can capitalize on its historical infrastructure as a tourism draw. Will Worcester follow the example of cities such as Lowell, Providence and Portsmouth, N.H., to cherish our historic properties as economic assets and not economic liabilities?

Eisenhauer advises, “There’s so much amazing architecture in Worcester that gives the city character. If you build new, what makes you different from anywhere else? Nothing! Your history and architecture make the personality of the city.”

Imagine the compelling draw of living in the new downtown apartments in CitySquare and “The Grid,” with tenants looking out their windows to see the beauty and personality of Notre Dame’s twin spires jutting to the sky and the multicolored stones on the façade.

More people are desiring to move to urban cores because of the ease of living near amenities.  The trend toward walkable, dense, mixed-use urban neighborhoods provides an opportunity for a strategic and creative reuse of this architectural gem of Notre Dame.

New downtown tenants will need to have easy access to restaurants, grocery markets, retail stores and entertainment. A well-chosen reuse for Notre Dame could provide the goods and services that will be needed for a 24-hour neighborhood so that Notre Dame emerges as the key ingredient in the recipe for building an economically vibrant downtown.

According to a currently circulating petition initiated by Preservation Worcester and directed to Hanover Insurance, owner of CitySquare II, and City Council, urging them to halt upcoming demolition plans and explore reuse options, historic buildings such as Notre Dame “lend a sense of history, a sense of place, a diverse urban experience, rich in architectural character, and encourage more foot traffic and increased economic growth.

“In Worcester’s current effort to breathe life back into the heart of the city, it must consider the rehabilitation of historic buildings as an advantageous and worthwhile investment.”

Worcester resident Joyce Mandell is founder and director of Jane Jacobs in the Woo, a project dedicated to a year of community conversations and actions about building a vibrant Worcester in the spirit of urban theorist Jane Jacobs. Mandell, describes herself as a mom, community organizer, sociologist and community development specialist, former urban studies professor and a “general feisty rabble-rouser.” Jane Jacobs in the Woo can be found on Facebook here.