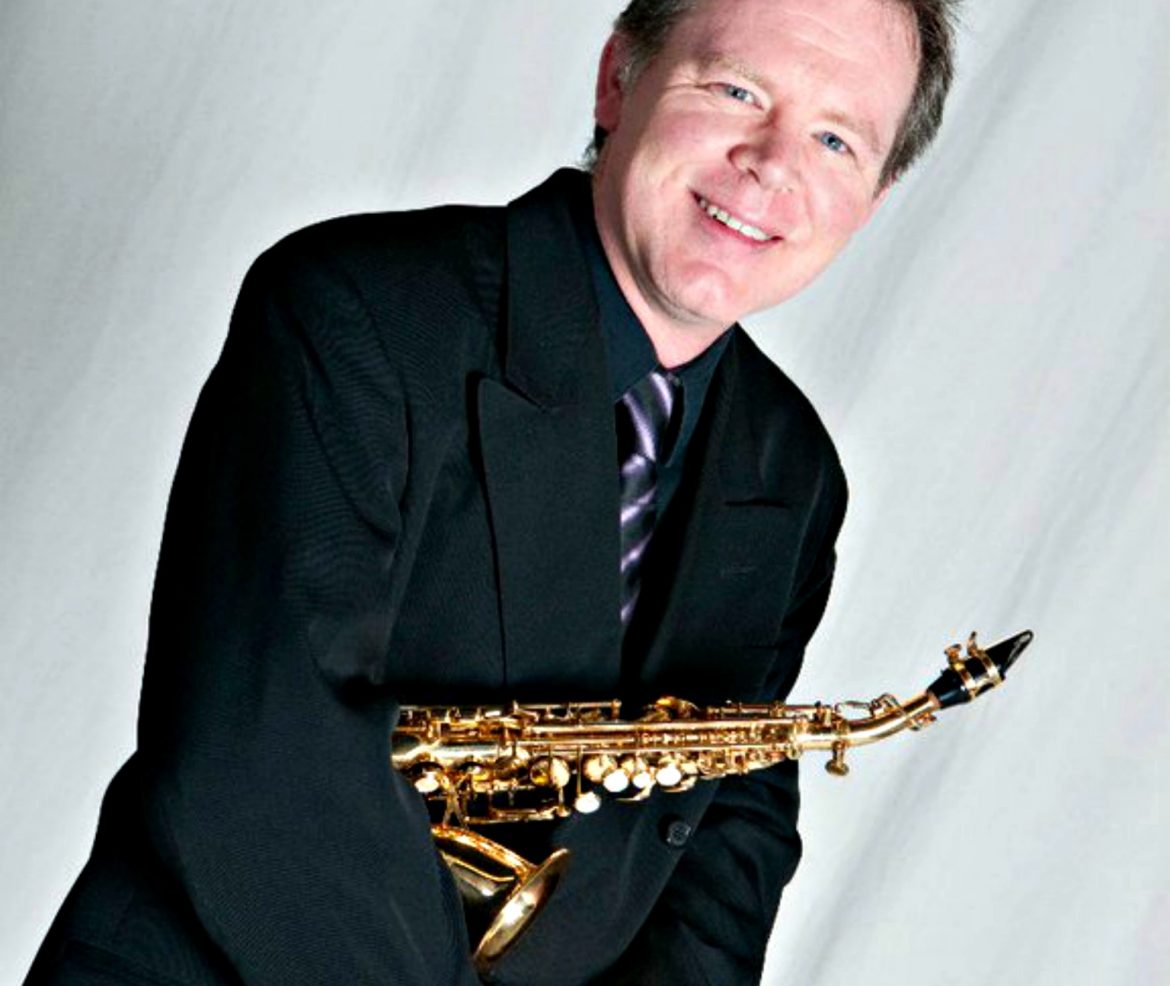 Making music for a living can be a fine thing — except for the part about making a living.

So why do so many people choose it as a career?

For Pete Levesque, it is a lifelong commitment to constantly tune a noble craft … of practicing, learning, and sticking with it … of showing your skills to the world on large and small stages. But it requires facing truths about yourself and doing what needs to be done for your family.

His career choice started on the infamous “Choose Your Instrument Day” when he was in fourth grade in Pennsylvania.

“I chose the saxophone because it was nice and shiny and it looked good. I wasn’t interested in the trumpet. That looked like it was going to be too hard to learn, and the sax was definitely cooler-looking than a clarinet.”

His father’s Smithsonian Jazz Record Collection was his first inspiration. But it was the innovative sounds and playing speed of Ornette Coleman, the father of the free jazz movement of the 1960s, that converted him to an apostle of the instrument.

“I’d listen to him play tunes that had some really fast rhythm changes to it … I remember just laughing at the thought that someone could play that fast. That’s when I decided what I was going to do with my life. I was going to try to play like that,” Levesque said.

“And then I went on to listen to everyone … from Paul Desmond, Duke Ellington, Charlie Parker … all the greats.”

“I decided to take music very seriously, even before college,” he said. “I attended UMass-Amherst and went in as a performance major. But I didn’t want to teach music. So from that point on, I wanted to make music my career.”

But life interrupted his pursuit of a Grammy.

After college he started a 17-year teaching career as a full time instructor in the King Philip school system in Wrentham, working with middle and high school students (1986-2003). He covered fundamentals to advanced skills on saxophone.

In fact, Levesque still works with students at King Philip as the director of its jazz combo program, something he has done since 2007.

The combo came in first place at the annual Charles Mingus High School Music Festival at the Manhattan School of Music in 2009, a very prestigious honor. 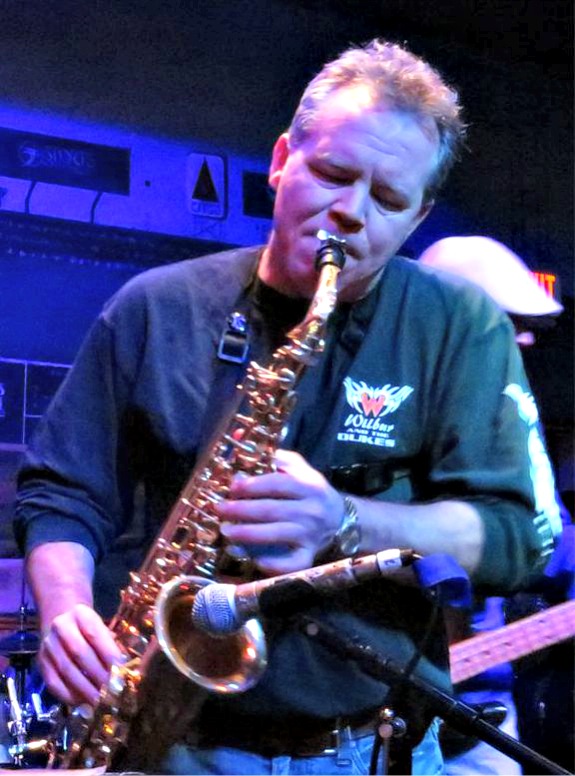 Levesque plays Jillian’s in Worcester … and he’ll be on Shrewsbury Street this week.

He is also an adjudicator for Central Massachusetts and Rhode Island All State festivals.

Closer to home, Levesque taught at Bancroft School in Worcester, and worked in the Worcester Public Schools as an elementary general and instrumental music educator in 2005-2006. He has also worked for Wellesley public schools and St. Catherine School in Norwood.

“Teaching in the Worcester school system was a big commitment. You’re certainly working when you’re in an urban school system such as Worcester,” Levesque said. “I think it was a big adjustment for me and I thought I could just play my sax on the weekends and make a few extra bucks that way. That lasted about six months, and then I worked it out so I could do both.”

Expectations on becoming a professional

Levesque said everyone who wishes to pursue music as their career must weigh the consequences. “This is really important because most people who go into music don’t understand that it’s kind of like being a professional football player.

“You might look around and you see people doing gigs in different places, such as weddings and performances, and you think, ‘Well, I can do this and I’ll be able to make a living.’ But for the most part, that’s not true.

“I once had a student who decided she was going to be a professional, but she didn’t have a great attitude and didn’t practice enough. She had talent and she could find her way around her instrument pretty well, but she didn’t work at it. And she wanted to go to Berklee College of Music in Boston. And I said, ‘Don’t do it.’ And sure enough, she didn’t finish.

“You really have to love doing this.”

Levesque acknowledged, “At first I also thought like everyone else … It will come to me … I’ll get better and things will fall into place. Most of my idols, like Jerry Bergonzi and others, are teachers. They play, but they’re teachers full time. They’re some of the best players in the world, but they don’t make their living playing saxophone every day of the year. There are very few who make their living that way.

“How many kids who go to Berklee really survive solely by making music? I’ll bet the percentage has to be very, very low.

“Even my professors in college said that you (as a musician) really need something else – like a bachelor’s degree. My path was a little more difficult because I wasn’t a music education major but a performance major. Today, if you have that bachelor’s, all you have to do is take a test and you can teach,” he said.

When his two sons were very young, Levesque also taught private lessons “because I thought I wasn’t providing enough for them.”

Struggles along the way

Levesque said teaching took its toll on him physically and musically.

“When I first took my full-time job (teaching), I’d be beat and I really didn’t want to go down to the basement and practice … I’d do other stuff with my kids like play baseball or do other things with them. So under those circumstances it pulled me away from the music side.

“And sometimes there was just general frustration. Some weekends when I played weddings, I was making good money, but I’d be playing the same songs since I was 20 years old …. It got kind of old after a while and I thought about giving that up. But I couldn’t since I had two kids at home.

“I’ve made a lot of sacrifices to do this artistic thing. So why am I playing a Neil Diamond song? Why am I doing this? So that side of it can get frustrating,” he said. 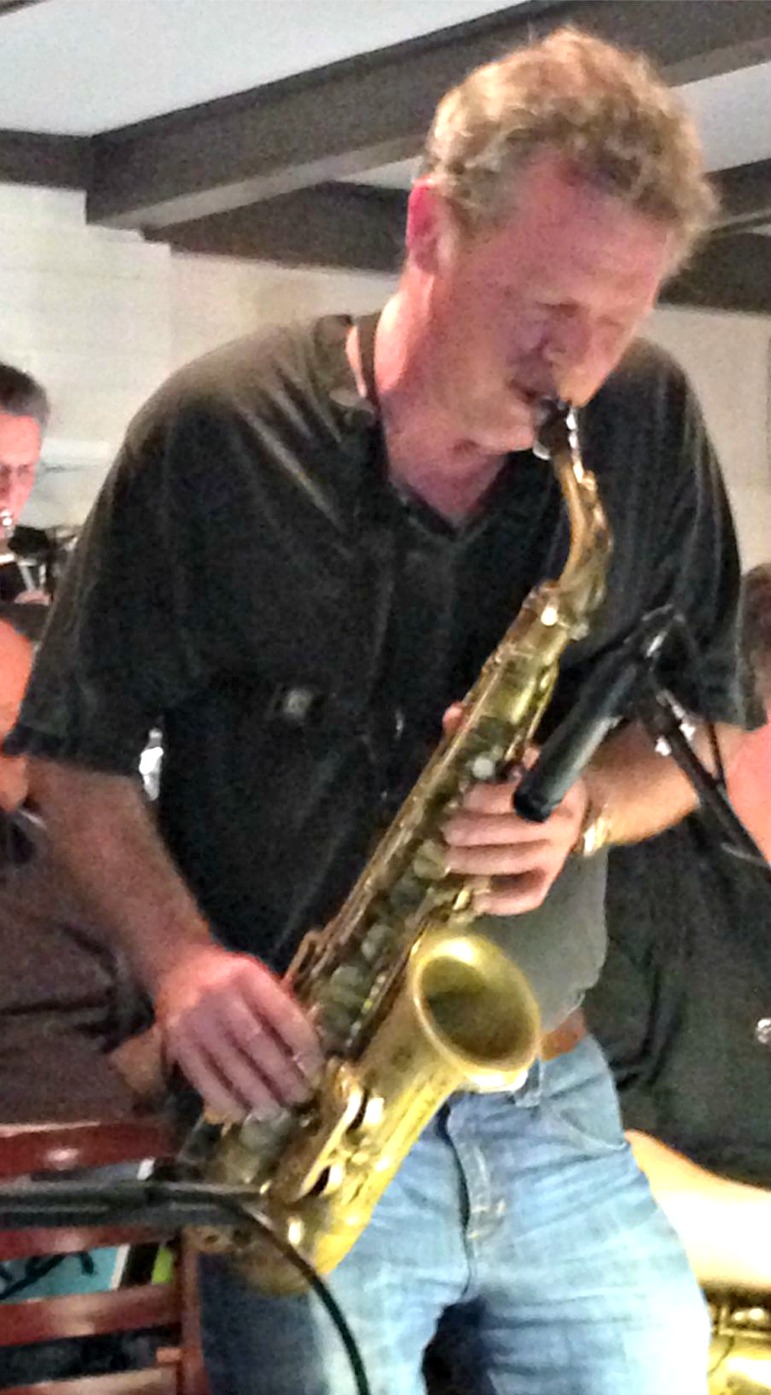 And all prospective professionals have to face the reality that one is not likely to “make it big.”

Yet Levesque, because of his work ethic and dogged pursuit, got to play alongside dozens of superstars. From the original Temptations, The Four Tops, Frankie Valli, Aretha Franklin, B.B. King, Matt “Guitar” Murphy, Ellis Hall, 10,000 Maniacs, Esperanza Spaulding, Jerry Bergonzi, and many others.

Levesque was also an original of the Worcester Jazz Orchestra, a 16-piece big band that delighted fans from 1994 to 2005. Eric French, a proprietor of a successful music store in Westborough, created the orchestra.

“There are rumors that we might start playing again, but we’ve played only a few times since our last gig at the EcoTarium in 2005. And it’s been at least three years since we’ve played. Our first gig was at the Blue Plate in Holden in 1994.” Levesque said he would like to record one album per year, for financial reasons and also for collaborative reasons.

“In the past, when you could make a record and you could sell 1,000 copies, you could actually make some money if I sold it myself or if a label did the bulk of the promotions,” he said.

Soon to be released, Levesque said his latest record, “Wander,” features five originals and five jazz standards and features some great musicians. It was recorded at Peter Kontrimas’ studio in Westwood, Mass., a great studio for recording live jazz – and that’s his specialty,” he said.

Levesque said he still has to work on getting the permissions and copyrights for the standards, and then it can be released to radio stations for airplay.

In the meantime, Levesque will be fronting a group from 6 to 9 p.m. Thursday, Jan. 26, at Basil n’ Spice on Shrewsbury Street in Worcester. For future appearances, check www.PeteLevesque.com for listings.

During the weekend of Jan. 7-8, Levesque attended a jazz conference in New York City, and a song from “Wander” was chosen as a favorite of the attending jazz radio personalities in a blind competition of newly produced music. With this distinction, Levesque, who was the only musician who did not have a label representative, hopes that a producer may take note and decide to promote the album.

The conference also highlighted some of the shortcomings for writers and producers of music in the 21st century with the addition of internet music providers such as Spotify, Pandora and others.

He added, “She said you cannot blame the record companies … you have to blame the publishing companies, such as ASCAP and BMI. They just collectively took everyone’s publishing royalties and basically eliminated them … channeling all markets to these” streaming music companies.

ASCAP and BMI were supposed to protect the true creators of the music.

Not that long ago, ASCAP and BMI would police the use of “their” music in bars and restaurants and other meeting places and charge owners of the establishment a fee for playing Beatles, Stones, Led Zeppelin — any music that was licensed under their purview.

“If one gets a copyright from ASCAP, they should take care of me on my copyright,” Levesque said.

But that has all disappeared, Shriver told the New York audience. The providers provide a pittance of a royalty for original, copyrighted material. For instance, Spotify and others determine the reimbursement, which in many cases is a hundredth of a penny ($0.001) per listen.

For example, according to Levesque, Meghan Trainor of Nantucket scored the number one Billboard pop hit in 2014 with “All About That Bass” with over 100 million “hits” or listens. She earned a check for $5,000 from Spotify.

“For $5,000 today, you can’t even produce (record) one pop song for that,” Levesque said. “So those numbers can become really frustrating. But I’m not going to put down my saxophone and quit … Another person that I know received a check from Spotify for 3 cents. Hell, the stamp costs more than 3 cents!”

According to the consensus of attendees and Shriver, this practice will continue, Levesque said.

On a brighter side, the conference did note that there is a limited market for traditional CDs. Some people will still buy them because they will never download music and prefer to listen at home or in their vehicles.