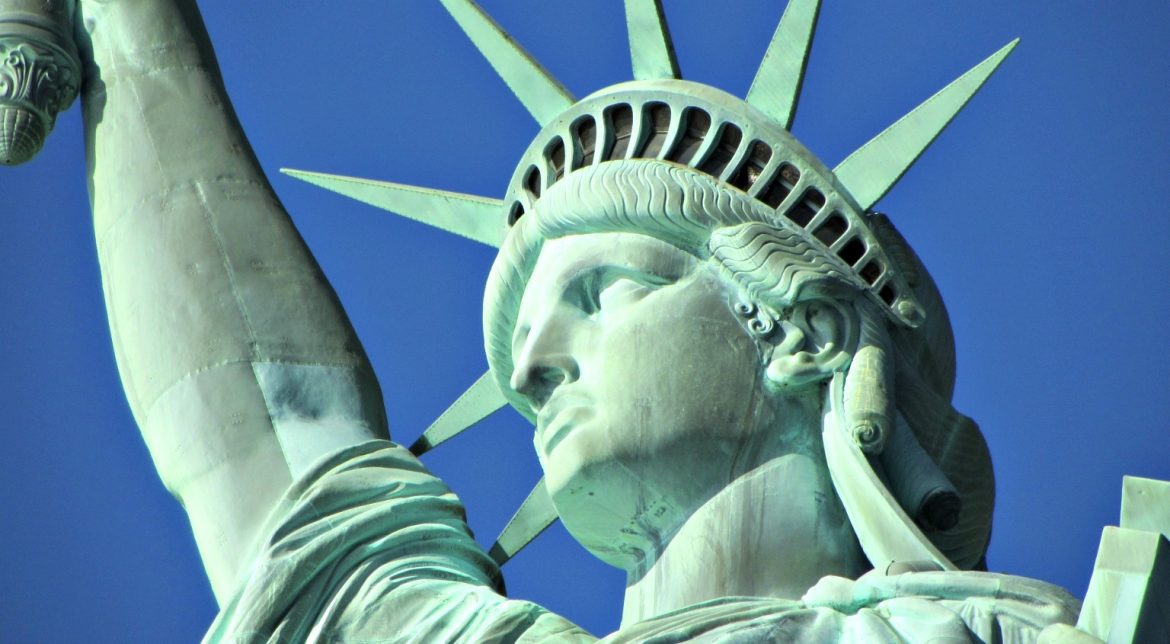 “Give me your tired, your poor, your huddled masses yearning to breathe free.”
— Emma Lazarus, from New Colossus, inscribed at the site of the Statue of Liberty

I remember the day my mother became an American citizen; it was one of the proudest days of her life. She loved America and everything that came with it. But that did not mean that she still did not cheer on her beloved Montreal Canadiens whenever they played the Boston Bruins.

Similarly, my father-in-law loves our country. He came to America, from Greece, as a young man in search of the American dream. But he is fiercely proud of anything and everything connected to his Greek heritage.

Except for Native Americans, all of our families came from somewhere else.  Excluding those brought here in chains, our ancestors left the land of their birth in search of the blessings, opportunities and freedoms offered by our great country.

No other country, in the history of mankind, can claim that kind of lineage. It is what makes us different and exceptional.

As has been told countless times, our ancestors’ journey to America was seldom easy. Many immigrants came to their new country with little in the way of worldly possessions. They were often uneducated and took the most menial jobs when they arrived.

They also arrived to face the penetrating glare of suspicious eyes, damning whispers and contempt from their new countrymen.

In an effort to survive, these new immigrants formed insular communities. They lived next to each other in small, ramshackle neighborhoods, built their own churches and relied on each other to find their way.

And despite the contempt of many of their fellow citizens, it was immigrants who built our nation. They built the first railroads, bridges, and roads. They mined the coal that fueled the nation and worked endless hours in our factories. In our history classes, we learned about innovative industrialists like Henry Ford and Andrew Carnegie. We exalt their achievements as examples of the greatness of our nation. However, we seldom discuss the humble men and women upon whose shoulders these industrialists stood.

It is also important to remember that the bodies of these new Americans and their children littered the shores of Omaha Beach and the battlefields of Iwo Jima in defense of their beloved America.

Today, many of us have forgotten where we came from, who we are, and what makes America great.

Like past generations, we face the arrival of a new wave of immigrants. These immigrants come with darker skin, speak different languages, practice different customs, and many hold to a different religion. When you think about it, how is that different from our immigrant ancestors?

Today, America is under attack from a ruthless enemy. These radical terrorists have inflicted their greatest damage, not in the blood they have shed on our shores, but in the fear they have injected into our hearts.

That fear has led to many of us asking that the flame of the Statue of Liberty’s torch be extinguished, at least for some time. Others have asked that we force Muslims to “register” so we can keep track of them. Unfortunately, this kind of paranoia is not new.

Many years ago, America was attacked by a ruthless enemy. In World War II, Japan devastated the U.S. Pacific Fleet in an unprovoked attack on Pearl Harbor. Thousands died or were wounded.

One of the consequences of that attack and our subsequent involvement in the war was the internment of 110,000 to 120,000 loyal Americans into camps. Of those, 62 percent were already American citizens.

Out of fear and rationalized by our prejudices, we rounded up otherwise patriotic citizens and forced them to live as prisoners in camps solely based on their Japanese heritage.

That action remains a stain on our glorious history. In 1988, President Ronald Reagan signed a law apologizing for the internment, admitting that the government’s actions were based on race prejudices, and ultimately paying $1.6 billion in reparations to those families.

Certainly, we need to ensure, to the very best of our ability, that those who come to our country for refuge do not come intending to cause harm. They should be vetted and we should insist that they pass the most stringent background checks.

But our current political rhetoric is antithetical to our country’s identity and history. 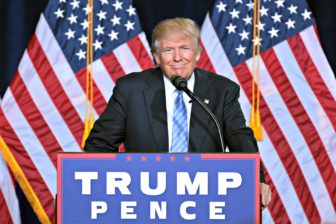 President Trump, during his election campaign, fanned the flames of fear by referring to terrorists, rapists and drug dealers when talking about immigrants. At one point he called for a halt to new immigrants based on their Muslim faith. Then he changed that to halting immigration based on the country of origin, the vast majority of whose citizens are Muslim.

His words, while politically opportunistic, also give license to those who would ignore our immigrant-rich past.

It is impossible to read the words in Emma Lazarus’ sonnet, which are inscribed on a plaque at the Statue of Liberty, and not be inspired:

Not like the brazen giant of Greek fame,
With conquering limbs astride from land to land;
Here at our sea-washed, sunset gates shall stand
A mighty woman with a torch, whose flame
Is the imprisoned lightning, and her name
Mother of Exiles. From her beacon-hand
Glows world-wide welcome; her mild eyes command
The air-bridged harbor that twin cities frame.
“Keep, ancient lands, your storied pomp!” cries she
With silent lips. “Give me your tired, your poor,
Your huddled masses yearning to breathe free,
The wretched refuse of your teeming shore.
Send these, the homeless, tempest-tossed to me,
I lift my lamp beside the golden door!”

And her name: “Mother of Exiles.”

Today, we are watching to see what members of Congress will do to further restrict legal immigration. And there are some states that want to take matters into their own hands.

The Associated Press has reported that although Montana took in only nine refugee families in almost all of 2016, it wants the ability to allow cities and towns to request a moratorium on resettlements in its communities. In other words, now that my family is in, we can shut the door.

I remember hearing a high school graduation speech when I was mayor. Speaking for his fellow graduates, a young man recounted his journey to America from Vietnam. We learned that he fled his country on a rickety wooden boat. Along that journey his mother fell overboard and drowned. Delivered with a heavy accent, his speech was riveting and when he addressed his “dear mother,” the entire auditorium was in tears.

If you believe in the promise of America, if you think about how our nation was formed and on whose backs it was built, I cannot understand how you can ask that we close the doors to our great nation.

We should not deny a legacy that has made America the envy of the world. It is precisely this heritage that makes America great!

12 thoughts on “Mariano: To Trump and the Republican Congress, in defense of immigrants”