With a bunch of colleges around, including three which rank among the most liberal in all the land, you generally won’t have to search too far for a protest — or at least a heated conversation over lattes and cranberry scones — especially as the Era of Trump ominously descends upon liberals and free-thinkers everywhere.

Hitch, ever the progressive, picks up the baton amid the roiling debate over immigration policy and sanctuary cities. 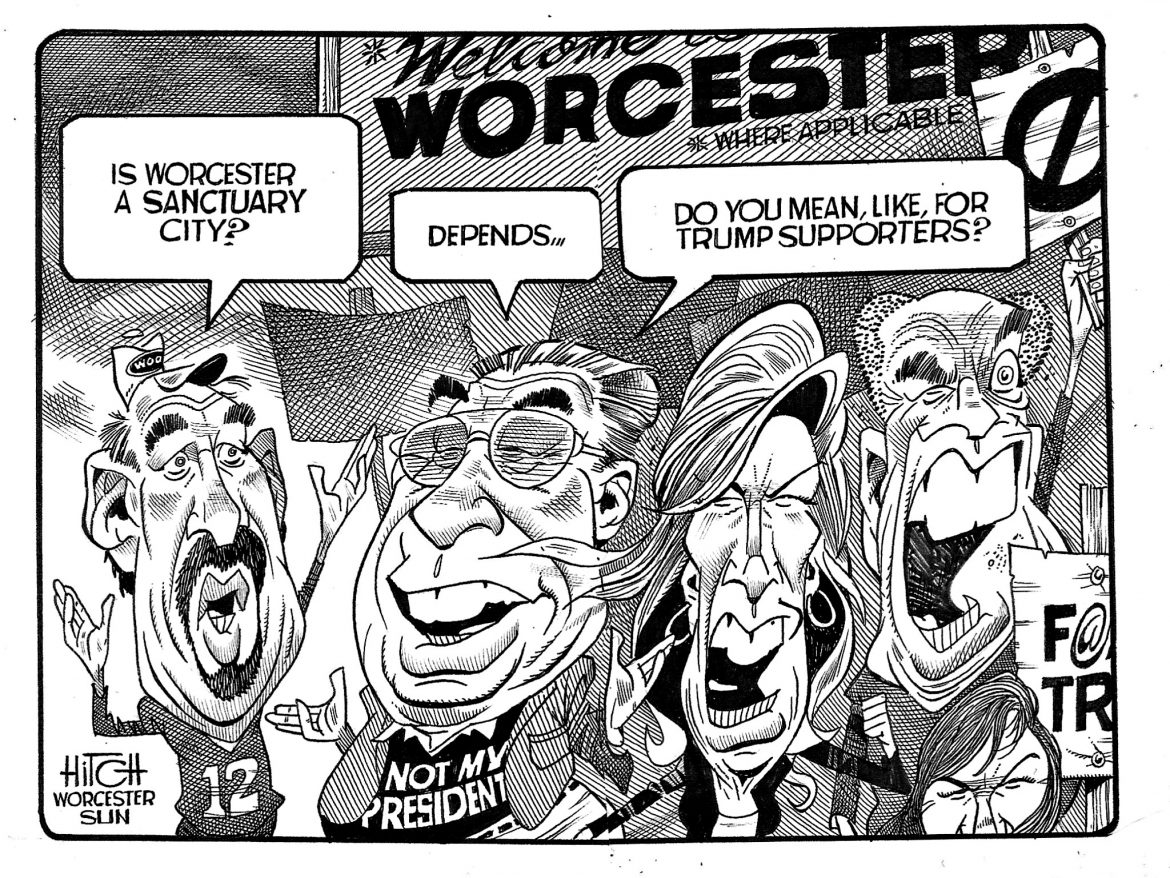