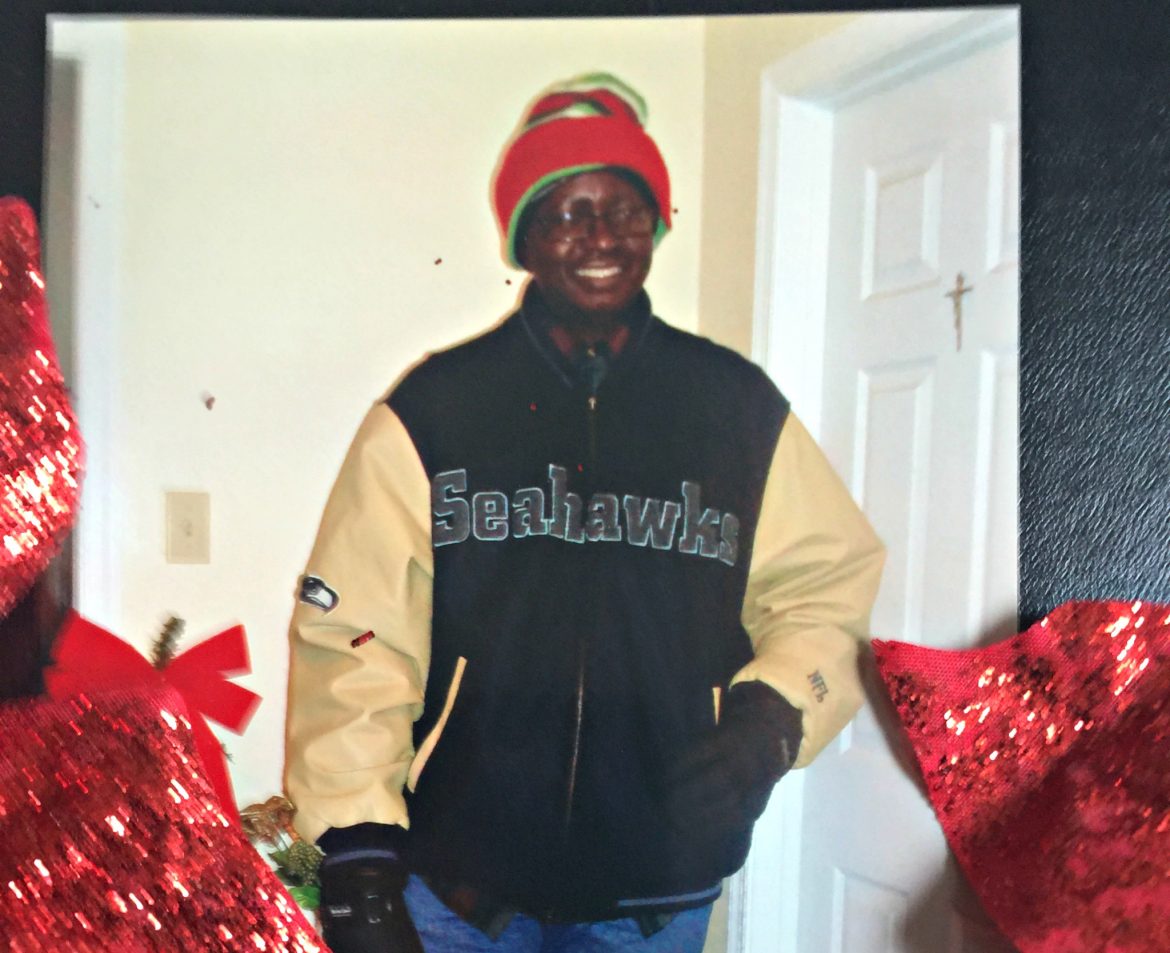 A picture of Augustine on his first day (well, night) at work at Seven Hills.

Life was hard as our rent and bills piled up.

Our food stamps and financial support were reduced. I worked and worked but rarely saw the money. My wife, Theresa, took control of the little salary coming in. She suspected I was too generous and might want to send help to the many people we knew in Africa, even while we suffered.

I thought of my friend David Jordan, president of Seven Hills Foundation. He was the man who had promised me a job, and my wife too, if we had our driver’s licenses. I did not know the nature of the job, but I knew I wanted it.

Getting the license was a big deal. I was prepared for the driving test. Affording it was another question. I fought hard and sent messages to friends who had lived in America for a longer time. Two of them sent me a total of $300. That was enough for the road test, so I went.

I made a mistake by touching the yellow line right by the RMV. The examiner said I had failed the test. I could not object, and in 10 minutes I was dropped at home, quite sad and thinking the examiner was out to get me. But I soon scheduled another test, this time at Central Mass. Safety Council in West Boylston. I went with the examiner for more than 20 minutes. He kept giving me questions on signs; I made a three-point turn; and parallel parked.

I passed with ease. I was given the license. My whole house rejoiced as though I had just found a big diamond.

Augustine’s last chapter: New Year, Tough Beginning Or scroll down to catch up from earlier in the remarkable tale

I rushed home, took my old car and drove off to Hope Ave. for the job.

I got an interview, but the manager said the job was only part-time. My friend was contacted and asked me to hold on. I wanted a full-time job due to the many problems we were faced with. Theresa was still without a license or a job. It was on me now to improve our quality of life.

After waiting for a few more weeks, I had started engaging with and applying to newspapers. Richard Burke, the one who had given us $500 for our first car, had invited my family to a dinner at his home in Worcester. We liked it because we got to know a lot more people. I was introduced to Chris Sinacola, then an editor and columnist for the Telegram & Gazette. Richard introduced us, and I told Chris how I was a reporter in Africa and had sought asylum here escaping the wrath of now ex-president Jammeh.

Sinacola became a link with the T&G. We exchanged emails, and he asked me to keep in touch. He eventually alerted me to an opening for a reporter. I was delighted to apply there. I was invited for an interview. They liked my application. A good number of candidates applied. I had to defend my articles to explain why they sounded too hard, more opinionated than a typical American news article. My interview was tough. I was not yet used to the terrain of the Worcester area, and my job was going to be based on going to towns closer to Framingham. I did not know where that was, and I had no good car with no GPS.

After my interview, with the questions I had to answer, I knew there was a problem. 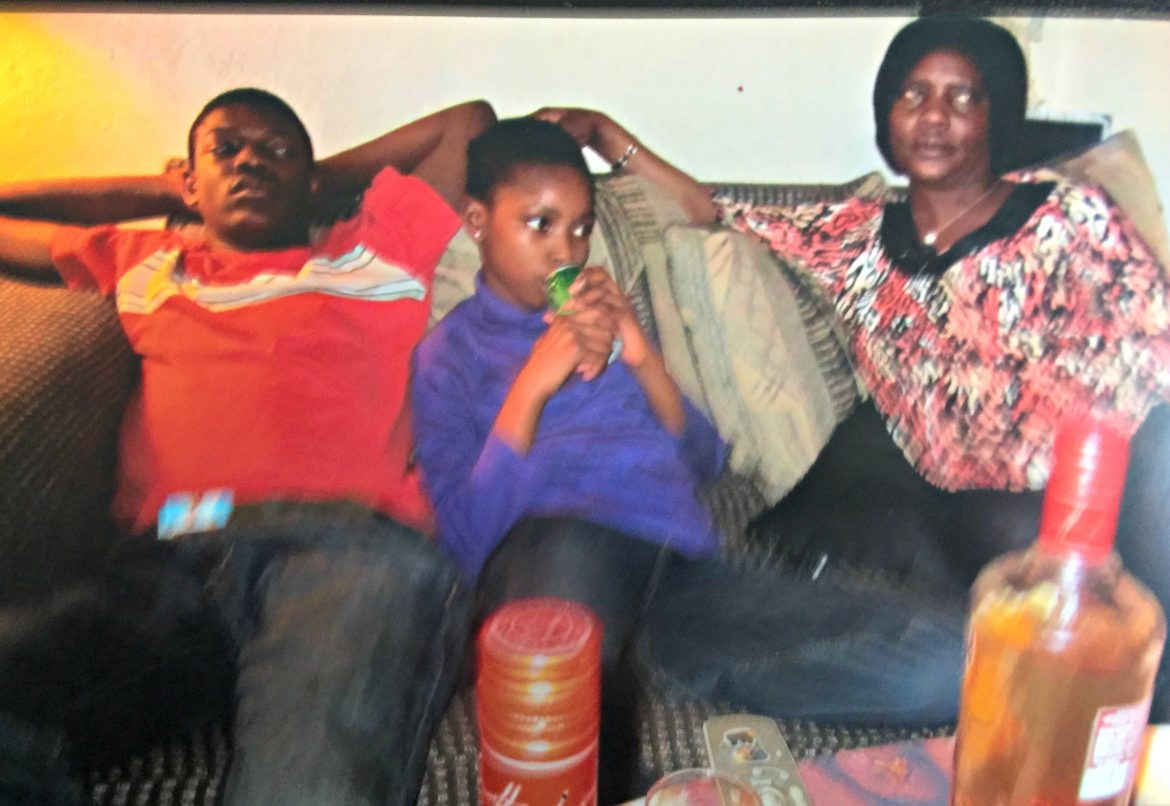 Glen, Mary and Theresa were all anxious for Augustine to find a new job, too.

Then there was a call. I answered instantly after Theresa jumped as she passed on the phone. “Good news!” she said: It was from the Telegram.

Someone said, “Telegram & Gazette regrets to inform you that your application was not successful at this time. We could not employ you this time due to a few reasons: You have the writing experience but you have not gained enough experience in Worcester County to be able to handle the position. Secondly, you do not have a reliable car. When such problems are [resolved], the Telegram & Gazette would not hesitate to employ you, thank you.”

Thank you Telegram and God bless you, I thought in disappointment.

Theresa was quite discouraged. She knows what I have achieved in writing. A few days later I decided to press Seven Hills on where our hopes rested. A friend, in conversation, said Seven Hills does not pay well and wondered why I would want to go there. Well, for now, I would accept any job that can make me look like a man.

I was called again to go for an interview at a group home in South Grafton. The lady was too nice, she introduced herself as Maya. This was my new boss. She appeared very pleasant. I think I was the second person to be interviewed. It was well done. I thought I handled her questions well and got to know her. She was also new in the position. She was going to practice her interview skills on us, I thought.

I was successful. I got night shift and would be able to do the same work as the day shift for a dollar more an hour. The work was not hard. It was all housework, which my grandmother had taught me from a very young age so I could be useful when she was not around.

The work challenges would start by the next week, but I was quite excited.

Well, I said to Theresa, I will go to Quinsigamond Community College to find out how to get into school. Theresa thought I should tell Monica Bond, our instructor at Lutheran Social Services (now Ascentria Care Alliance), but I felt she was another problem behind my back. Everyone knew I was overqualified for that refugee school she kept me in. She decided to try me for the qualifying test in Mathematics before I went for the English exam, the one I understood better. I could have gone to QCC by myself, taken the test and started my course. But going through Lutheran Social Services was a blessing, because the program was free from the start until one got student loans or other aid based on their grades. Why did Bond focus on me doing Mathematics first? I thought it was because she wanted to prove to everyone that I was not college bound. 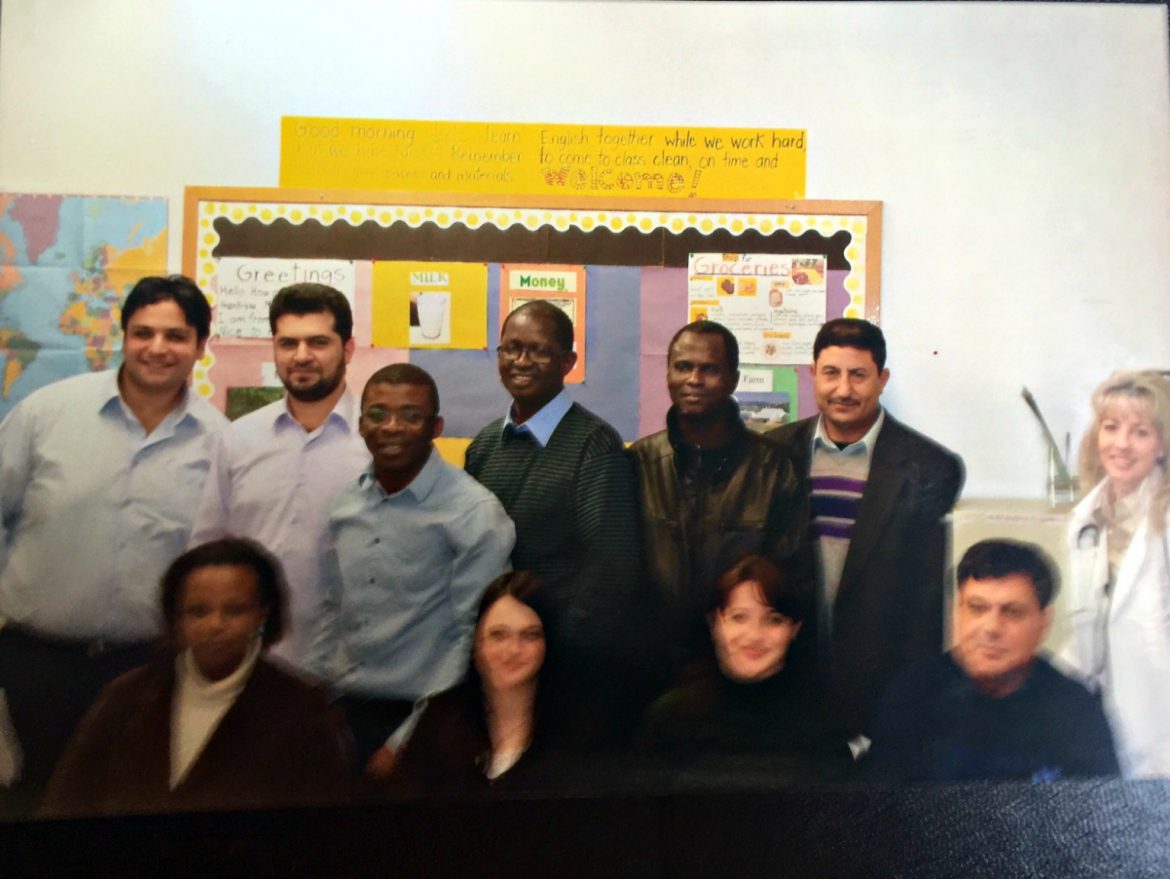 I did the Mathematics with another student. I scored high enough for Bond to send me for the English test the next day. I rejoiced all over the place; that was my best subject. I cleared it with ease. I had no doubt I was overqualified for college work. My college education started from this point.

I felt good about myself, that things were working out for me: My job had started and I was going for my college placement test. I was in haste to make a name for myself that year and to start my career. I had missed education in Sierra Leone, where I was brought up by my grandmother, who could barely provide meals for us. She was quite a strong woman and wanted me to be educated. She prayed all the time for me to become a teacher. In those days teachers were the most educated, so she wished for me to become one.

When I was asked to go for the Accuplacer test at QCC, I started off with Mathematics and was terribly afraid. But that was the only sure way to get started. I worked at the test for hours on end, but I could not complete it. I was the only potential student left in the room. I finally handed it in. I had no idea how to solve many of them, and I could not guess as I did with the pre-test. This was real. I failed badly and was advised to do it again. There was no harm. I joined students in a math boot camp to try to upgrade my chances before I tested again.

The boot camp was intense and I was gaining nothing.

The teacher concentrated on me and gave me extra attention. On the last day, we took the test and I scored even lower than I had previously. Was the boot camp necessary? No, I thought quietly within myself. I was not even technically eligible for a beginner’s math class. My English score put me in English 101, to the surprise of many. If I had passed the math, then I could have been placed in an honors class.

I had already worked for a day at my workplace. And I would start my college education, so despite the disappointment it was a true joy for me. It was going well. Going for evening classes was my only difficulty: I wanted to be like a normal, young college student. I thanked my God for the opportunity of going to school in America, which was impossible in Africa for the lack of money. I placed my QCC parking sticker on the windshield. I was very happy.

I faced the most uphill task adjusting to my new job with Seven Hills. I was very uncomfortable with my new boss. She seemed very unhelpful and did not appear to understand my position. The first day I started working in the Grafton House, she made sure I was served a warning letter the next day. As humble as I am I would not argue with her. But it was becoming habitual. She apparently had several employees reporting to her on co-workers’ mostly minor shortcomings. Perhaps it was because I was the only Sierra Leonean among Kenyans, Ghanaians and a Latino. My boss even reprimanded me for not being friends with the other employees at the house.

But we all found out later that she was only trying to secure a new, higher position. By her nature my boss is a kind person and loves children.

We began getting money from my job. Our rent was $750 per month then, but our food stamp allowance dwindled with the better salary. And work was getting tougher. I was reprimanded for coming late while others came even later and the boss remained silent. I had nowhere else to work nor another way to pay the rent. School was equally not easy. But I made good grades, and I was given scholarships. I enjoyed the facilities at QCC and was even given special gifts at presentations.

At the same time, I felt a pinch from some French refugees from Central African Republic. They were quite pathetic and could not speak any English, so it was difficult for them. There was nothing else I could think to do but set up an organization that dealt with refugees, teaching them English, since I speak French. That was when Humanity First Inc. was born.

15 thoughts on “The unbelievably true story of Augustine Kanjia continues … Part 31: Job Offer Sends Me Back to School”