In Worcester, where our red-stitched roots run as deep as any American city, it’s never too early to talk a little baseball.

Sure, snow’s been falling and the temperatures are dropping, but the Worcester Bravehearts already have their sights set squarely on another round of spring and summer nights at Hanover Insurance Park at Fitton Field.

“Most people think it’s too early to talk about baseball, but some of our players get to work in late January or early February,” said Dave Peterson, general manager of the Bravehearts, who will begin their fourth season in the Futures Collegiate Baseball League on June 2. “So, talking about baseball [now] is exactly what we should be doing.”

The team recently announced 11 players from last season’s roster — which produced a regular-season best 37-18 record — are expected to return for 2017. That list includes six players from Massachusetts, five 2016 Futures League all-stars and four players from the Worcester area.

Dante Ricciardi of West Boylston, back for his third season with the Bravehearts, headlines the local quartet, along with fellow Worcester Academy alum Nick Barry of Grafton, former Holy Name star Joe Caico and Jack Riley of St. Peter-Marian and West Boylston.

Ace pitcher Frankie Moscatiello — of New York, not Grafton Hill — is among the other seven named returnees. Bravehearts officials expect to announce to rest of the 26- to 30-man roster throughout the winter. 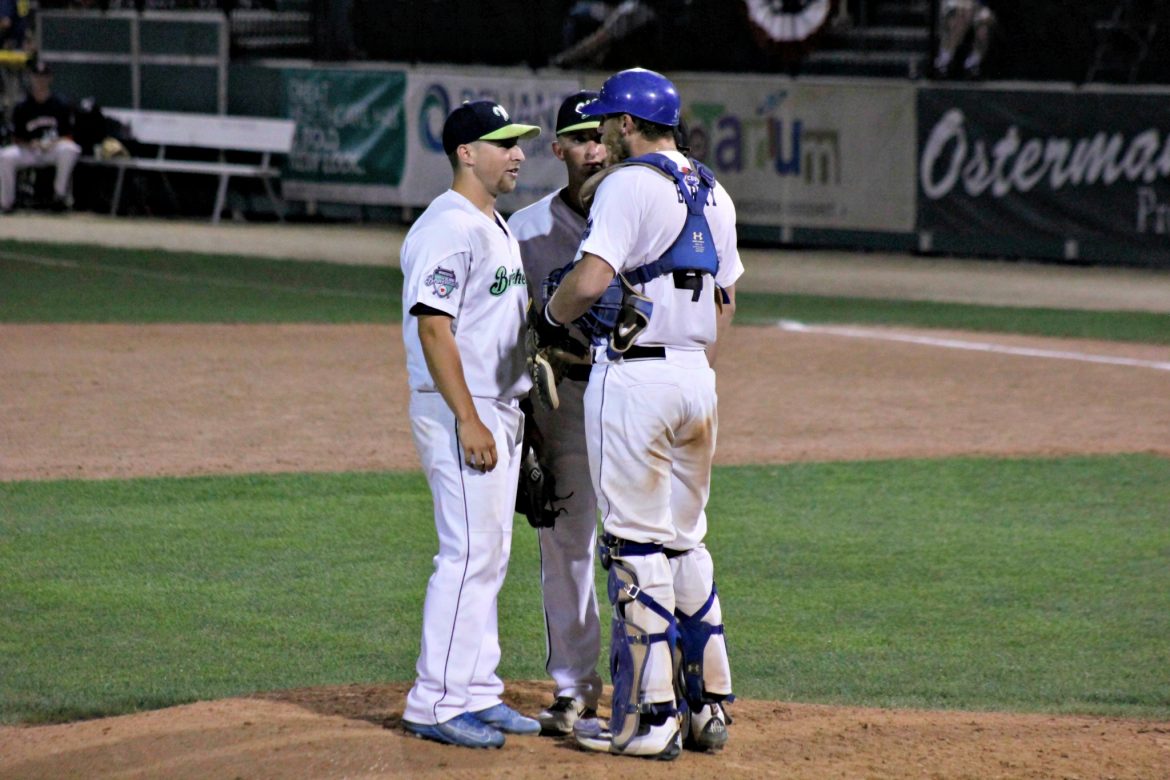 Nick Barry, right, talks with Bravehearts ace Frankie Moscatiello, while Dante Ricciardi listens in. All will be back in 2017.

For his part, Riley — son of SPM legend and former Red Sox farmhand Ed Riley — is poised to be back after a two-summer hiatus and wouldn’t have it any other way.

“I love coming back home for the summer and playing for some of the best fans around,” said Riley, a left-handed pitcher. “I’ve played in Wisconsin for the Northwoods League, which is one of the most prestigious collegiate leagues, but nothing compares to being home.

“There is just something about playing at [Fitton Field],” he said. “I grew up in West Boylston but spent my time in Worcester, especially during the summer, and that hasn’t changed.”

Riley, who originally signed on to play collegiately at UConn, is transferring to UMass-Lowell.

“We are excited to have Jack back this summer,” said Bravehearts assistant coach Kevin Hartigan. “Jack’s strength is his hard work and his great changeup that fools even the best hitters. His slider also keeps hitters off balance.”

According to Peterson, while these young ballplayers have been instrumental to the Bravehearts’ consistent success, many have had a significant impact off the field, as well.

“The best thing about our players is their dedication to the Bravehearts name and what it stands for,” said Peterson. “We are all about community involvement and connecting with the kids and creating a great experience for our fans. This group of players [is] actively involved in the community through their own merits and through volunteer opportunities with the Bravehearts.” 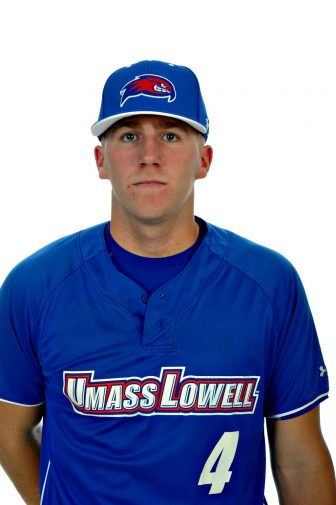 Barry, Riley’s soon-to-be college teammate and starting catcher for both the Bravehearts and River Hawks, is chief among the players in this regard.

“I am really blessed to be a part of this community,” said Barry, who guided the pitching staff, which included 12 different starters, to a 3.79 combined earned run average last season. “I am not the only one heavily involved in the community through volunteer work, and I think that’s the best part.

“I get to volunteer with my friends and teammates, some of which I’ve known for a long time and not just through the Bravehearts, but also through the help of my family. I’ve worked in soup kitchens with my family growing up and it is something that we still do.”

Barry quickly became a fan favorite this past season because of his work with kids at youth baseball camps, but especially because of his relationship with the team’s recently named 2017 honorary captain, Krish Vyas, an 11-year-old from Shrewsbury.

Krish, who plays in the Shrewsbury Challenger Little League, became a team fixture after a pivotal, impromptu pep talk late in the 2015 season spurred the Bravehearts to their second straight Futures League championship.

“Hanging out in Worcester often includes visits to Krish from me and some of my teammates like Dante. It’s great to be able to teach the kids about baseball and build a mentor-like relationship,” Barry said. 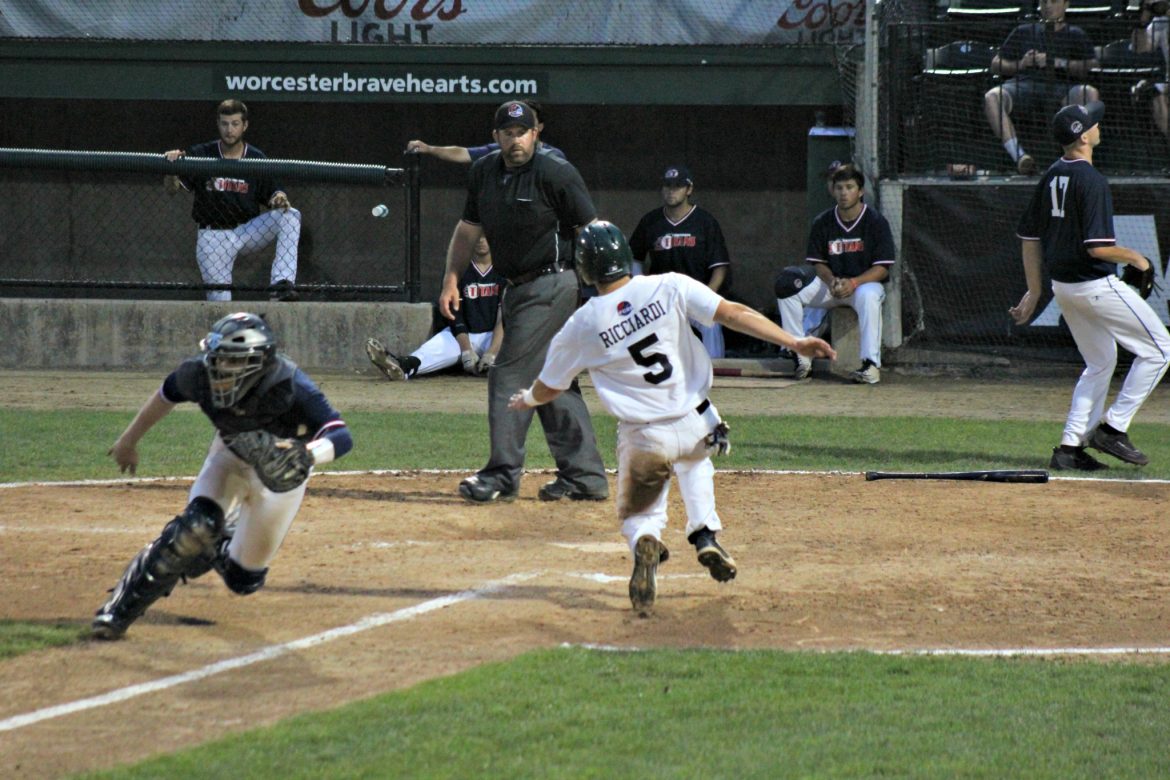 Ricciardi slides home with a run during a Bravehearts game last season.

Dante Ricciardi, the son of ex-minor leaguer and current New York Mets special assistant J.P. Ricciardi, hit .301 for the Bravehearts while playing mostly second base last season. But after a freshman year at Georgetown University and now at St. Petersburg (Florida) College, Ricciardi has home-cooking more than home plate on the mind. Sort of.

“Summer in Worcester is spent on the field, but before and after practice or games I love to go out and enjoy Worcester,” said Ricciardi, whose 23 RBI were fourth on last year’s team. He name-checks Lake Ave. landmark Regatta Deli and Shrewsbury Street staple Dell’Ovo’s Kitchen as favorite spots.

Selected by the Seattle Mariners late in the 2015 Major League Baseball entry draft (39th round) after a standout career at Worcester Academy, Ricciardi believes he needs the college and summer ball experience before tackling professional baseball. 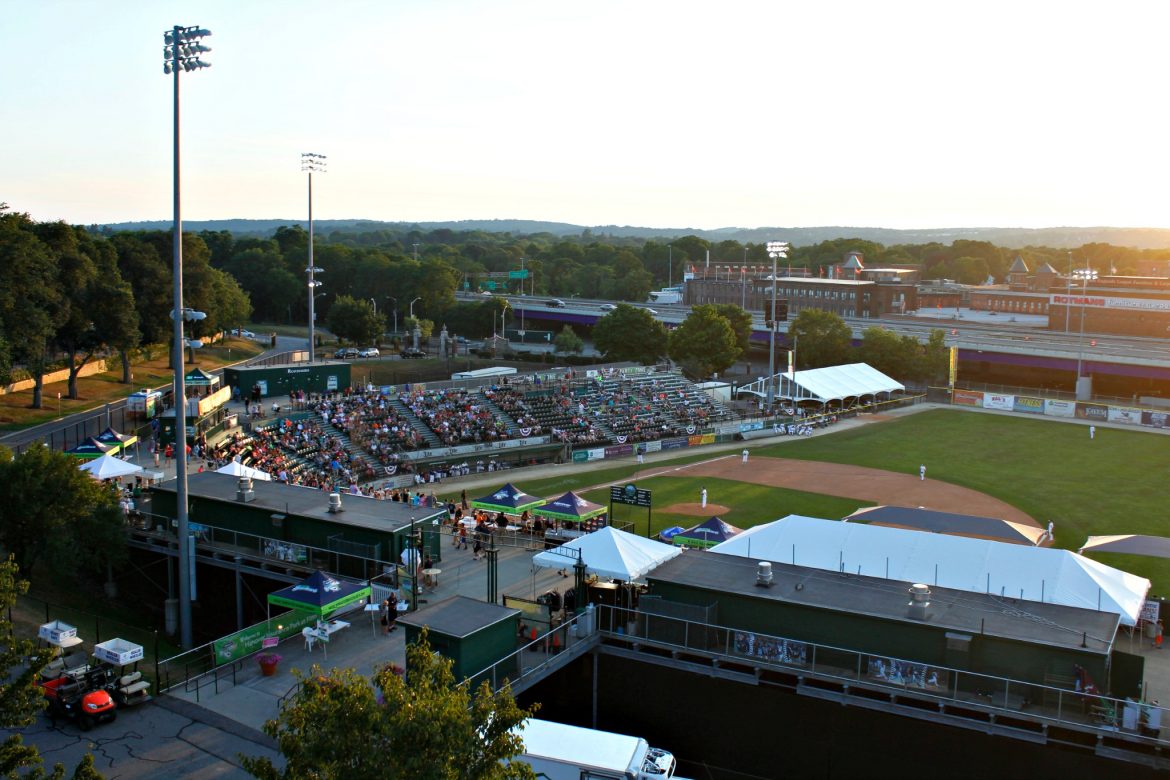 “Worcester will always be my home, and when I was drafted I just wasn’t ready to go pro,” he said. “I felt that I needed to perfect my craft and master my position as a shortstop, which I believe I am doing now.”

“Last year he … got some key game-changing hits and RBIs for us. He is a team leader in the clubhouse – always giving advice to the younger players — and works hard during our pregame practices,” said Hartigan, the assistant coach.

A retired Worcester firefighter and West Boylston resident, Hartigan has been coaching baseball in the area for nearly three decades and has scouted for a number of Major League teams. He sees a breakout season coming for Caico, a left-handed slugging outfielder.

Caico, who grew up in Hopedale, hit five homers last summer, tied for second on the team. 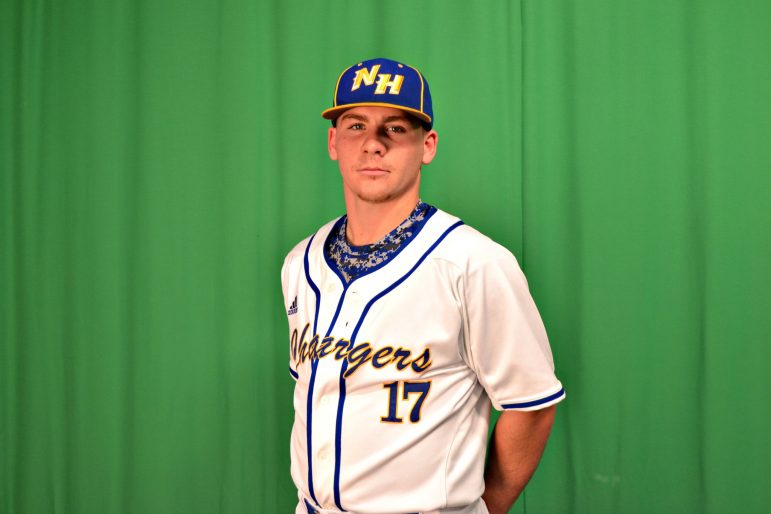 “I have been playing baseball since I was seven years old,” he said. “Each year, I just try to get better. I have to work out hard and eat right so I focus on driving the ball and making sure I’m doing all that I can.”

With a base of local talent returning and three years of thriving in the Futures League in the rear-view mirror, the Bravehearts front office is practically bursting at the seams to get another season underway.

“Dante, Joe, Nick and Jack are tremendous people with tremendous personalities and exceptional strengths,” Peterson said. “And we can’t wait to kick off the new season.”